5/6 Update: we forgot to mention in the initial listing that this sale includes an OEM stand: 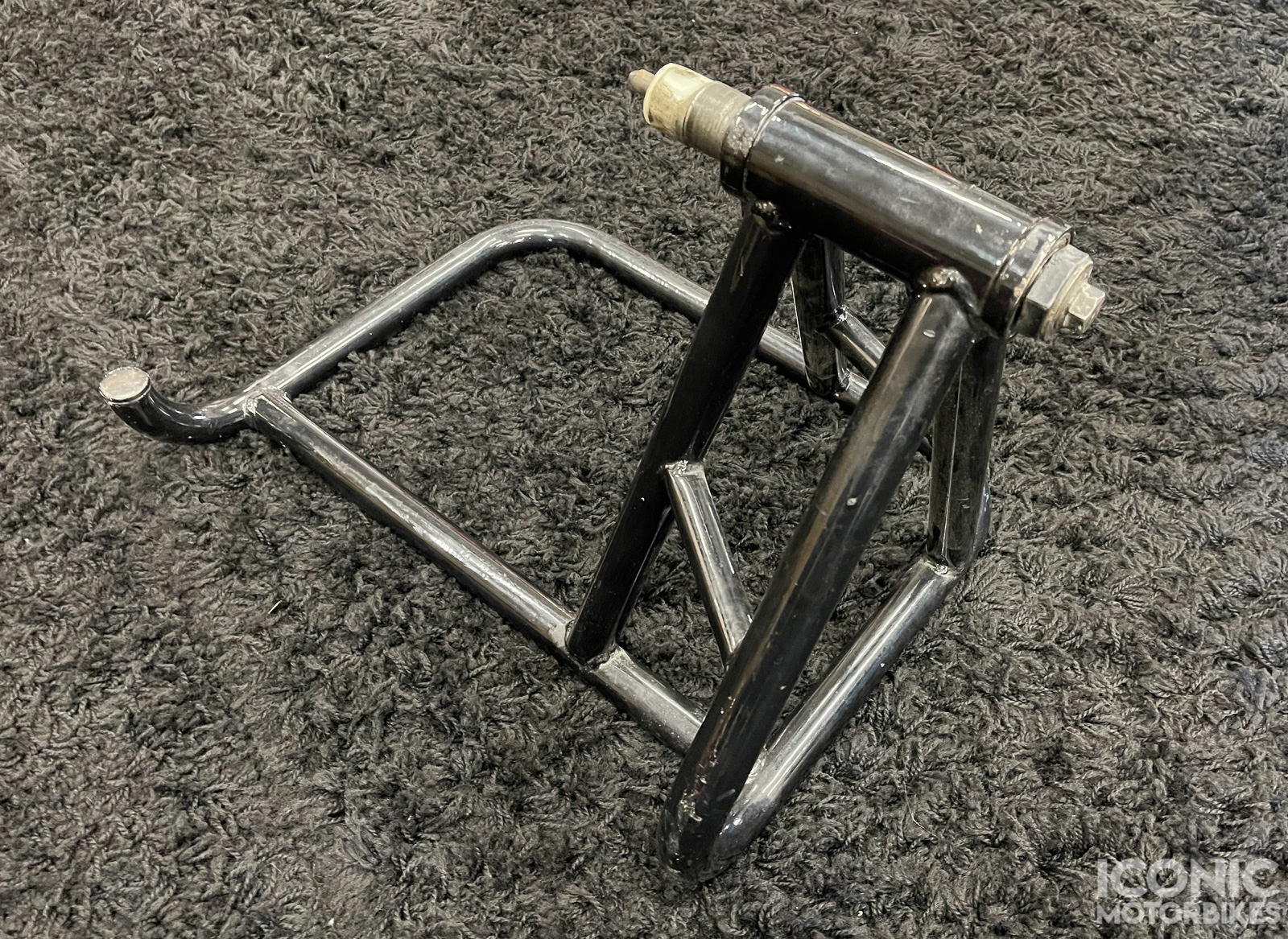 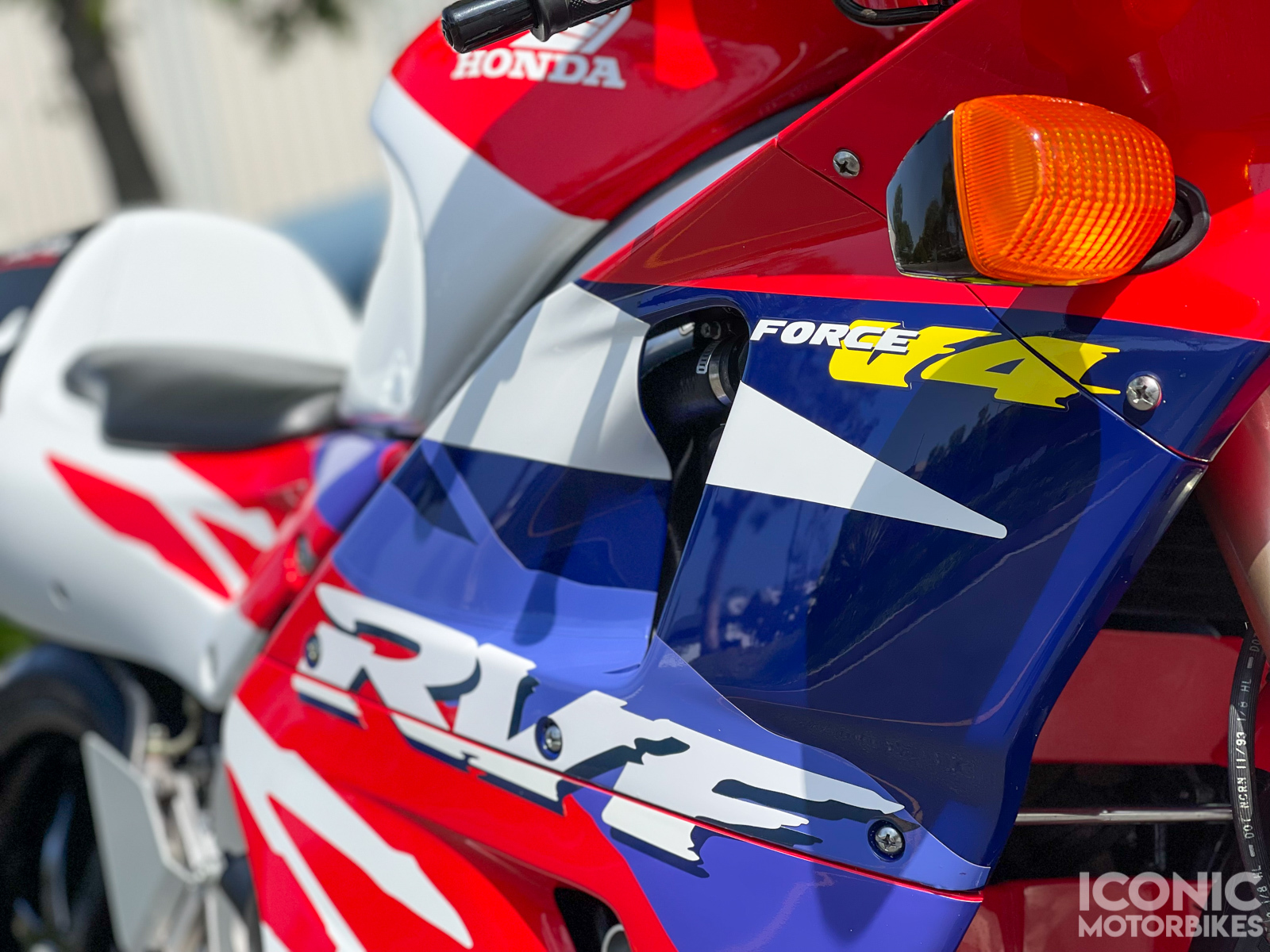 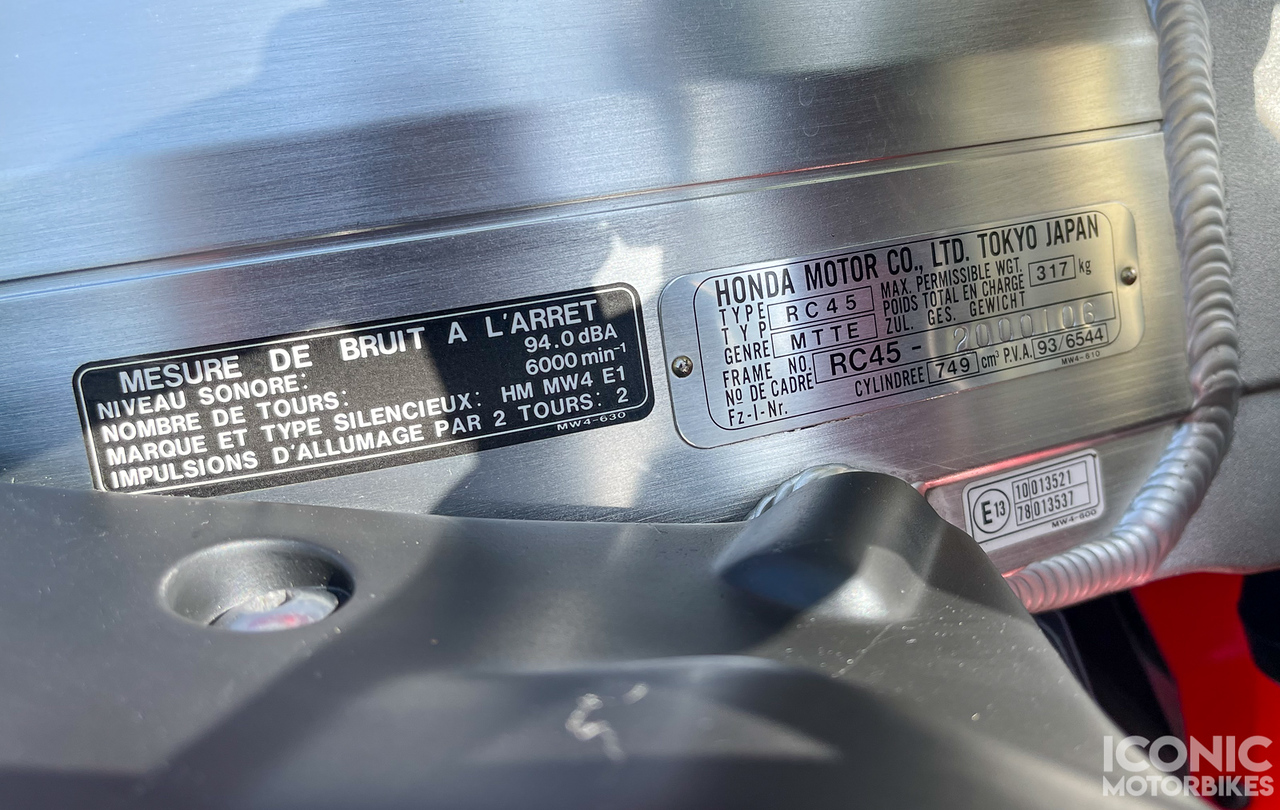 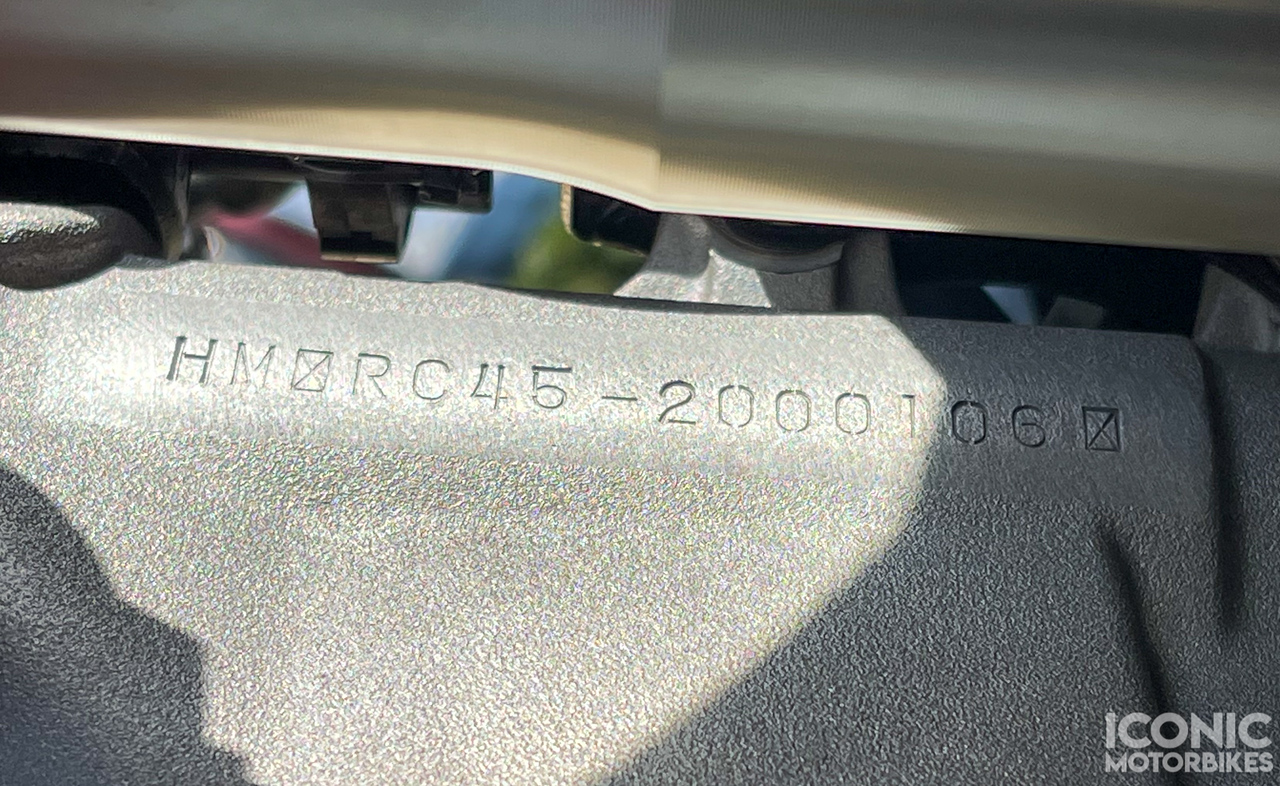 This RC45 was originally sold in France and was equipped with a kilometer dash. The seller is based in England, when he imported it was required to switch the dash to miles per British law. The conversion was done on November 27th, 2019 by GT Motorcycles – they documented the original odometer reading before the swap.

The original odometer is included in the sale, it showed 8,033 kilometers (4,991 miles) at the time of the swap.

The sale includes a dyno run before an after a service done in November 2019. After the service, the bike was equipped with UK model cams, ported heads, and a Yoshimura exhaust. Only torque was measured, and max output was 104.12 hp, 48.90 lb-ft. 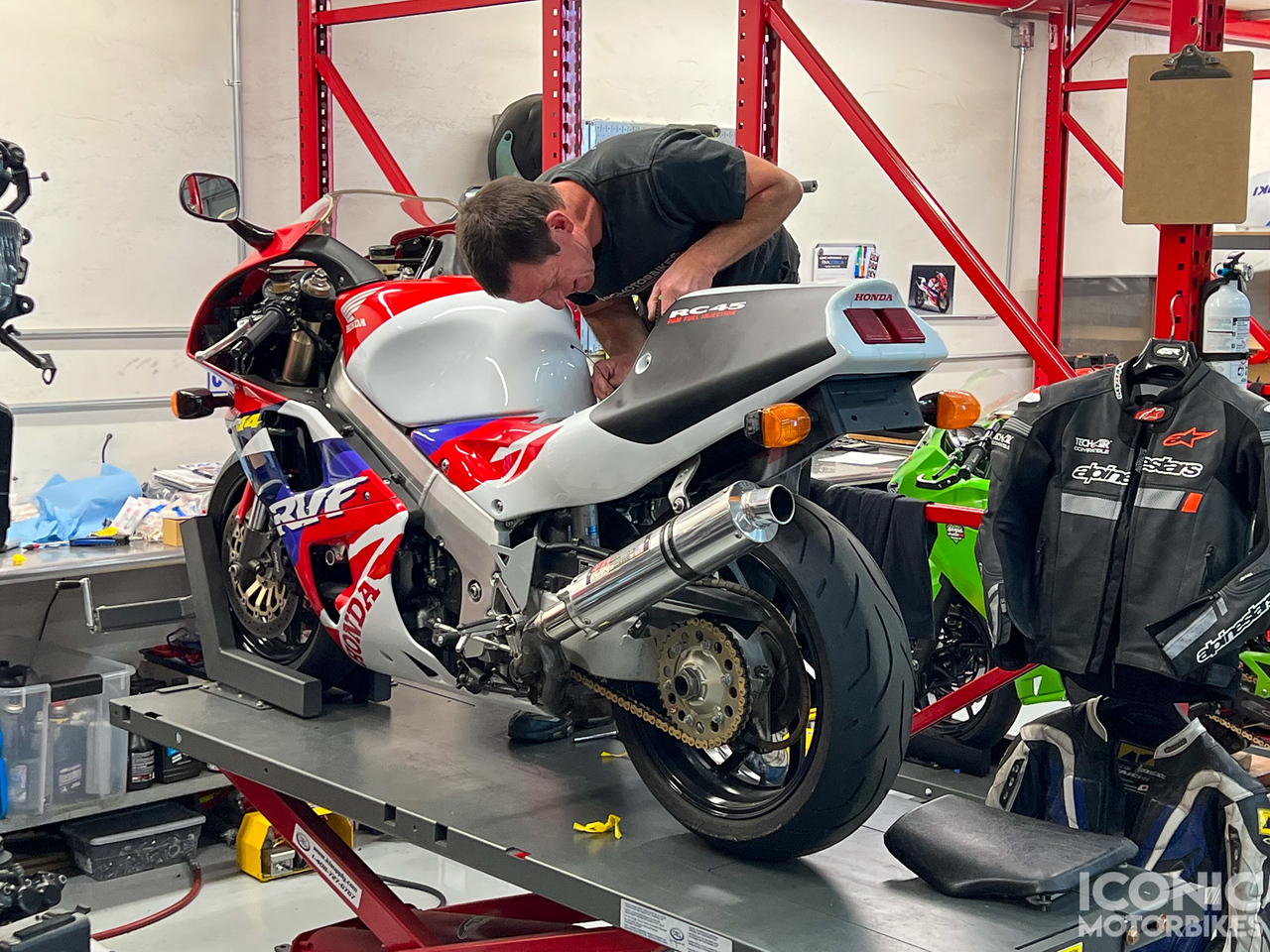 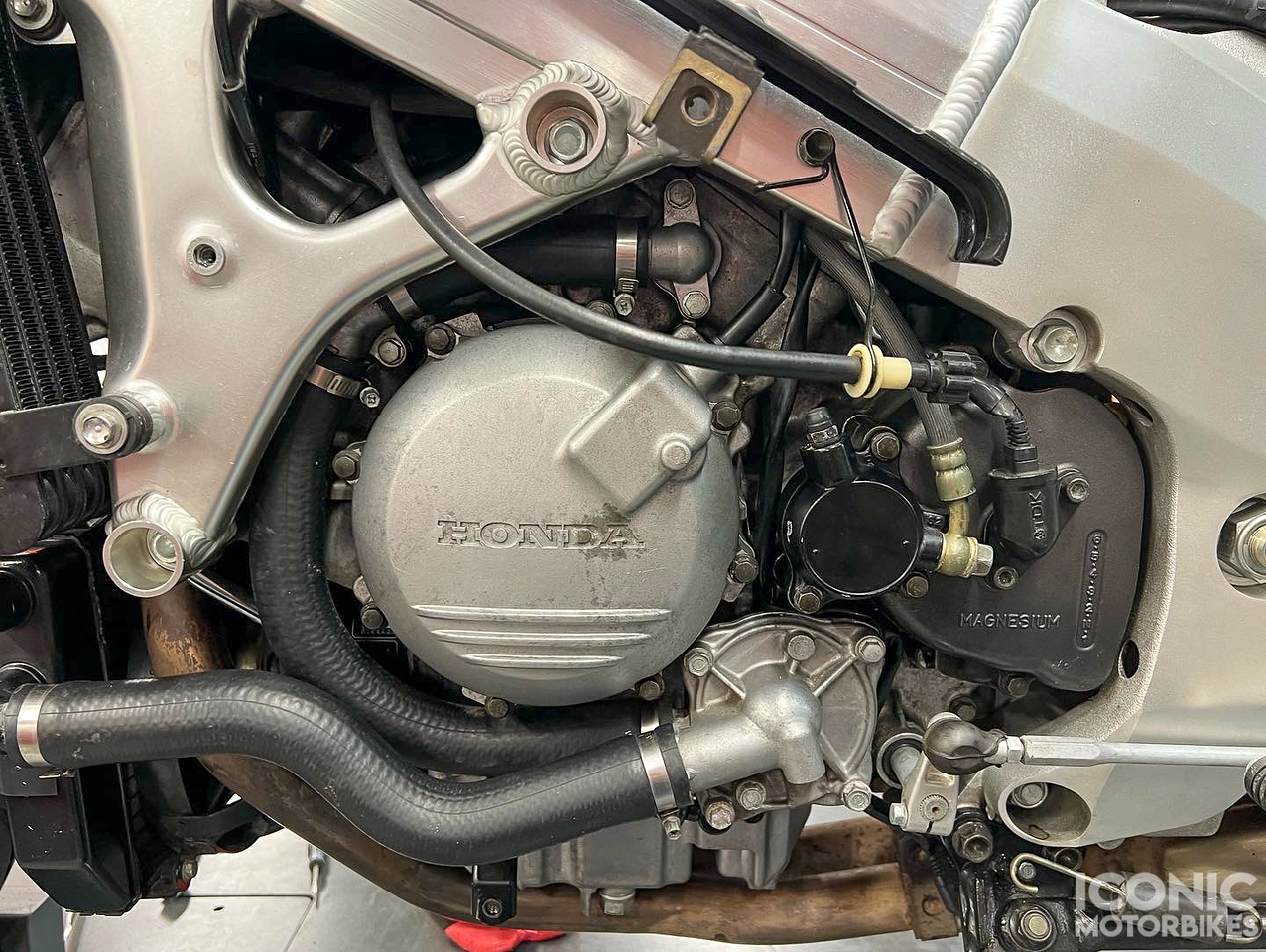 Modifications:
The rear fender has been cut down. 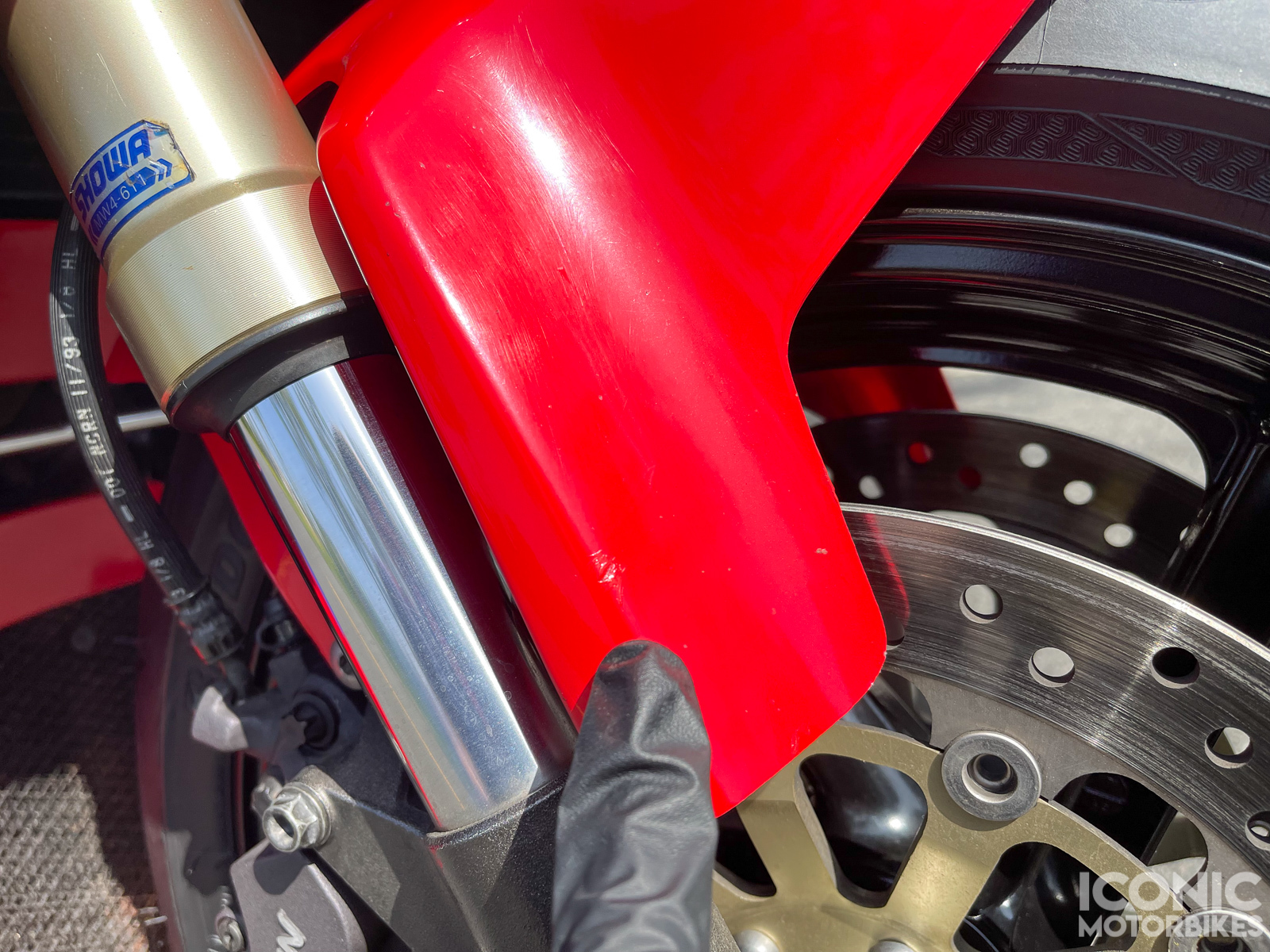 The sale includes two keys and the owner’s manual.

5/6 Update: we forgot to mention in the initial listing that this sale includes an OEM stand:

Currently located at our facility in Santa Monica, California (please make an appointment for an inspection), this Honda is offered on a clean Oregon title. Have any RC45 stories or questions about this listing? Let us know in the “Comments” tab! 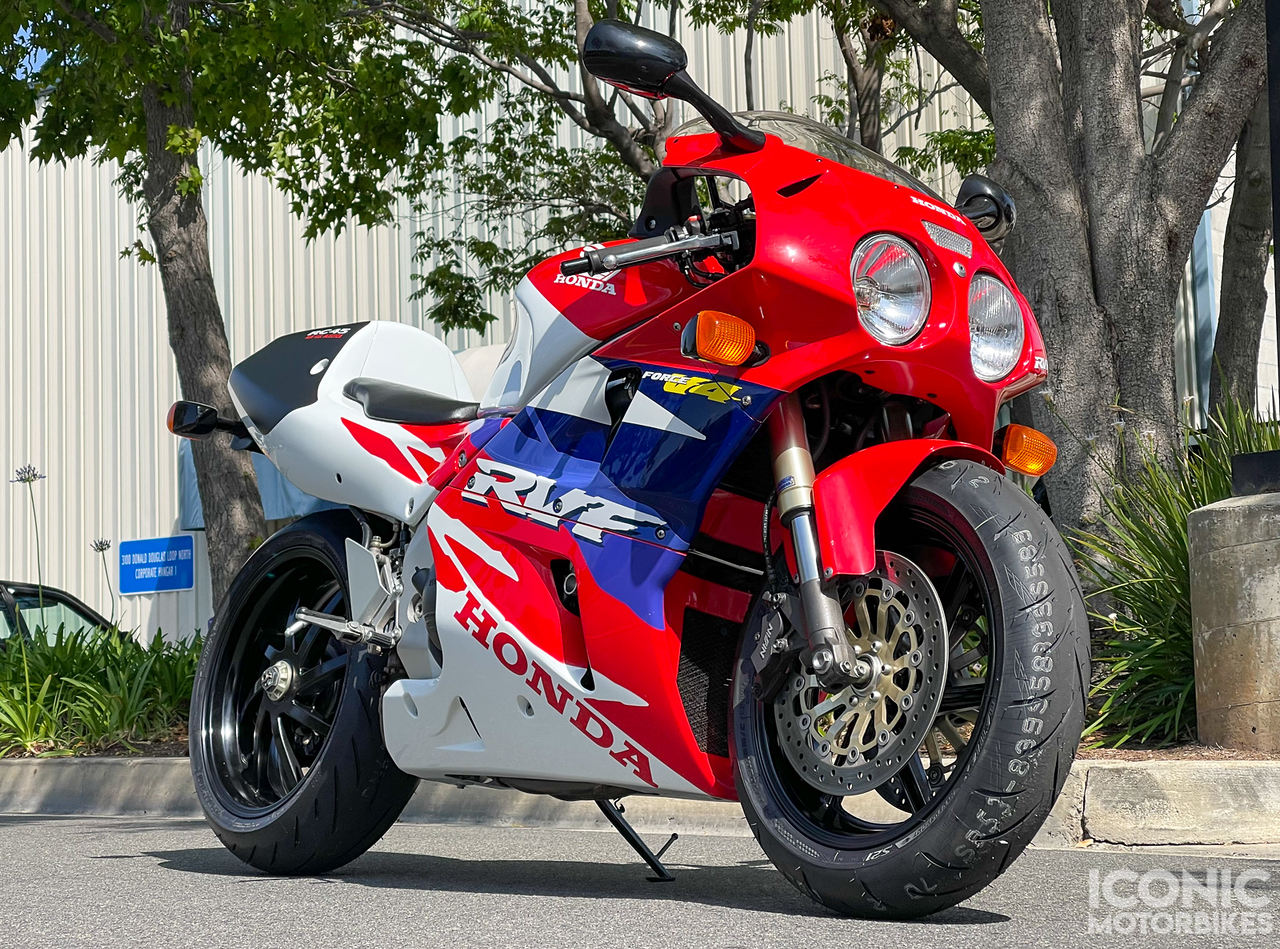