Like the RC30, the RC45 was powered by a liquid-cooled, 749cc, DOHC, 16V, four-stroke, 90-degree V4, though unlike its carbureted predecessor, the RC45 was bestowed with tunable electronic fuel-injection borrowed from the development of the NR750. The bike also benefited from knowledge and experience gained in Honda’s RVF factory endurance race program. The RVF’s V4 boasted low-friction pistons, ceramic and graphite impregnated cylinder liners, titanium conrods, and close-ratio six-speed gearboxes with undercut shift dogs. The Euro and Japanese-spec RC45s made 118 hp at 12,000 rpm and 56 ft-lbs of torque at 10,000 rpm while the American model generated 101 hp — though the US version could be brought up to the Euro’s 118 via a simple tweak of the PGM-FI box.

In 2010, “Planet Design” in France repainted it with a period Castrol livery as a tribute to the John Kocinski and his #3 bike. 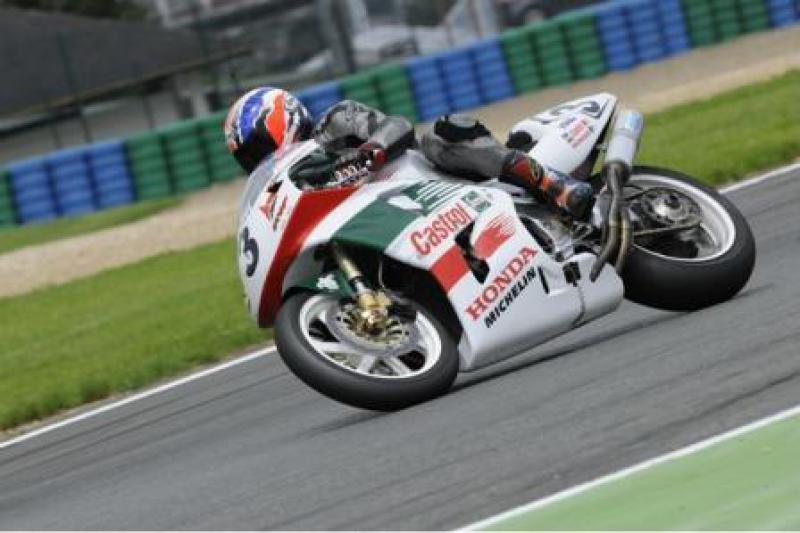 Maintenance:
The bike came to Iconic in early 2022. When it first arrived, Olly made it ready to ride with an oil/filter change, battery charge, chain service, coolant flush, brake fluid flush, clutch fluid flush, and a detail. We also sent the tail out to be touched up.

We wanted to take this RC45 out on the track before we let it go to a new home, so we took it to our recent 2-day event at Laguna Seca. In preparation for the track time, we performed a safety inspection, replaced the front/rear brake pads, and installed new Pirelli Diablo Supercorsa SP V3 tires.

Adam put about a dozen laps on it: “I’ve ridden quite a few RC30s and 45s but this is BY FAR the fastest of the bunch. It most certainly has some motor work and undoubtably the HRC race kit as it revs faster and pulls exceptionally well through all the gears with plenty of power.”

Modifications:
A wonderful client helped us with some of the finer details of the upgrades to this bike (thanks, Jamie!):

“The velocity stacks are similar to but not officially HRC ’95 spec – the ’94 spec were plastic and were 46mm diameter where they met the throttle bodies (also 46mm) but they found in ’94 they lacked a little mid range punch so they reduced the size of the velocity stack and had it ‘sit’ in the throttle body (thus slightly reducing the diameter and picking up airspeed) they still gave the same top end but better mid range. They sit in a genuine HRC ’94 spec NL5 (privateer) spec airbox.

“The PGM-FI adjuster is HRC.”

“The rear shock/linkage/dog bone is Ohlins Superbike (Ohlins made 2 shocks for the RC45, a direct bolt in on standard linkages and then this the Superbike shock/linkage), this was designed by Ohlins to work with a standard swinging arm AND works incredibly well, it has a great linkage ratio, somewhat better than the early HRC linkages!”

“The exhaust collector looks like ’94 spec but not sure. It was not uncommon for privateer bikes to upgrade bits and pieces through the years, so you may find a bike with a combination of 94/95/96/97 parts, by 98/99 the bikes were really the realm of works only and HRC parts did not flow down to privateers.” 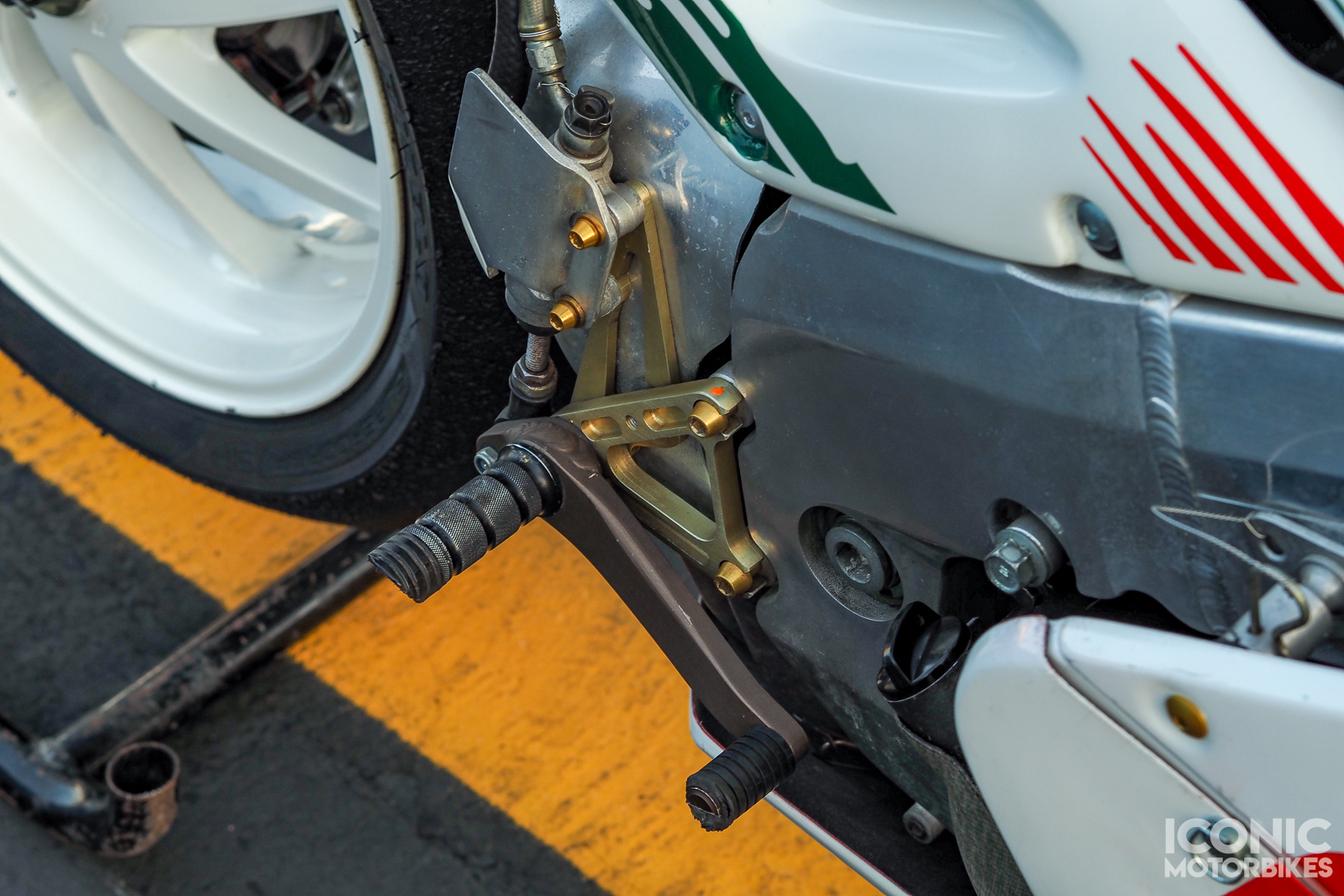 Not Pictured: Olly notes that the heads have been ported.

If the next owner would like to take this bike to the track regularly, we also have some extra spares that can be sold separately – air lift system, sprockets, springs, gearing, etc.

Currently located at our facility in Santa Monica, California (please make an appointment for an inspection), this Honda is offered on a Bill of Sale only. Have any RC45 stories or questions about this listing? Let us know in the “Comments” tab!