The seller has gone above and beyond with his videos, we highly recommend that you watch all three:

Click here for an CycleVIN Motorcycle History Report on this 1994 Suzuki RGV250R. Additional photos are available here for your perusal.

Introduced at the end of the 80s, the RGV250 was filled with design cues from Suzuki’s 250cc Gamma Grand Prix racer. When de-restricted, it produced over 60 horsepower to motivate just 282 pounds of dry weight. Visor Down called it “the purest and most race-bred two-stroke track tool ever to make it into a showroom.” 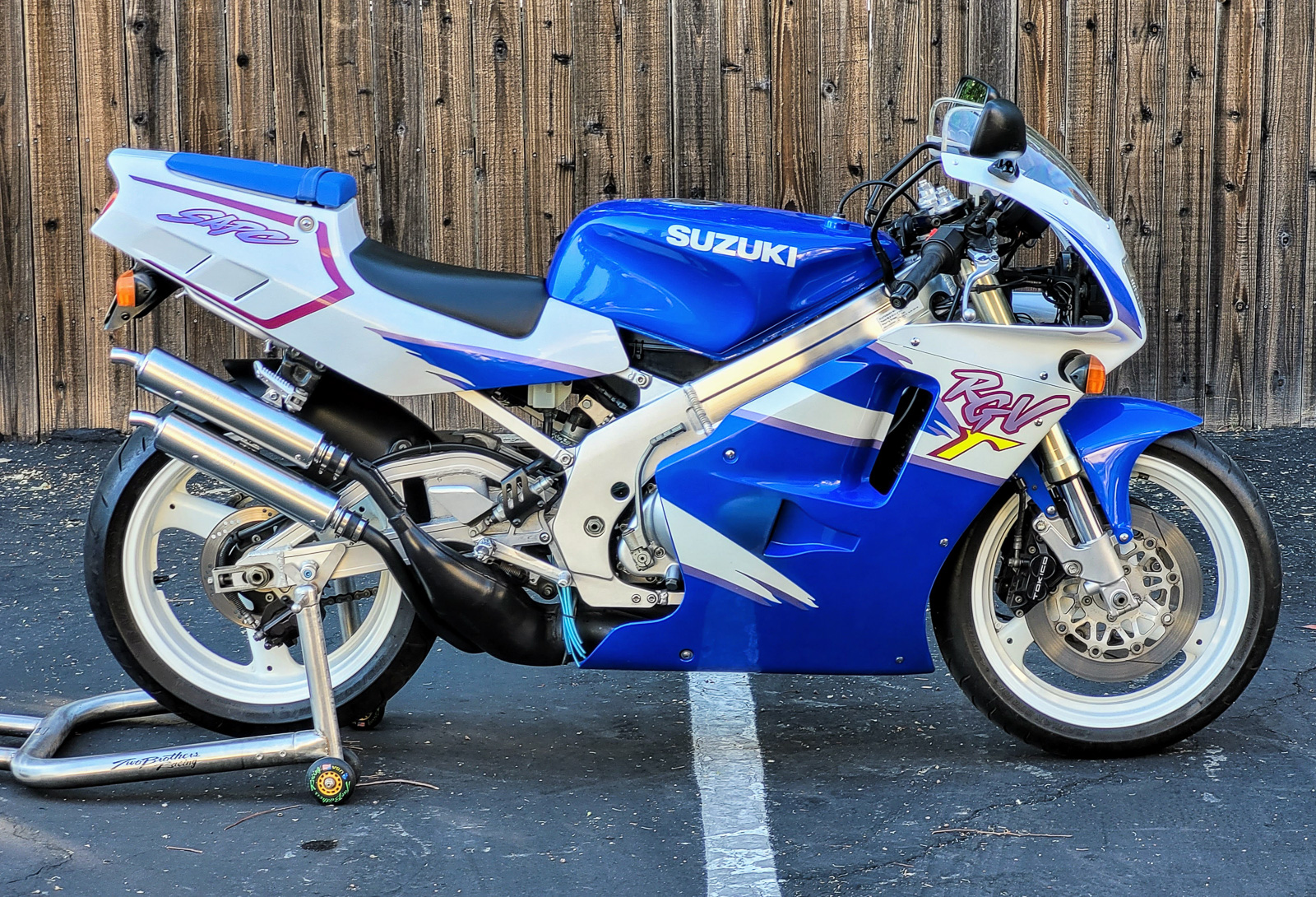 Even 30 years later, it’s still held up well. Per MCN: “ It still looks good, sounds amazing and the smell of burning two-stroke oil will take you right back. Put simply, it’s still sensational.”

The second generation of the RGV (Racing Gamma V-Twin) debuted in 1991 as the VJ22. It featured 41mm upside down forks, 17″ rear wheel, a bump in power to 62 hp (restricted to 45 hp for JDM bikes), and some electronics including Multiple Digital Ignition System (MDIS), Automatic Exhaust Timing Control (AETC), and Suzuki Advanced Power Control (SAPC).

Suzuki’s year code for 1994 was “R”, and by that point they had made some minor changes – most notably an open-girder swingarm in lieu of the banana. 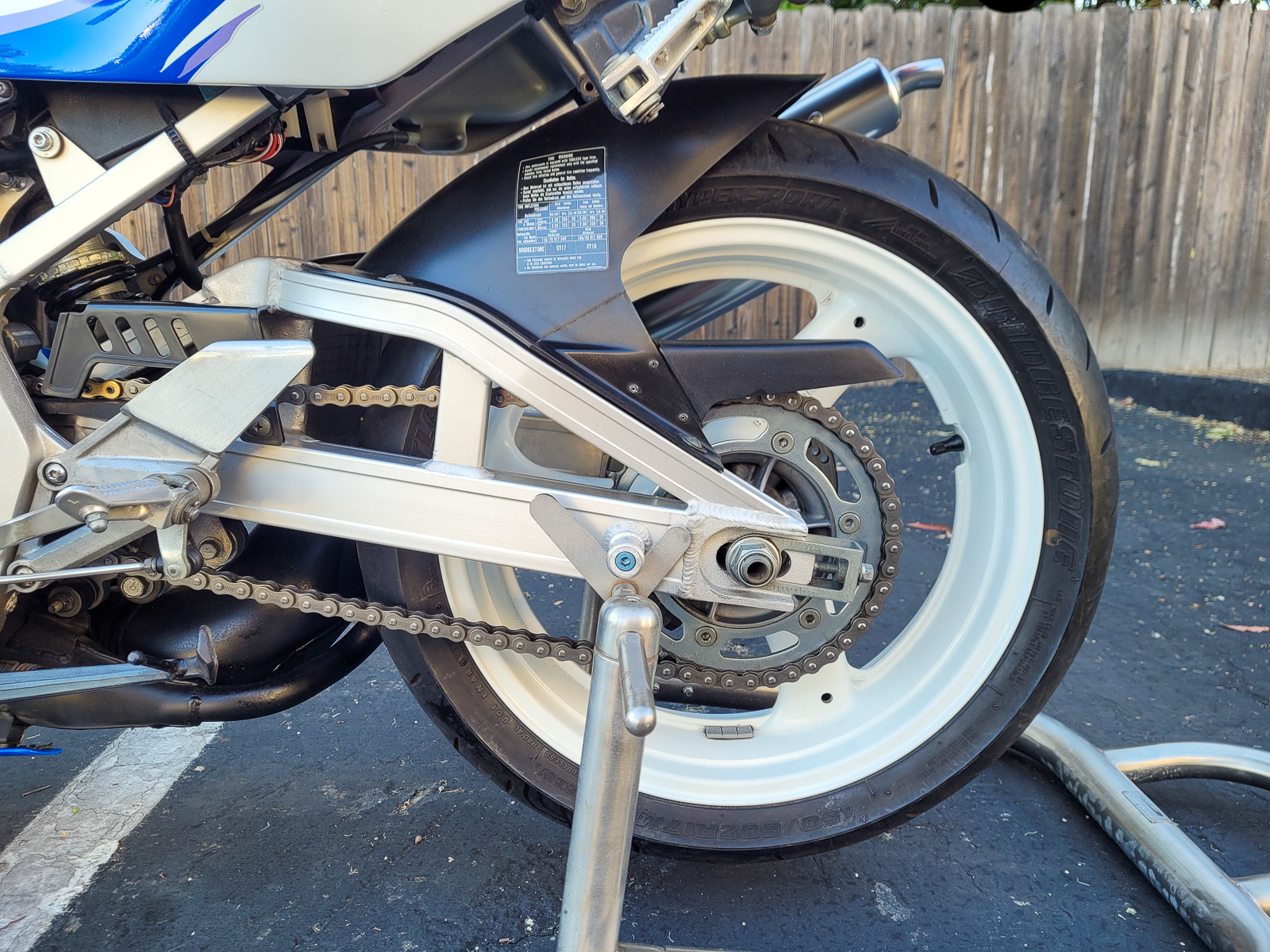 This example is VIN: JS1VJ22A9R2100002. The seller acquired it in July of 1997 from a private party who lived in Reno, Nevada. “I saw him at the Laguna Seca Races with it on Cannery row and talked him out of it. He went through the hurdles to get it into the states and it was easy for me to transfer it as used from NV to CA. He went out and brought in a newer Lucky Strike model and I’ve seen him several times at Laguna Seca.”

During his ownership, the seller has covered 7,233 miles. The odometer shows 11,203 miles. “My first ride was from Laguna Seca to San Luis Obispo on Hwy 1!” 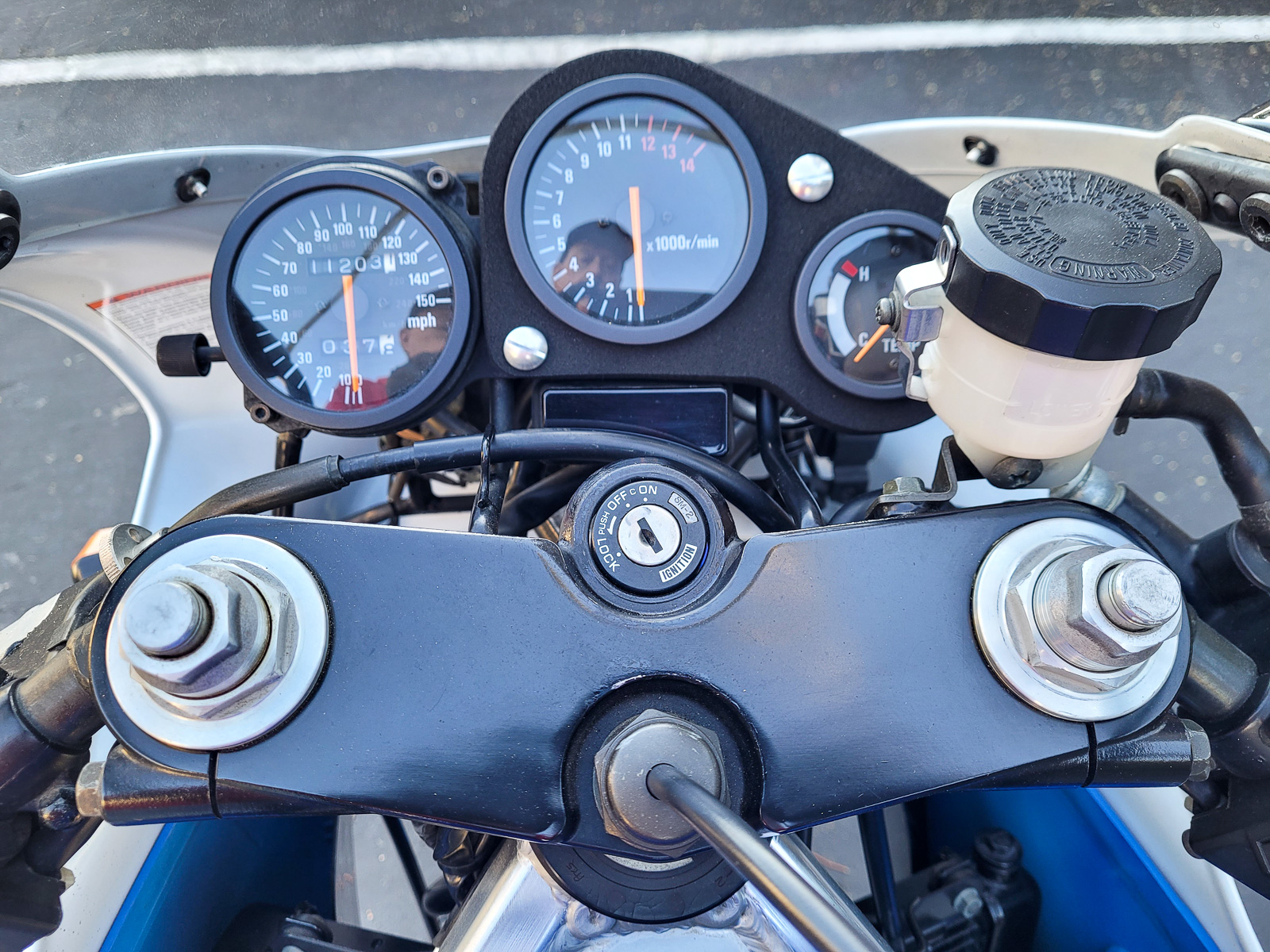 This was originally an Australia model, as such it has 34mm carbs. 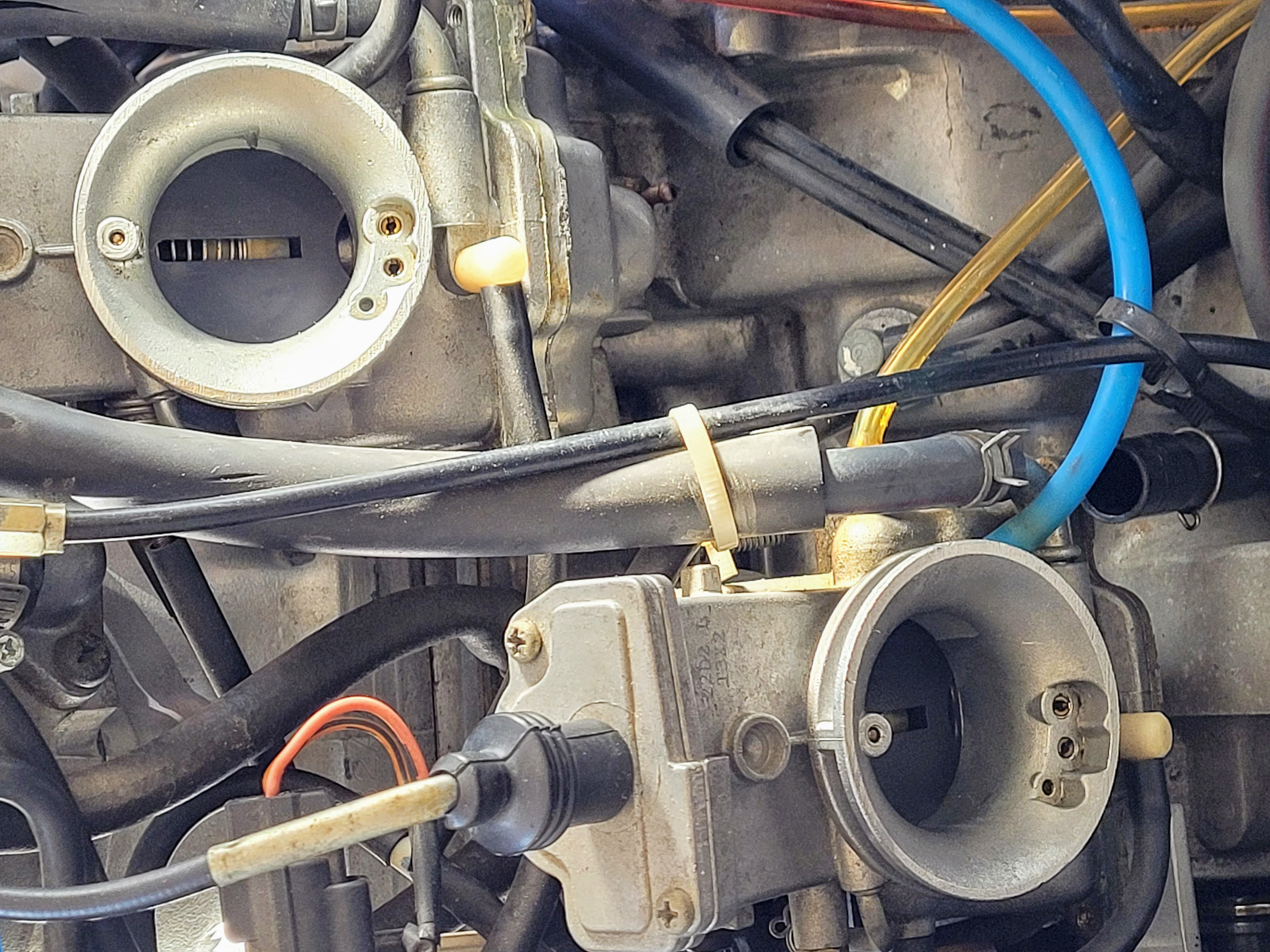 Modifications:
“Only upgrades are the “baby-bottle” over-flow bottles to allow the the injector oil drool (I use Bel Ray Si-7 synthetic) that blows past the power valves to dribble out so the power-valves don’t get in a hydraulic lock and not open. I switched to Castrol Dot 5 brake fluid.”

“There are spools for a rear stand and I have the original power-valve caps it you want to show it in the stock un-restored class.”

“I have included a photo of the spares that will come with it specifically a set of levers, fork caps, choke cable end where it enters the carbs.”

The sale includes a Two Brothers racing stand and a bike cover which has felt against where the windshield is located. 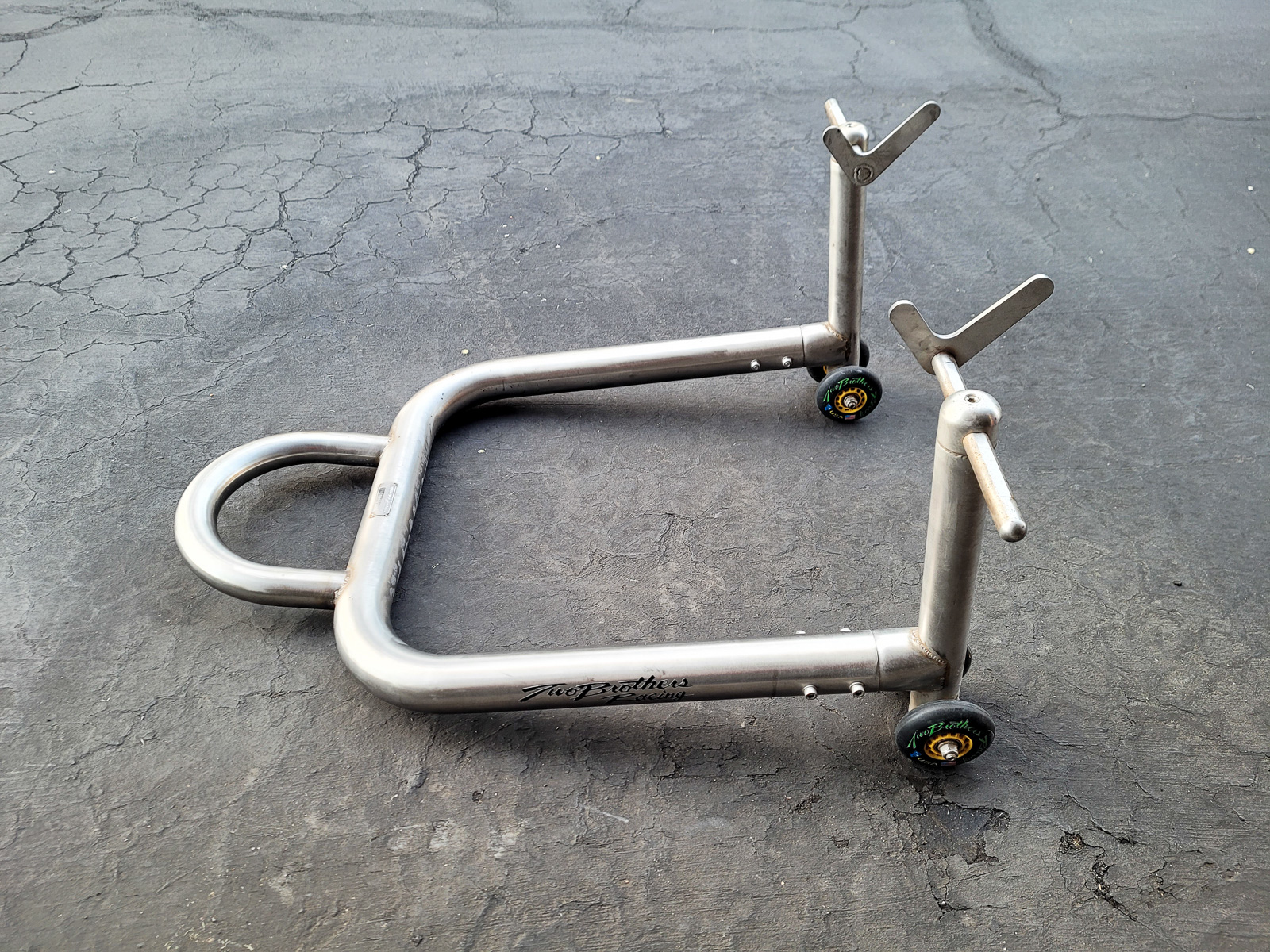 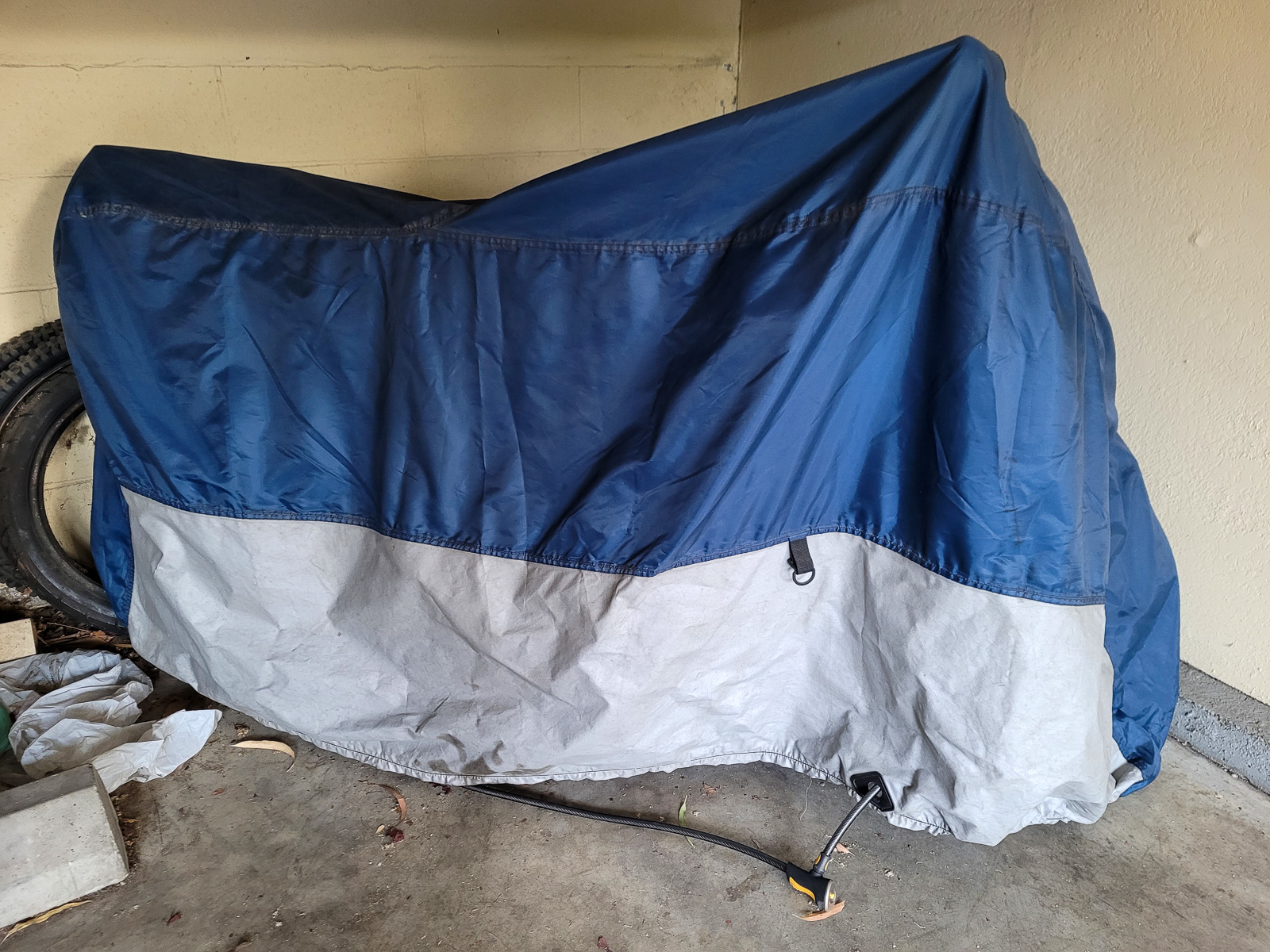 Cosmetic Blemishes:
“The right side S in Suzuki on the tank has a nick I touched up and there is a scratch at the front of the tank.” 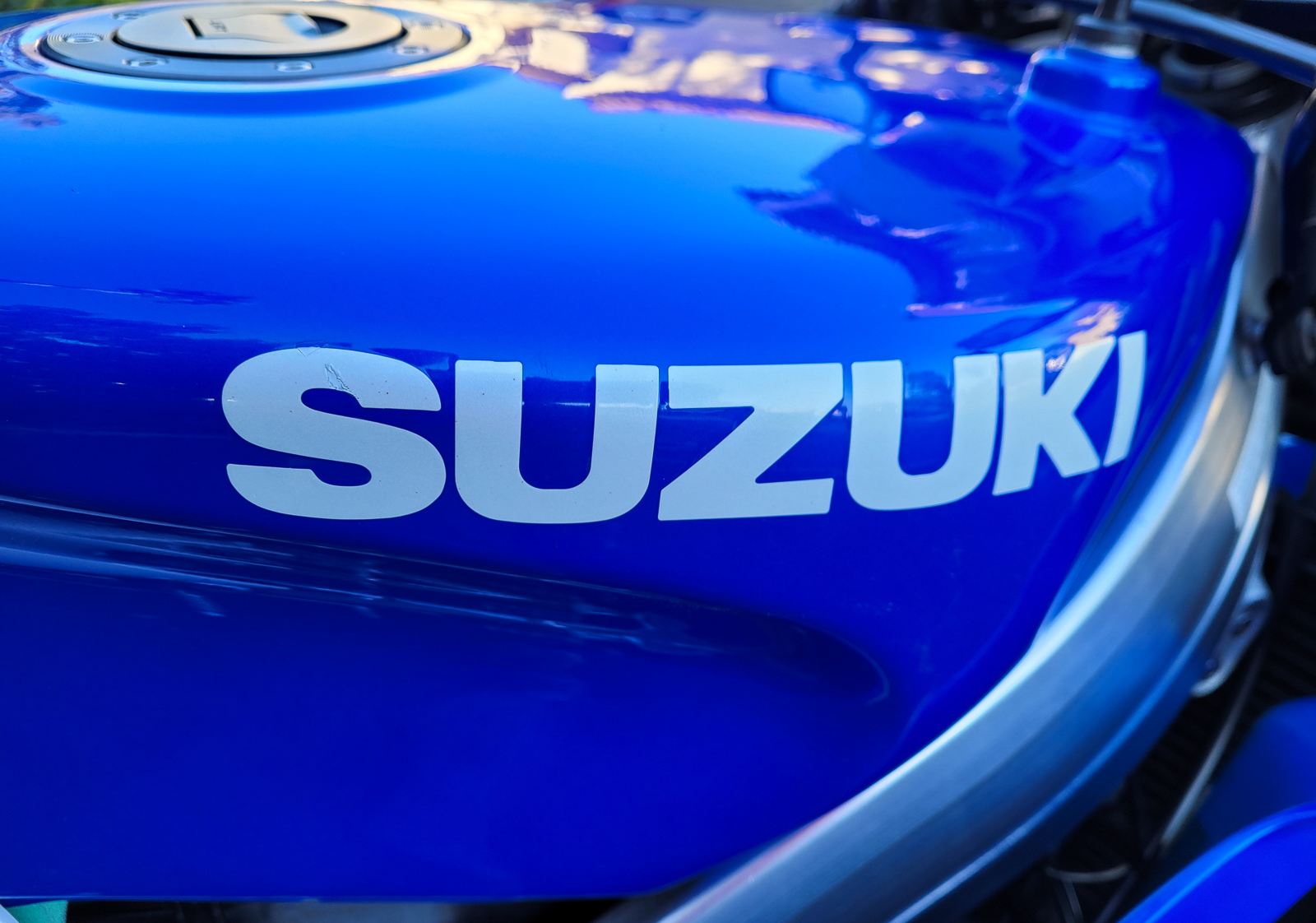 “In the cracks and crevices there is slight patina starting to show up. When I replaced the fork oil the air wrench left a mark on the top right cap so that’s why I got new caps and the new owner will have them for when he changes the fork oil.” 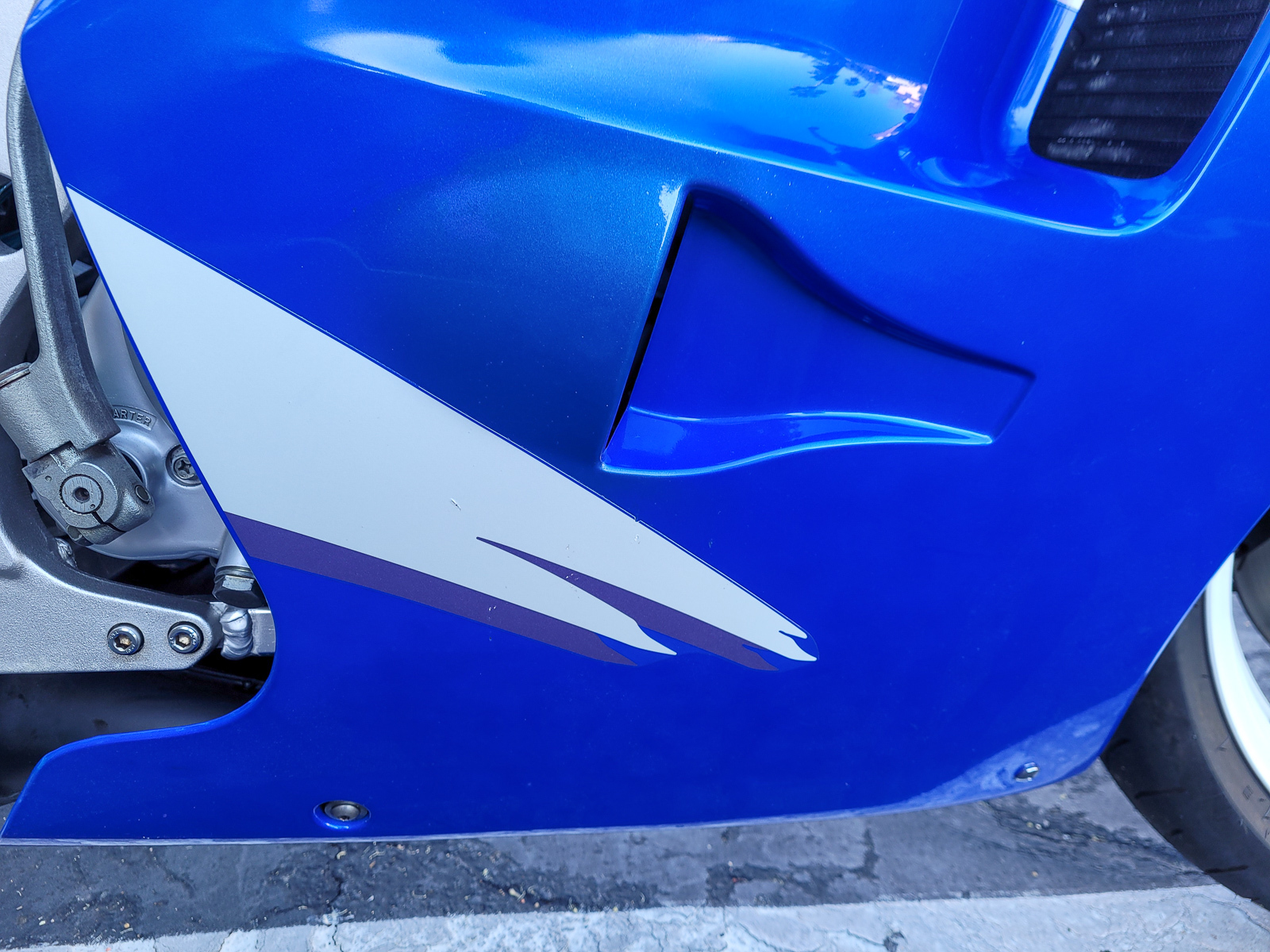 This bike was actually featured in a Retrospective in the August 2017 issue of Rider magazine by Clement Salvadori. A copy of that issue and several articles the seller has collected over the years are included. 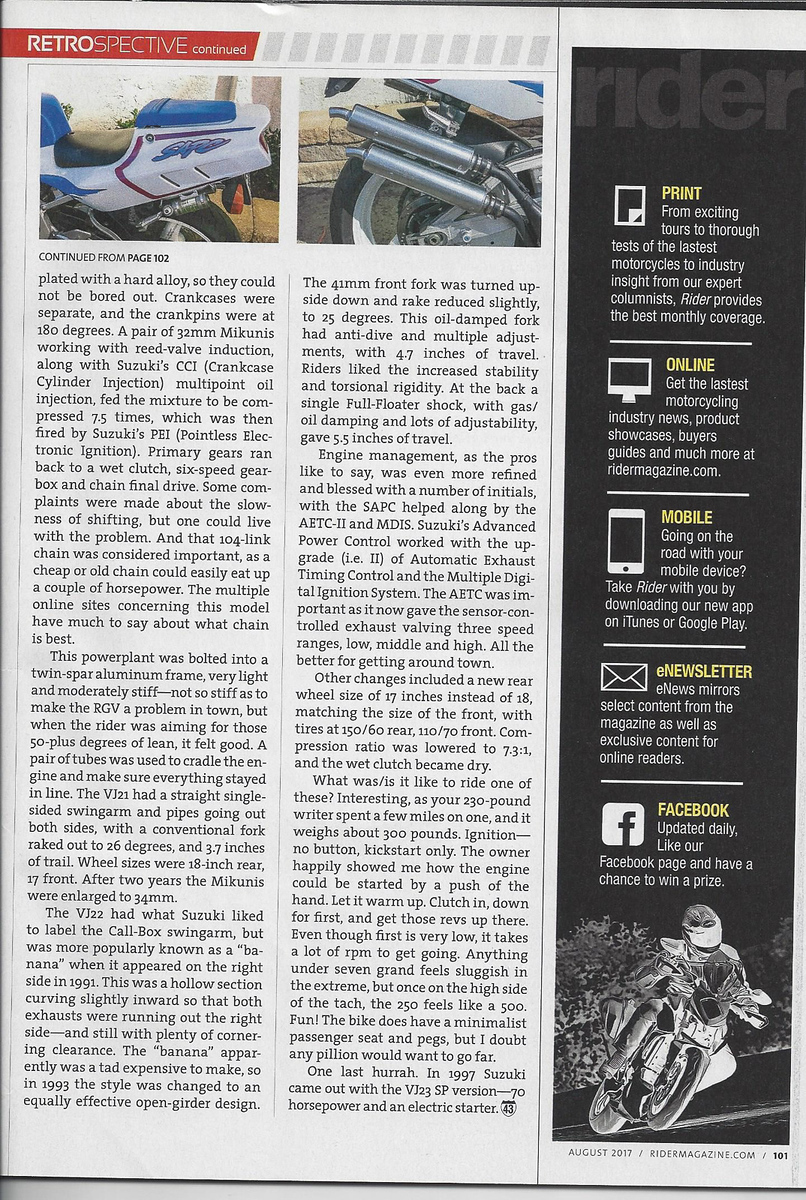 The seller states that there are no mechanical issues. “I put myself through college as a Honda/Penton mechanic and raced scrambles and motocross and do all my own work, for example I use anti-seize on the spark plug threads. I’ve included a photo of the plugs.” 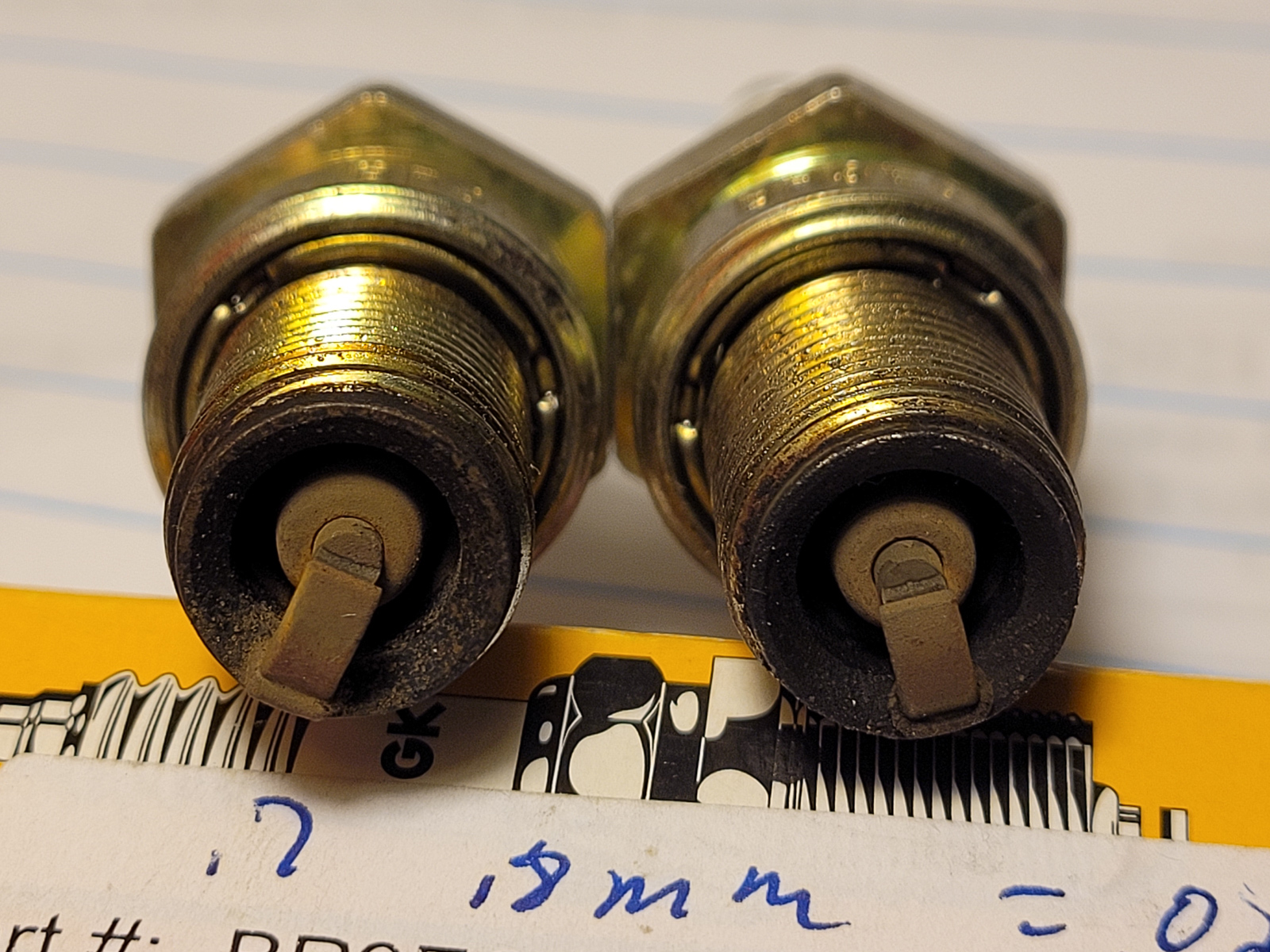 “I have the documentation what I did when on stickers under the seat and on when the tires and chain were replaced. For the sale I’ve replaced the trans oil with Bel Ray gear oil, new plugs, replaced the foam in the air-cleaner and replaced the carb vent tubes. I’ve replaced the rubber straps for the battery and tool kit. It runs like a top and starts first kick, watch the videos!” 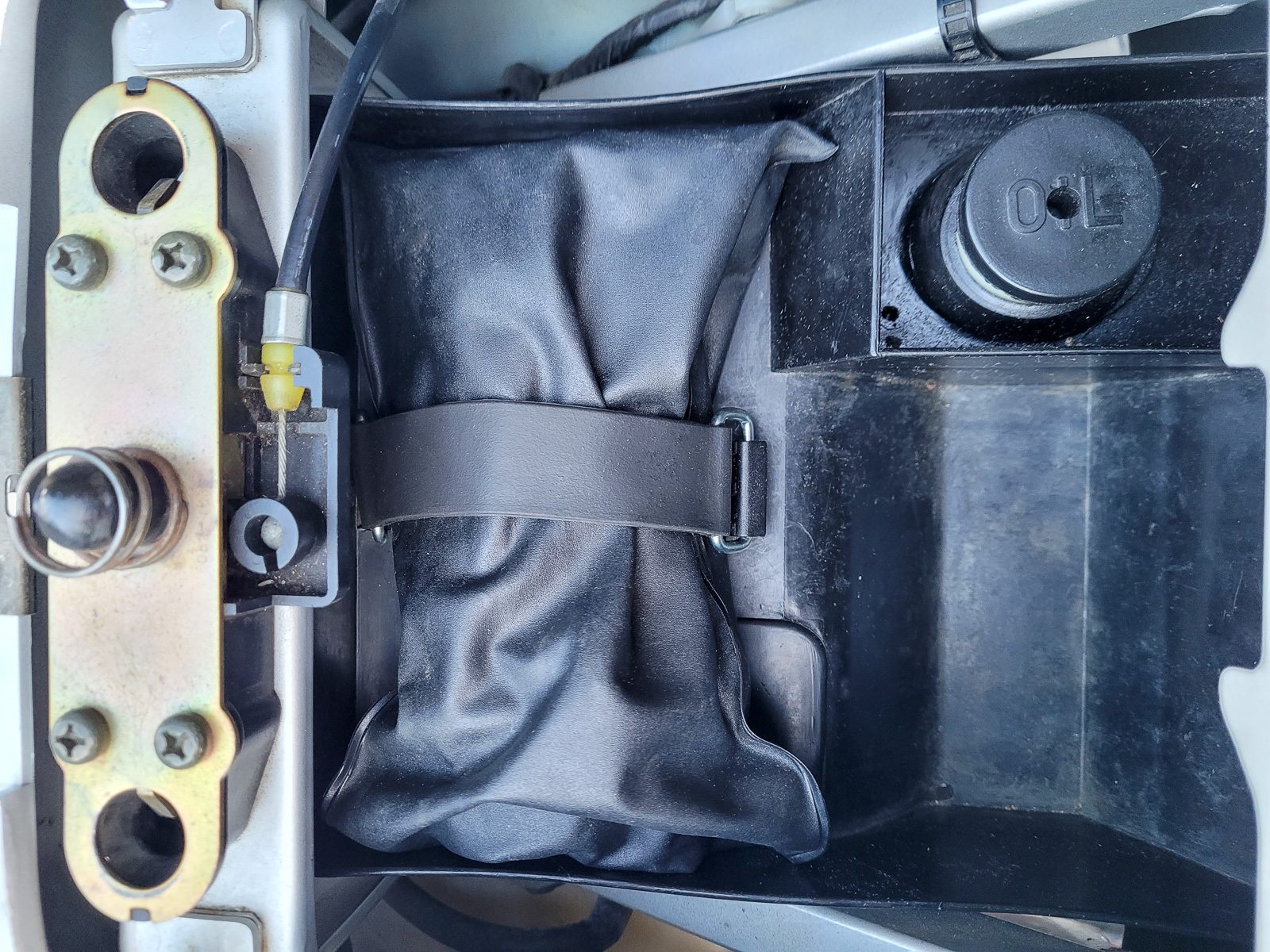 He notes that it’s on the original top end (which has never been apart) and it has the stock exhaust pipes and silencers. 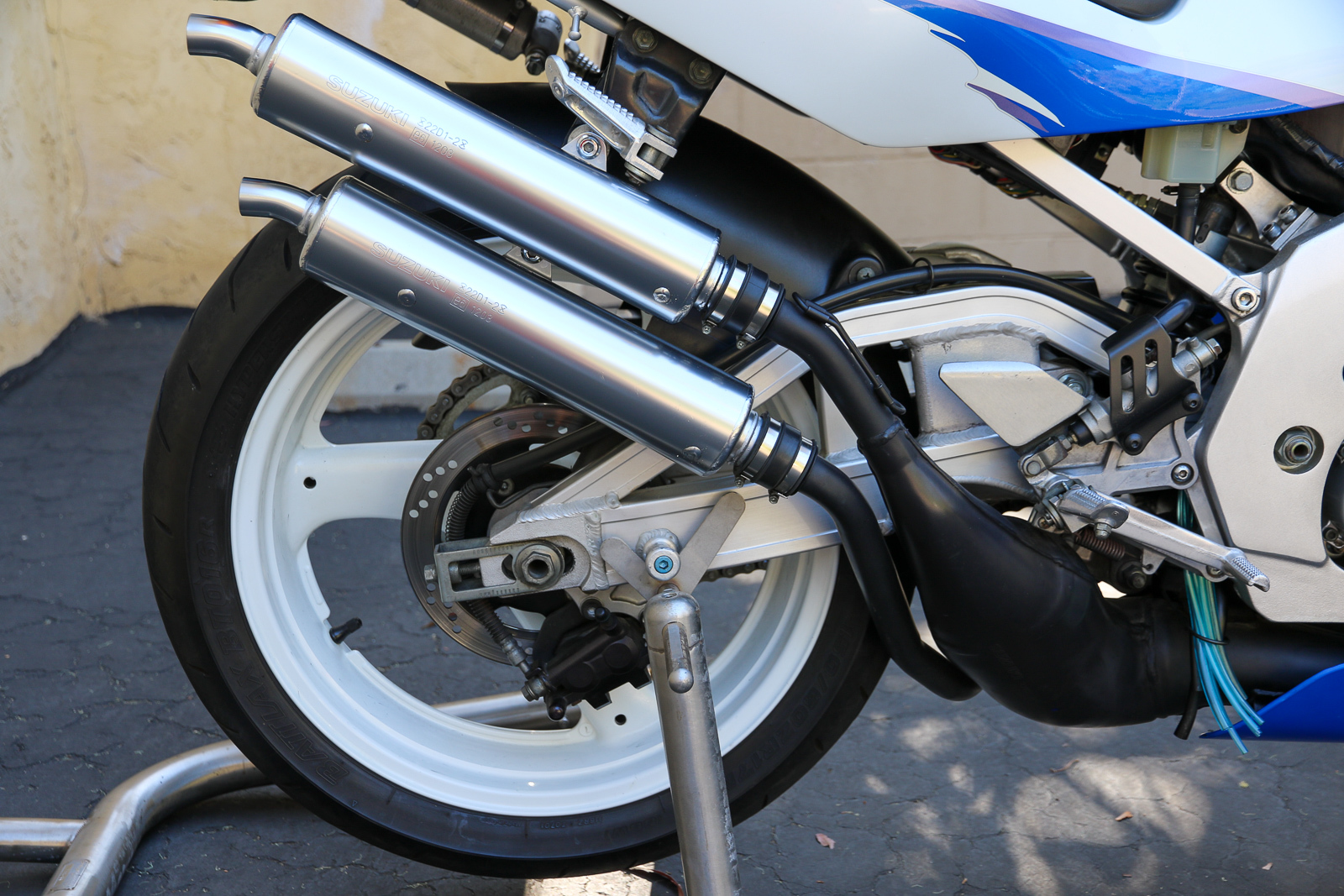 The sale includes two keys and the owner’s manual. 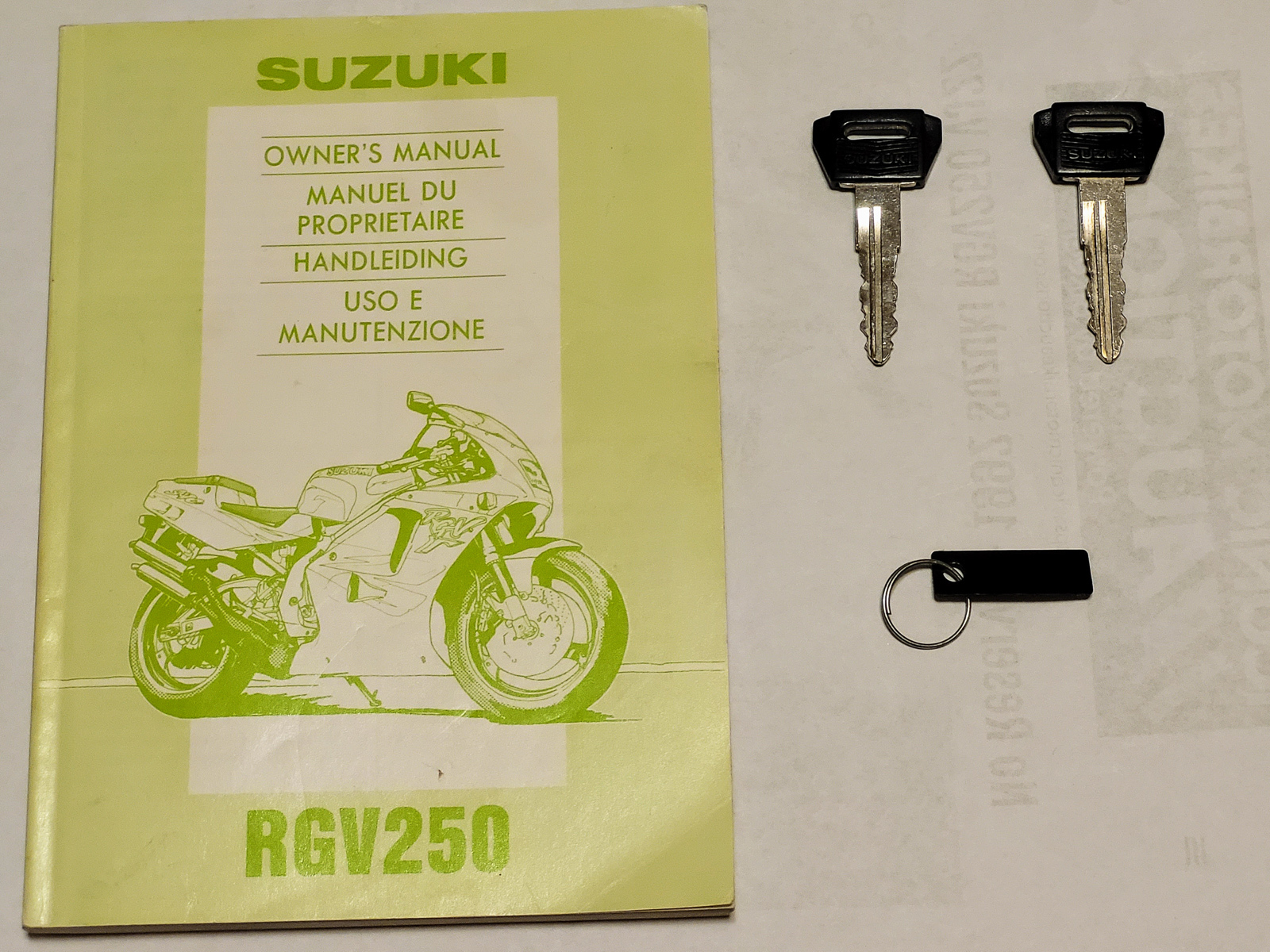 Currently located in San Luis Obispo, California, this Suzuki is offered on a clean California title with registration current through July 2022. 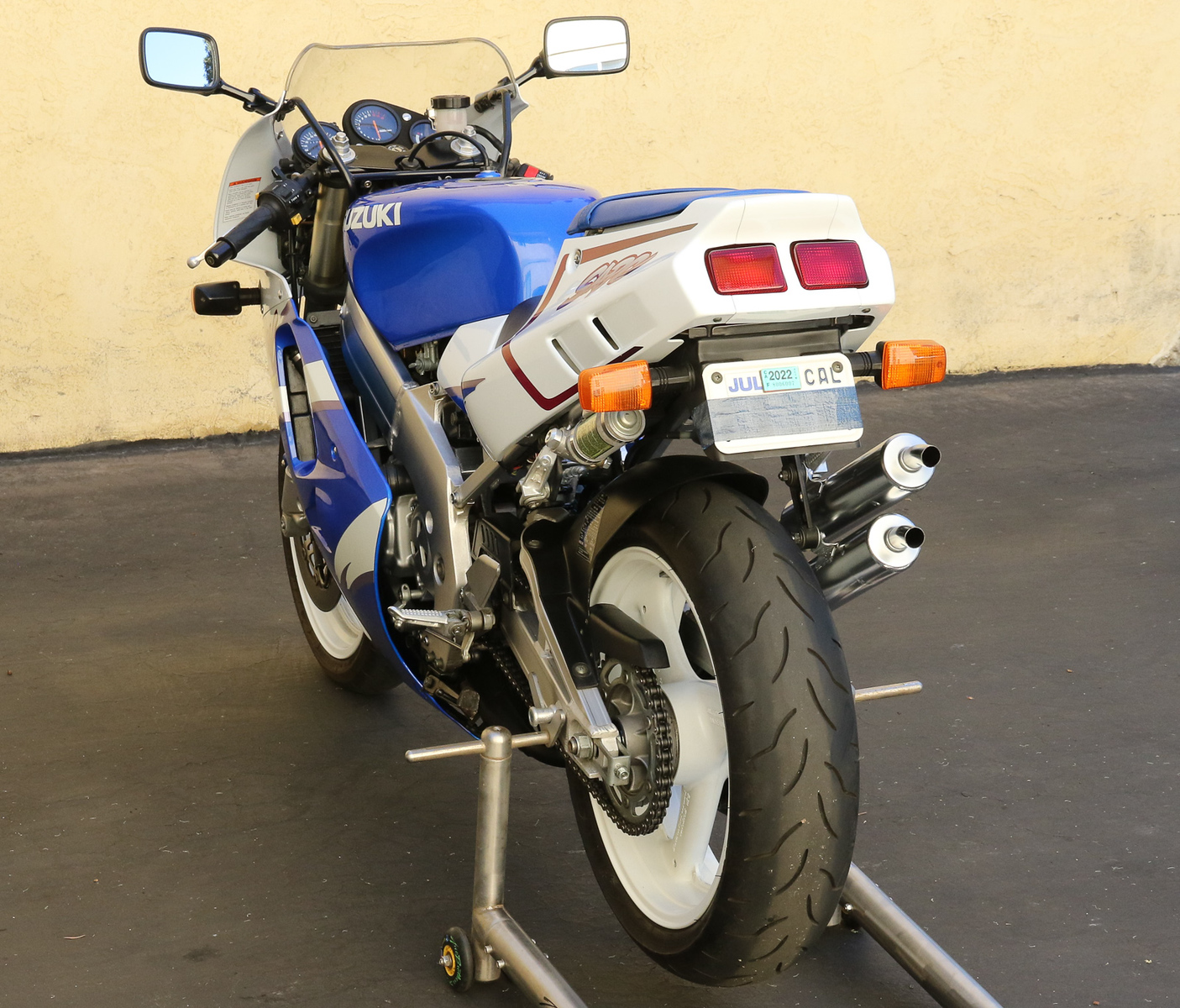 Have any RGV250 stories or questions about this listing? Let us know in the “Comments” tab! 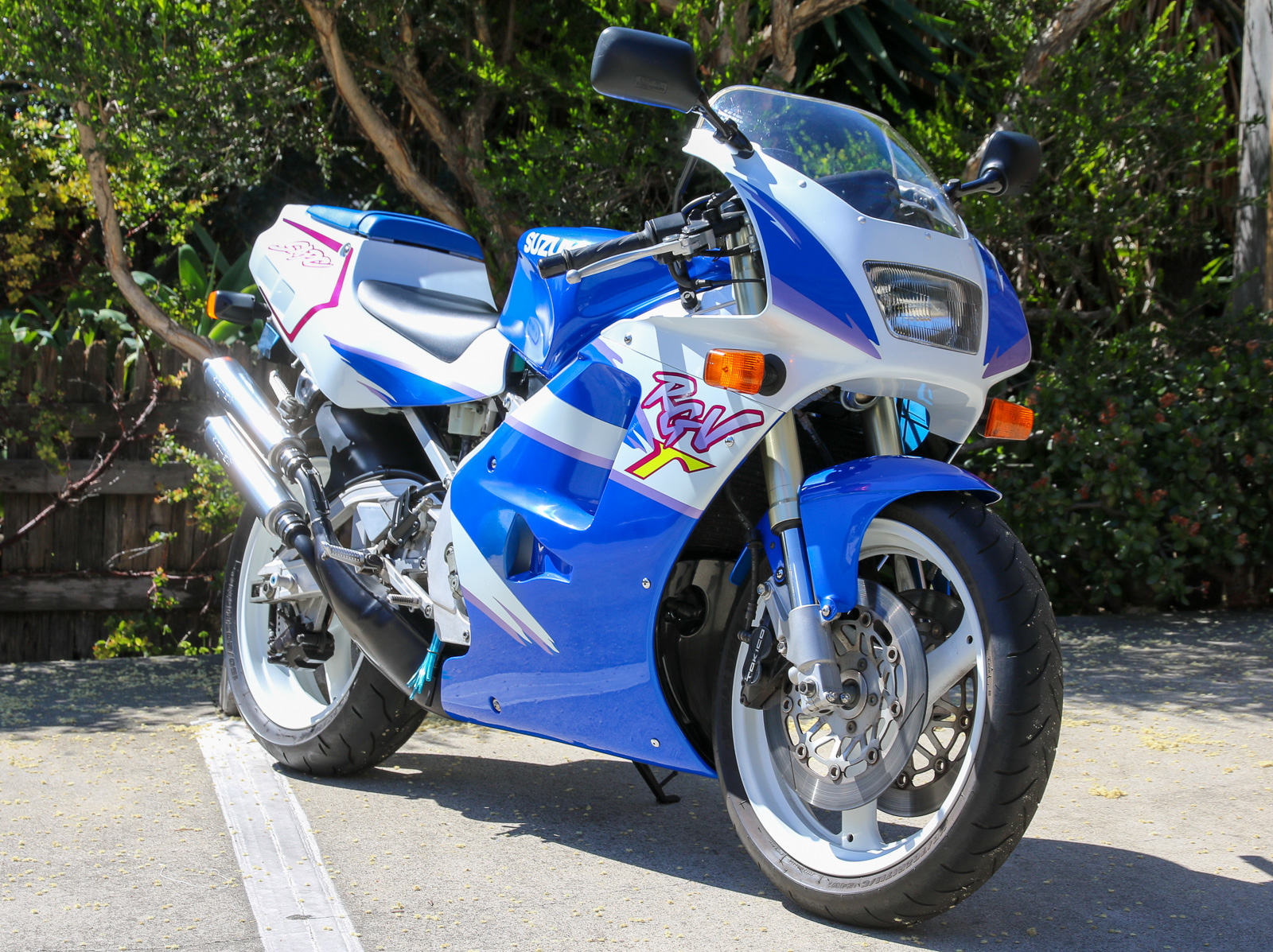