Thanks to the gift of hindsight, we know that the 916 was one of Ducati’s most important models of all time. But did you know that it nearly had a catastrophic beginning? Right as the production lines were spinning up to bring the world the prettiest sportbike of the decade, a fire broke out at Ducati’s paint shop in the factory in Bologna.

Ducati did not let this cripple them – instead they improvised and utilized the Cagiva factory in Varese to build 2,663 of the first 916s, and that’s why you’ll see the Cagiva elephant logo hidden away throughout the machine.

Per Ian Falloon, 641 of the Varese bikes were sold in the US. You can identify the Varese-built bikes because the 11th digit of the VIN is a V. 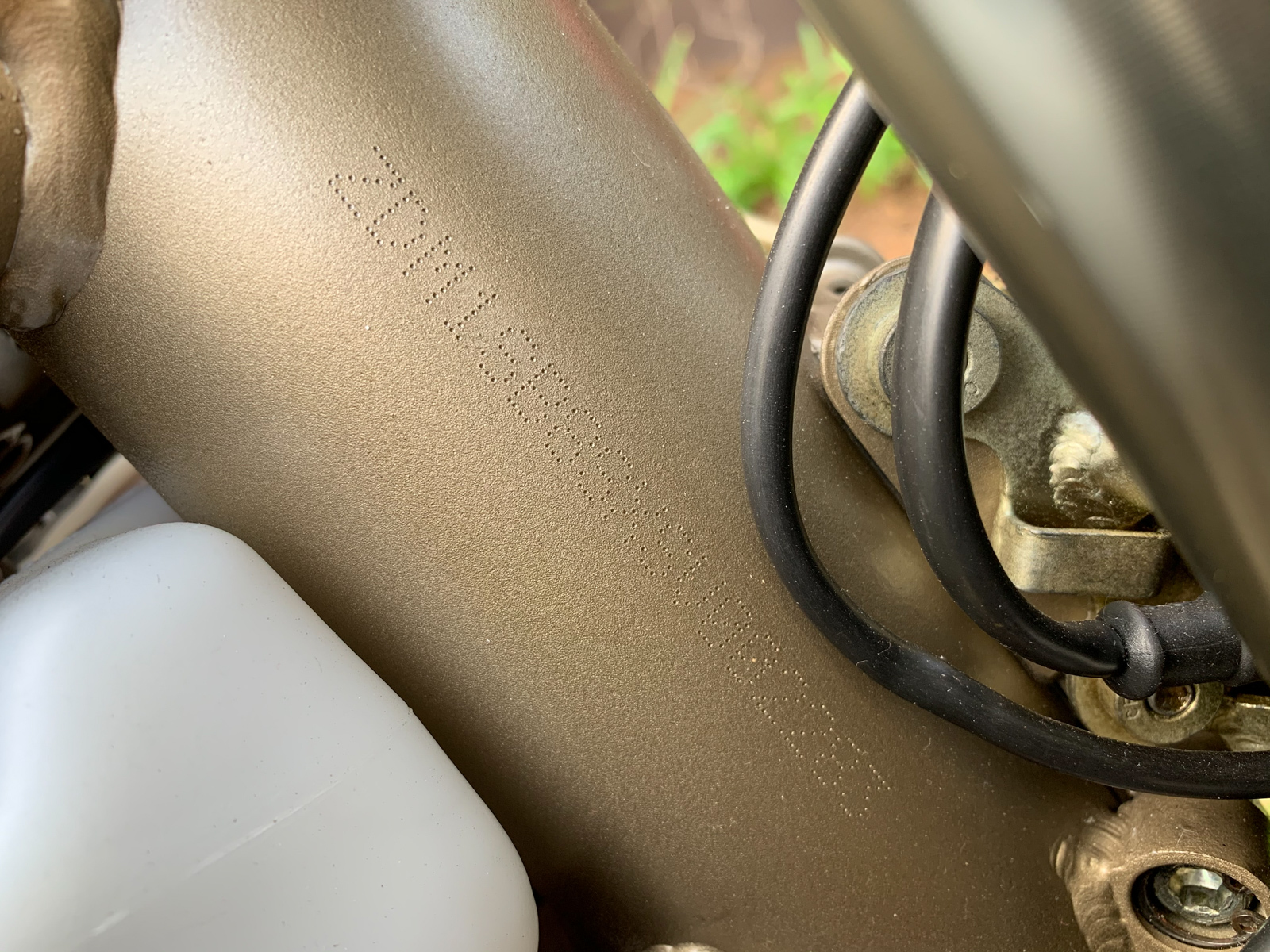 We know this bike (VIN: ZDM1SB8SXSV002283) well, as we sold it to the owner in 2018. It was already in nice shape, but he wanted it to be perfect, so he had us completely restore the bike by stripping it completely apart and building it back up. We shipped the frame, headlight bucket, and wheels out for painting together so they match perfectly. We also had the bodywork resprayed and new decals applied. The owner kept the need for perfection going so we ordered new bodywork hardware, rebuilt the hub in the swingarm while apart, and installed new tires, new fork seals and took care of fluids. Screenshots of the relevant portions of invoices are included in the photo album above. The package is complemented with a Fast by Ferraci exhaust.

If you follow us on Instagram (which you should be!), you may have seen Steve the Professor at work restoring this beauty.

Currently, we’d consider this 916 as nearly perfect – there’s cracks at one of the upper fairing screws and some scrapes on the side of the gauge cluster – both are shown in the photo album.

Otherwise, this is a lovely example of one of Ducati’s most iconic bikes. We feel confident that it would be a wonderful runner or even an excellent show piece. 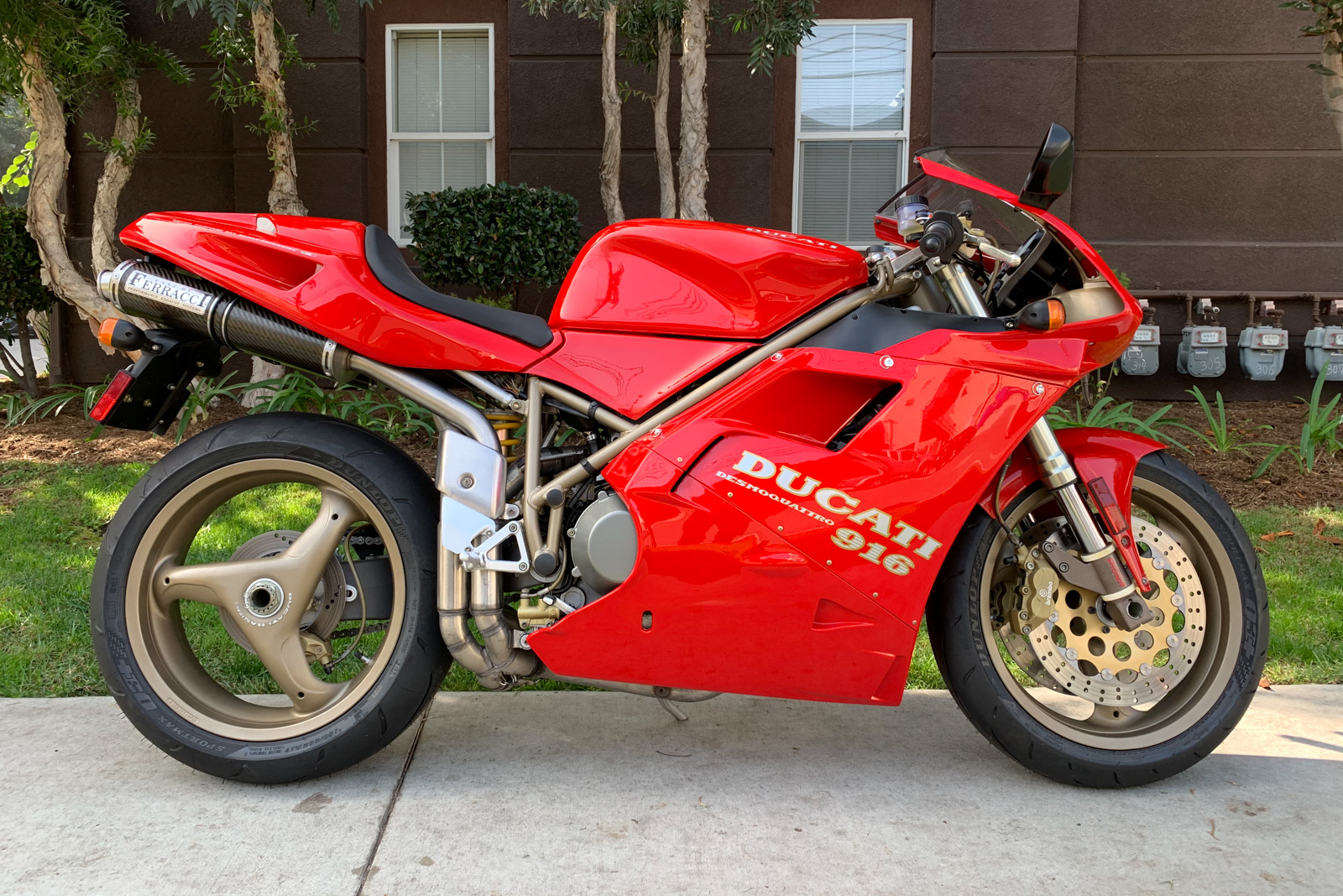 The seller has lowered his reserve to