Click here for an CycleVIN Motorcycle History Report on this 1995 Suzuki GSX-R750.

Additional photos of this Suzuki GSX-R750 are available here for your perusal.

The Suzuki GSX-R750 was introduced at the Cologne Motorcycle Show in October 1984. Looking like a Suzuki endurance racer, it was considered to be the first affordable, modern racer-replica suitable for road use. The original model featured a lightweight aluminum alloy frame, flat slide carbs, twin discs with 4-pot calipers, and 18″ tires both front and rear. To save weight, the designers specified an air-and-oil-cooled engine, rather than a water-cooled engine.

In 1992, Suzuki introduced liquid-cooling for the 4th generation of the GSX-R750 in an effort to reduce the heat under severe racing conditions – along with oil injection piston cooling and an oil-cooler, allowing a reduced cylinder pitch of 10mm and slimmer 57mm crankcase width. Torsional resistance was increased by 24% thanks to a new 5-sided aluminum pipe frame with sandcasted steering head section and cast swing arm pivot while the new monocoque swing arm and new link type rear suspension improved handling. Dry weight remained at 458 lbs but horsepower increased to 118 hp at 11,500 rpm. Motorcyclist magazine touted this beast as having the second most ground clearance of any production motorcycle leaned over, just behind the Ducati 916. 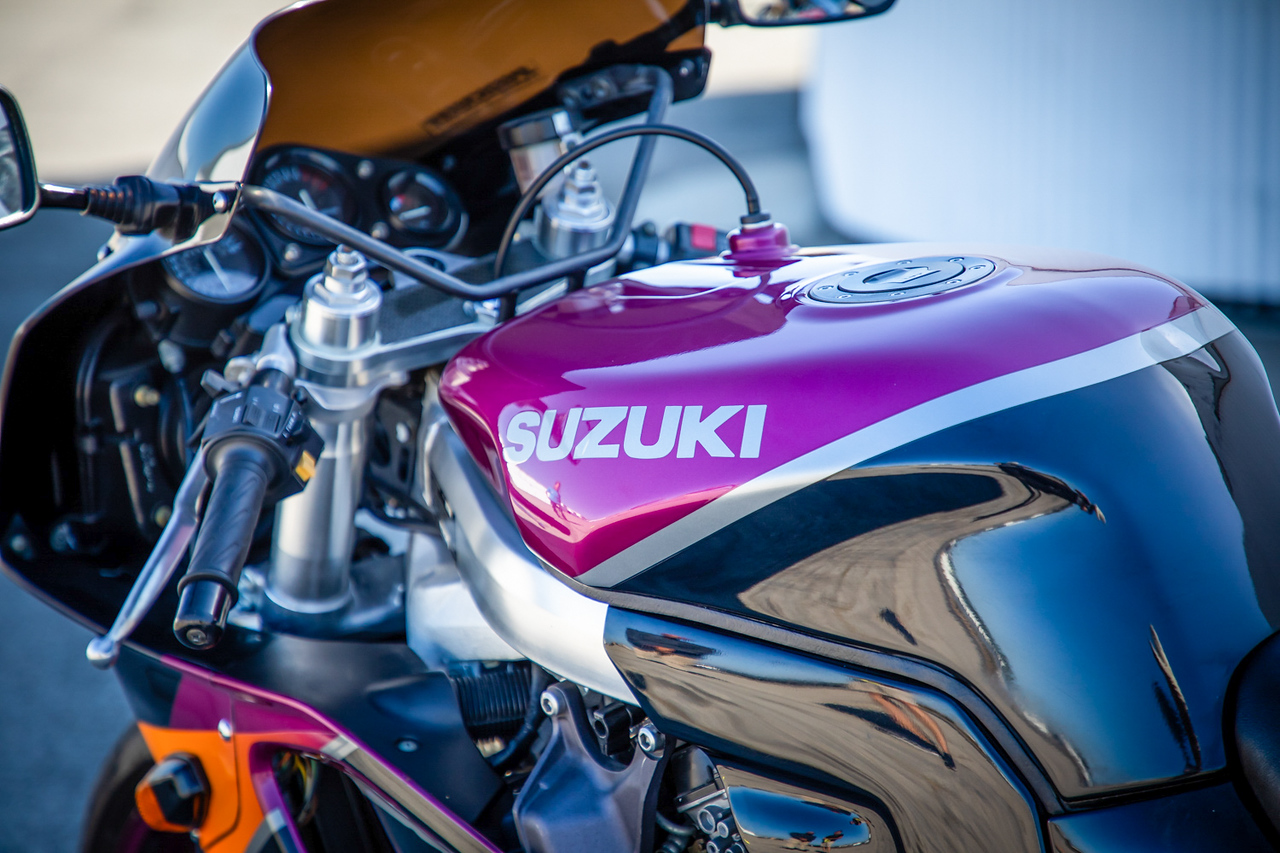 It is currently located at our headquarters in Marina del Rey, California. It came here from a friend of ours in New Hampshire who had a sizable collection of motorcycles, but he’s paring it down to just Ducatis. It’s equipped with several extras, including a Lockhart Phillips Speedscreen, aftermarket rear fender, aftermarket turn signals, the rare rear seat cowl, and a Yoshimura RS-3 exhaust.

Cosmetic issues are few and far between: scratches on the bellypan, the plastic under the seat on the left, and under the headlights. Photos of these issues are included in the album up top. 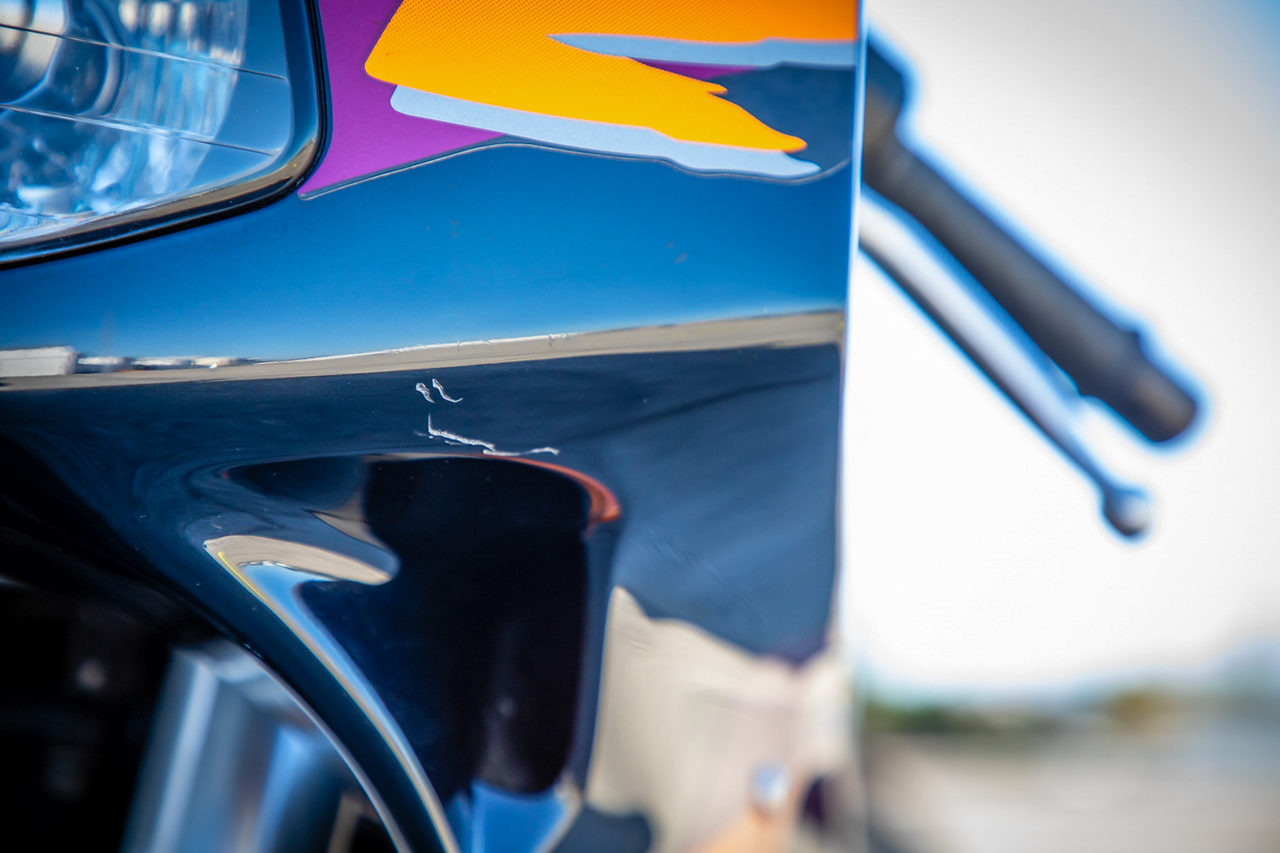 With that said, the last cosmetic issue was intentional – a previous owner installed flush mount rear turn signals that required drilling to the bodywork.

This was last GSX-R750 model to feature the traditional aluminium double-cradle frame. Get out there and remind traffic what the 90s looked like!