Additional photos of this Ducati 916 SPS are available here for your perusal.

A limited edition of one of the prettiest motorcycles ever made, the Ducati 916SPS (Sport Production Special) was an upgraded version that featured a modified engine and chassis. Nearly all the specifications were improved like Ohlins rear shocks and Showa front forks, as it was designed to be the ultimate 916.

Released to homologate the new 996cc engine for Superbike competition, the 916SPS introduced reinforced crankcases, new barrels and heads, and a 11.5:1 compression ratio. The SPS struggled to go slow – media all over the country said their test bikes stalled at idle. The transmission became a close-ratio unit, and plenty of other extras added up to a bike that was expensive (an MSRP of $24,000 back when it was new), though well-worth it, according to reviewers.

The Termi pipes sounded like nothing else people had heard at the time, and reviewers were terrified of the power delivery. Want to learn more? Check out this excellent two-part article from Odd Bike about the special editions (particularly the SPS) of the world-changing 916. 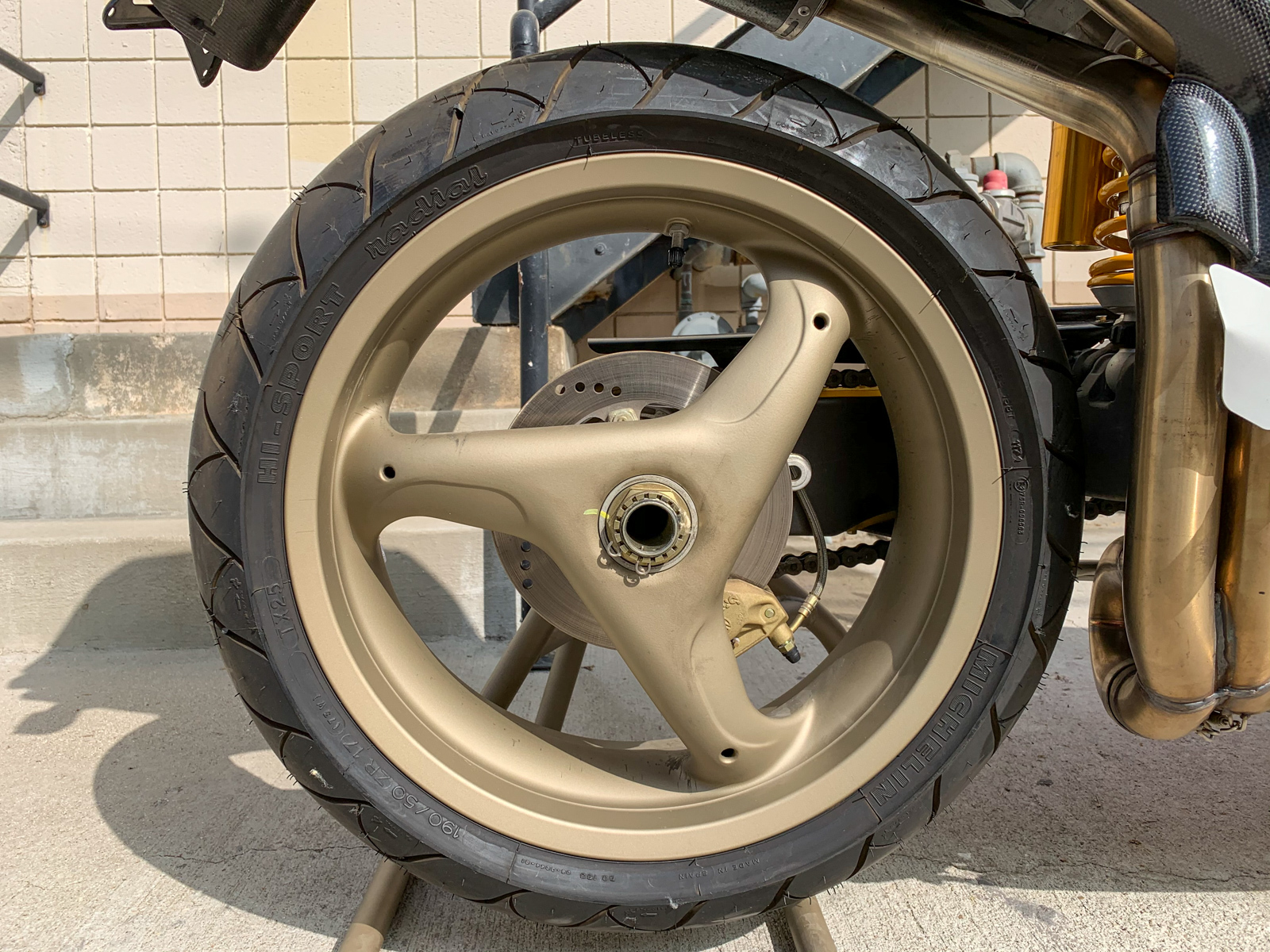 404 SPS’ were built in 1997, and that number went up to 1,058 in 1998 as Ducati made a few updates: a new frame, Ohlins adjustable steering damper, new brake calipers, titanium connecting rods, and new decals. With all of that said, buying a SPS in the US required a bit of faith – Ducati didn’t trouble themselves with meeting EPA regulations for emissions and noise, so while the SPS was street-legal in Europe, the same could not be same in America. So Ducati just sold it as an “off-road” only bike for track use, and buyers had to sign a waiver “promising” to not register it for the street. As you can imagine, many owners had no problem breaking their promise.

In addition, it’s one of the few bikes where the promise was kept – it’s equipped with a Nevada OHV title. With a safety check, most other states will convert that to a street-legal title for you. This is #264 of the SPS production run of 1000 and it comes with the original stand as well. 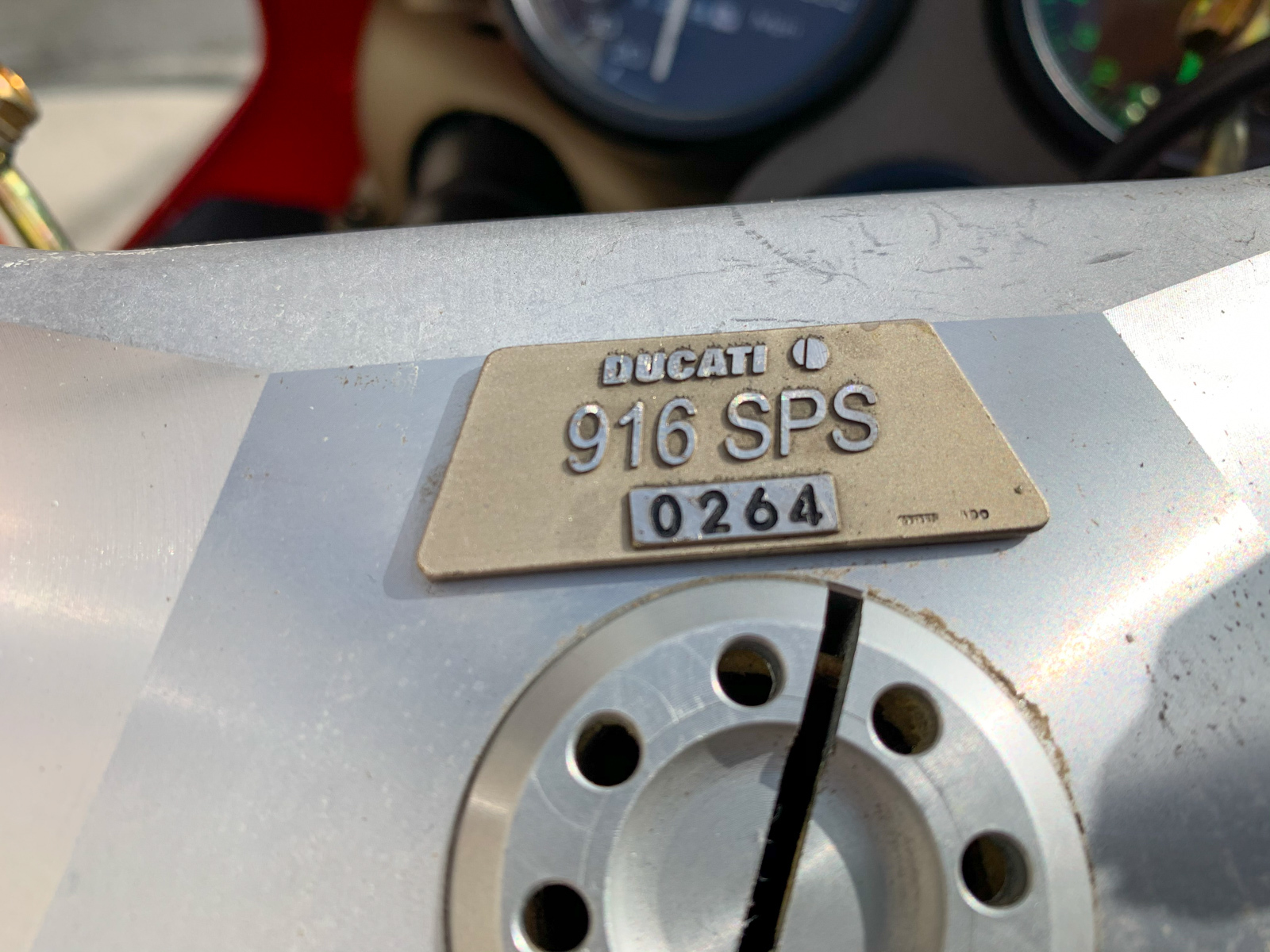 There are some small scratches on the bodywork and right mirror – we’ve tried to document everything in the photo album up top.

In a way, the name tells you everything you need to know – it’s a Sportbike, it’s limited Production, and it’s damn Special.