Click here for an CycleVIN Motorcycle History Report on this 1998 Honda CBR900RR Erion. Additional photos are available here for your perusal. 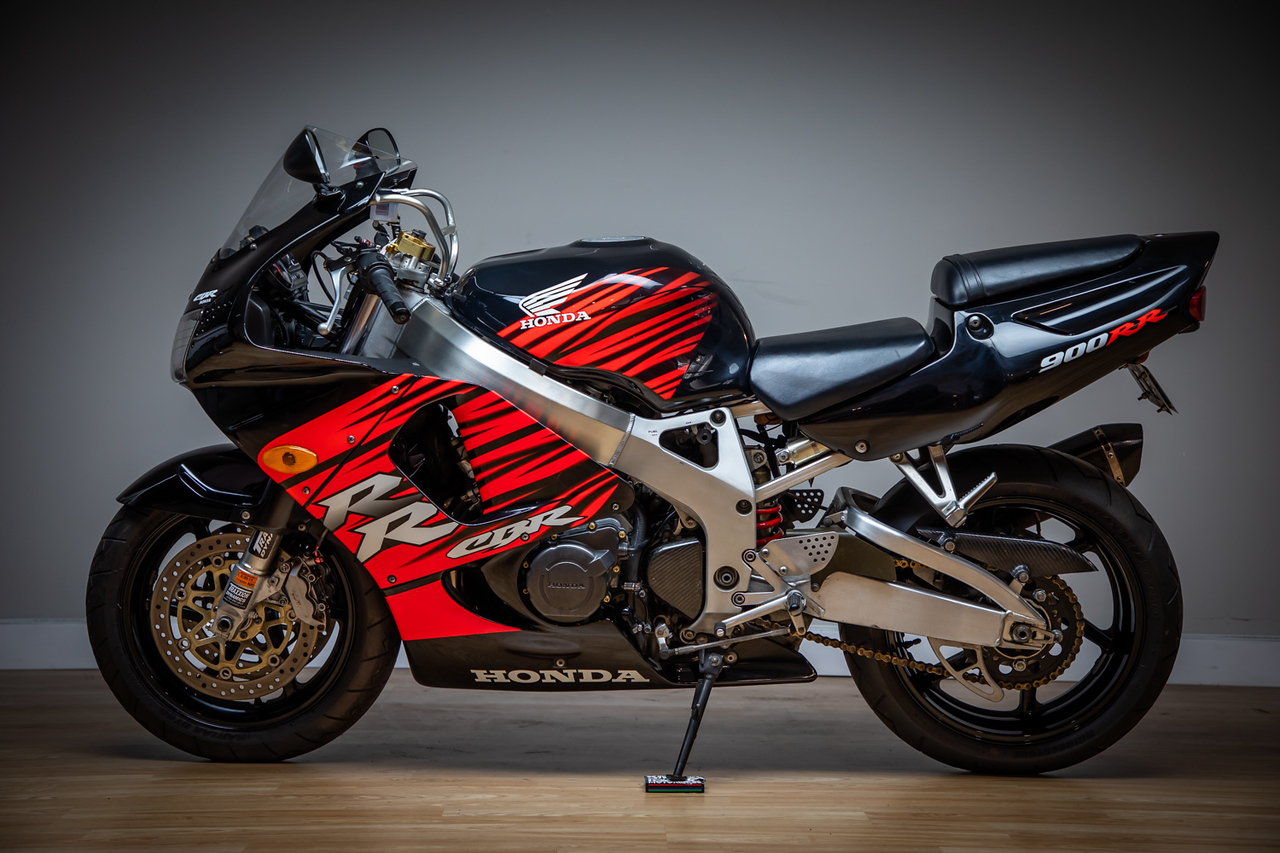 The CBR900RR was his first solo project with Big Red, and the goal was to create a sportbike that was easy to ride. In an interview with Cycle World, Tadao noted, “I told people at the time this new bike would change the thinking for sportbike design, that it would be fun both in corners and a straight line. Originally we started with a CBR750RR but we already had the VFR, so perhaps make it a 1000? No. We also had CBR1000F. Instead we saw that if we took the dimensions of a 750, use the base motor but keep same bore and increase stroke it came to 893cc, so a new class was born, the 900 class.” 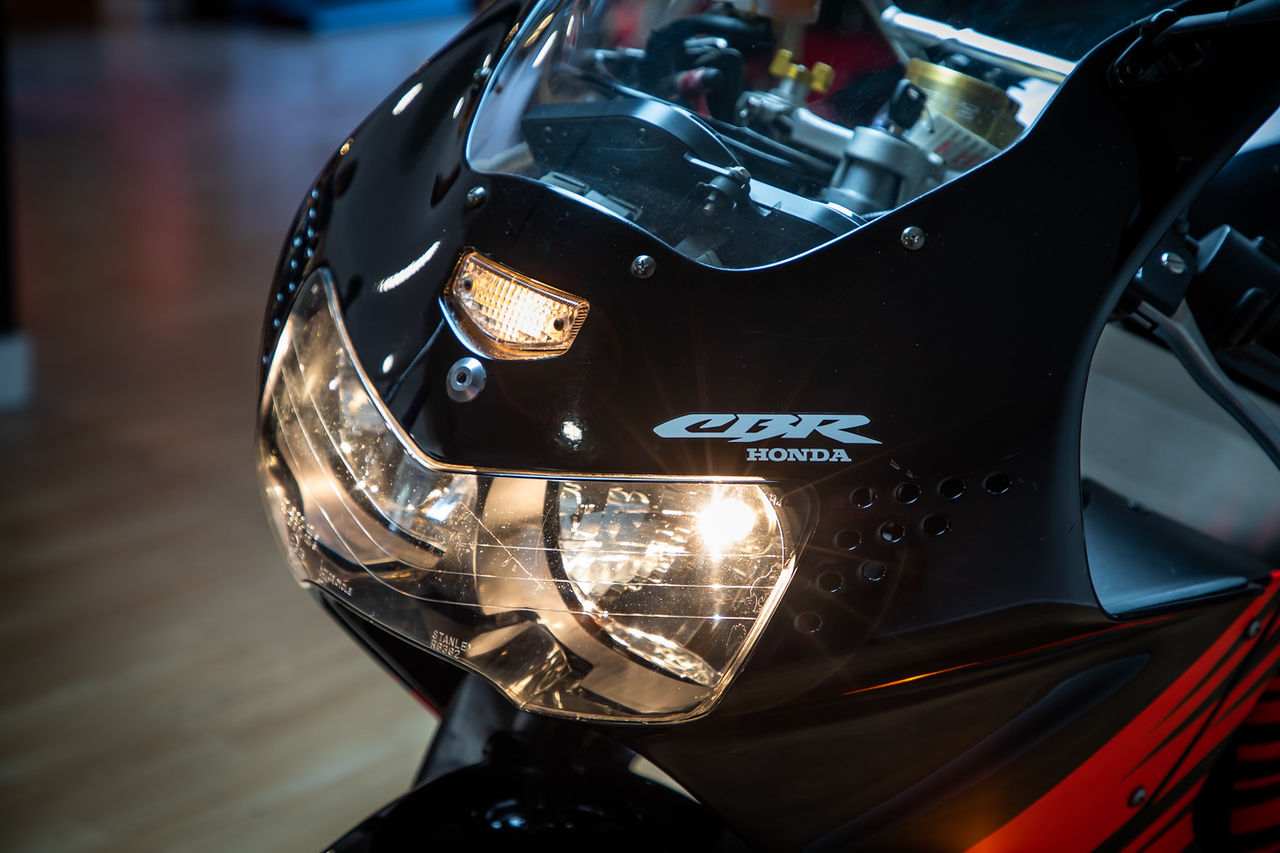 His outlook on current sportbikes was quite negative:

“How can these be called sports bikes when they are so very big and heavy? They didn’t deserve the name.”

You can probably guessed what Baba focused on, and the results were staggering. The CBR900RR was just 4 pounds heavier more than the CBR600F2, and it was a whopping 76 pounds lighter than its lightest literbike competition! Simply put, it was a revelation.

It was also a little twitchy, so when Honda revised the bike in 1998, they wisely added more predictable handling to the list of priorities. Motorcycle.com summed up the changes with: “Although we were hesitant to believe it, the truth of the matter is the new CBR900RR rocks! A few seemingly inconsequential tweaks to engine and chassis have combined to make an animal of an entirely different stripe.” In addition to solid red or yellow liveries, Honda offered a black/red paint job inspired by their Erion Racing-supported AMA Formula Extreme racebike. 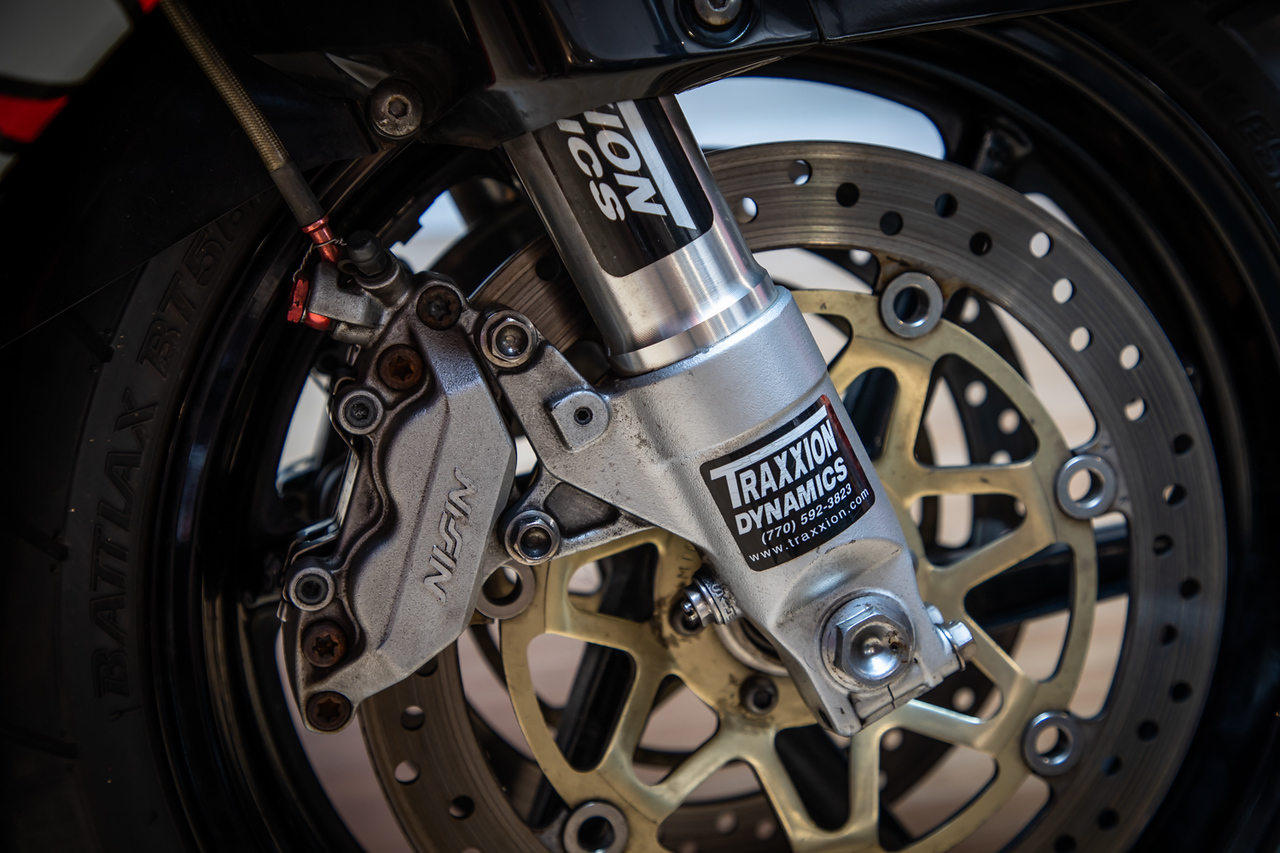 This ’98 example (VIN: JH2SC330XWM201720) has 8,603 miles, and it’s received some upgrades over the years. Obvious ones include a Scotts steering stabilizer, the new Akrapovic exhaust, and some unspecified work to the forks by Traxxion Dynamics. But it’s also got some head work, flat slide carbs, and a few titanium bolts scattered throughout. The previous owner claims that the motor was blueprinted and has some HRC parts, but we are not able to guarantee that. It’s a beauty but there are some expected wear marks considering the age and usage – minor chips and scratches in the front fairing as well as a chip in the paint on the tail, both shown in the photos above. 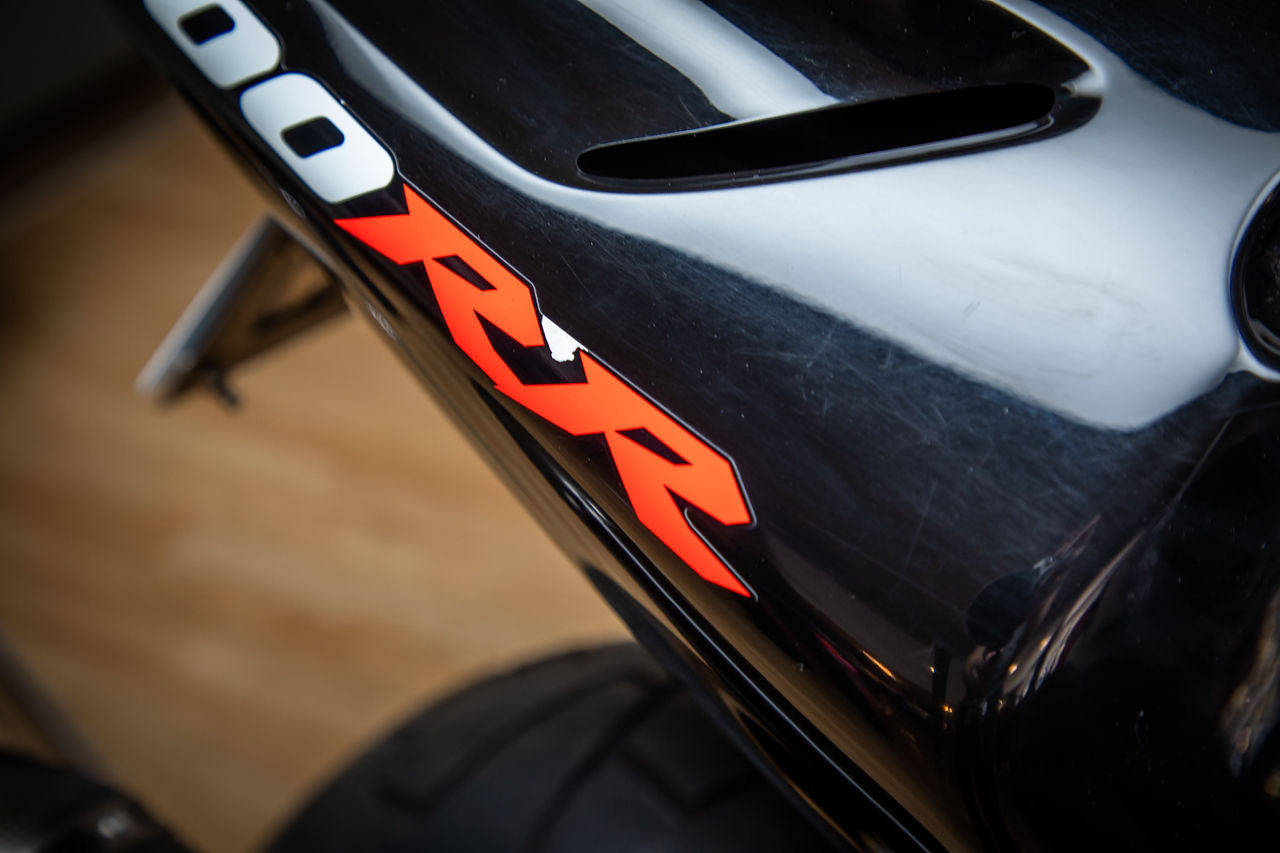 Featured photos by Nathan May 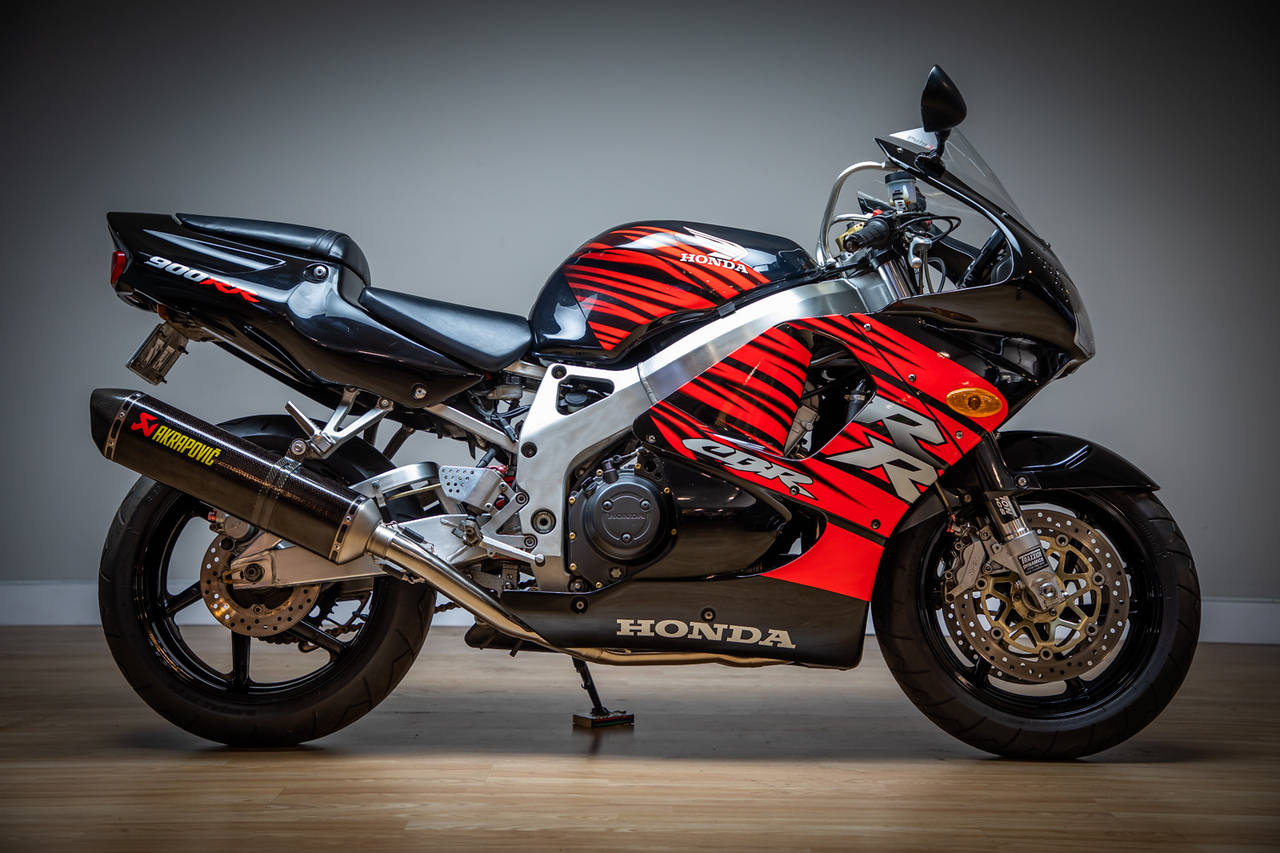