A full photo gallery for this Suzuki GSX-R750 is available here for your perusal. 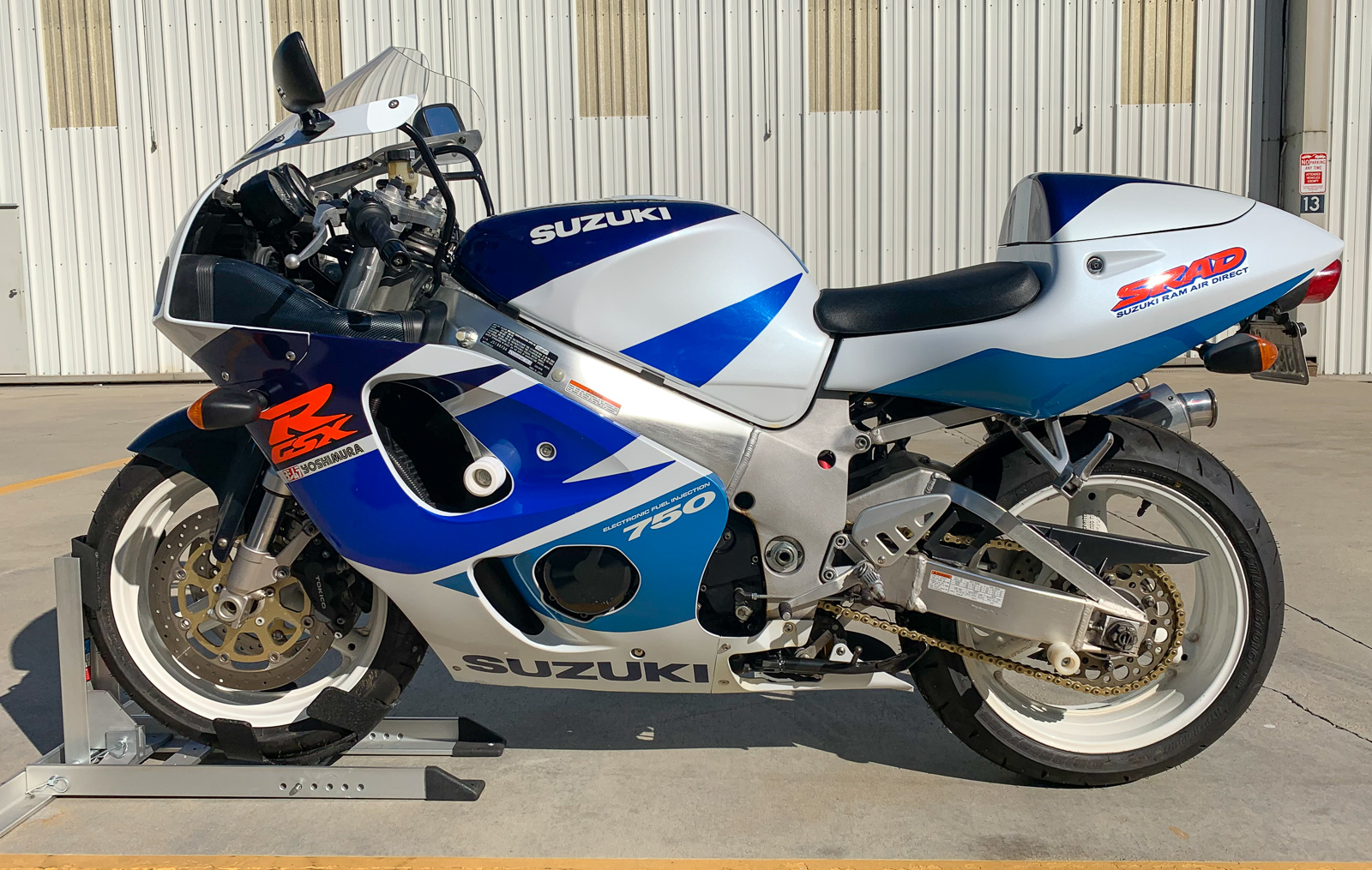 In 1986, Suzuki set the new standard in the sport bike class with the release of the first GSX-R750. A decade later, however, and Suzuki’s competitors had caught up, and the once-mighty Gixxer started looking increasingly long in the tooth. So, for the 1996 GSX-R750, Suzuki heavily revamped the model, delivering a host of features – many of which were derived from the firm’s factory race bikes.

Starting with the frame, the engineers in Hamamatsu abandoned the aluminum double-cradle chassis for the first time since the introduction of the Gixxer, bestowing the 1996 version with a new twin-spar structure based on the RGV GP racer of the day. The new frame was paired with updated fully-adjustable suspension comprised of 43mm inverted Showa forks up front and a monoshock out back. Slowing the 750 was a set of six-piston Tokico calipers chomping down on 320mm discs. 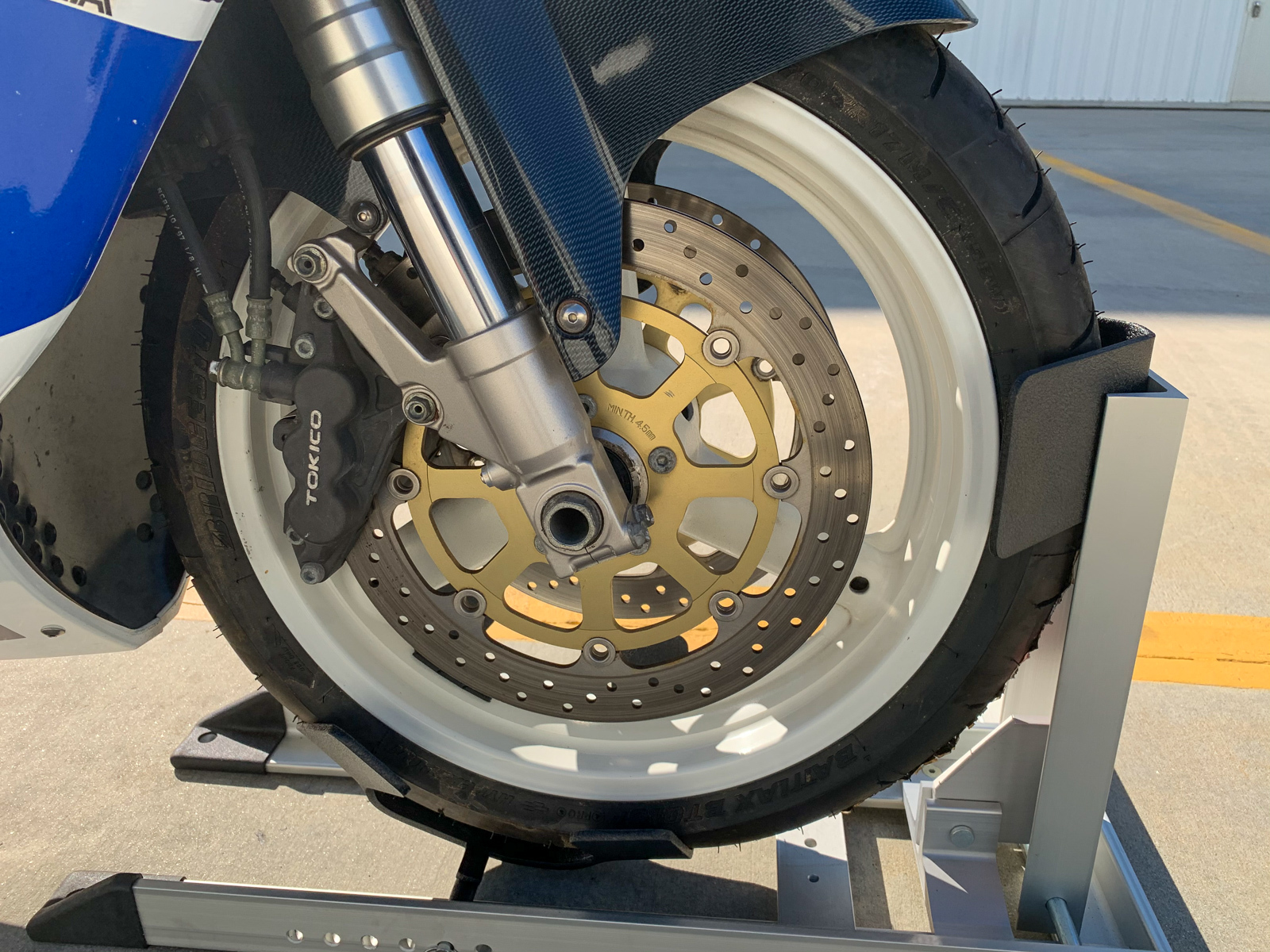 The new Gixxer’s power plant also underwent a complete redesign. The new engine featured a side cam chain, SCEM (Silicon Carbide Electro-Plate) cylinder, and the model’s namesake SRAD (Suzuki Ram Air Direct) induction system. The most compact and lightweight inline-four in its class, the redesigned engine was able to shirk a good deal of weight via the use of new magnesium cylinder head, starter motor, and clutch covers. On top of the new engine and frame, the ’96 GSX-R also got all-new wind-tunnel-developed bodywork inspired by Kevin Schwantz’s RG500 GP mount. While its improved 130.2hp output, revised chassis, and sleek new appearance were definitely of note, the biggest highlight of the updated model was undoubtedly its weight; a svelte 453 lbs fully fueled and ready-to-go. That not only made it 50 lbs lighter than the outgoing model but also placed it in the same ballpark as the 600 class while boasting more peak power than Honda’s CBR900RR.

Two years later, Suzuki released another significant model update in ’98. That year the Gixxer 750 got new cams, lightened internals, a larger air-box with an electronic flapper-valve, CDI ignition coils were added to the mix, gearbox ratios revised, and the biggest change for that year: the addition of electronic fuel injection and 46mm throttle bodies with one injector per cylinder. A steering damper also became a standard amenity and a handful of new graphics packages were introduced. 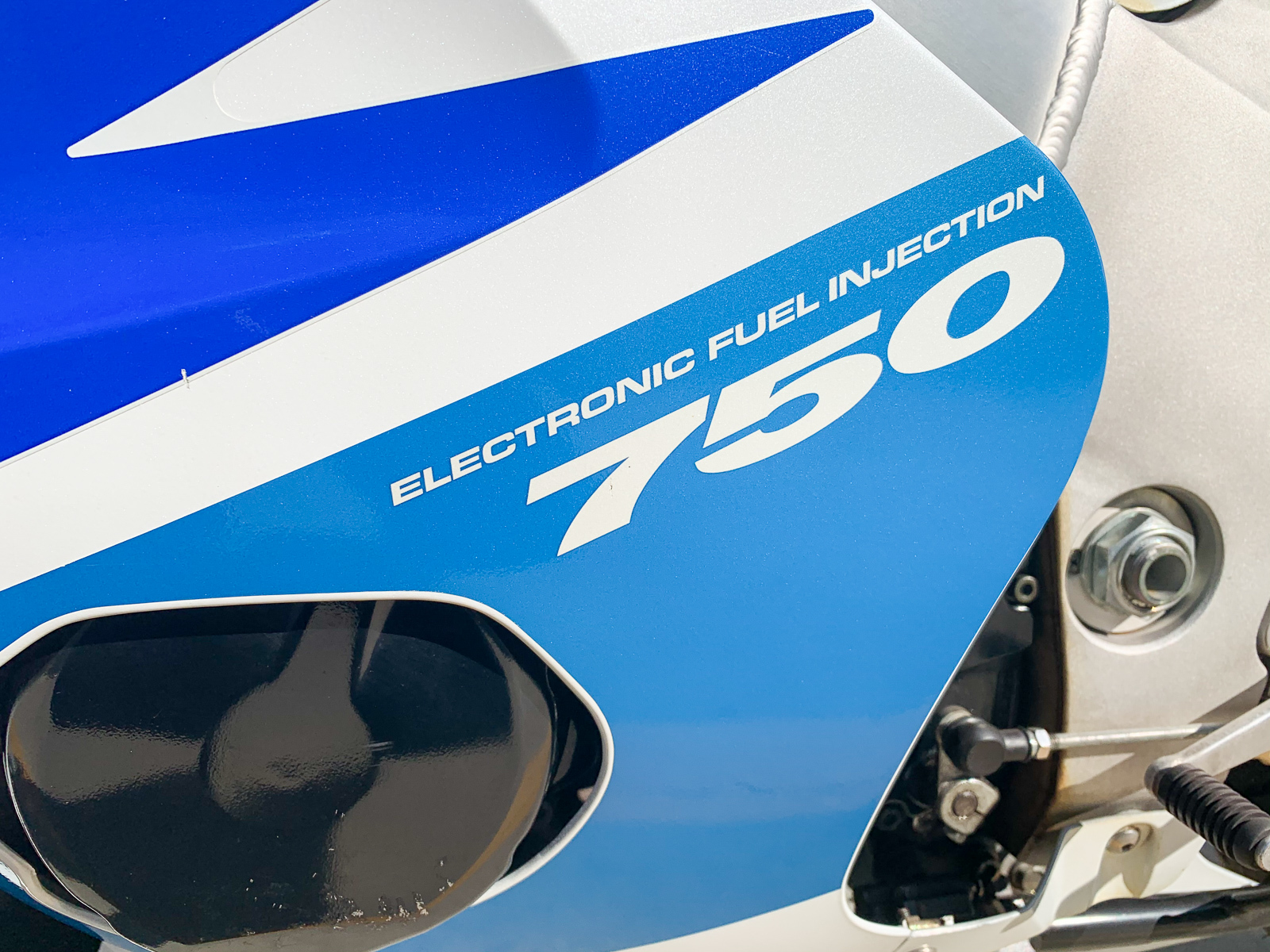 There are very minor scratches on both sides of the bike – nothing unreasonable for the age and mileage – and we’ve documented what we could find in the photo album. You’ll also note a missing right front turn signal – the sale includes a new OEM unit. 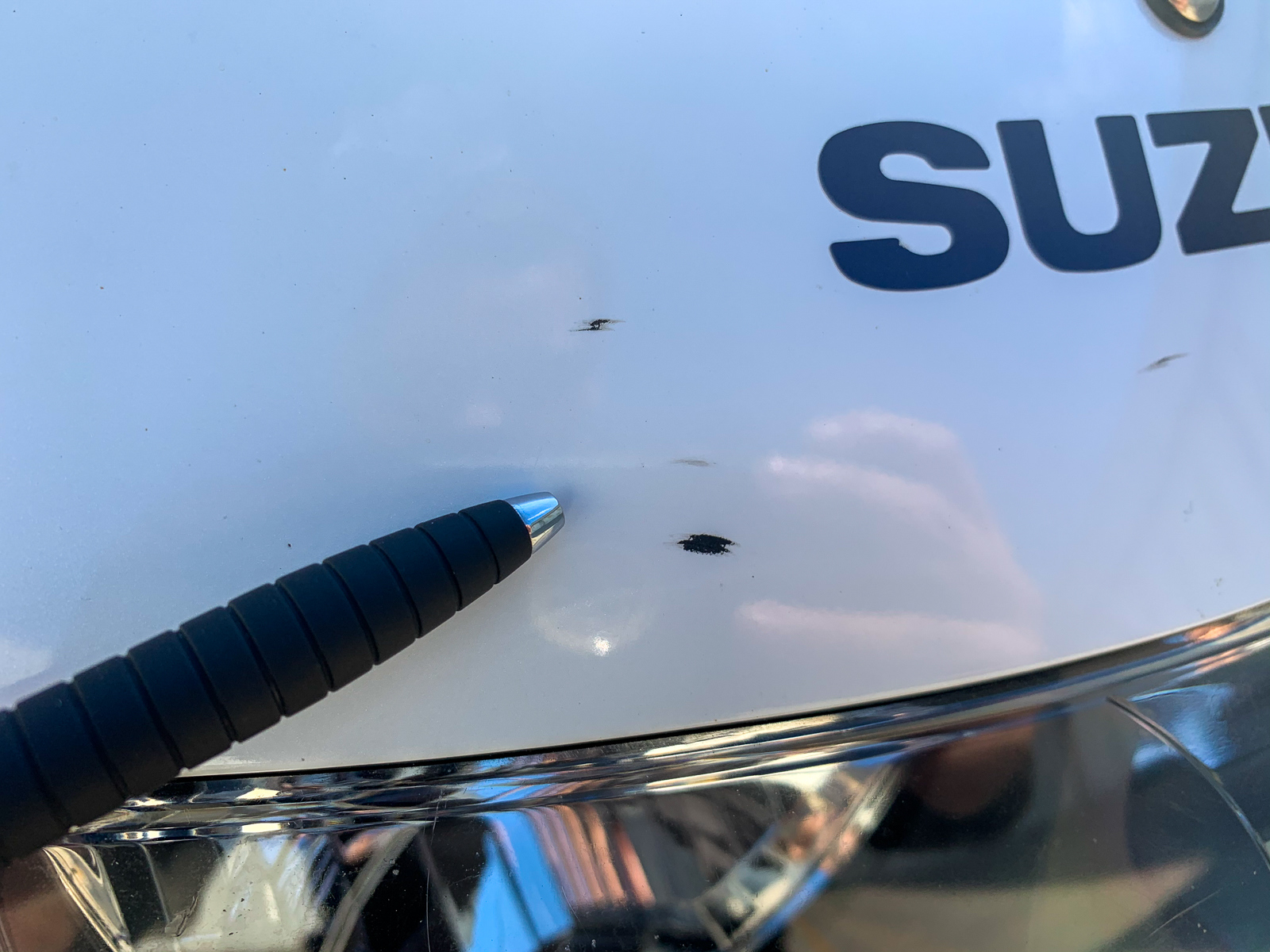 Currently offered on a non-OP California title, this bike has a fresh oil change and 0-miles tires (date code 0407) but she’s not easy to push around so we suggest a brake bleed or ideally steel braided lines as the current hoses are quite hard. 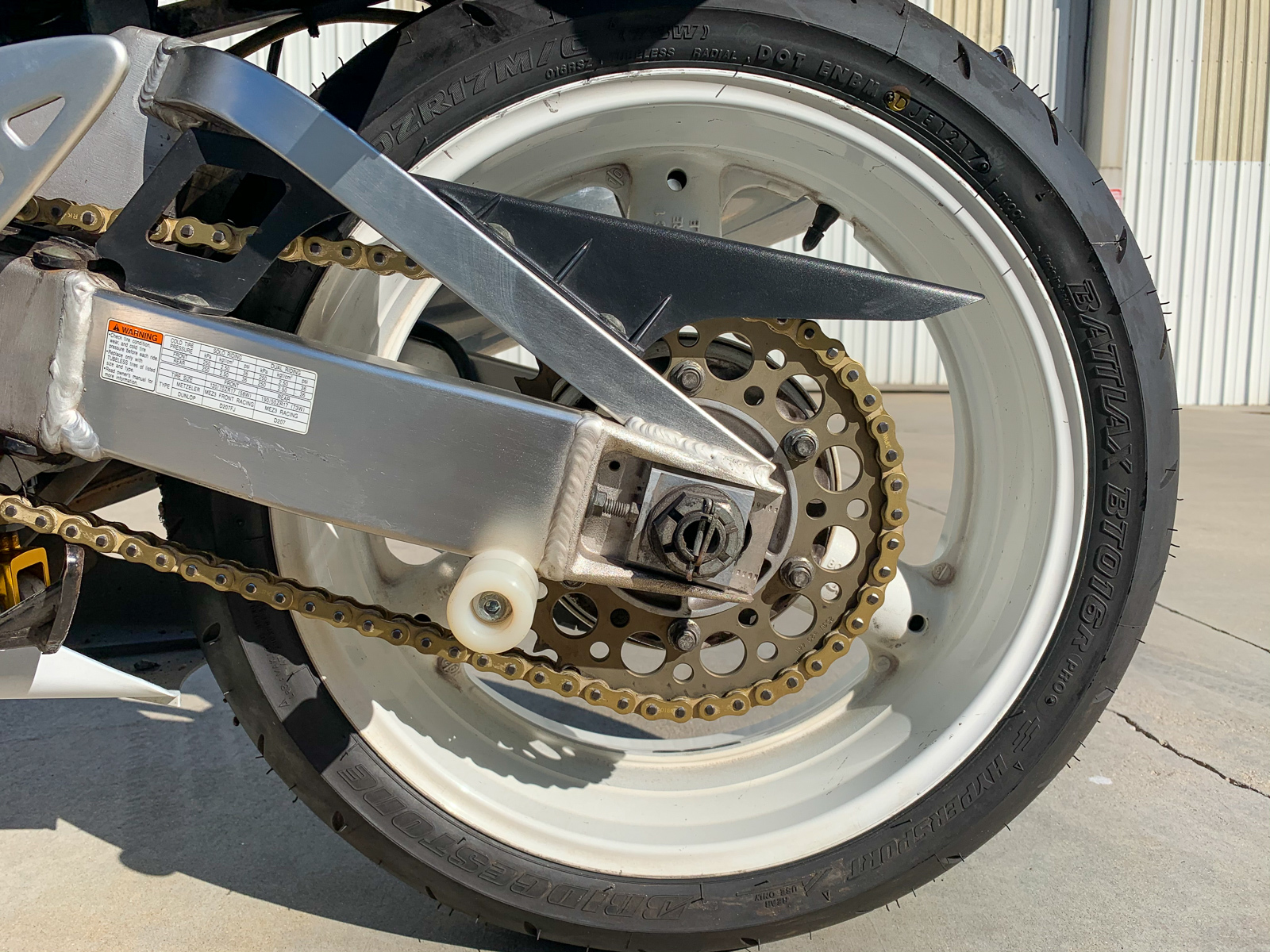 This generation of the GSX-R750 was 50 pounds lighter than the outgoing model (placing it in the same ballpark as the 600 class) while boasting more peak power than Honda’s CBR900RR. It was the best of both worlds, and this one would make for a fine rider.