Additional photos of this 1999 Suzuki Hayabusa are available here for your perusal.

After the Hayabusa’s release, there were talks of Europe banning the increasingly out-of-control-fast machines coming from the East. Things had reached a boiling point, and the Hayabusa was what turned up the dial on the proverbial stove. Not wanting to lose a key market, a “gentlemen’s agreement” was reached between manufacturers, capping top speeds (or at least speedo-readings) to 300km/h (or 186.4mph). That’s one of the reasons why the first year (1999) bikes are so special – they they’re only year that weren’t speed restricted.

In addition, the “Light Copper Brown” has a special place in collector’s hearts – it was only available in 1999 and its reminiscent of the natural color of a peregrine falcon.

Manufactured in July of 1999, this example is VIN: JS1GW71AXX2104534. We recently acquired it through our friends at GJC in a container from Japan, though it appears that it was originally sold new in Canada.

Maintenance:
In preparation for the listing, the shop replaced the regulator rectifier, cleaned the air filter, rebuilt the front master cylinder, and swapped out the tires. Additionally, the oil and oil filter were changed, and the brake fluid and coolant were flushed. Alex and Yonni did the work; they note in their condition report that the low beam, high beam, turn signals, and tail light, as well as the brake light, plate light, kill switch, horn, and battery are all OK. 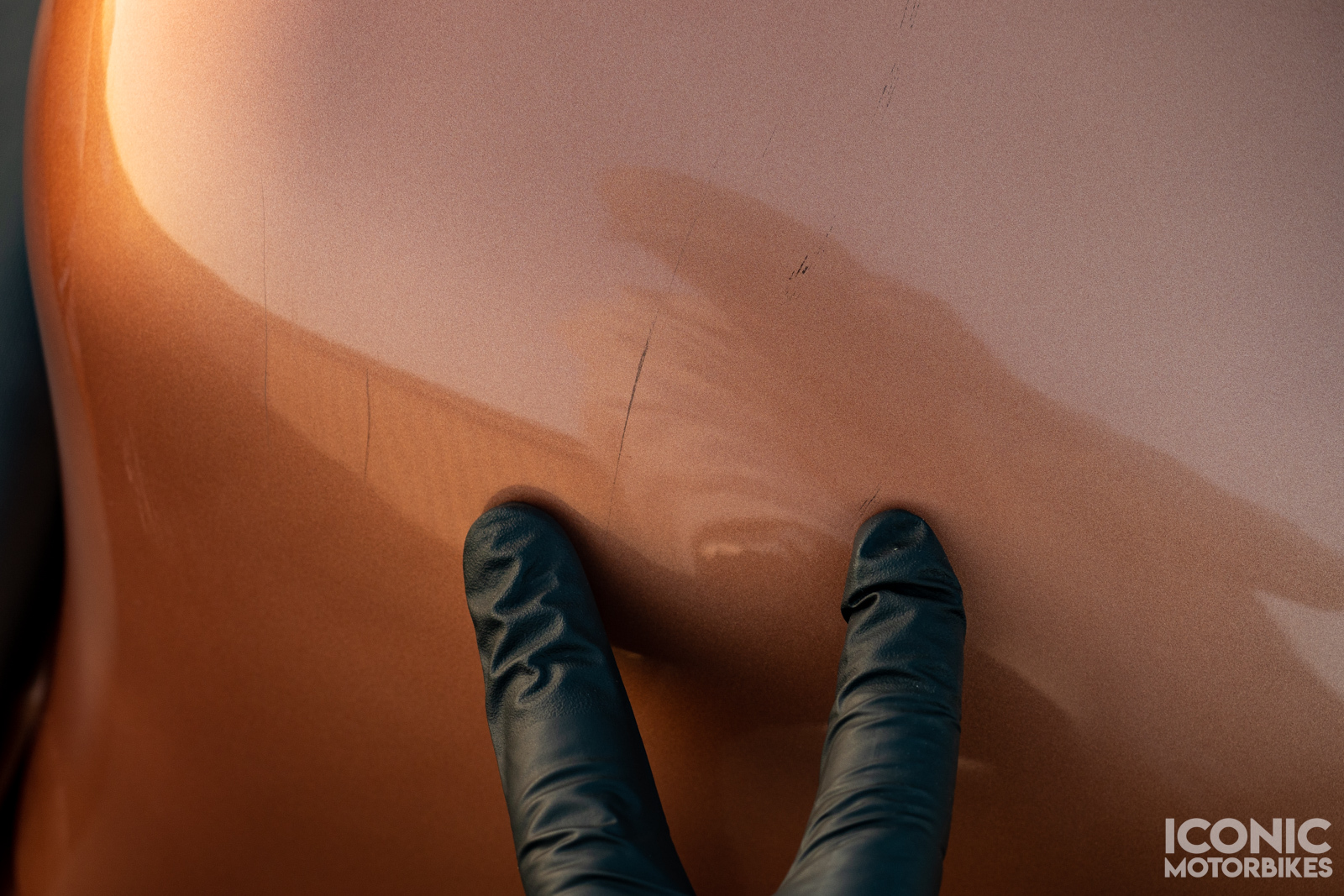 It is riding on Bridgestone Battlax S22 Hypersport tires with date codes of 0422 and 0522.

Currently located at our facility in Santa Monica, California (please make an appointment for an inspection), this Suzuki is offered on a clean Oregon title. Have any Hayabusa stories or questions about this listing? Let us know in the “Comments” tab!