This auction is under proxy bidding.

Click here for an CycleVIN Motorcycle History Report on this 1999 Suzuki Hayabusa. Additional photos are available here for your perusal. 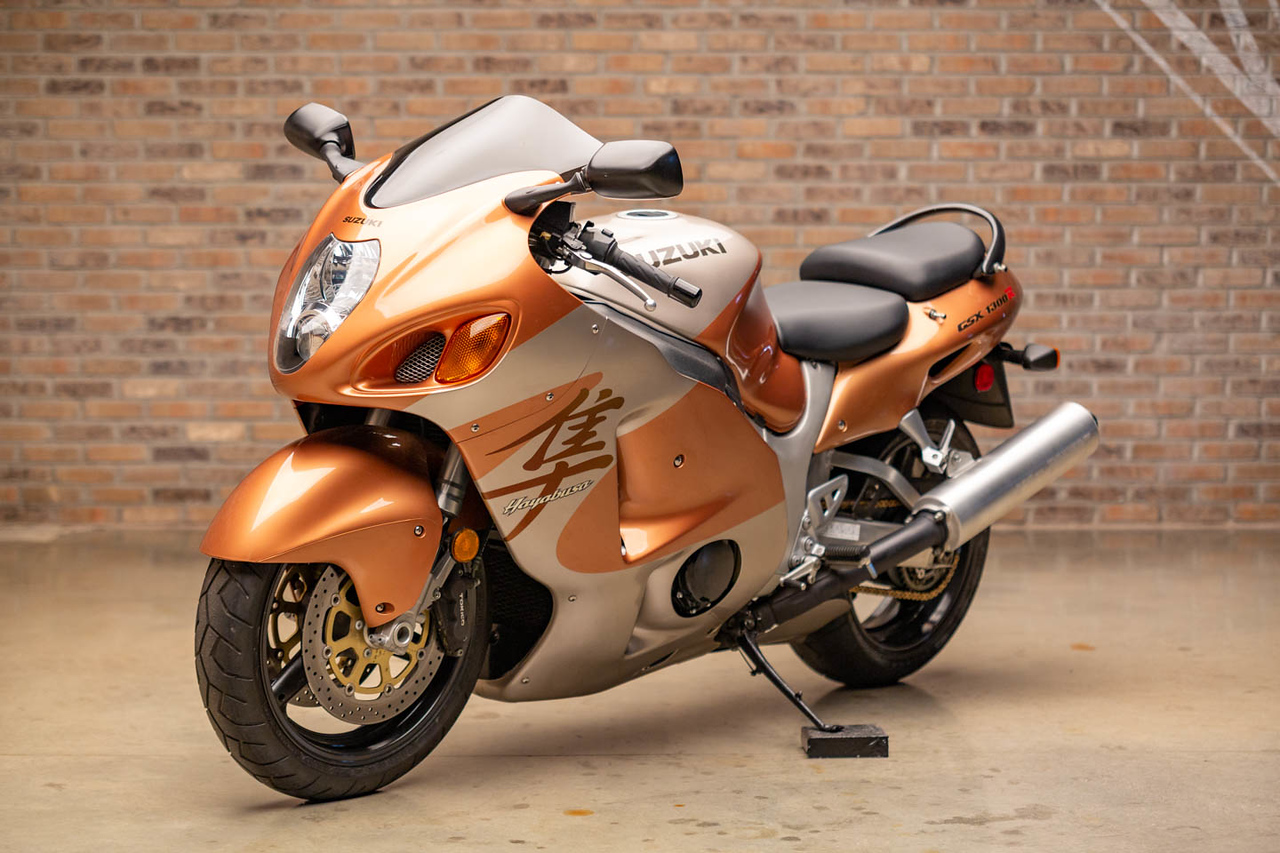 After the Hayabusa’s release, there were talks of Europe banning the increasingly out-of-control-fast machines coming from the East. Things had reached a boiling point, and the Hayabusa was what turned up the dial on the proverbial stove. Not wanting to lose a key market, a “gentlemen’s agreement” was reached between manufacturers, capping top speeds (or at least speedo-readings) to 300km/h (or 186.4mph). That’s one of the reasons why the first year (1999) bikes are so special – they they’re only year that weren’t speed restricted.

In addition, the “Light Copper Brown” has a special place in collector’s hearts – it was only available in 1999 and its reminiscent of the natural color of a peregrine falcon.

Manufactured in May of 2009, this example is VIN: JS1GW71A6X2103638. The seller is the Throttlestop Motorcycle Museum in Ekhart Lake, Wisconsin. They acquired this from the Mecum auction in January of 2020 to display in their museum. They are letting it go as they’ve recently acquired a zero-mile example that will be put on display instead.

During their ownership, Throttlestop has put 5 miles on this bike. The odometer shows 3,695 miles.

Modifications:
It is entirely stock with the exception of a tinted windscreen.

Mechanically, Throttlestop just serviced it and note that it “runs and rides fantastic and is ready to roll” though it’s still on the original tires, which show dry cracks. The sale includes two keys. 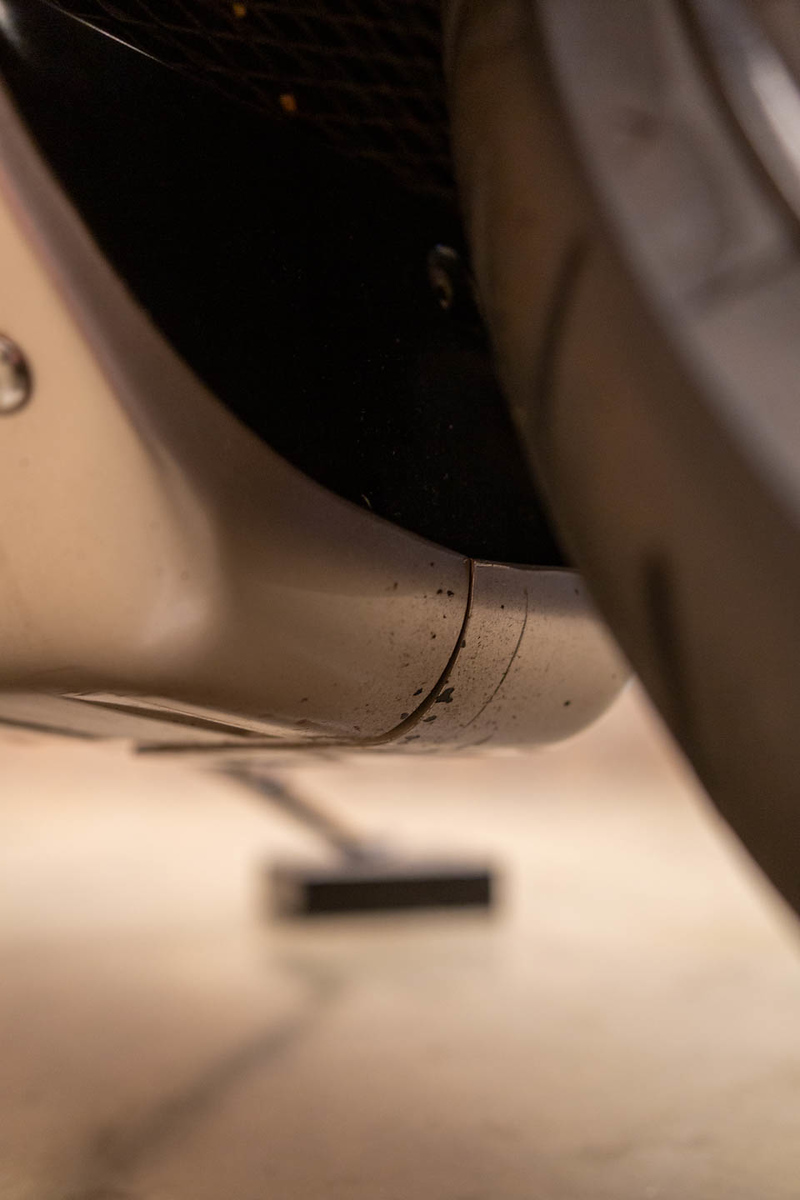 Special note is given to the exhaust, which is “all in beautiful condition.”

Currently located at Throttlestop’s museum in Elkhart Lake, Wisconsin (please make an appointment for an inspection), this Suzuki is offered on a clean Arizona title. “The title is re-assigned to us (our dealership) from the previous owner and will be sold and re-assigned to the new owner through our dealership.” 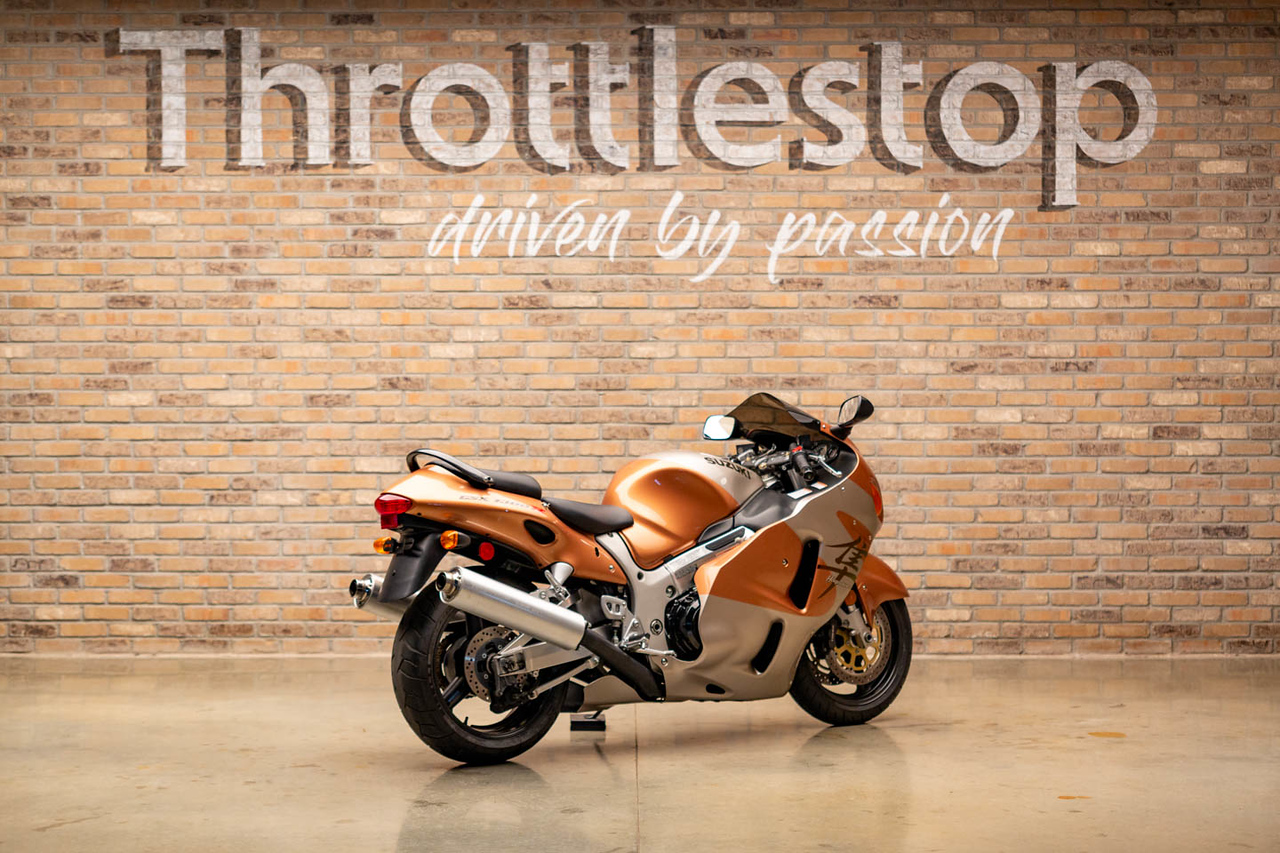 Have any Hayabusa stories or questions about this listing? Let us know in the “Comments” tab!