Additional photos of this XR650R are available here for your perusal.

Affectionately known as the King of Baja (or the Big Red Pig), the Honda XR650R has gleaned a cult-like following among Honda fans and remains to this day one of the most outstanding open class enduro bikes on the market. The same power and suspension that make it able to bomb through the desert at triple digit speeds also make it an interesting platform for a supermoto, and that’s what we’ve got for you here today.

The original owner suffered from some health issues and the bike sat for a few years – his son was friends with the current owner, who purchased it six years ago. During that time, the seller has covered approximately 600 miles on the bike, and he’s now selling it to put money towards his son’s racing efforts. The seller has owned several XRs over the years and “wanted to build something different”, and we’d say he’s succeeded. The long list of modifications includes custom carbon fiber bodywork as well as custom Ohlins suspension (forks and shock) specifically built for this application by David at Fast Bike Industries.

A custom header feeds into a titanium Leo Vince dual exhaust, and the bike rolls on BST carbon fiber wheels.

Additional touches include a

This XR (VIN: JH2RE0109YK100175) is street legal in California and is currently located in San Diego.

The seller has a folder full of build details and receipts of purchased parts.

Recently, the rear master cylinder was rebuilt and the bike got all new fluids. It has no mechanical issues to note and it’s said to start on the first or second kick. If you’re a fan of lightweight street weapons, this highly-customized XR650R merits a very close look. 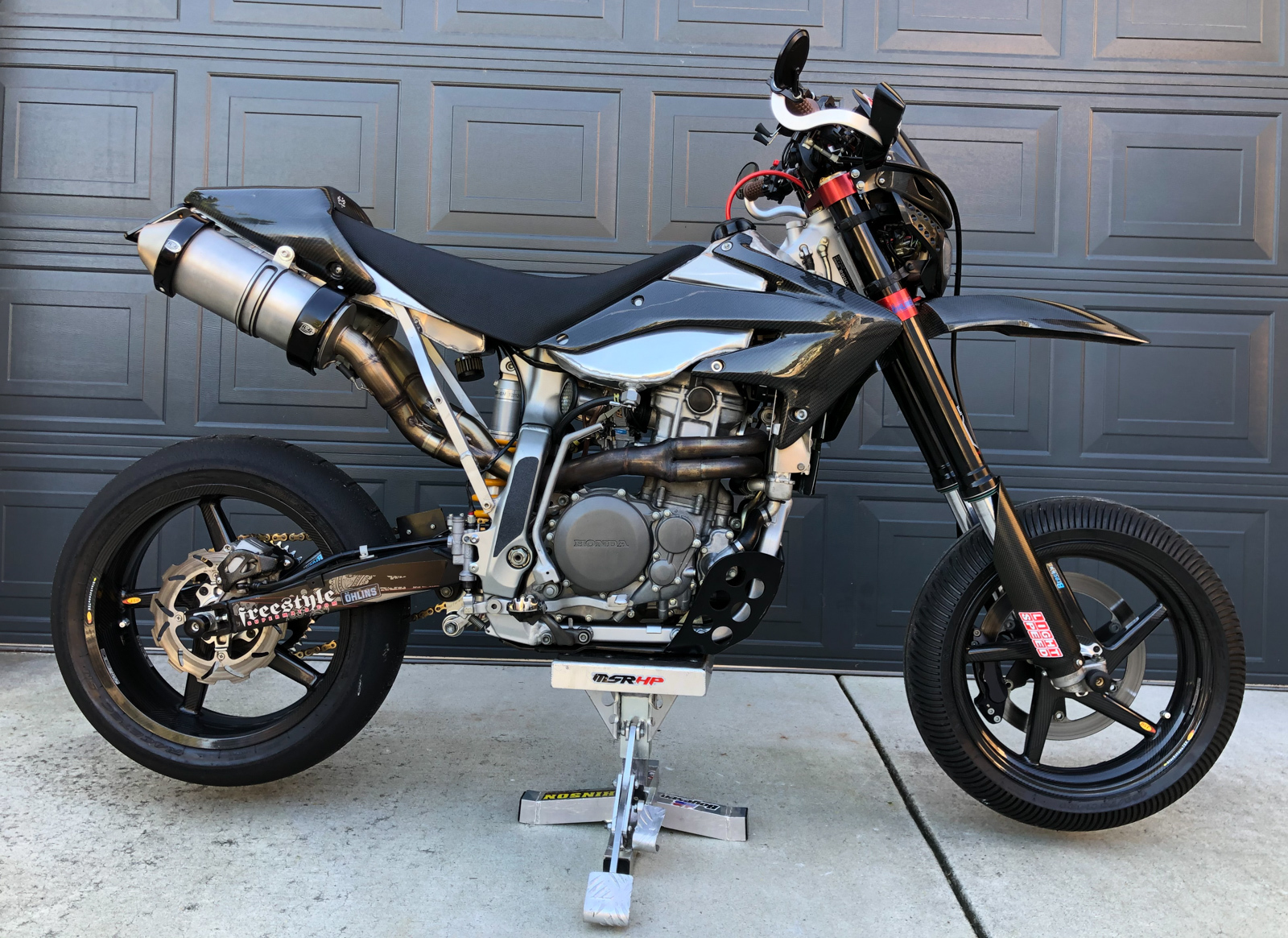 After the auction ended, the high bidder and seller agreed to a price of $8,650 including buyer’s fees. Congratulations!

Is the stand included?

if the price is right=)