Additional photos of this Serie Oro are available here for your perusal.

After decades of racing dominance in the middle of the 1900s, MV Agusta started to flounder after the death of the Agusta brothers who founded the company. They piddled around until being purchased by Cagiva in 1991 – but it took nearly another decade for the company to start making bikes again. The end result was stunning F4 superbike, and MV started things off with a limited edition.

The Serie Oro (Italian for gold) was the first F4 released to the public, and just 300 examples were sold worldwide. Designed by Massimo Tamburini, the legend who brought the Ducati 916 into the world, the F4 featured the traditional red/silver scheme of MV Agusta’s in the past, as well as a distinctive four pipe undertail exhaust. The F4 looked so ahead of its time that it utilized in the 2004 film I, Robot (set in 2035), and the Italian did not look out of place.

The swingarm and wheels (among other parts) were made from magnesium, then anodized gold to match the “Oro” name.

Any part that’s painted on this bike was made with carbon – even the fuel tank and airbox. This helps the bike weigh just 396 pounds, which meant that the 124 horsepower, 749cc inline-four was plenty adequate. 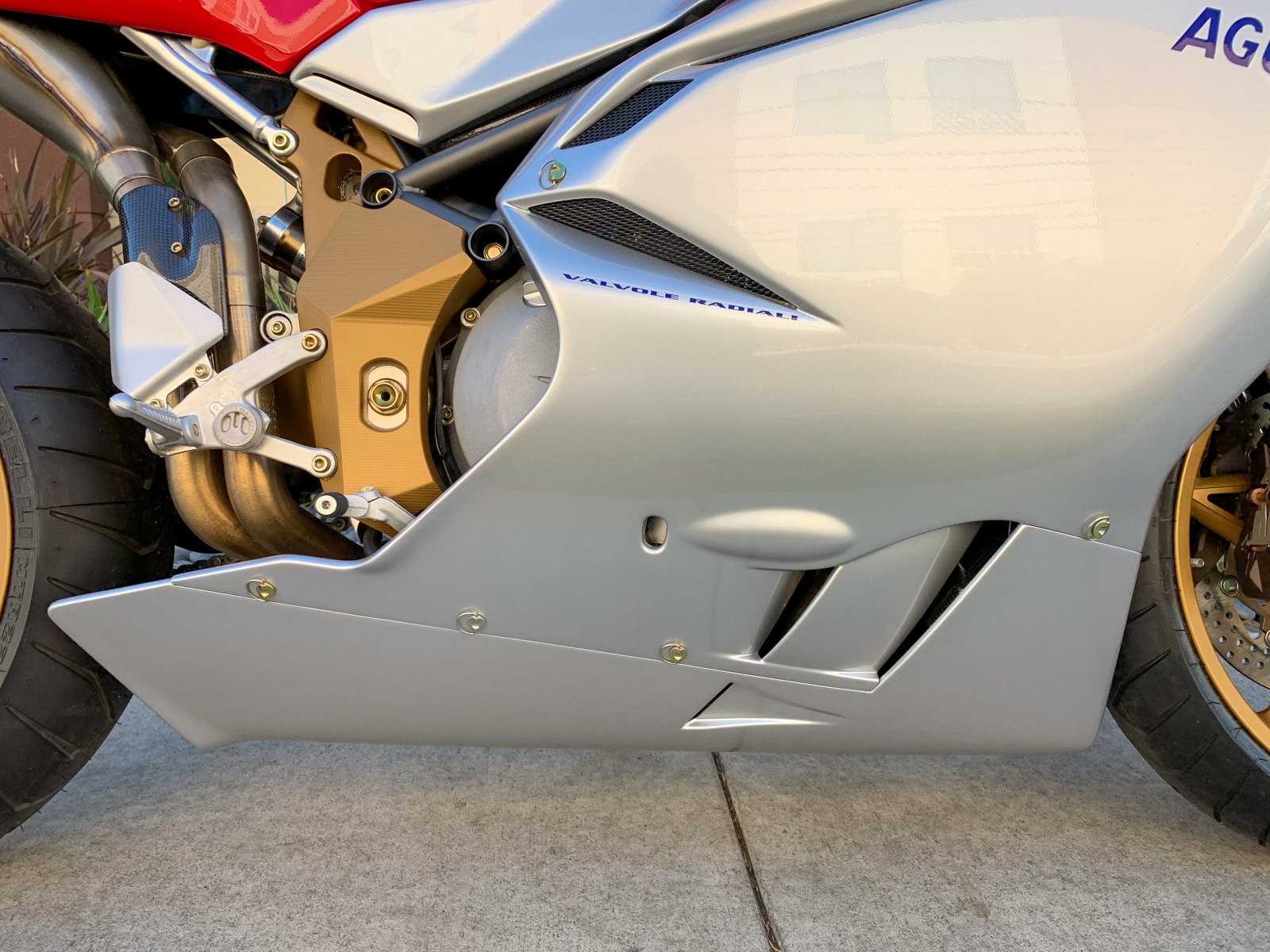 A zero-mile motorcycle, this MV still has some touches from the delivery process, including the covers over the grips and the steering stabilizer.

The spark that made MV Agusta lust-worthy again after decades of irrelevance, the Serie Oro is a true collectible – and this is one of the nicest examples you’ll ever find. After the auction ended, the seller accepted an offer from a non-bidder for $35,900 including buyer’s fees. Congratulations!