Auction Scheduled To End On:

Click here for an CycleVIN Motorcycle History Report on this Aprilia RSV Mille R. Additional photos are available here for your perusal.

First released in 1999, the RSV Mille marked Aprilia’s first foray into the big-bore superbike market. The model was well-received, touted for being exotic yet still more affordable than Ducati’s 996, while offering reliability more on par with V-Twins like Honda’s RC51 or Suzuki’s TL1000R. 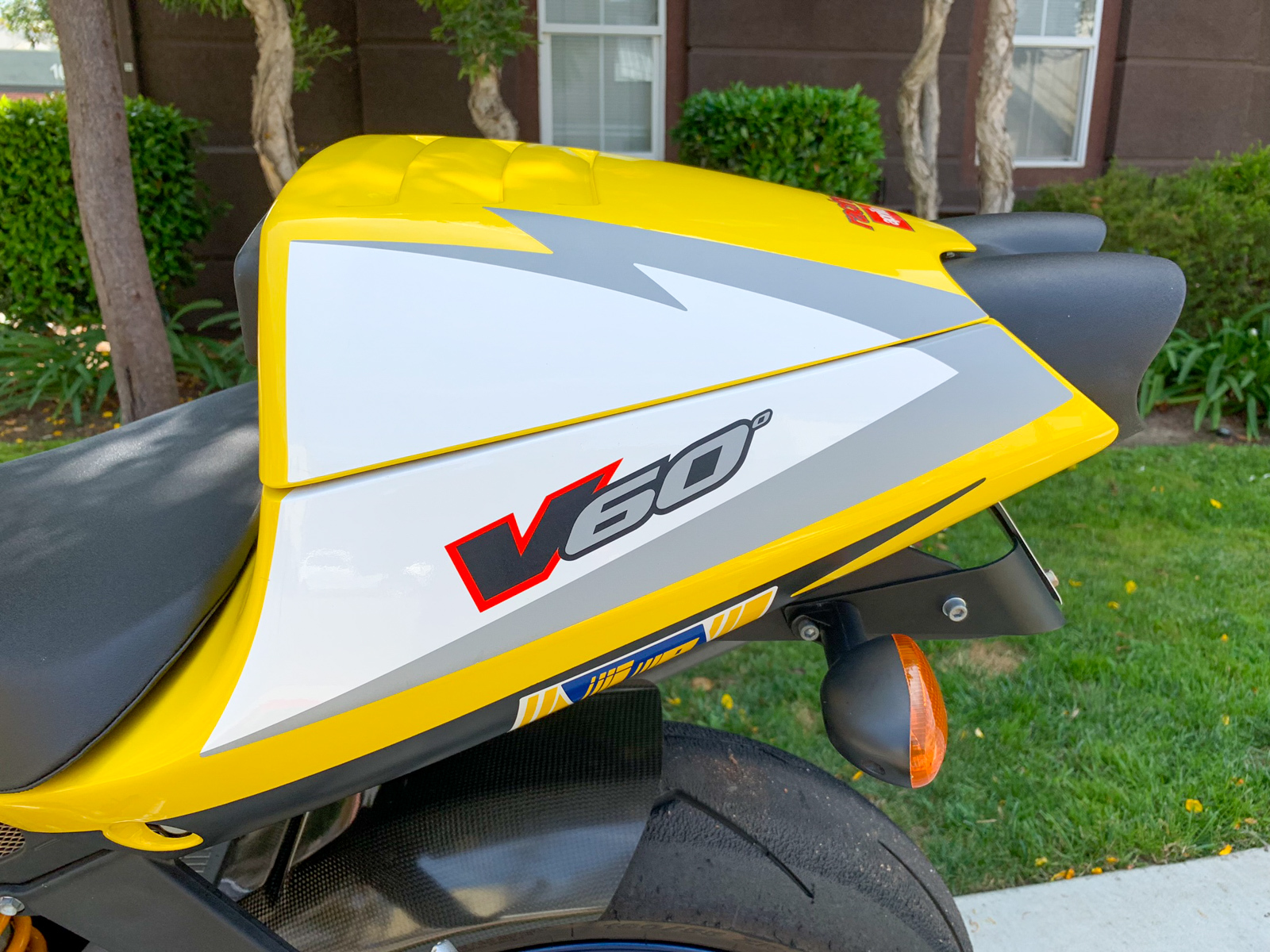 Drawing from experience born out of the Italian firm’s race program — specifically its 250 GP machines — Aprilia bestowed the V-Twin literbike with an array of trick competition-derived features like its box-section aluminum-alloy twin-spar frame and double banana swingarm. 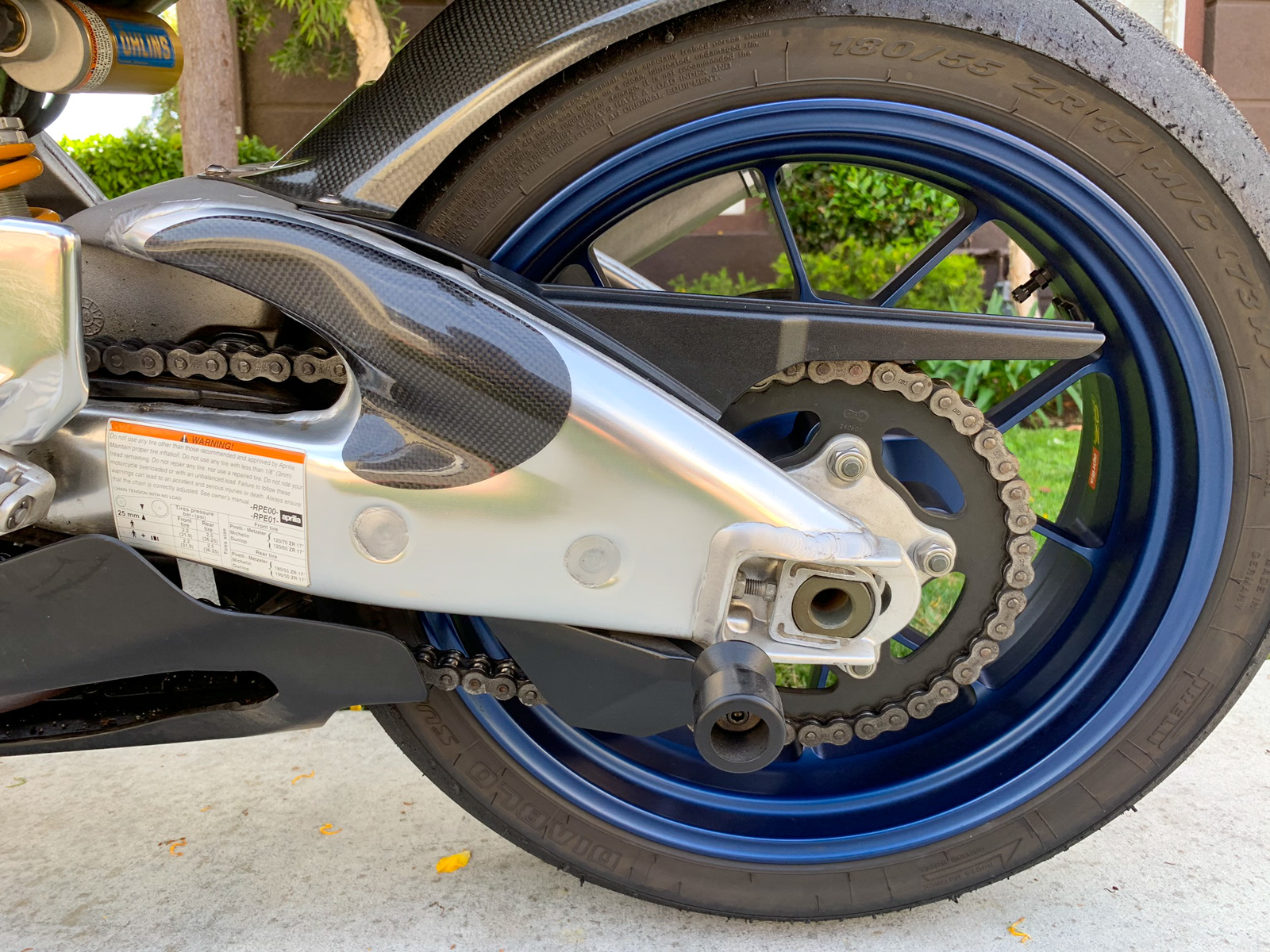 Powering the Mille was a liquid-cooled, 997cc, four-stroke, 60-degree, longitudinal, V-Twin with double overhead cams, four valves per cylinder, and electronic fuel injection. Produced by Austrian engine outfit, Rotax, the Mille’s mill made a claimed 130 hp at 9,500 rpm and 74 ft-lbs of torque at 5,500 rpm. The motor was also markedly more reliable than that of Aprilia’s Italian competitors. To lessen the 60-degree twin’s proclivity for immense vibration — especially when nearing its 170+ mph top speed — the RSV’s engine utilized an Anti-Vibration Double Countershaft system.

Produced from 1999 through 2003, the RSV Mille was offered in three variants; the base model, the homologation special SP version (or Sport Production); and the R-spec. The R-spec got upgraded forged aluminum rims, a shorter subframe, carbon fiber fenders, and the standard 43mm Showa fork and Sachs mono-shock were replaced by top-shelf Ohlins units. Braking duties went to dual 320mm discs pinched by four-pot calipers. 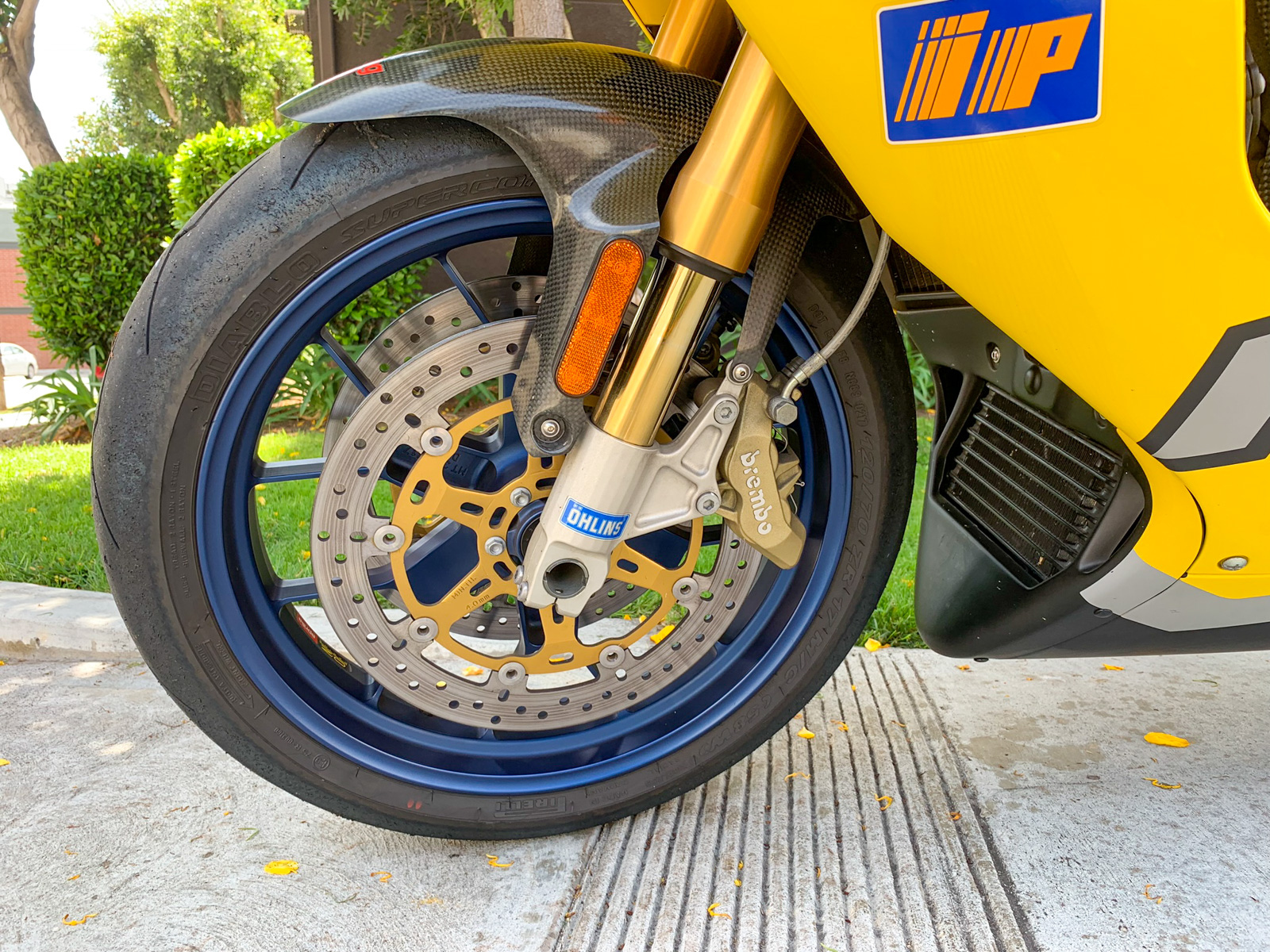 This particular RSV Mille R example is from 2001, the same year the model received its first updates in the form of a facelift and new wind deflectors to bolster aerodynamics and air flow, a new plastic tank, and a reworked rear shock (on both the base and R-spec models). Overall, this ’01 R-spec is in great shape, though there are a small amount of tiny nicks: a scratch on the frame, a mark on one of the lion decals, and scuff on the seat cowl rib. It has just 4,000 miles with a recent oil change, Oberon clutch slave cylinder, Samco hoses, and new Pirelli tires. All those modifications were done in the last 200 miles, and the bike also has carbon fiber swing arm protectors and track stand spools. The sale includes a passenger seat. 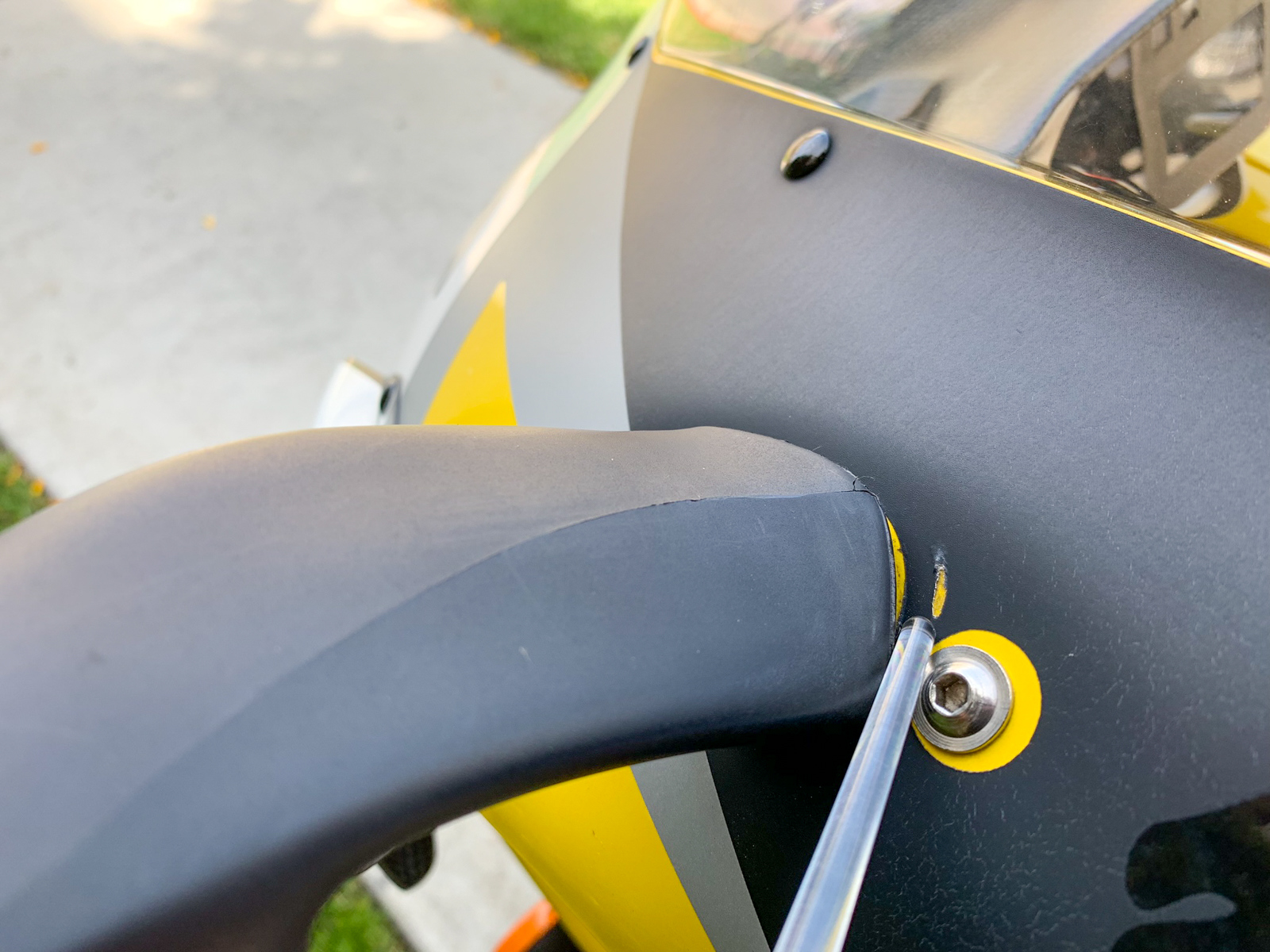 Offering the exotic appeal of a turn-of-the-millennium-era Italian V-Twin superbike, at a surprisingly reasonable price — especially for used examples — the RSV Mille R is one of motorcycling’s best-kept secrets. Austrian power, Swedish suspenders, Italian chassis, and style, what more could you possibly ask for? This bike’s California registration is expired, but the seller will pay to bring it current for any California buyer. Auction Scheduled To End On: