Affectionately called “the Ragin’ Cajun” by his many fans, Jamie James is a former AMA Superbike and Supersport champion who is best known from his time with the Vance & Hines Yamaha AMA race team in the mid-1990s. His run of success earned him a spot on Yamaha’s Wall of Champions, and his connection with Yamaha blue even extended from racing into the creation of limited-production motorcycles! That’s right – for 2002, Jamie (as Jamie James Productions) built a limited run of street bikes based on the YZF-R1. Here’s #4.

From a Yamaha press release announcing this machine:
“After all those years on Superbikes, I never was impressed with streetbikes until I rode Yamaha’s R1,” James explains in his characteristic Louisiana Cajun drawl. “And I’ll tell you what, this bike here is faster than the Vance & Hines Yamaha Superbike I raced in ‘96. With Yamaha’s new fuel injection the engine’s response and fuel curve stay perfect. When you hit it – it’s perfect,” James adds with eyes widening and head rolling back for emphasis.

“I used as many OEM Yamaha parts as possible because I know they’ll stand up over the long haul,” said James. “A lot of times when you do a lot of mods, you might sacrifice the engine’s torque or reliability. I built a nice streetbike with lots of torque and long-term reliability. It’s all stock below the headgasket, so it should be as reliable as any stock Yamaha.”

Cycle World got some time with the JJP R1 at Road Atlanta, and when interviewed Jamie says that he “wanted to build something that I would really enjoy, that I think would be an ultimate streetbike.” Jamie also explains that he was trying to become “the Saleen Mustang of the motorcycle world”, which is why these were ordered directly from your local Yamaha dealership.

As noted in the CW review, there are extensive modifications outside of the engine. Here’s what Cycle World mentions:
“James begins with Yamaha’s already stellar open-class R1, stripping the bike down to nearly the bare frame. Up front, a handmade JJP top triple clamp–to which an Ohlins steering damper is bolted–replaces the stock clamp, and a set of Ohlins Road & Track fork tubes slide into place.”

“James is a big fan of Braking’s Wave rotors, and says he can notice a big difference in the way the bike flicks from side to side with them in place. The rotors are worked by a pair of AP Lockheed six-piston calipers, which connect to an AP master cylinder with Goodridge braided stainless-steel hoses, and mount to the fork tubes with JJP-machined aluminum brackets.”

“The stock shock is jettisoned and replaced with an Ohlins unit, which allows for ride height changes and has a remote preload adjuster. Another Braking Wave rotor and Goodridge brake line are found out back…An Akrapovic [Evo Titanium] pipe takes care of the exhaust, and James is dabbling with fuel injection modifications and cam timing before deciding on a final spec.” The seller of this example provided a build list for his machine, which specifies Orient Express adjustable cam sprockets as well as a Yamaha Racing head gasket.

“While James is hard at work on the chassis, the cylinder head is sent off to Robert Reeves (formerly of NASCAR engine fame) who cleans up the ports, re-cuts the valve seats, and smoothes out the rough edges between the seats and combustion chambers. The cams are timed to midrange-enhancing numbers specified by Reeves, but otherwise the engine is left stock internally…the subtle cylinder head massaging and cam timing changes have given the bike an extremely potent midrange and bottom end, which was masking what is actually a peak horsepower gain of 14 ponies!” 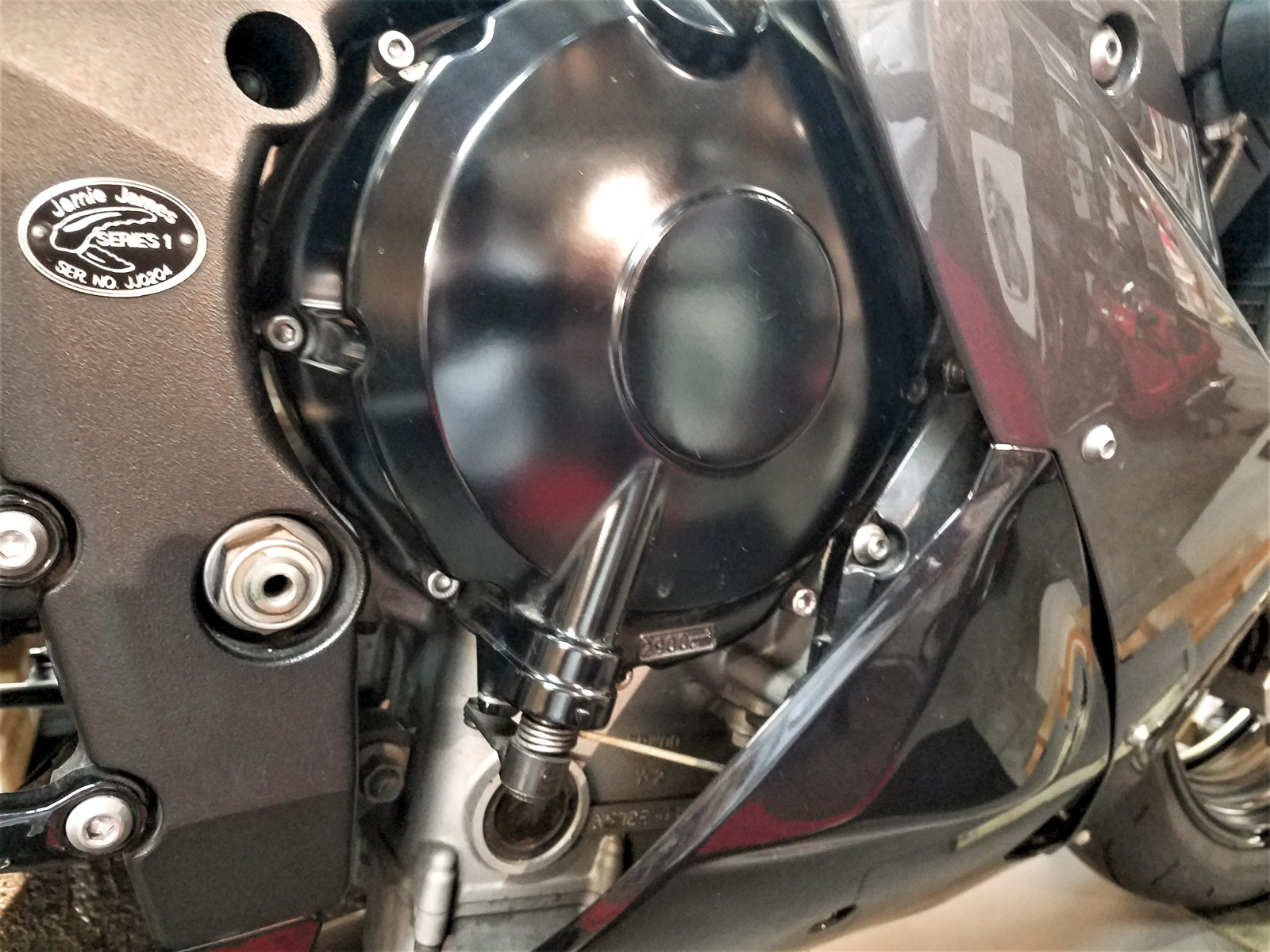 “Detail touches are liberal on the JJP bike, and include a handmade fender eliminator (which incorporates tiny license plate lights into its mounting fasteners) and an etched plate on the frame which identifies and numbers each bike. But the crowning touch that really separates the JJP R1 from other custom sportbikes is the paint. James’ spray booth would make any professional painter envious, and in it Russell Moeller applies the base colors and custom decals, then overlays everything with three coats of deliciously deep clear. The finish easily rivals the stock paint job, and it’s impossible to feel the decal edges under the clear coat.”

Cycle World mentions how the bike was excellent on track at Road Atlanta, and add that “it’s on the street, however, that James’ creation really shines. That midrange rush is intoxicating arcing through a canyon, as the power gains are perfectly placed for quick street riding. The chassis is likewise fantastic on the street, with the bike feeling planted and stable over pavement that is quite rough in places.” 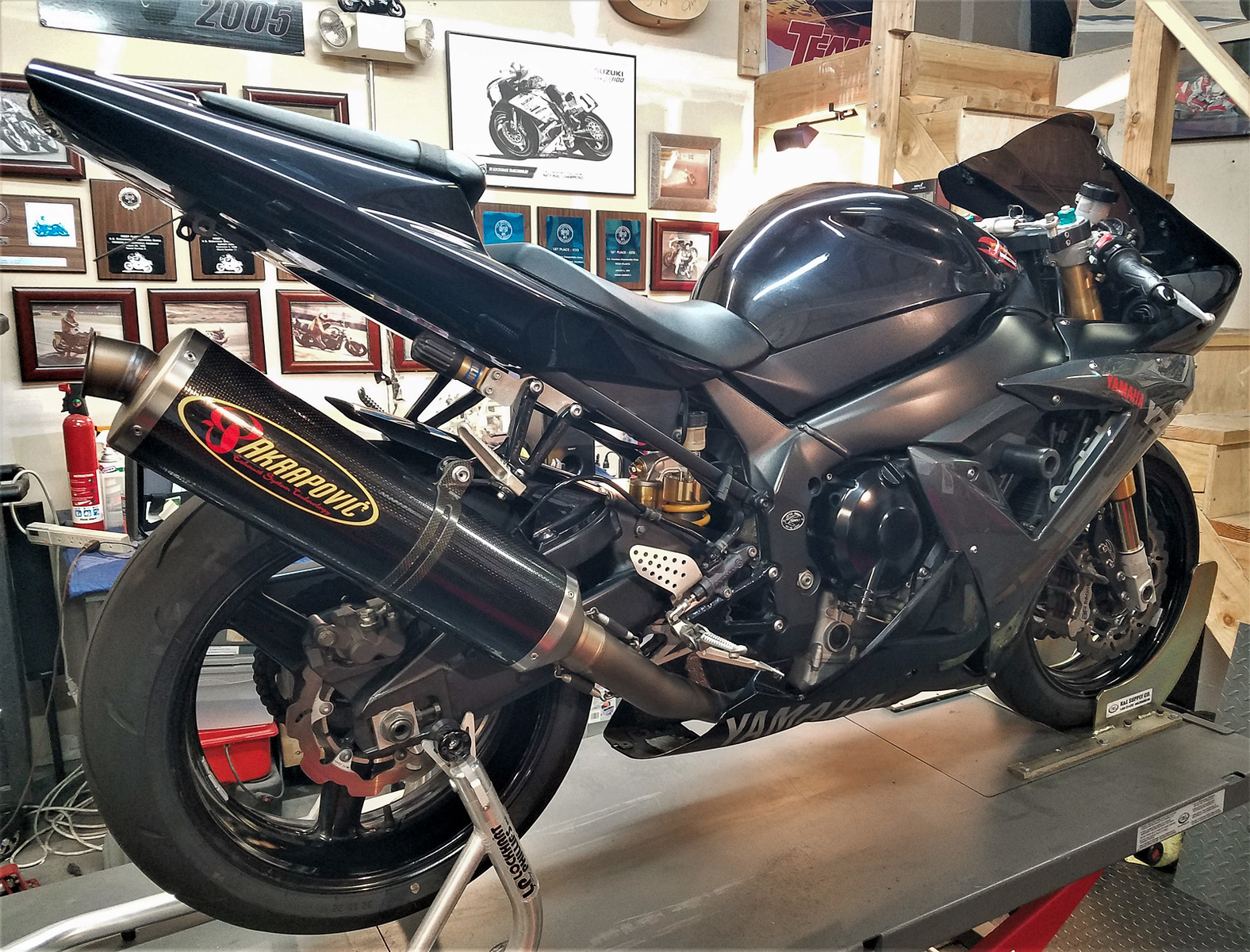 Originally built in January of 2002, this example (VIN: JYARN10E12A002309, Serial #: JJ0204) comes out of the collection of Lockhart Phillips USA. It is offered by the original owner who purchased it from Britt Motorsports in Wilmington, North Carolina (no longer in business) and the seller states that this is 4 of the 8 bikes that were built in Series 1. 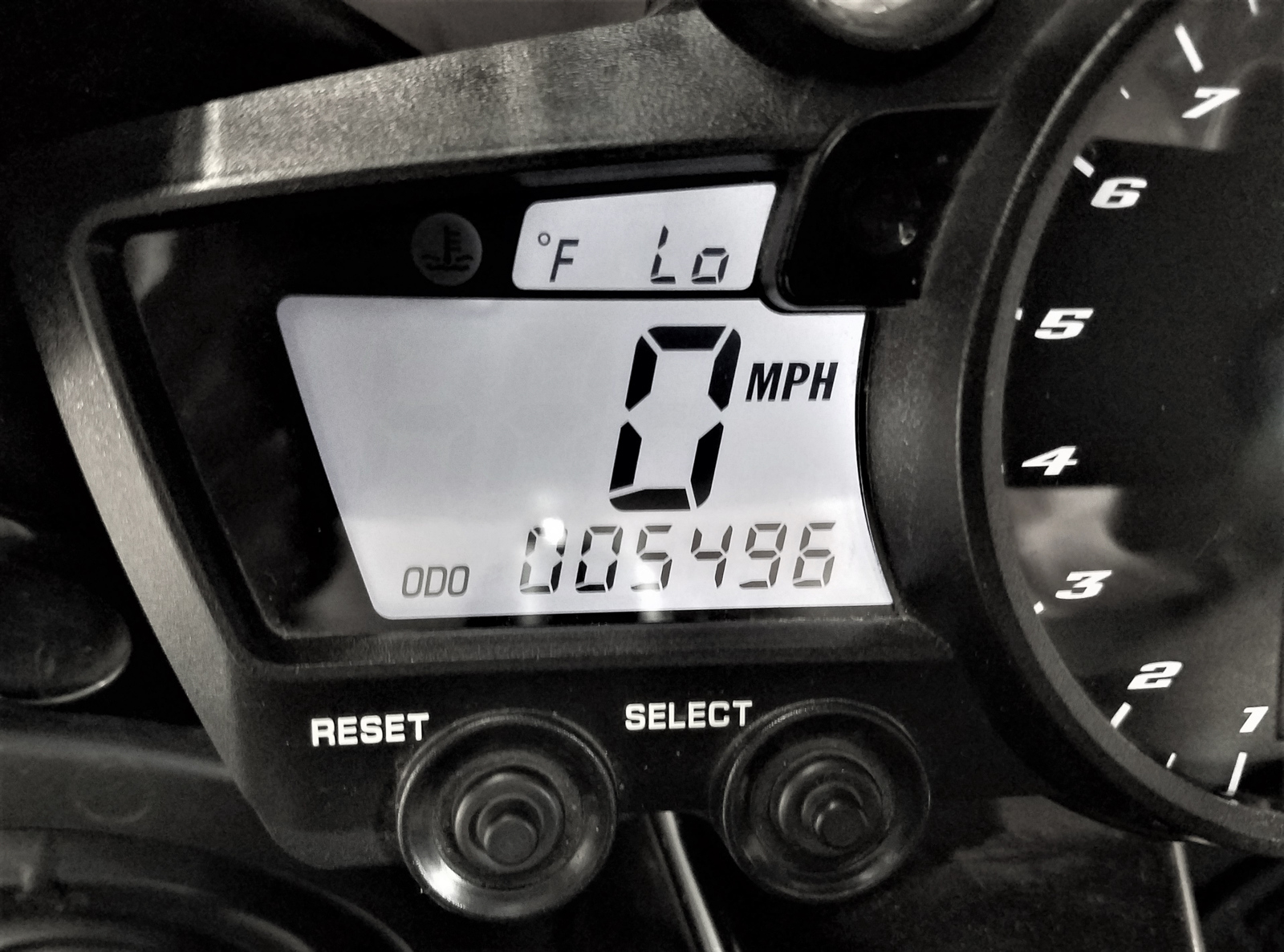 The seller is letting it go as he does not ride it any more. He notes that the only modifications beyond the JJP upgrades are a bar end mirror, taillight with integrated turn signals, and mesh covers on the headlights.

The seller states that there are no mechanical issues and it is ready to ride – it got a new battery last week. He adds that it is in mint condition, has always been kept in a climate controlled environment, and has never been exposed to rain.

Currently located in Reno, Nevada, this JJP is offered on a clean Maryland title. Have any questions about this rare R1? Let us know in the comments below!