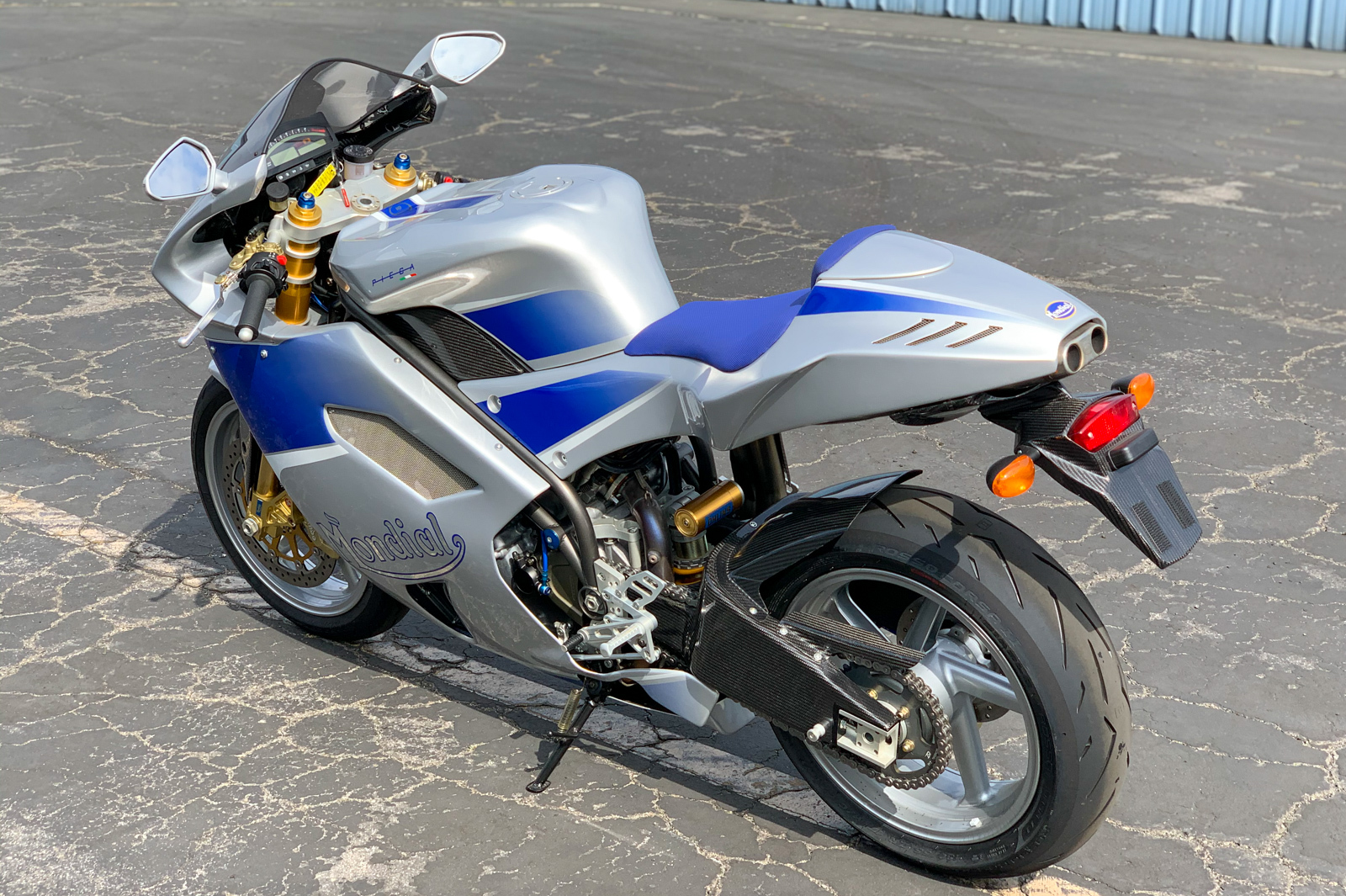 In the post-WW2 Italian motorcycle market, the name of the game was lightweight and affordable offerings that offered economical transportation. Despite this, FB Mondial opted to pursue exotic and advanced high-performance bikes. They wanted to deliver the best possible motorcycle regardless of costs, operating more like a race shop than a major manufacturer. This no-compromise philosophy enabled FB to remain at the forefront of the industry, setting a standard that pretty much every other company followed, with Mondial’s bikes becoming something of a blueprint for competition machinery of the era. FB’s bikes were built to win races, and that’s exactly what they did. In 1949 it took the 125cc Constructor’s Championship (and driver’s title), before repeating the feats in ’50, ’51 (when it also won the Ultra-Lightweight TT), and ’57, when it also won first, second, and third in the 250cc class as well as nabbing titles in the 125 and 250 classes at the TT.

Despite having a wonderfully successful year in 1957, Mondial announced the following year it would end its factory race program. Though the factory-backed effort had ended, many privateers continued to campaign Mondials as they were still very competent and competitive machines. So much so in fact, that Soichiro Honda asked if he could buy one of FB’s old DOHC 125cc GP racers in an effort to kickstart Honda’s own race program. FB obliged and sold Honda a 1956 Bialbero, which was crated up and shipped to Japan where Honda’s crack team began reverse-engineering the four-stroke single. Honda proceeded to develop a series of engines based on the Mondial mill under the direction of Kiyoshi Kawashima, leading to the bevel-driven DOHC parallel twin-powered Honda RC141 and then the RC142. By 1959, Honda was competing at the TT, and the rest is history. 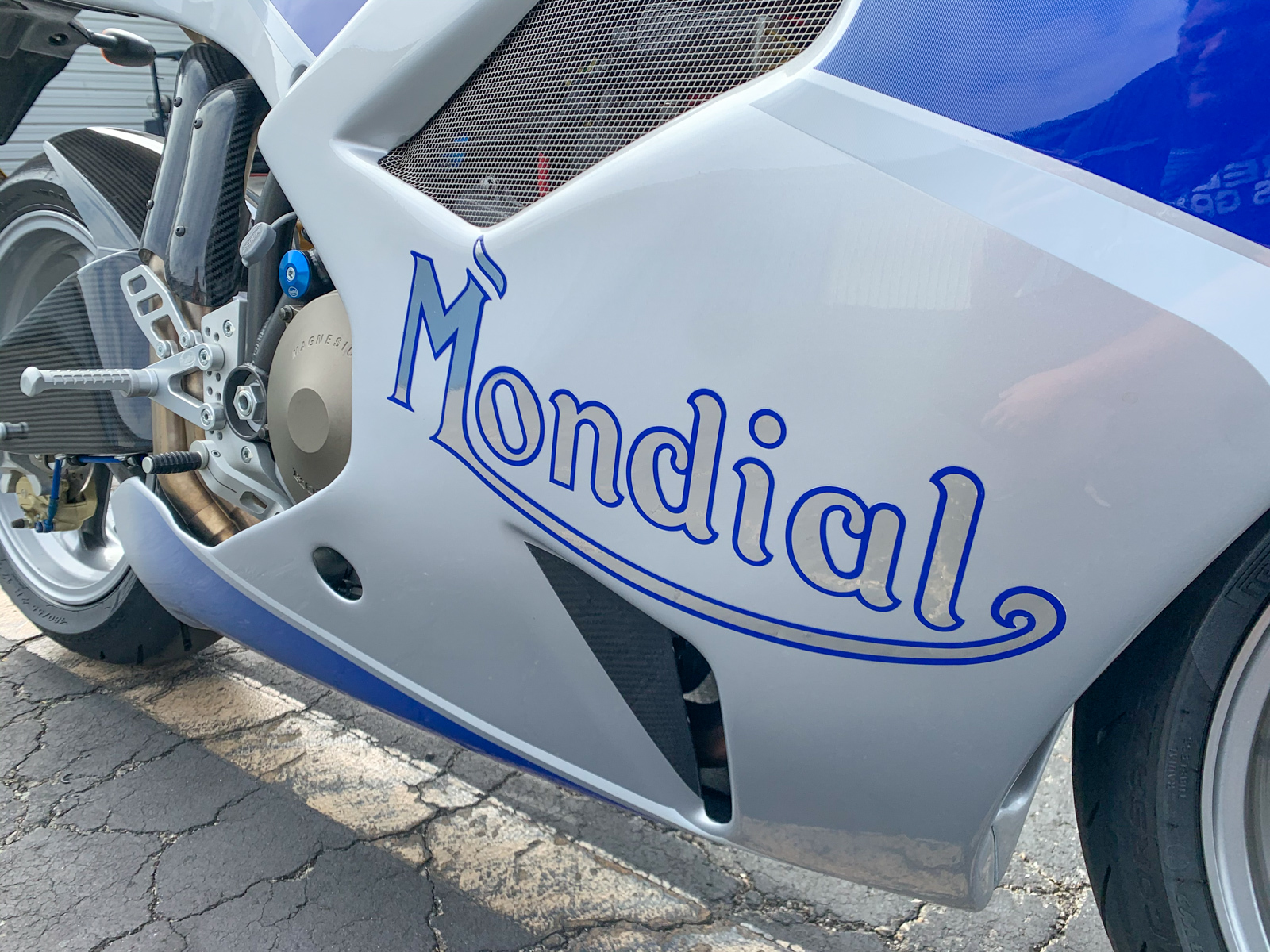 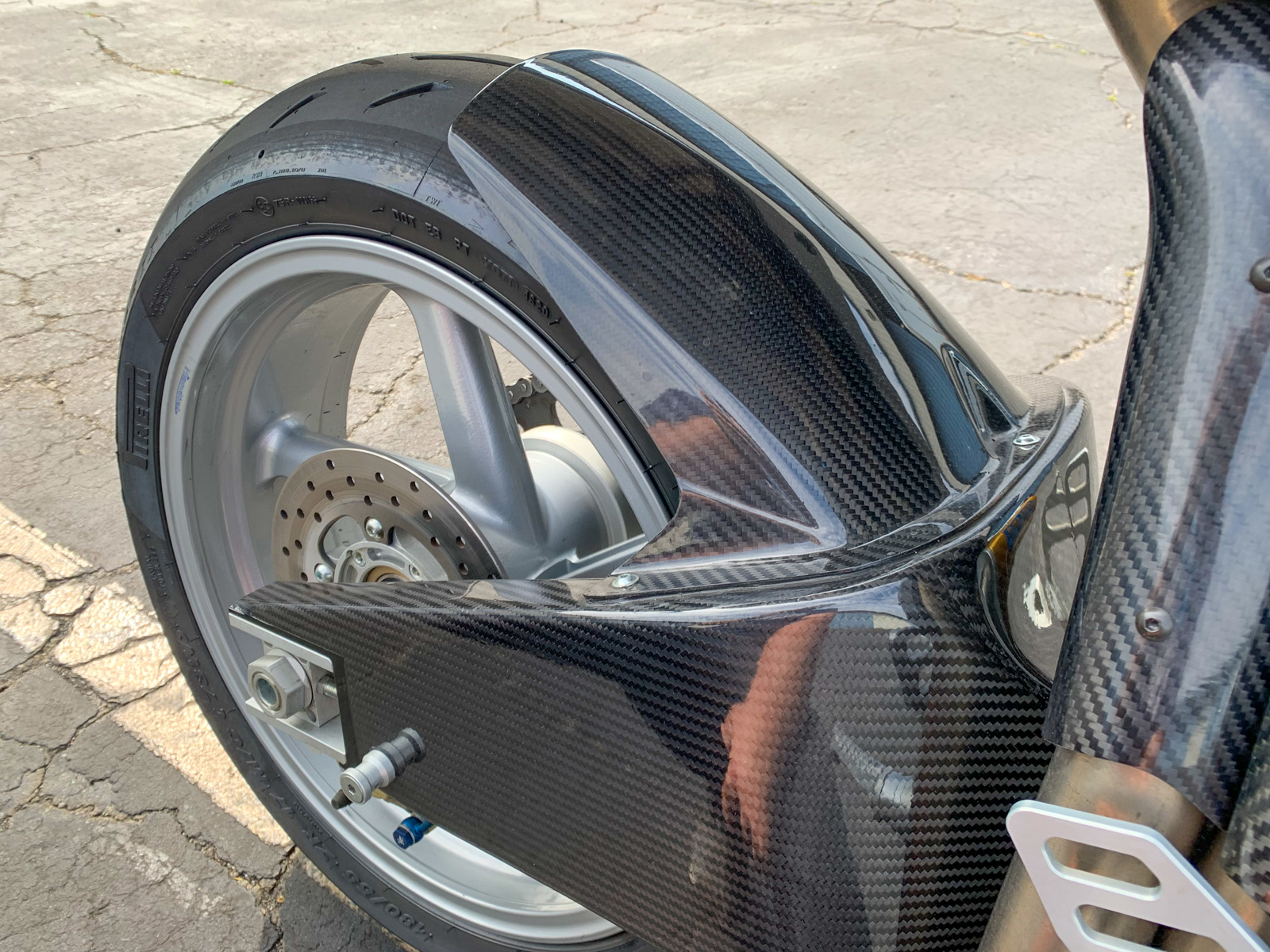 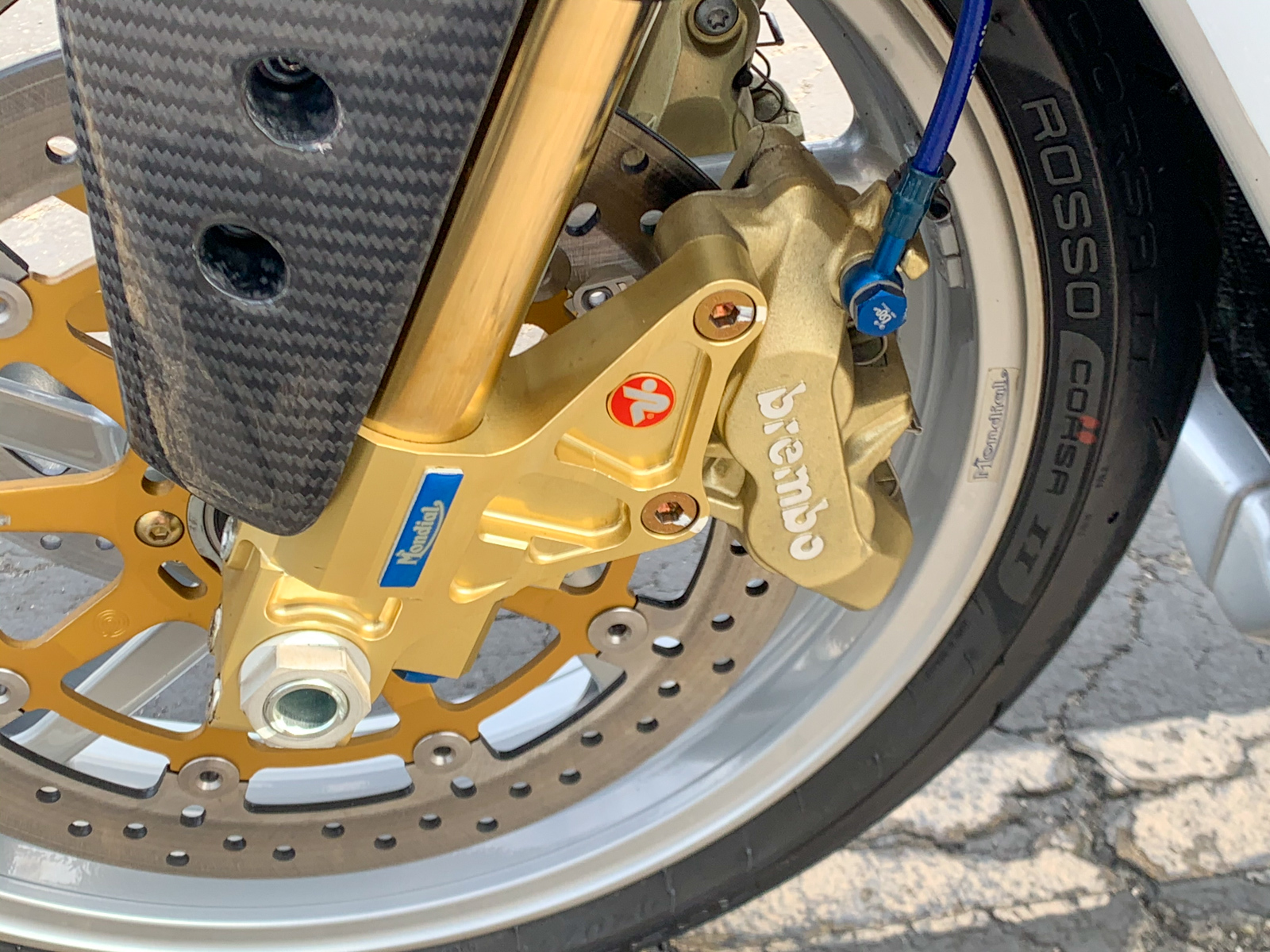 Mondial also worked with several companies to co-develop the running gear on the new model — which was dubbed the “Piega”, Italian for “bend” or “fold”, a name that Ziletti’s then four-year-old son came up with. Mondial marketed the new model under the slogan; “la corsa della vostra vita” (Italian for “the race of your life”). The lighting on the Mondial was also of the top-shelf variety. Out front there was a pair of stacked projector beam LED headlights laid in carbon fiber housing. The front turn signals are LED units tucked into the back of the mirrors. 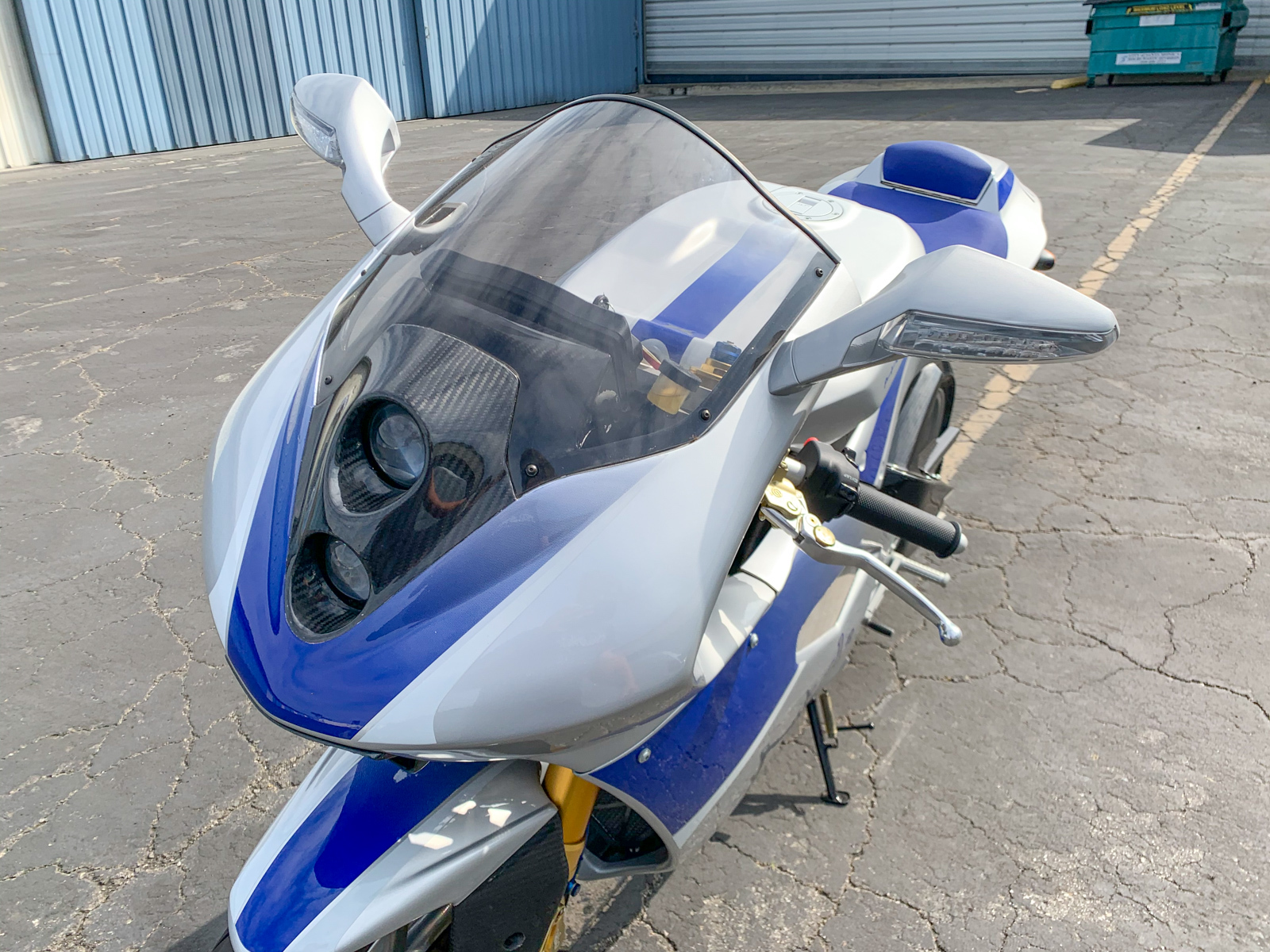 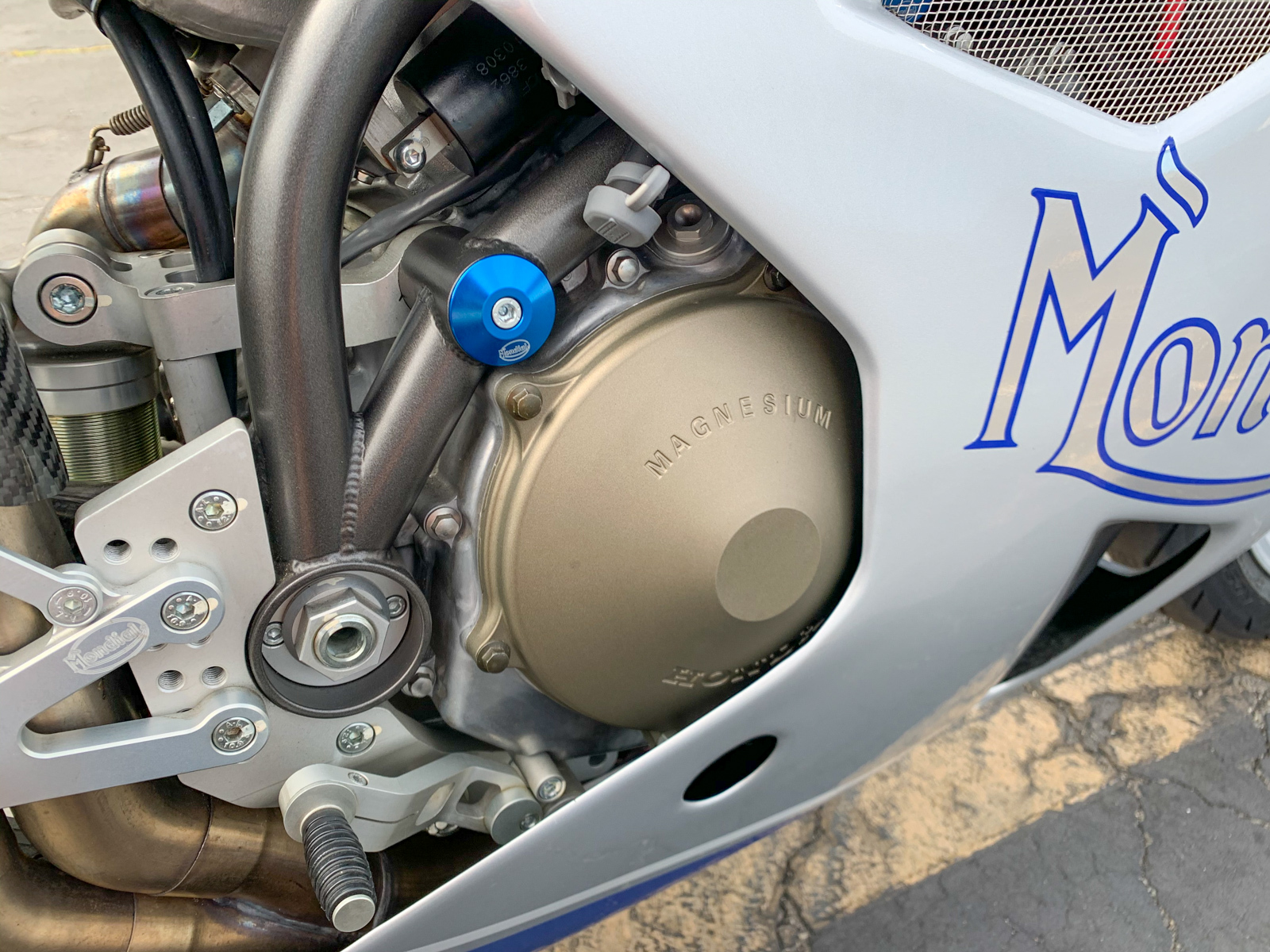 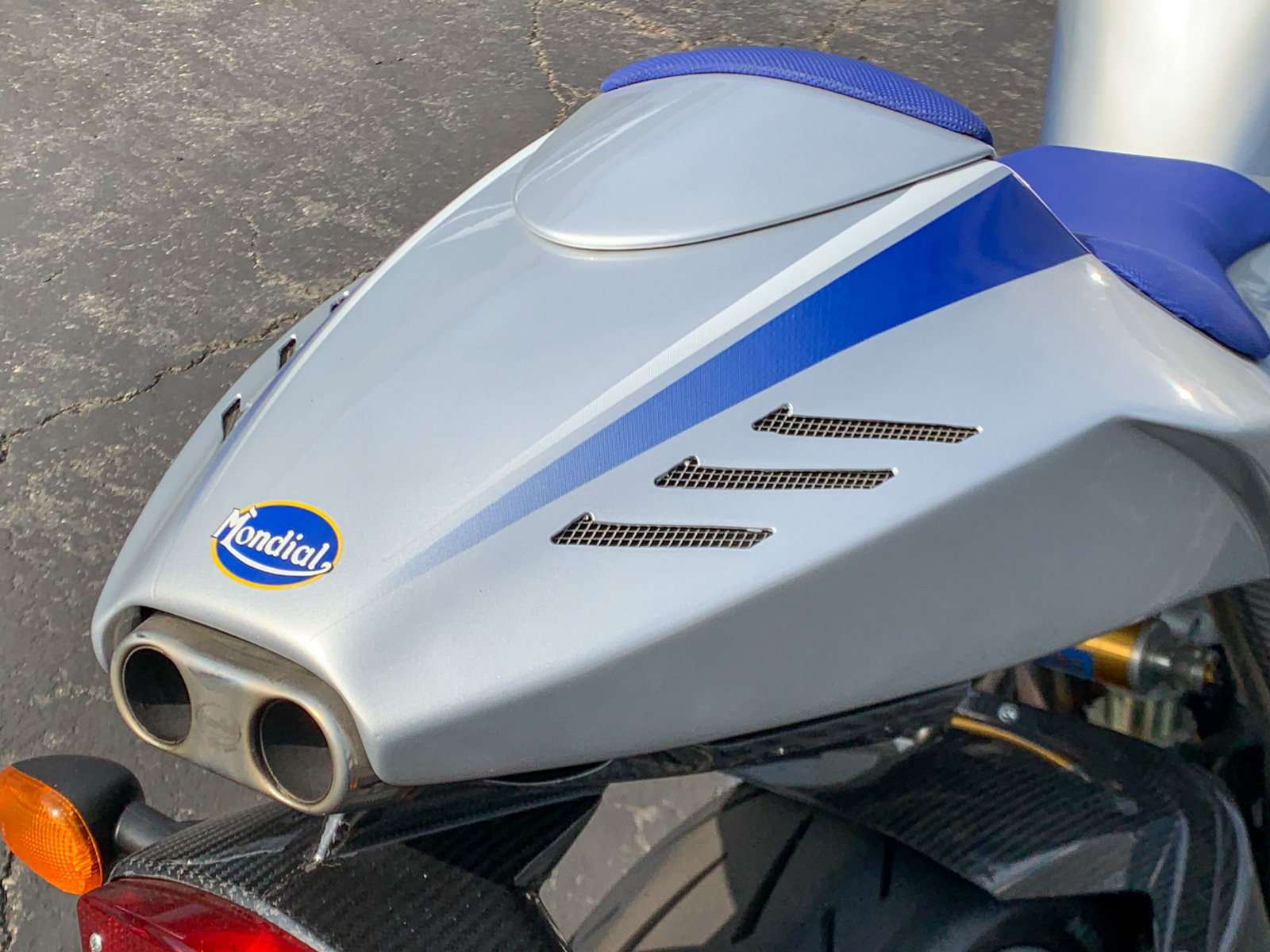 While that wasn’t a huge bump in power, the Mondial had less weight to carry, tipping the scales at just 390 lbs dry. That not only makes it 42 lbs lighter than the RC51 (and 20 lbs less than the 999), but also the lightest sport bike in the liter-sized V-Twin class. This class-leading number was possible thanks to every ounce on the two-wheeler being thoroughly scrutinized. Adorned in Mondial’s classic silver and blue race livery, the bodywork was entirely made from carbon fiber and built by Carbon Dream, and there was a wide array of CNC’d components scattered about. 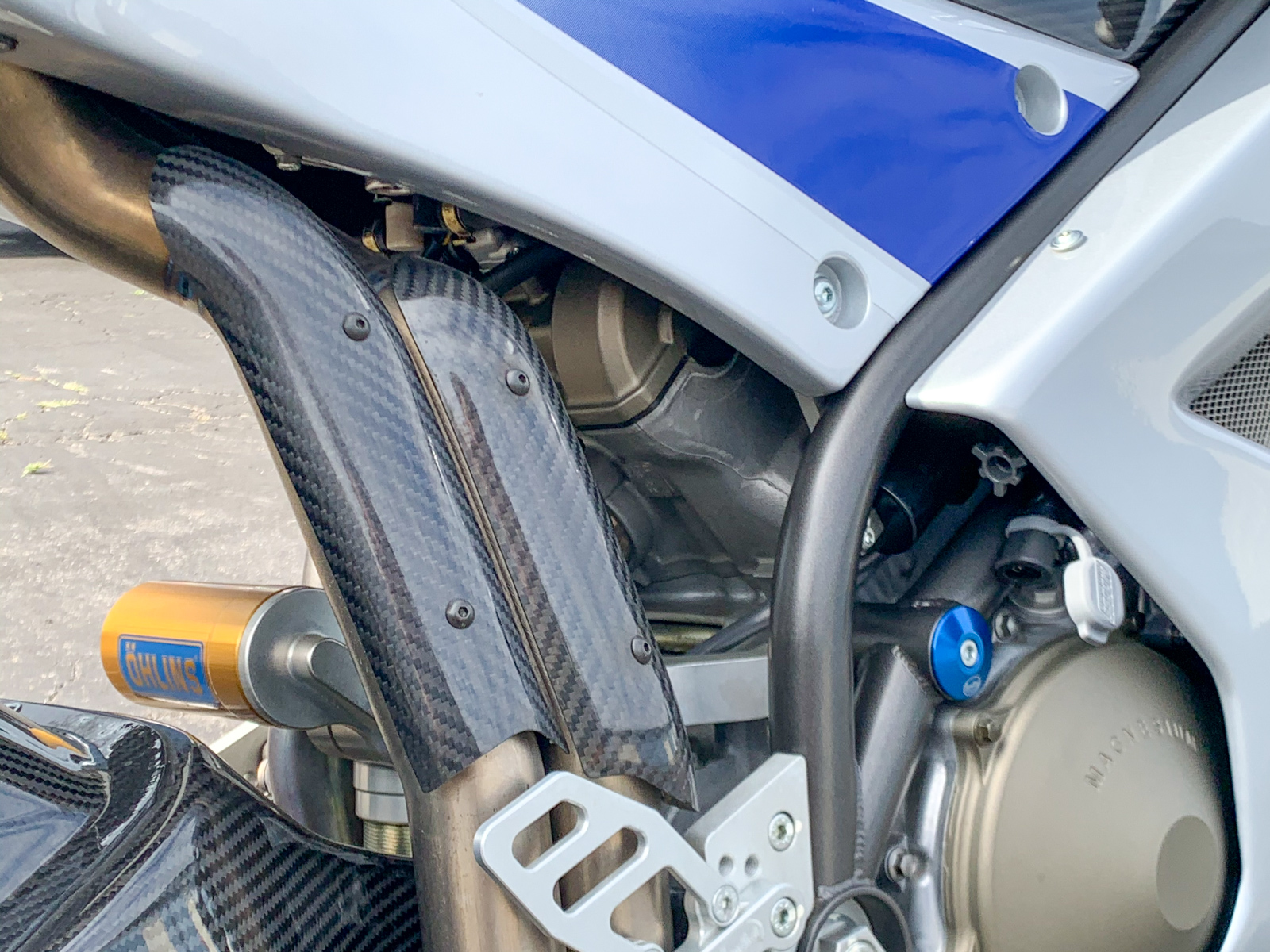 Not long after the Piega made its public debut, it entered limited production. Unfortunately, Mondial just couldn’t make ends meet, and despite a solid effort the company was forced to declare bankruptcy in the summer of 2004, by which point only 35 Piegas had been built. Eventually other parties entered the picture, stepping in to buy out assets and IP and relaunch production of the Piega. The second time around, the new owners succeeded in churning out another 120 units before their operation also went under. The very few examples that were produced were quickly snapped up, with most specimens ending up in private collections. Supposedly, some of the employees who worked for Mondial prior to it declaring bankruptcy claimed they were never compensated for their work, and around a dozen Piega examples were reportedly stolen…and remain at large! While Zilletti and Boselli had good intentions and were able to deliver an excellent motorcycle, luck just wasn’t on their side. 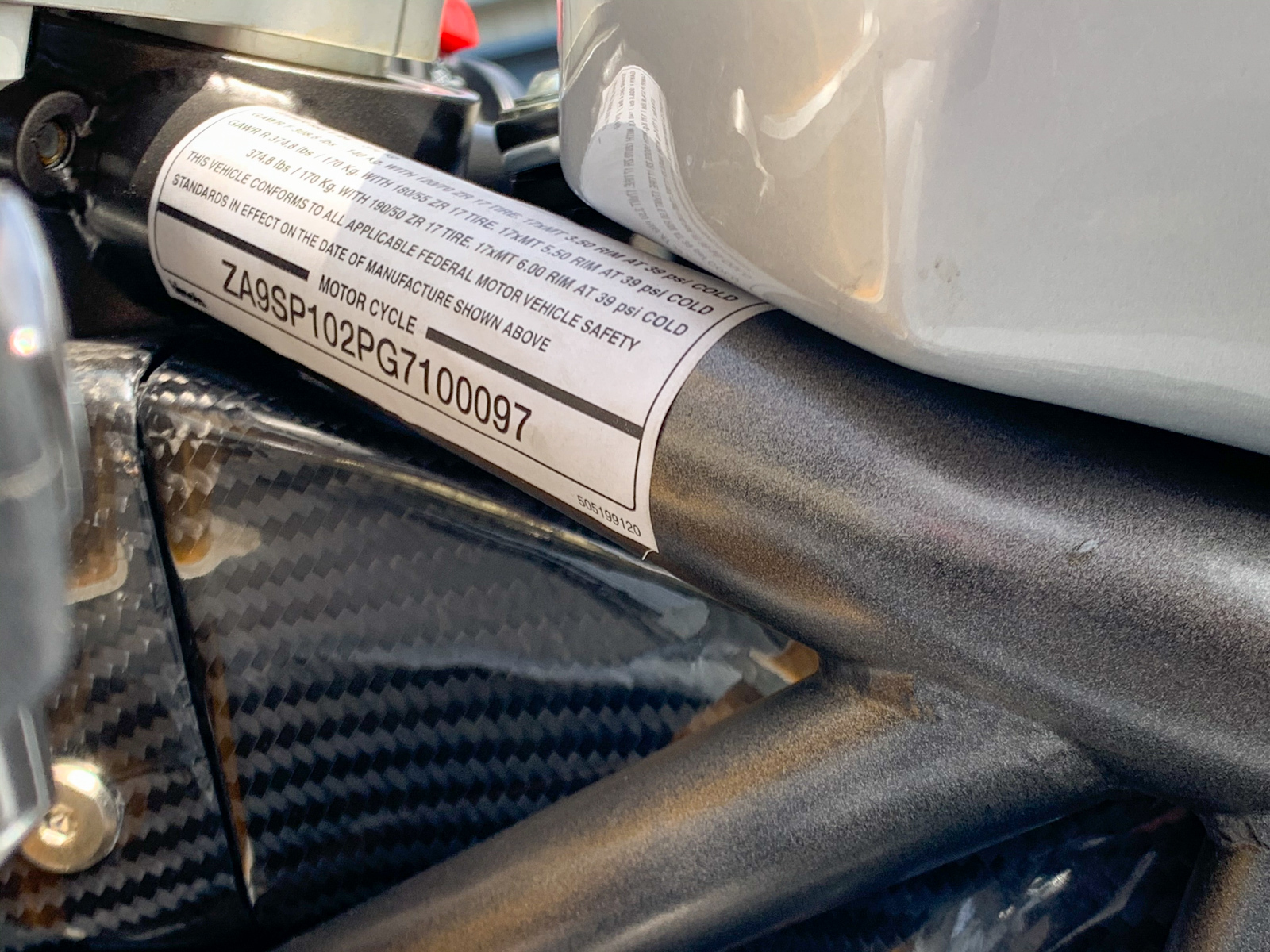 It originally arrived to us last year as part of a crated collection of 0 mile bikes. It had 1 kilometer on the odometer when we sold it to a client, and he asked us to prep it as a runner with a new battery, oil change, Pirelli Rosso Corsa II tires, fork oil and fork seals, and new radiators, We also fixed leaking front brake and clutch master cylinders and checked over the injectors, spark plugs, and air filter.

After we finished up the work, the seller had Adam take it for a Sunday ride up to the Rock Store and back as a shakedown run. However, he has since found something he wants more and is asking for us to sell it as a runner. 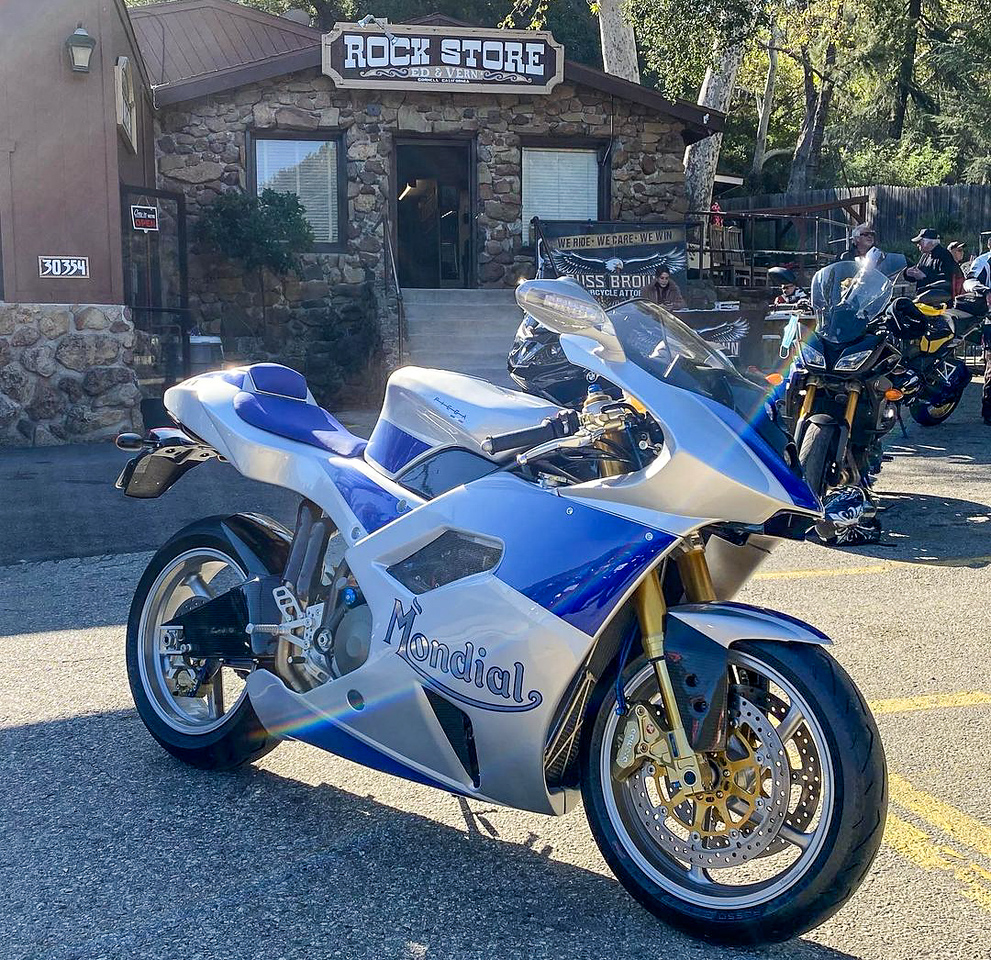 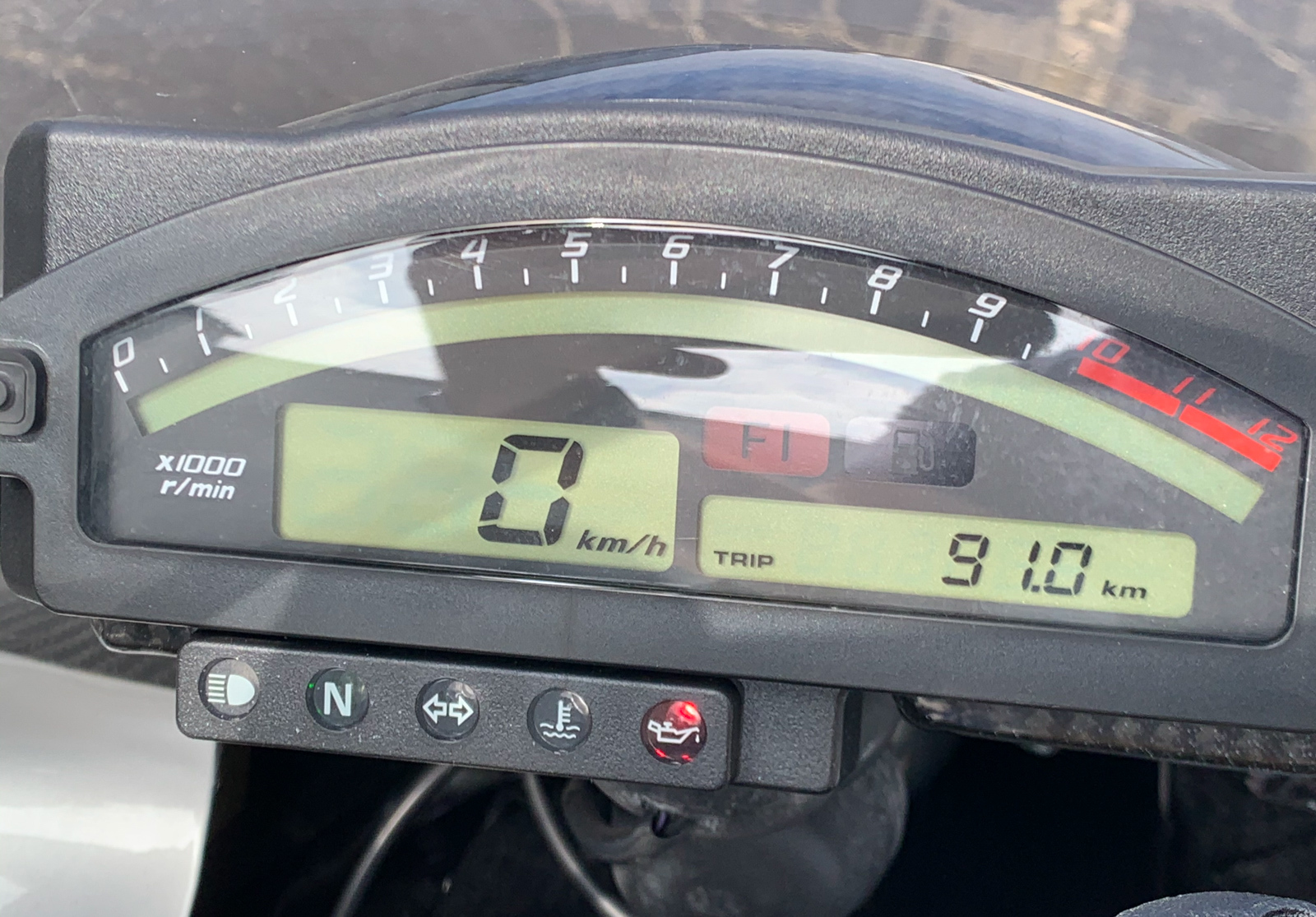 When we originally sold the bike, there was some staining on the rear sprocket and bad paint on the right mirror. Our White Glove service had the mirror repainted for the current owner.

Currently located at our facility in Santa Monica, California (please make an appointment for an inspection), this Mondial is offered on the MSO, which we note is curiously branded as a Bimota with “MONDIAL PIEGA” under “SERIES OR MODEL”. 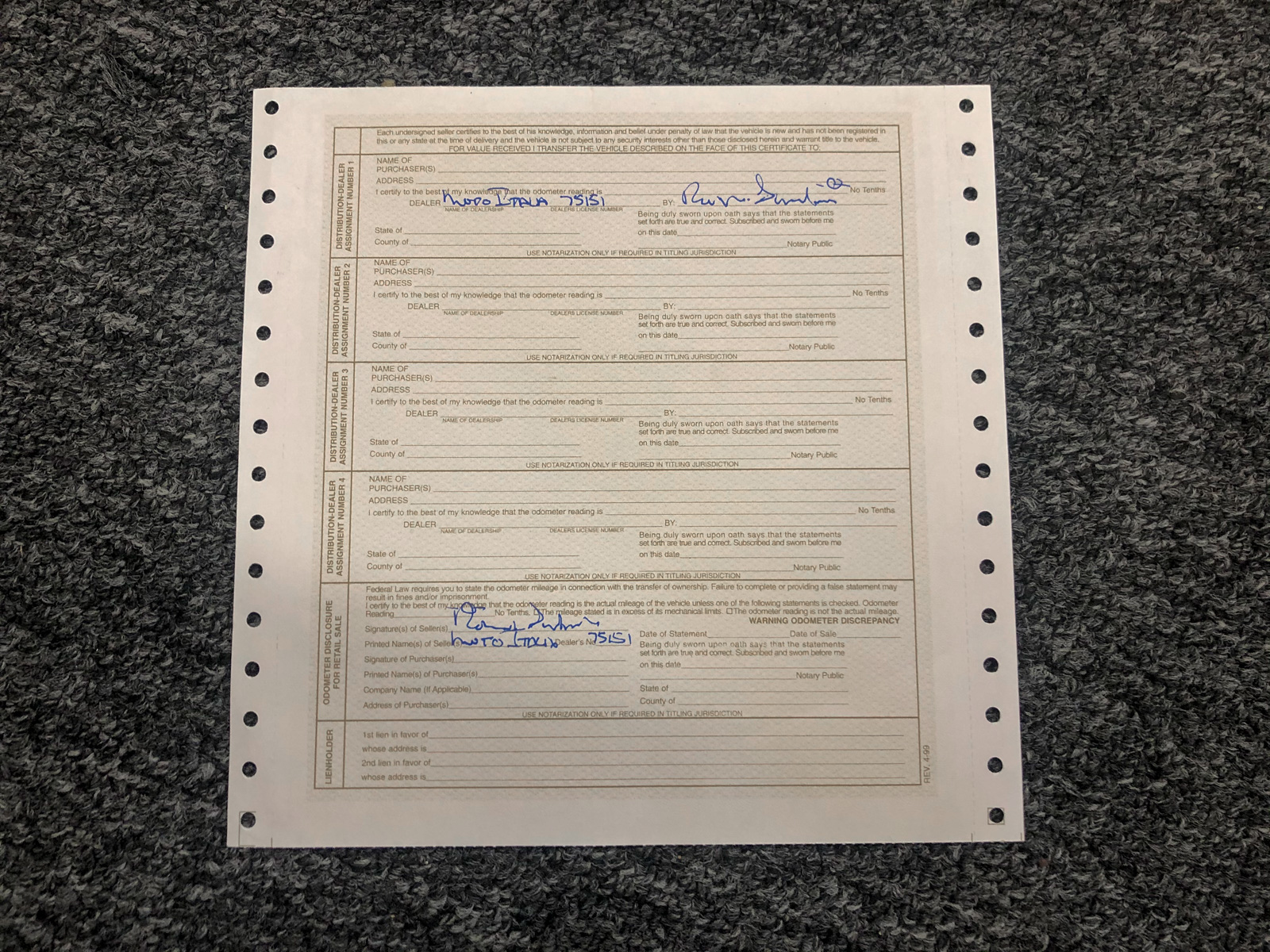 Have any Piega stories or questions about this listing? Let us know in the comments! 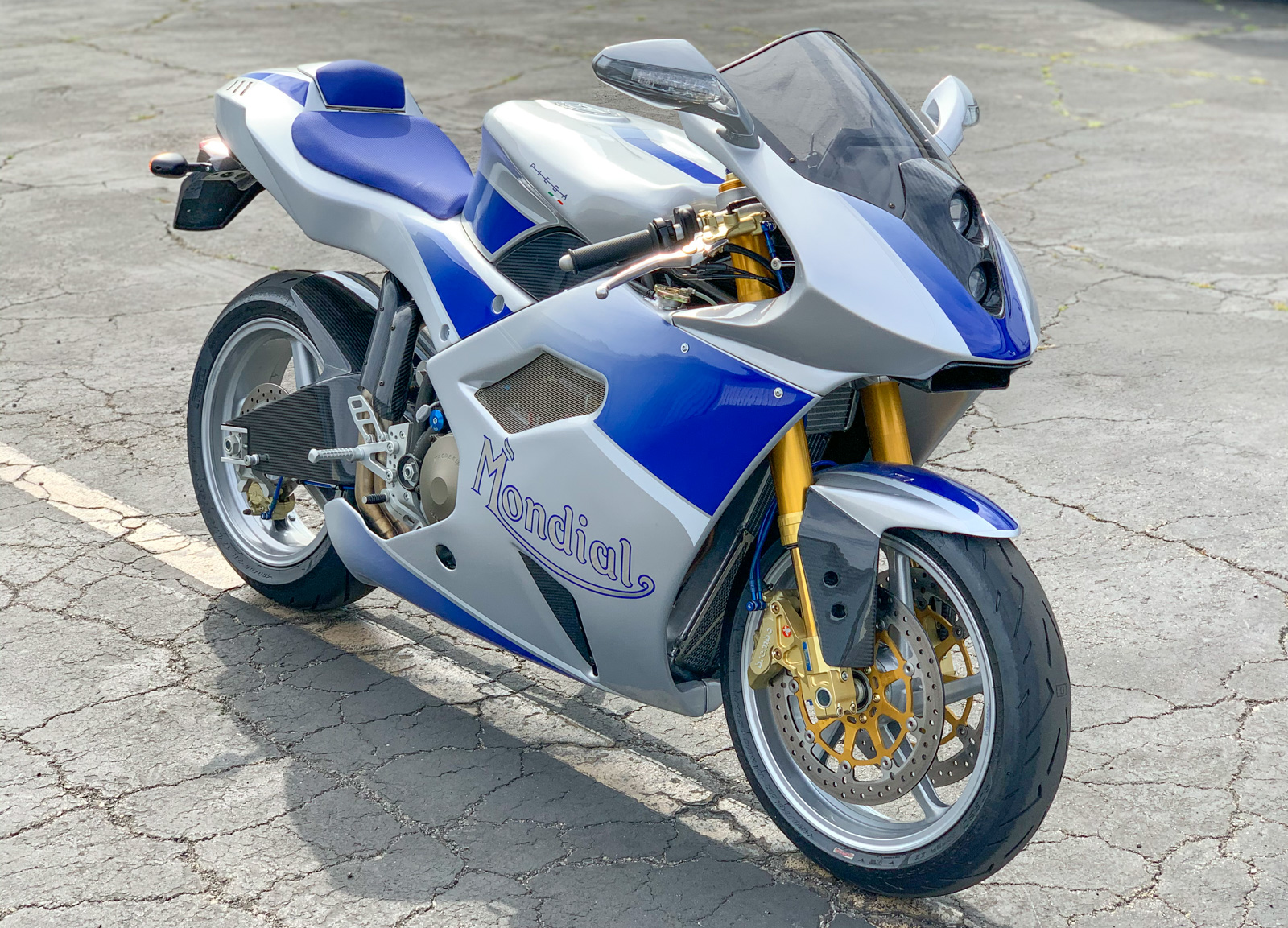 After the auction ended, the seller accepted an offer of $24,000 including buyer fees.