Click here for an CycleVIN Motorcycle History Report on this 2002 Suzuki Hayabusa. Additional photos are available here for your perusal. 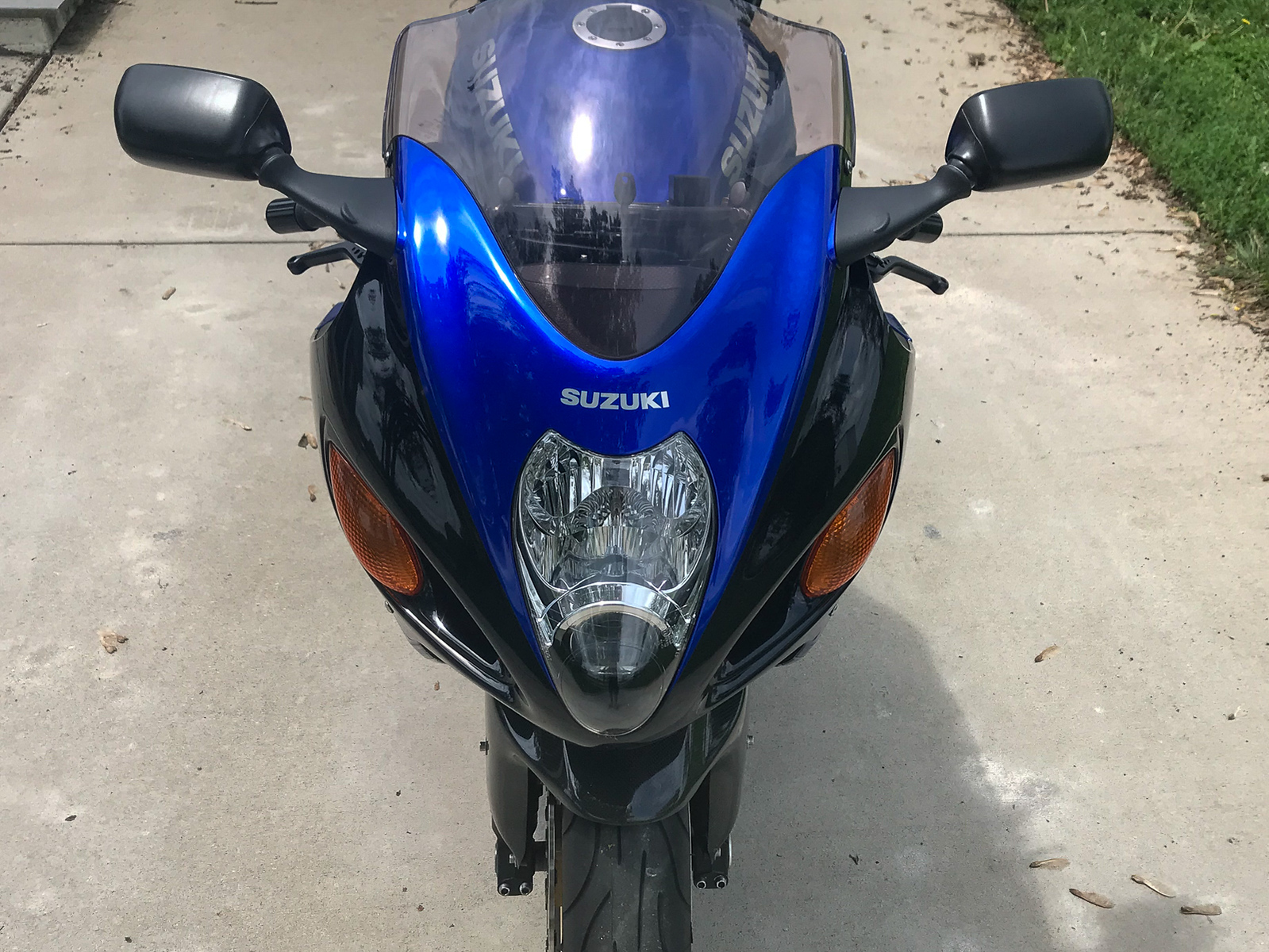 After the Hayabusa’s release, there were talks of Europe banning the increasingly out-of-control-fast machines coming from the East. Things had reached a boiling point, and the Hayabusa was what turned up the dial on the proverbial stove. Not wanting to lose a key market, a “gentlemen’s agreement” was reached between manufacturers, capping top speeds (or at least speedo-readings) to 300km/h (or 186.4mph). 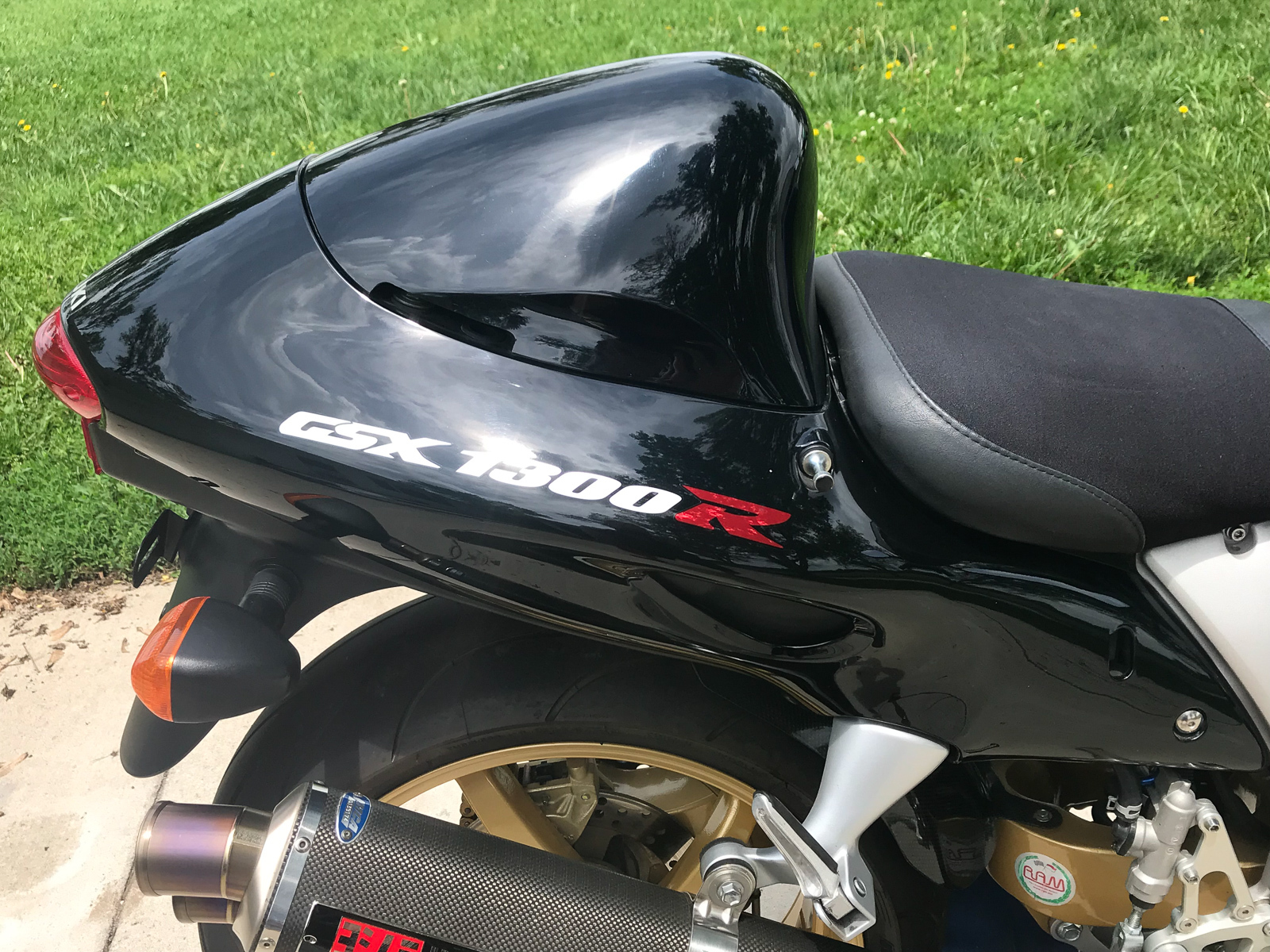 The seller of this example (VIN: JS1GW71A722103382) is the third owner. “I had spoken to the original owner of the bike when it was for sale several years ago but another person bought it and I regretted not buying it because it was so clean and high quality. The second owner had to sell it because of a automotive accident and I purchased it in 2018. It’s a wonderful bike but I don’t ride it much, I have 15 other bikes.” 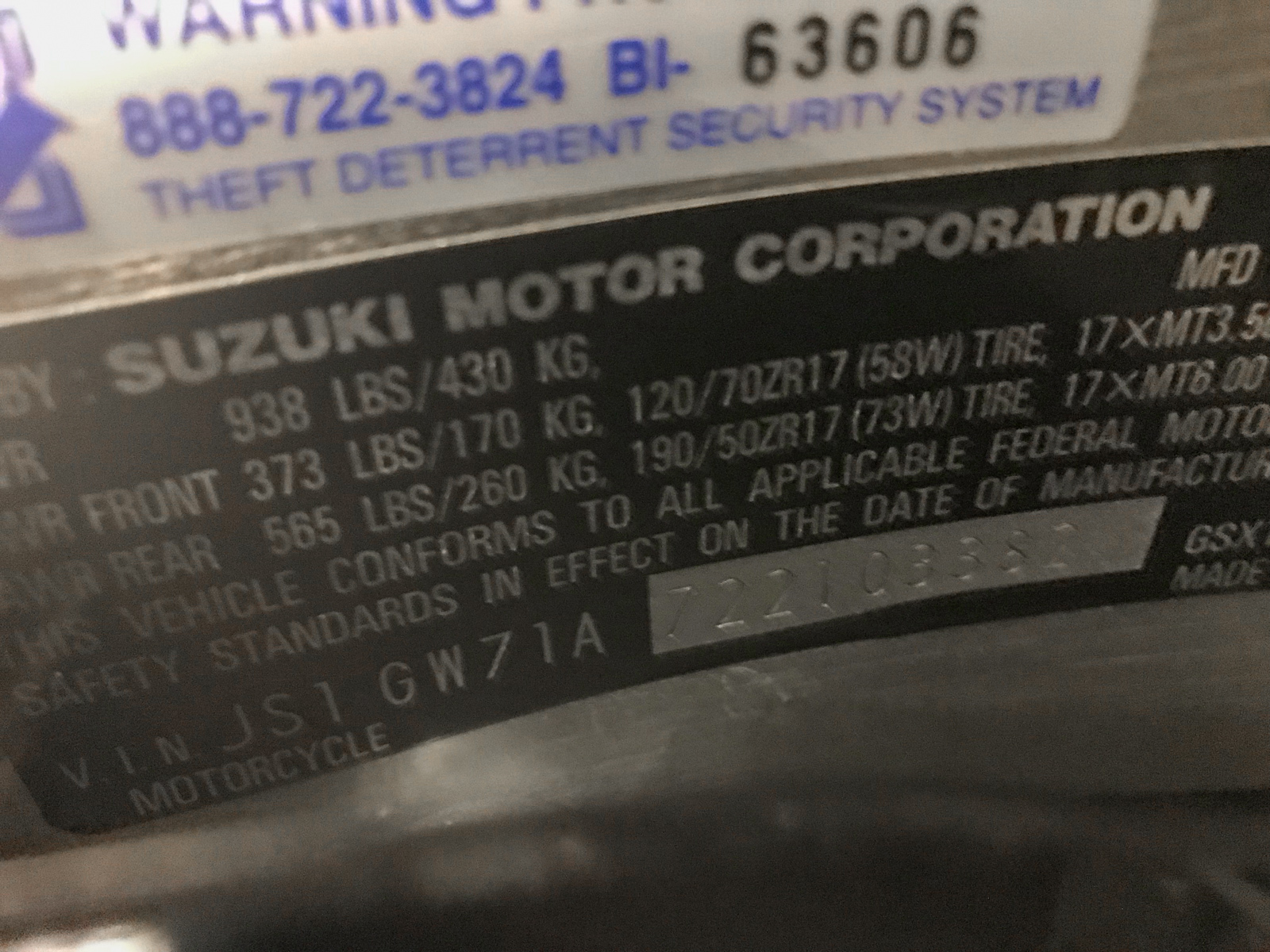 During his ownership, the seller has covered approximately 300 miles. The odometer shows 10,292 miles. 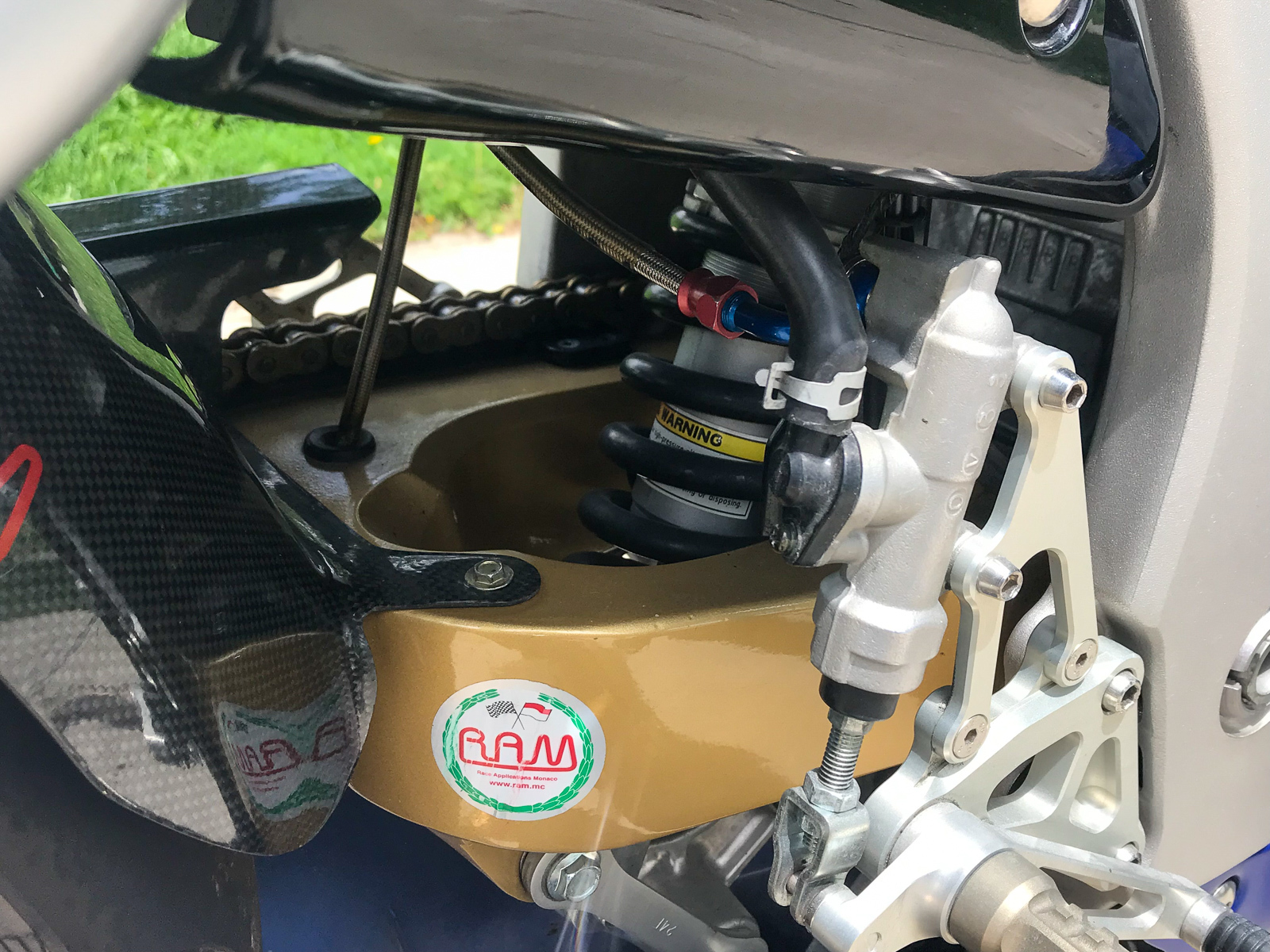 Brembo front and rear brakes – note that the rear brakes have a Brembo dual caliper system. 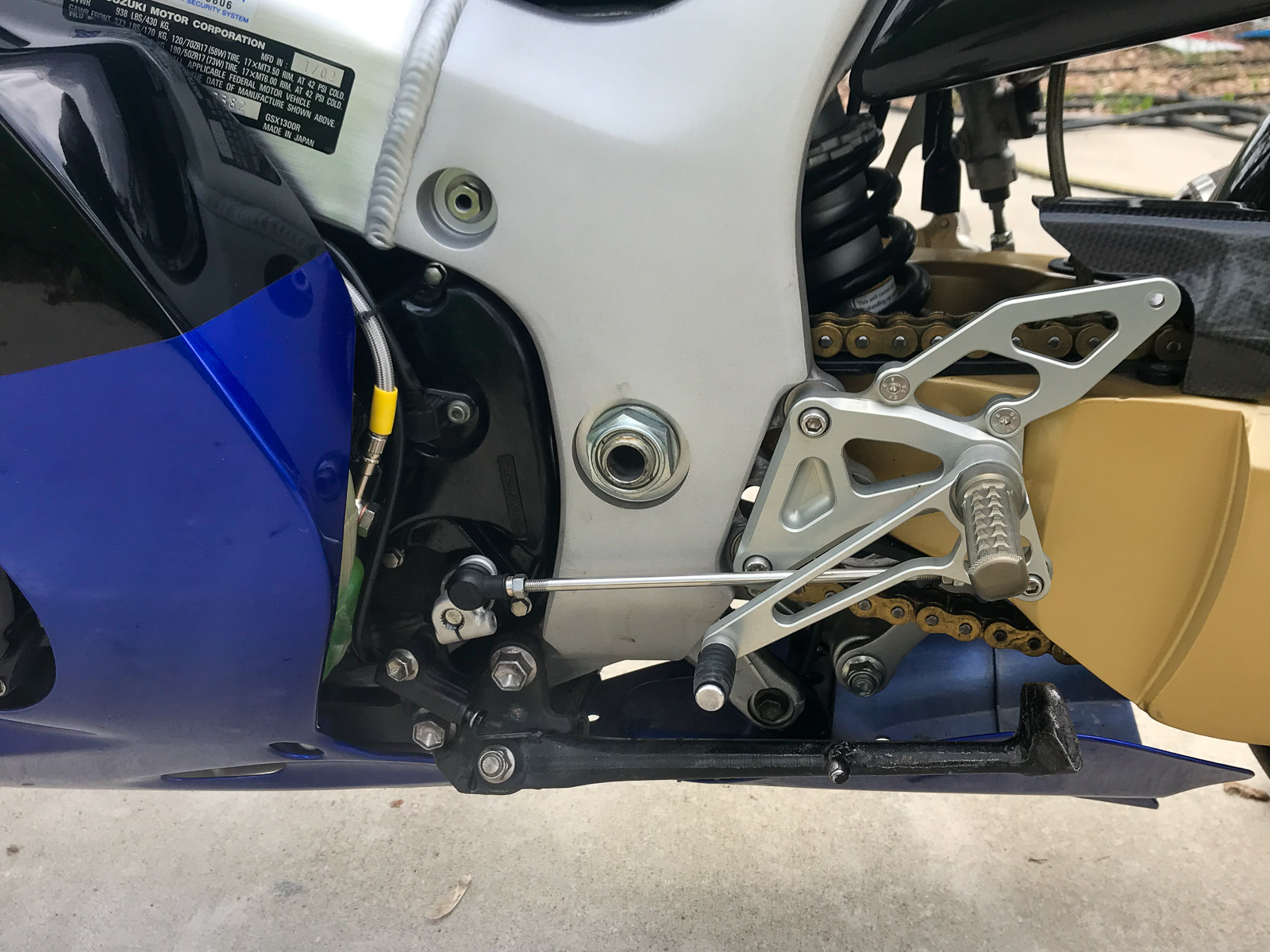 Updates include a 2003 starter and starter clutch (under warranty) as well as 2003 front forks.

Not pictured is a K&N air filter.

The seller states that the bike has a fresh oil/filter change, coolant flush, brake/clutch fluid flush, new spark plugs, and a new battery. He adds that the tank is rust free and there are no known mechanical issues – “the bike runs and rides great!”

Currently located in Wellsville, Kansas, this Suzuki is offered on a clean Kansas title. Have any Hayabusa stories or questions about this listing? Let us know in the comments! 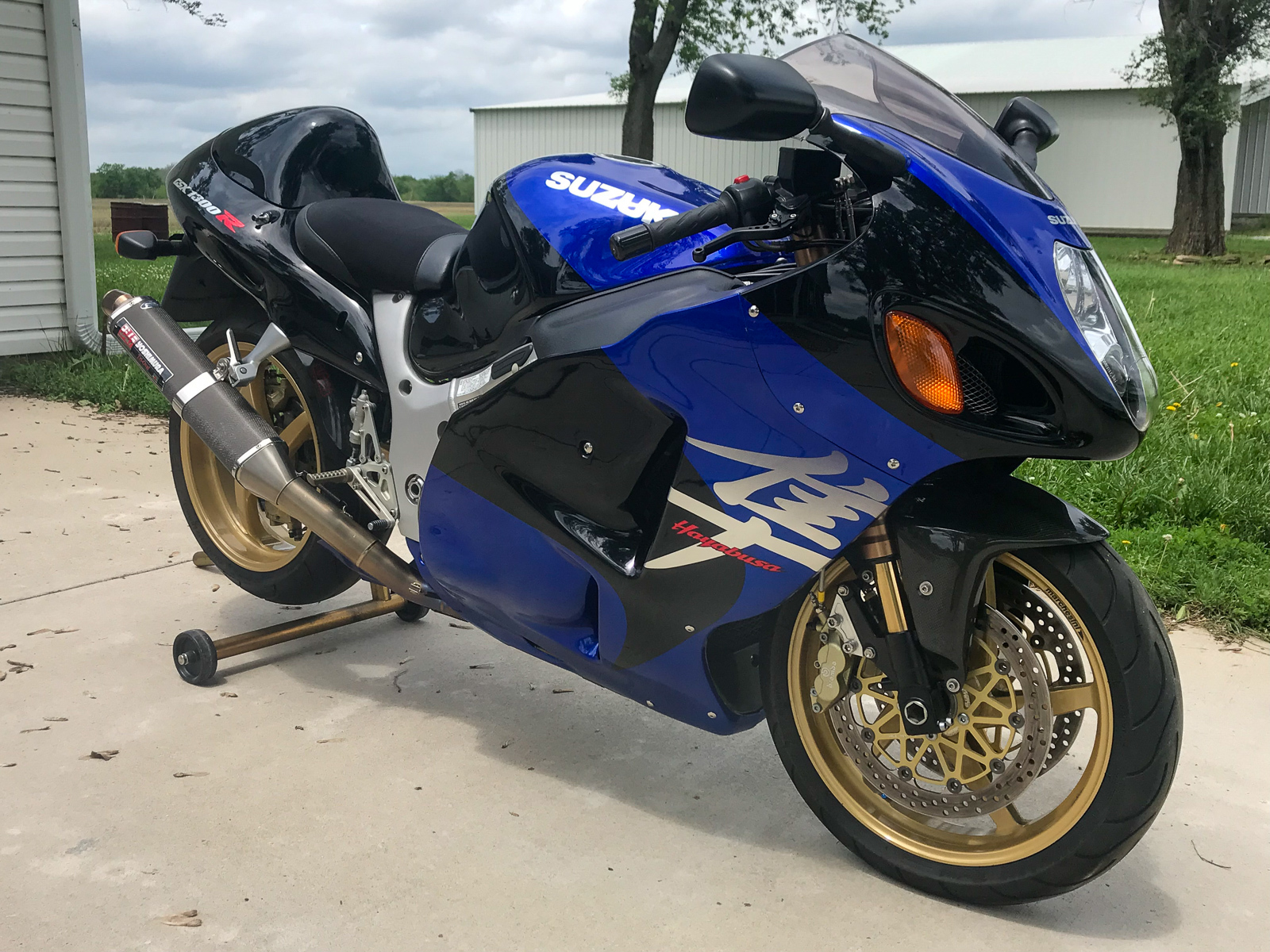 After the auction ended, the seller accepted an offer of $8,881 including buyer fees.