Click here for an CycleVIN Motorcycle History Report on this Suzuki Hayabusa Limited Edition. Additional photos are available here for your perusal.

Taking aim squarely at Honda, Suzuki gave the new model its name — which is Japanese for peregrine falcon – for two reasons; one, because the peregrine falcon is the fastest bird on the planet; and two, because it happens to feed on blackbirds. True to its name, the Hayabusa ate Honda for breakfast, not only becoming the world’s fastest production motorcycle upon its release but doing so by a margin of a 10 mph. 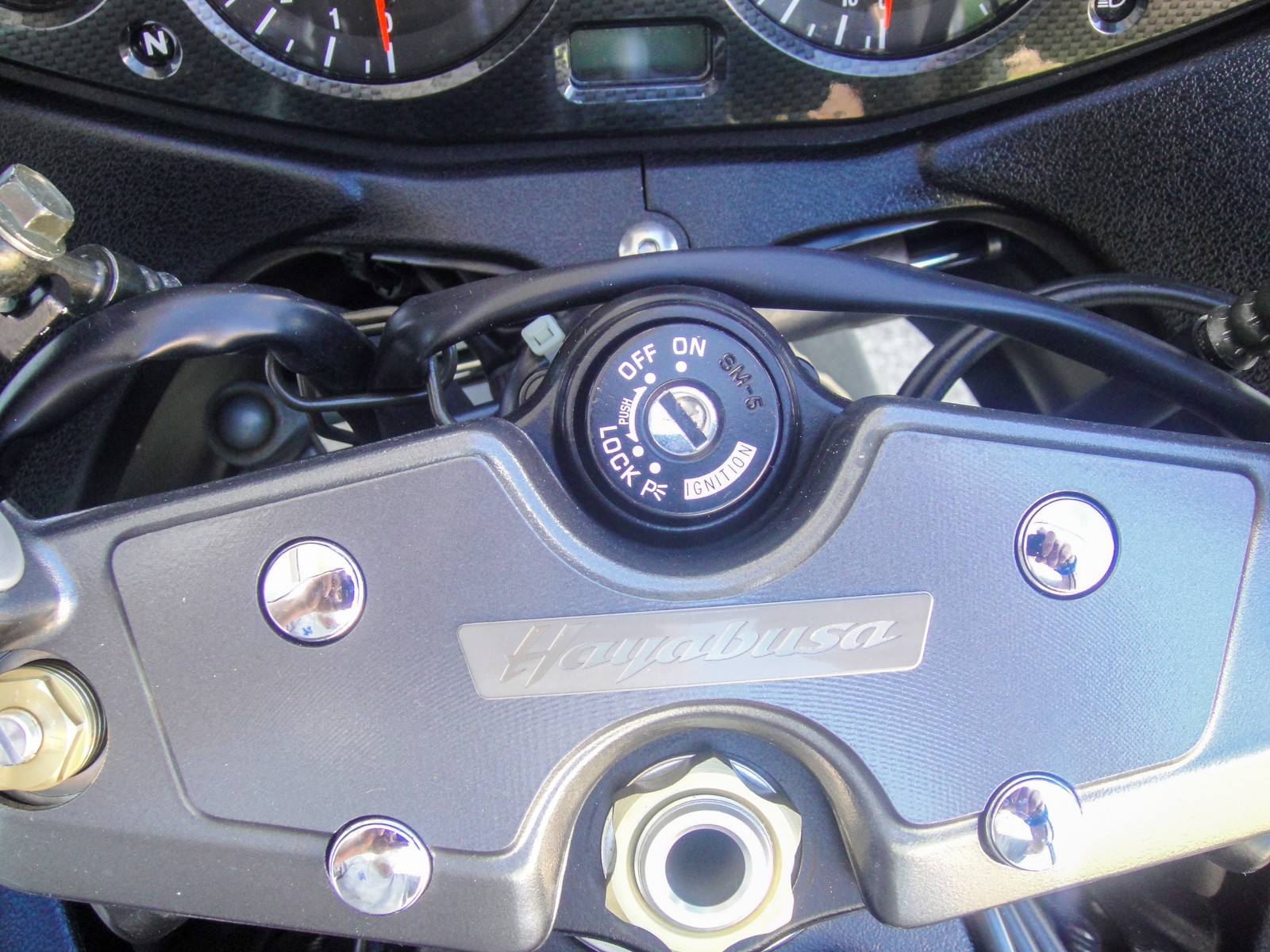 A massive inline-four put down 175 hp and more than 100 ft-lbs of torque. With a dry weight of around 480 lbs, that translated to 10.3-second standing quarter-mile runs, a 0-60 mph time of just under three seconds, and a top speed of up to 194 mph right out of the box. The powertrain and frame were backed up by 43mm inverted forks with titanium-nitride-coated inner fork tubes, a mono-shock, steering damper, and twin 320mm discs pinched by six-pot calipers.

While the 1300R’s performance definitely played a role in the machine’s success, the bike’s appearance is also to thank for it obtaining the status as a modern classic. Often inspiring a love-it-or-loathe-it reaction, the Busa’s unapologetically ‘90s bodywork was bulbous and pronounced with a drag-inspired tail and a drooping nose with a stacked central headlight sandwiched between a set of intakes. Bolstered by a 58.3-inch wheelbase and a slippery drag coefficient, the ‘Busa was incredibly stable, even when nearing its near-200mph limit.

In 2002, Suzuki introduced a Limited Edition for the USA called the “Midnight Falcon Special.” In addition to the black bodywork, this limited edition was given a black frame and black swingarm.

According to this site, which received a Microsoft Word brochure for the Midnight Falcon Special and converted it to html, the model “celebrates over 12,000 Hayabusas sold in the USA.” 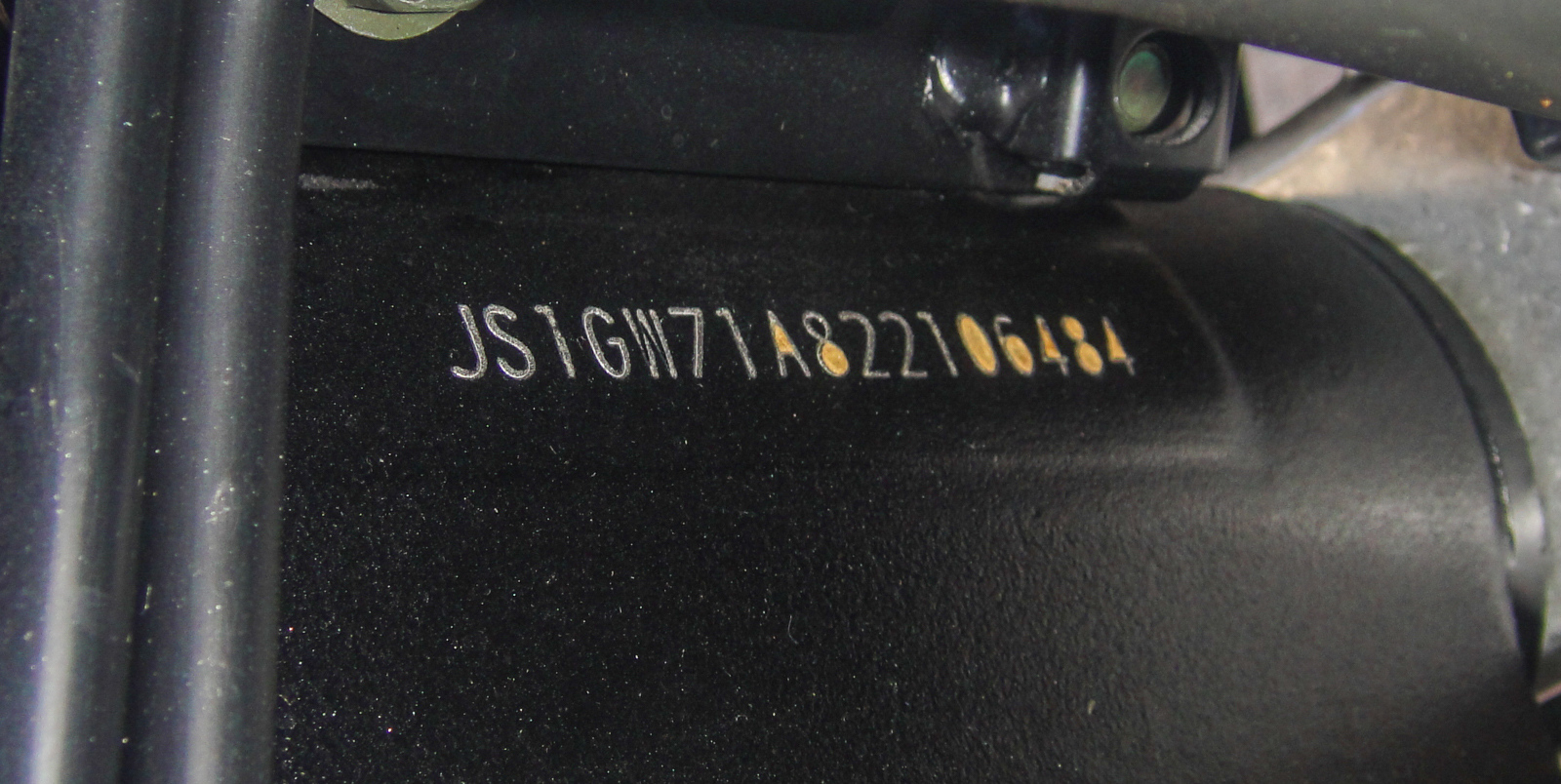 The seller’s story: “In 2002 I had decided to buy the blue/silver Hayabusa that was offered that year. One day the owners of Suzuki of Winston Salem called me and said they had just received a notice from Suzuki saying they were going to offer a limited edition all black Busa.” 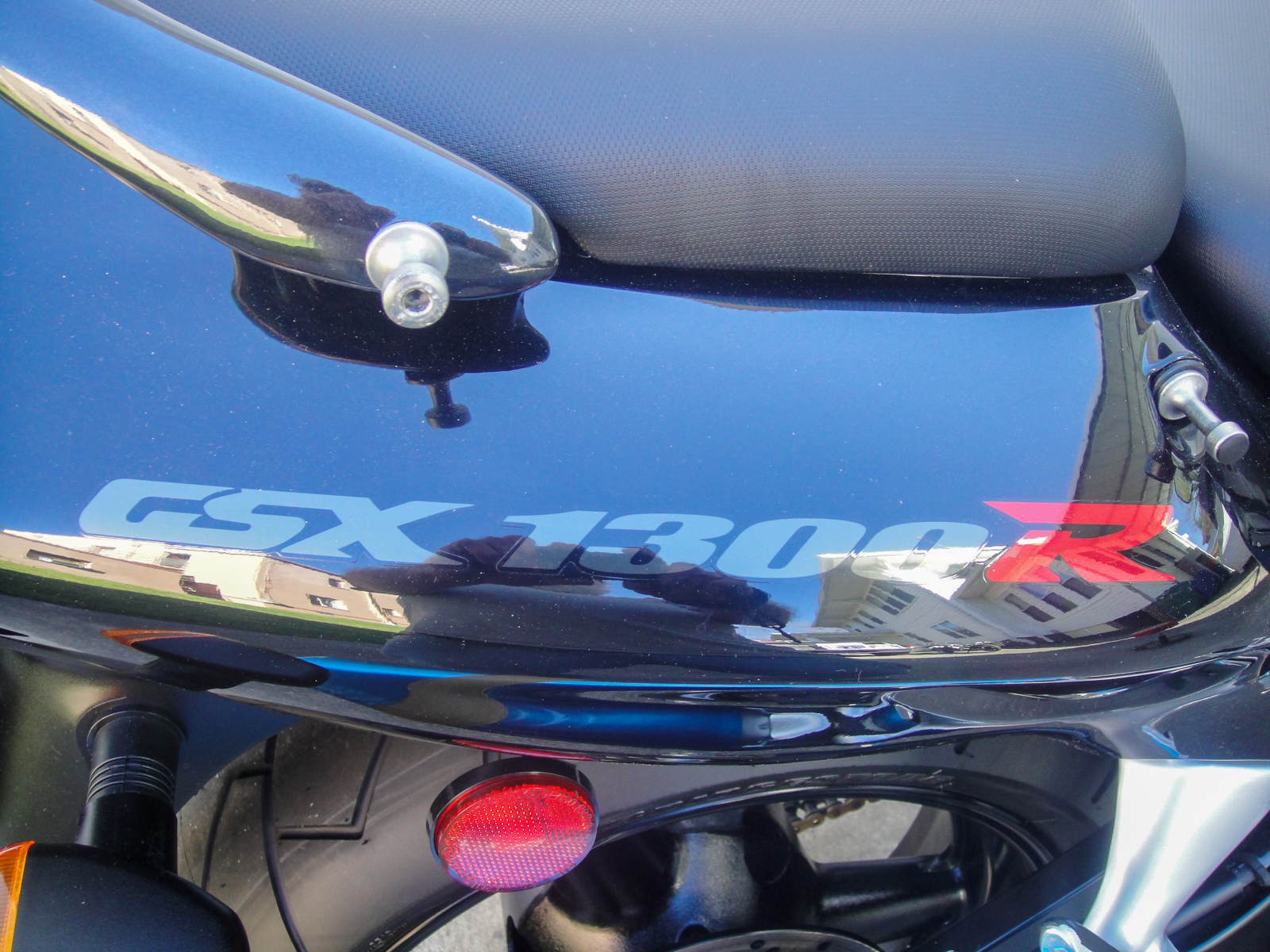 “The notice went on to ask how many units the dealership wanted, the reply was 3. I mentioned this to a fellow enthusiast and he said he wanted one also. I got mine and rolled it into my living room. My friend got his and placed it in storage also.”

“Time passes. In 2019 my friend decided he wanted to add an old Triumph to his collection and decided to sell the Busa and buy the Triumph. So, I bought my friend’s Busa. BTW, the 3rd black Busa was purchased by a gentleman who has been riding it regularly since 2002.” The seller still owns the example he originally bought himself, and is selling the one he acquired from his friend two years ago. 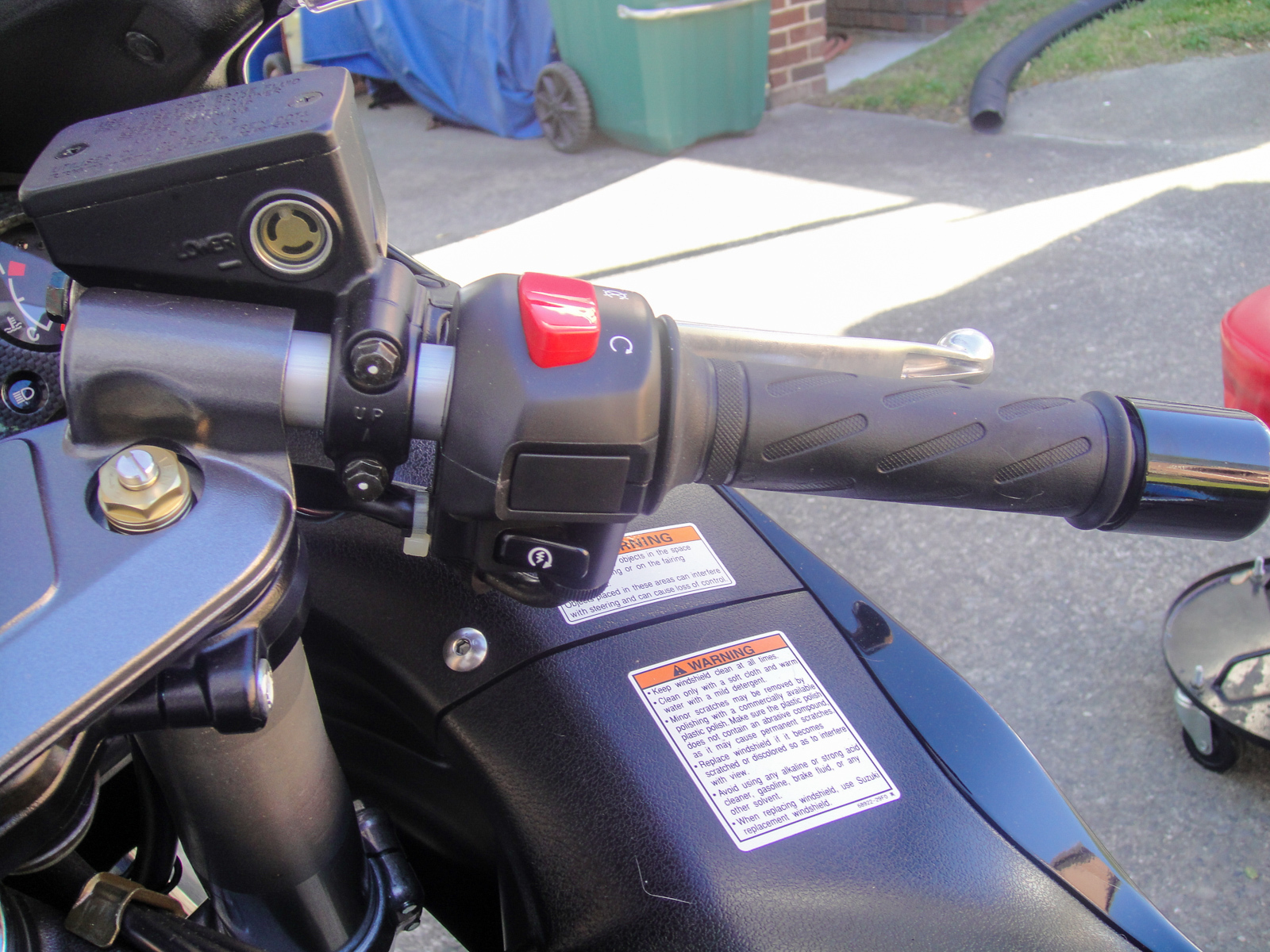 When asked why he was selling it, the seller said, “I turned 74 last month and have no kids or relatives to pass my collection on to. In fact, my two kids have dropped hints that if they were left with the bikes, they may donate them to a maintenance dumpster. I thought there was a hidden message, there thus my decision to sell. For someone wanting a low-mileage, excellent condition Hayabusa for their collection, this is the one.”

It is completely stock and does not have any known mechanical or cosmetic issues. The exhaust cans are still wrapped in the original protective film. 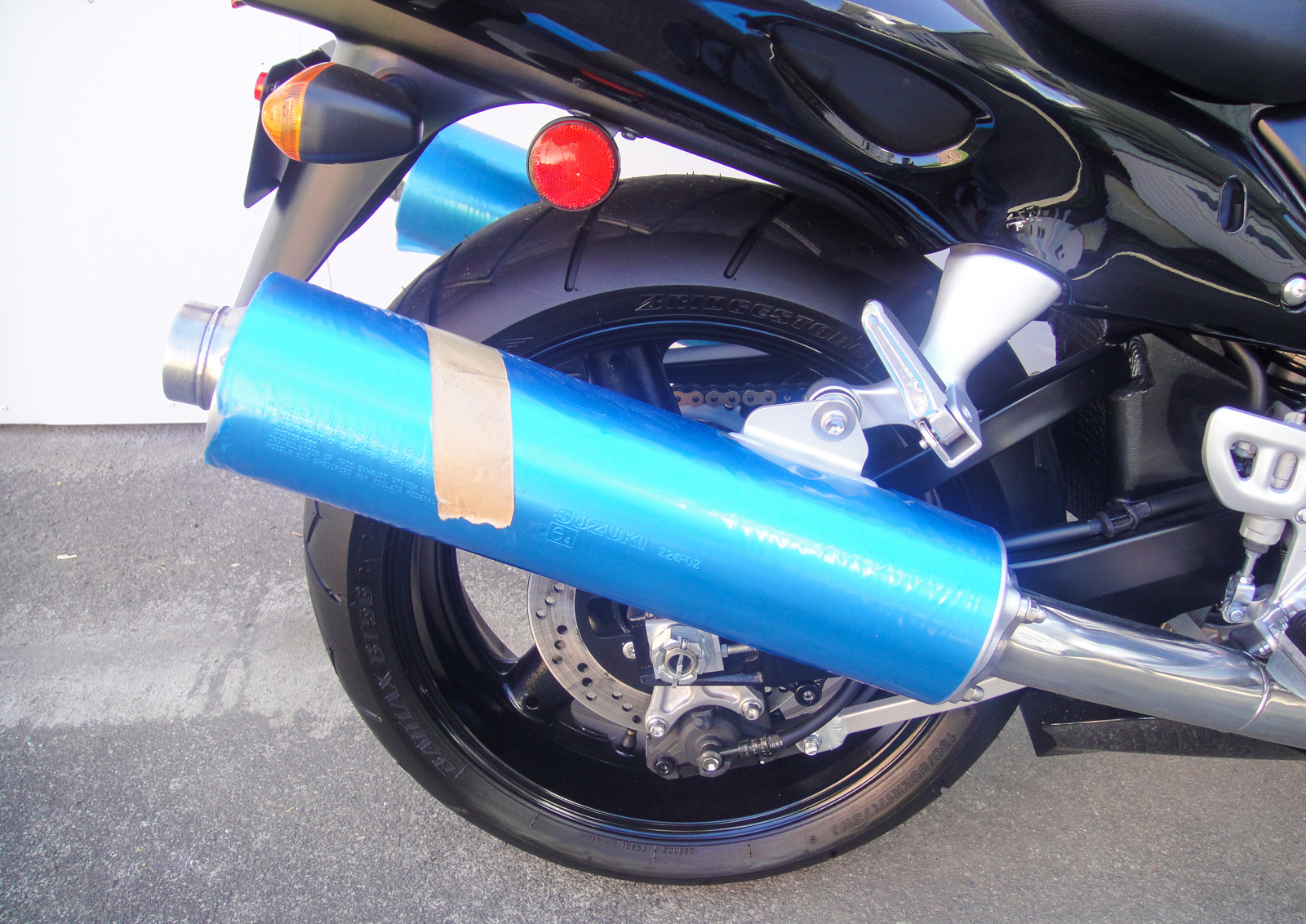 It also includes the owner’s manual, Inspection Certificate, Suzuki Servicard, Riding Tips, Warranty Policy, tool kit, and Dealer Pre-Delivery Checklist noting that a collector bought it and it was not serviced.

Have any Hayabusa stories or questions about this listing? Let us know in the comments!