Additional photos of this 2003 Honda RC51 are available here for your perusal.

Introduced in the latter-half of 1999 as a 2000 model, the Honda RC51 was a big-bore V-Twin superbike created to put an end to Ducati’s reign of supremacy in production-based racing. The RC51 featured a powerful liquid-cooled, fuel-injected, 999cc, 90-degree, DOHC V-Twin paired with a six-speed transmission and an aluminum alloy twin-spar frame. Honda achieved some impressive results with its “Ducati killer” in the form of World Superbike Championship titles in 2000 and then again in 2002 — the same year the RC51 was ridden to an AMA Championship.

2002 was also when Honda made some updates to the original model (known as the SP1). The second generation RC51 (or SP2) benefited from a host of changes requested by Honda’s factory racers, including a taller windscreen, longer swingarm, reduced steering head angle, stronger yet lighter frame, and a power plant that got a few extra ponies. 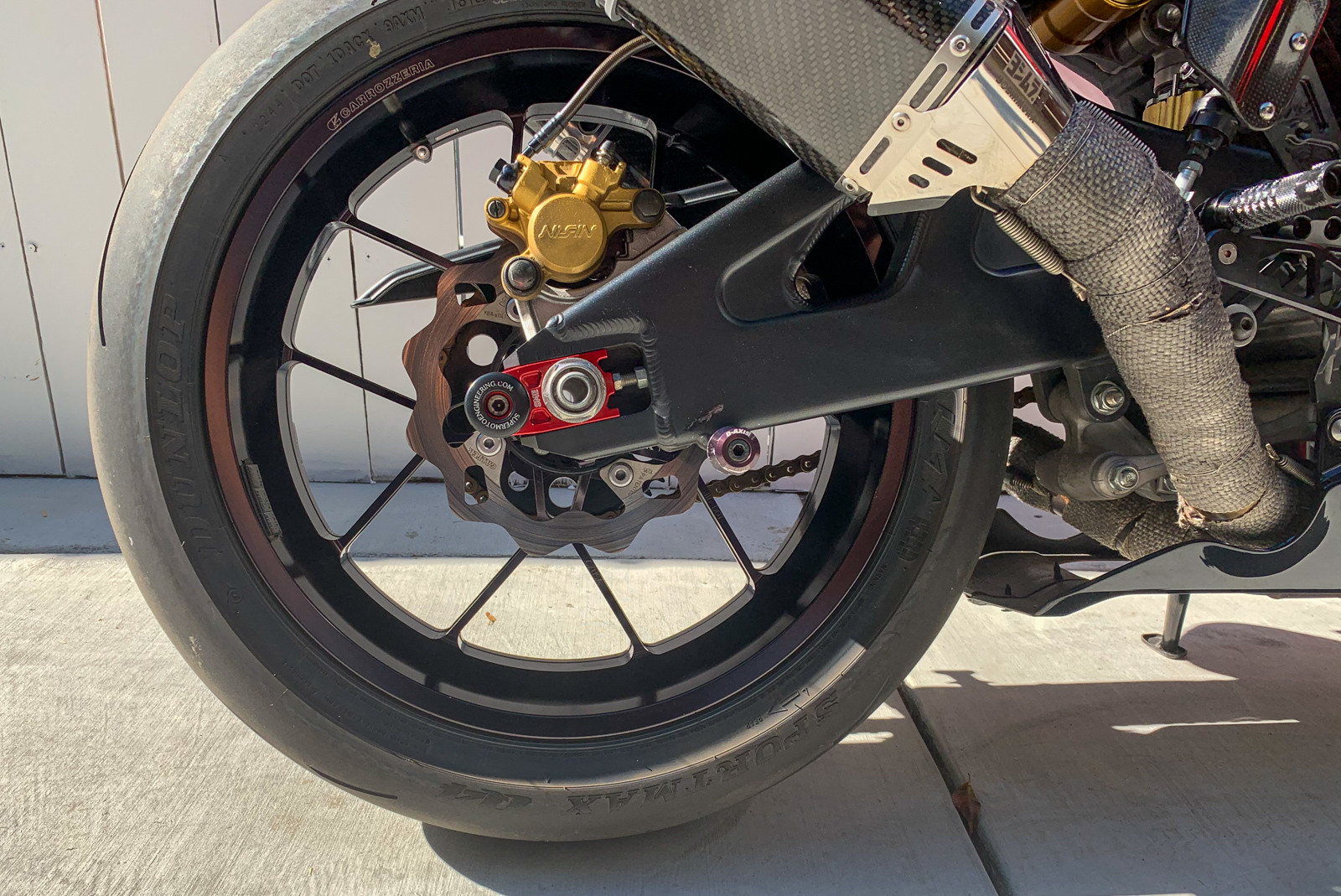 With around 130 hp on tap and a dry weight of 440 lbs, the 999cc V-Twin was good for a top-speed of over 165 mph. The RC51 was also markedly more reliable than its Italian twin counterpart, making it much more attractive to riders on the street. It’s not uncommon to come across RC51 specimens with more than 100,000 miles on the clock that are still going strong.

A true racebike with headlights, the RC51 was brimming with competition-grade hardware and componentry. Even the instrumentation is configured with a race-style rev-counter, and the rest of the running gear is equally track-focused. Sold from 2000 through 2006, the RC51 was produced during an era in which American riders were at the top of the game and will forever be associated with legendary US-born racers like Nicky Hayden and Colin Edwards. 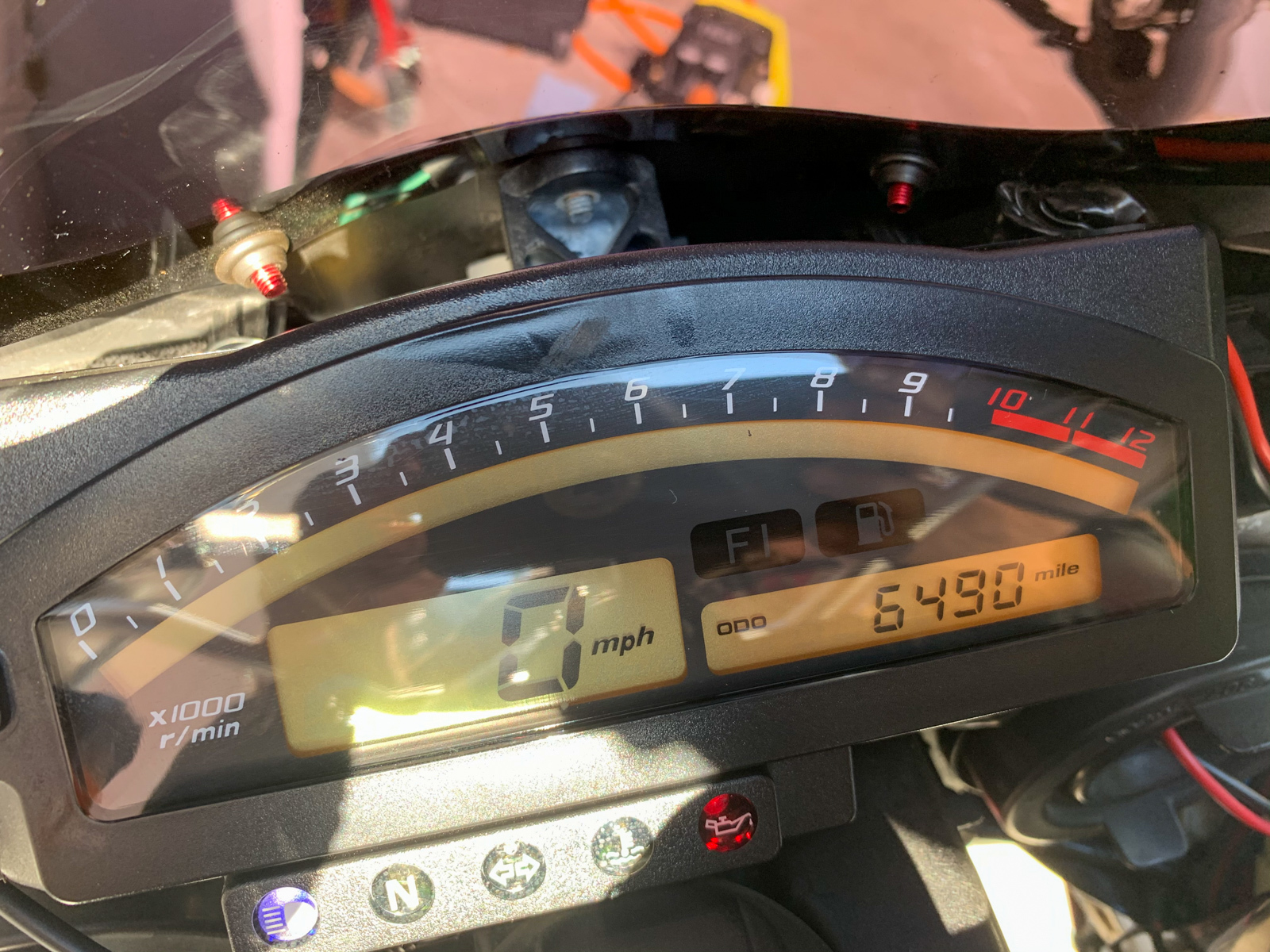 This RC51 (VIN: JH2SC45493M300353) has only 6,490 miles on the odometer, meaning that it still has a lot of life left in it. It’s also exceptionally well-modified by an owner who clearly put a lot of thought and resources into improving an already-excellent Honda and making it an even better bike to ride.

Note the Yoshimura exhaust, Ohlins shock, Accossato radial master cylinders (both brake and clutch), tail tidy, Driven gas cap, Gilles Tooling rearsets, HTMoto seat, CRG mirrors, Galfer rotors, Brembo calipers, and Carrozzeria wheels. The stock parts that were replaced are no longer with the bike and will not be included in the sale.

The seller also added the woodpecker decals typically found on a Nicky Hayden version of the RC51 – they’re not 100% stock on this livery but they look great and they’re right at home on a RC51. 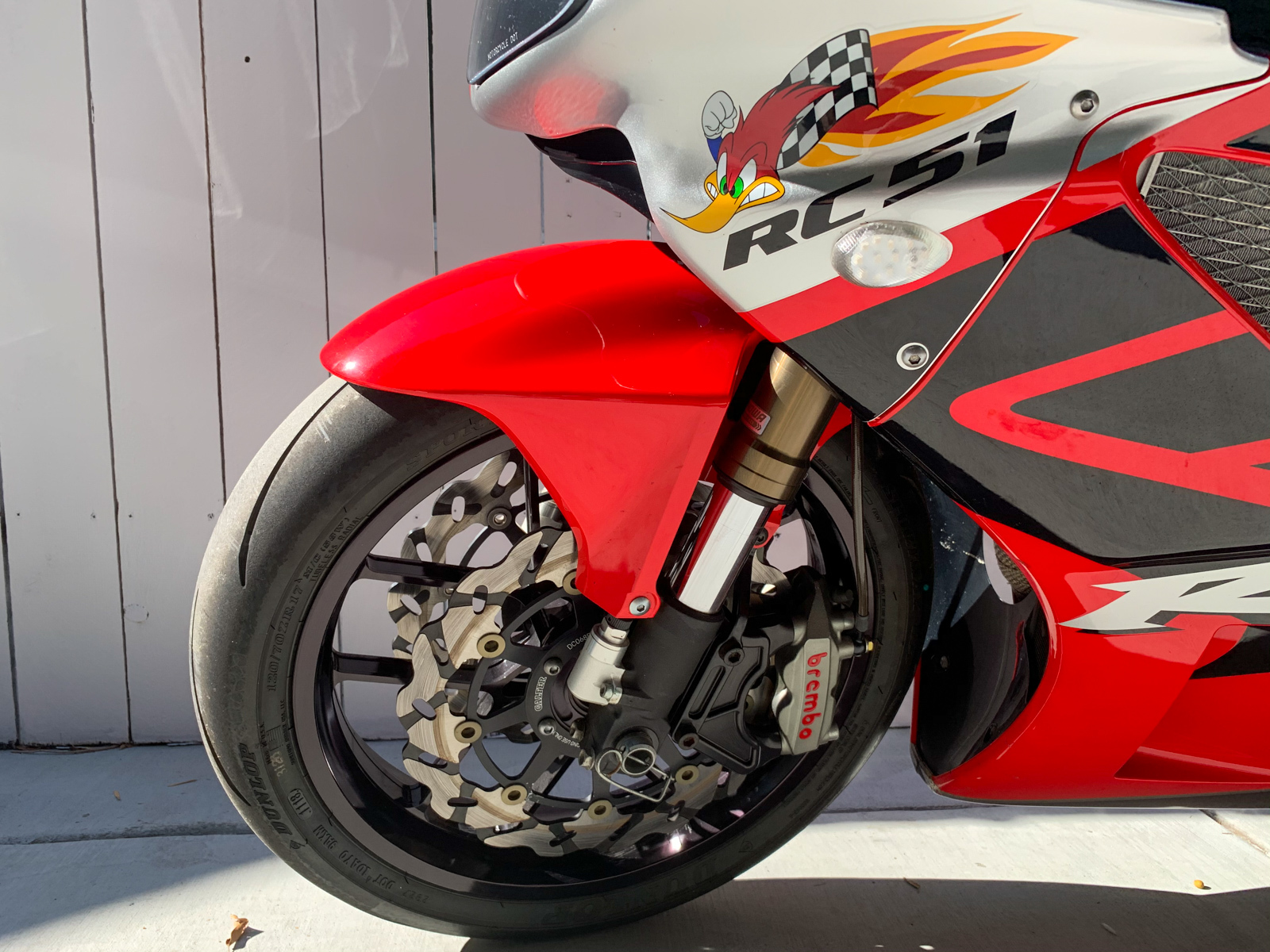 As Ultimate Motorcycling put it in a 2005 review, “you owe it to yourself to discover the reason why there are so many RC51 lovers out there. Only after you’ve ridden one will you understand.“ 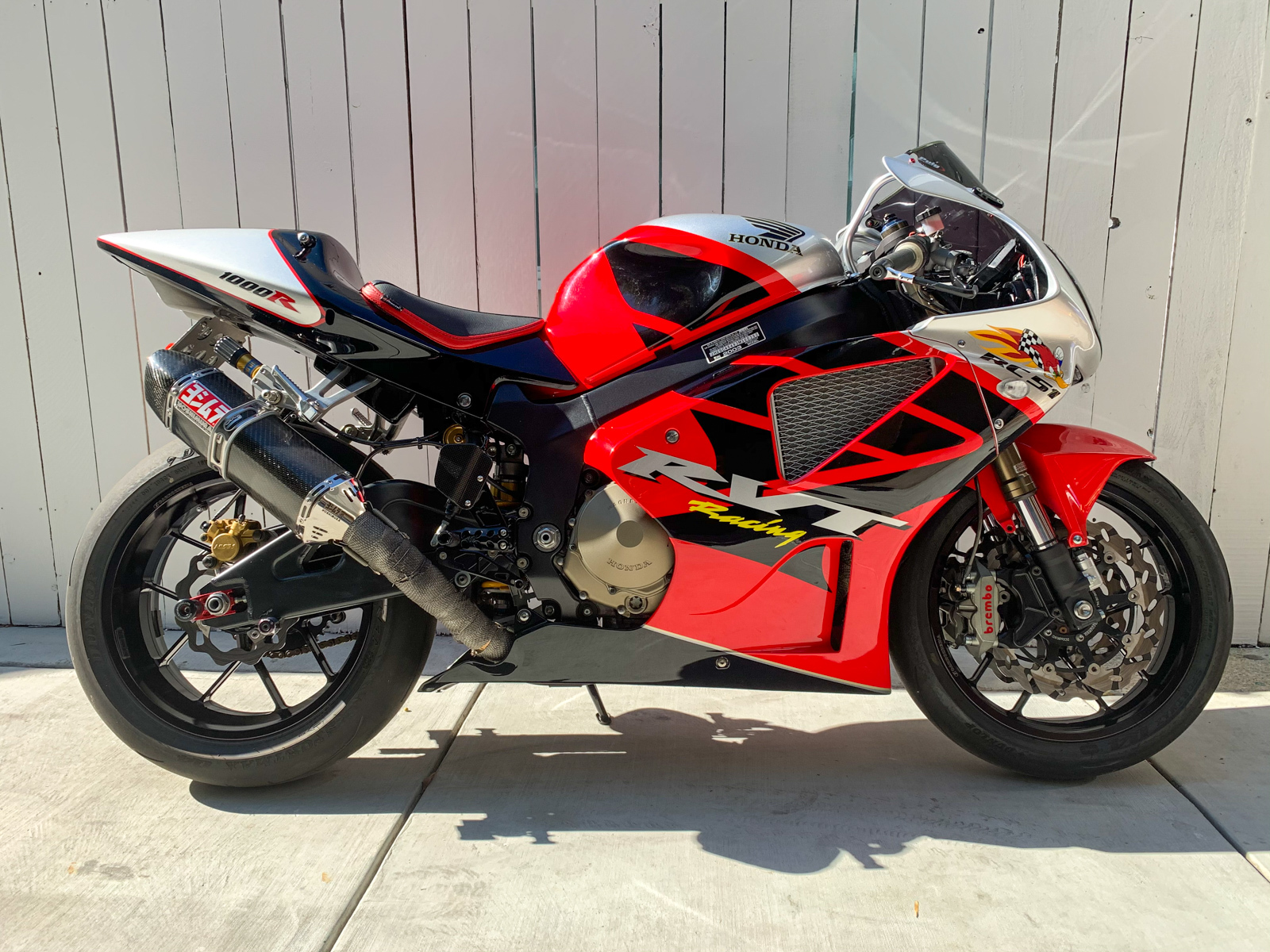 That bike is worth every bit of 9K, and it’s a steal at that! Good luck with the auction!

This Honda RC51 has met reserve – it will sell!