Additional photos of this Aprilia RS250 GP1 are available here for your perusal.

In 1994, Aprilia released a road-legal replica version of their 250cc race machine which would go on to win the ’94, ’95, and ’96 championships. It was called the RS250, and it was powered by a modified version of the liquid-cooled, 249cc, two-stroke, 90-degree V-Twin from Suzuki’s RGV250. The RS’s engine utilized the Suzuki’s 34mm Mikuni flat slide carbs, though it featured Aprilia-designed expansion chambers, barrels, air-box, and exhaust system, a revised ignition and ECU, and a higher compression ratio. Building on the already well-designed single-crank V-Twin developed by Suzuki, the changes made in Noale afforded the RS more mid-range power. Married to a six-speed transmission, the RS250’s engine was similar to the motor found in Aprilia’s GP mount, albeit with a bore and stroke of 56mm X 50mm versus the race bike’s square 54mm X 54mm setup. The RS generated 29.5 ft-lbs of torque at 10,750 rpm and around 70 hp at 11,900 rpm — just shy of its 12,000 rpm redline.

What really made the RS250 special, however, was its chassis design. Derived from the bikes built by Aprilia’s factory race program, the RS250 used a polished alloy twin-spar frame paired with an adjustable magnesium alloy banana swing-arm.

The trick alloy frame was fitted with 41mm inverted Marzocchi fork and a mono-shock in the back — both adjustable for preload and rebound damping. Rolling on 17-inch, five-arm, cast aluminum rims, the RS250 and its race-bred chassis afforded its rider incredibly sharp handling. Slowing the V-Twin was a set of dual 298mm discs pinched by four-piston Brembo Serie Oro calipers out front and a single 220mm unit bit by a dual-pot caliper in the rear.

The RS250 remained in production until 2004, and even though it’s nearly been two decades since the last one was built, the track-oriented V-Twins are regarded incredibly highly today. MCN has gone as far as to call the RS250, “Simply one of the very best, least-compromised sports motorcycles money can buy”, and VisorDown more recently stated, “The real problem with the RS250 is that if you want one, a good one, you’re too late.”

While we have to agree with both publications, we do have a solution to Visordown’s aforementioned problem in the form of a beautiful bone-stock Aprilia RS250 GP1 — which was the final generation of the model and the most refined — adorned in the iconic factory rainbow livery.

Manufactured in August of 2003, this example is VIN: ZD4LDA0003S104731. The seller acquired it four years ago from a collector in Salinas, California. 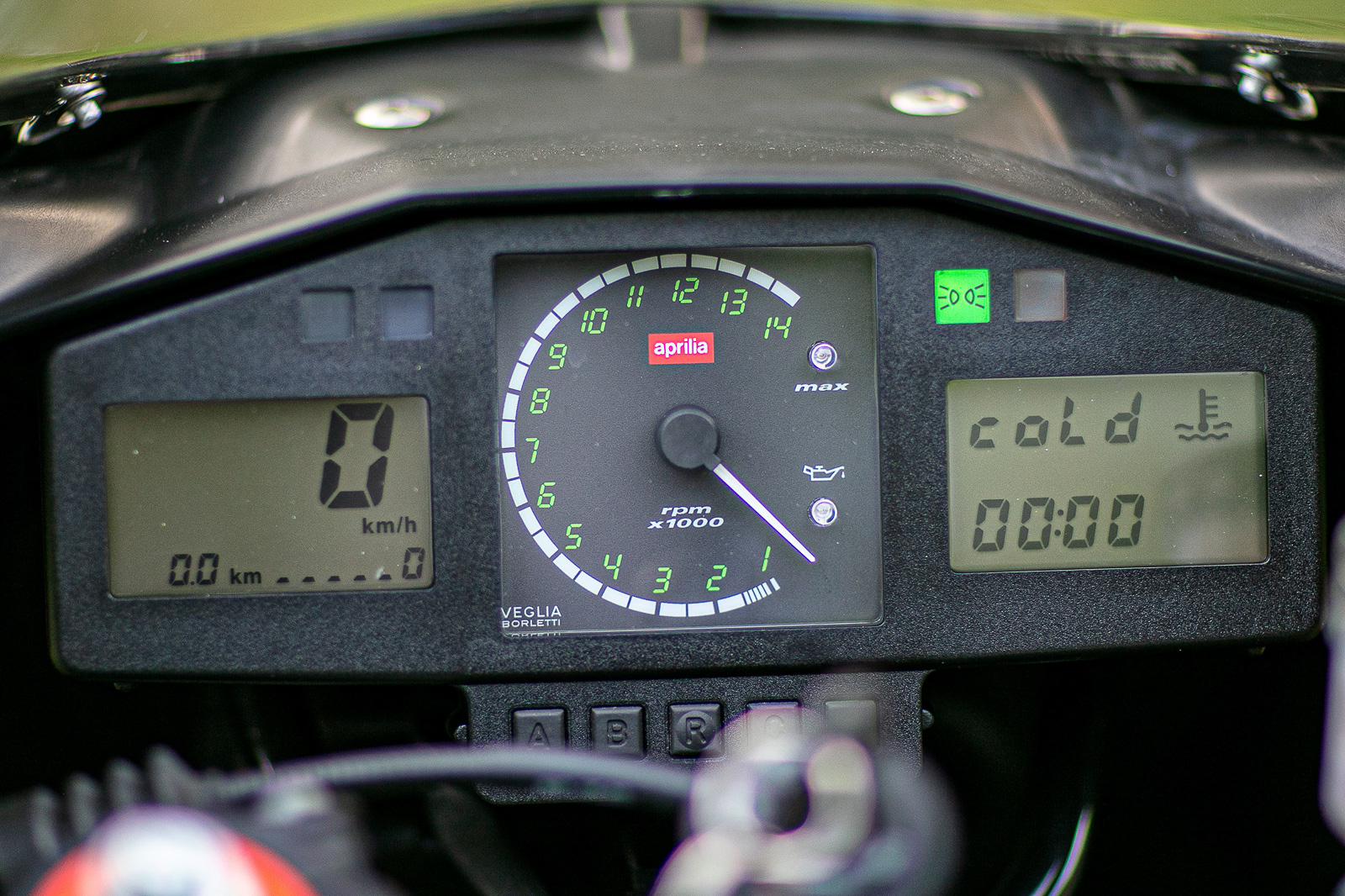 Per the previous owner, this is “a 2004 model RS250 fitted with a 2003 Australian Import Approval and Compliance plate #12980 dated August 2003. The bike comes with transferable Australian registration and number plate from the state of New South Wales. It has never been registered for the street in the USA. This bike was judged the best European Two-Stroke bike at Motocarrera’s famous Two Stroke Extravaganza held in 2005 in Los Angeles. The bike was also displayed at the famous Quail Lodge Motorcycle Show in Carmel, California in May, 2016.” 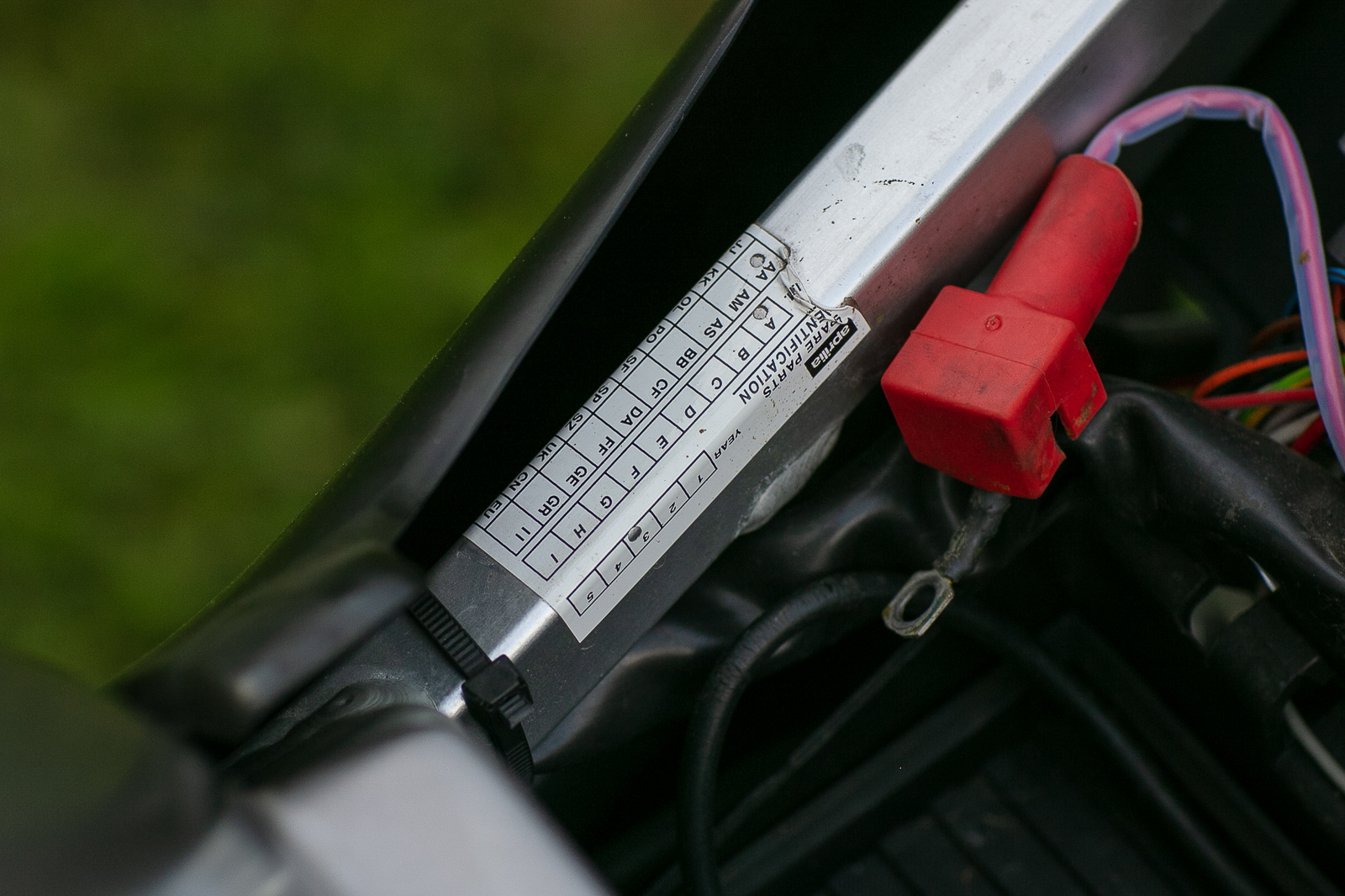 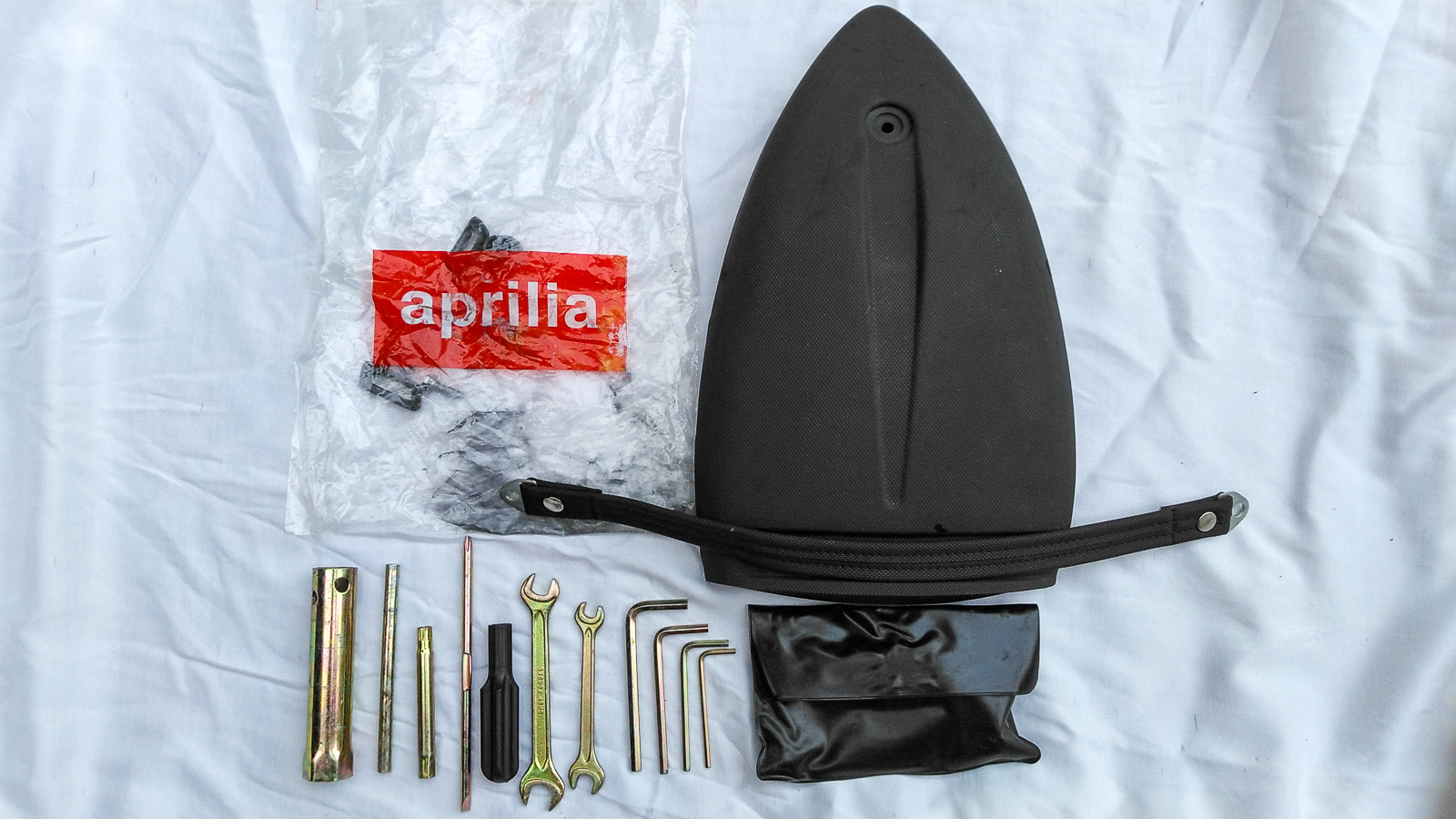 Modifications:
The seller states that this bike is completely stock.

Cosmetic Blemishes:
This RS250 shows almost perfectly. Please see the album up top for a full set of photos to evaluate the cosmetic condition.

It is riding on the original Dunlop Sportmax tires.

The sale includes one key and a rear wheel stand.

Currently located in Central Massachusetts, this Aprilia is offered on a Bill of Sale and Australian registration. Have any RS250 stories or questions about this listing? Let us know in the “Comments” tab!