Additional photos of this RC51 Nicky Hayden are available here for your perusal.

Introduced in the latter-half of 1999 as a 2000 model, the Honda RC51 was a big-bore V-Twin superbike created to put an end to Ducati’s reign of supremacy in production-based racing. The RC51 featured a powerful liquid-cooled, fuel-injected, 999cc, 90-degree, DOHC V-Twin paired with a six-speed transmission and an aluminum alloy twin-spar frame. 2002 was also when Honda made some updates to the original model (known as the SP1). The second generation RC51 (or SP2) benefited from a host of changes requested by Honda’s factory racers, including a taller windscreen, longer swingarm, reduced steering head angle, stronger yet lighter frame, and a power plant that got a few extra ponies. 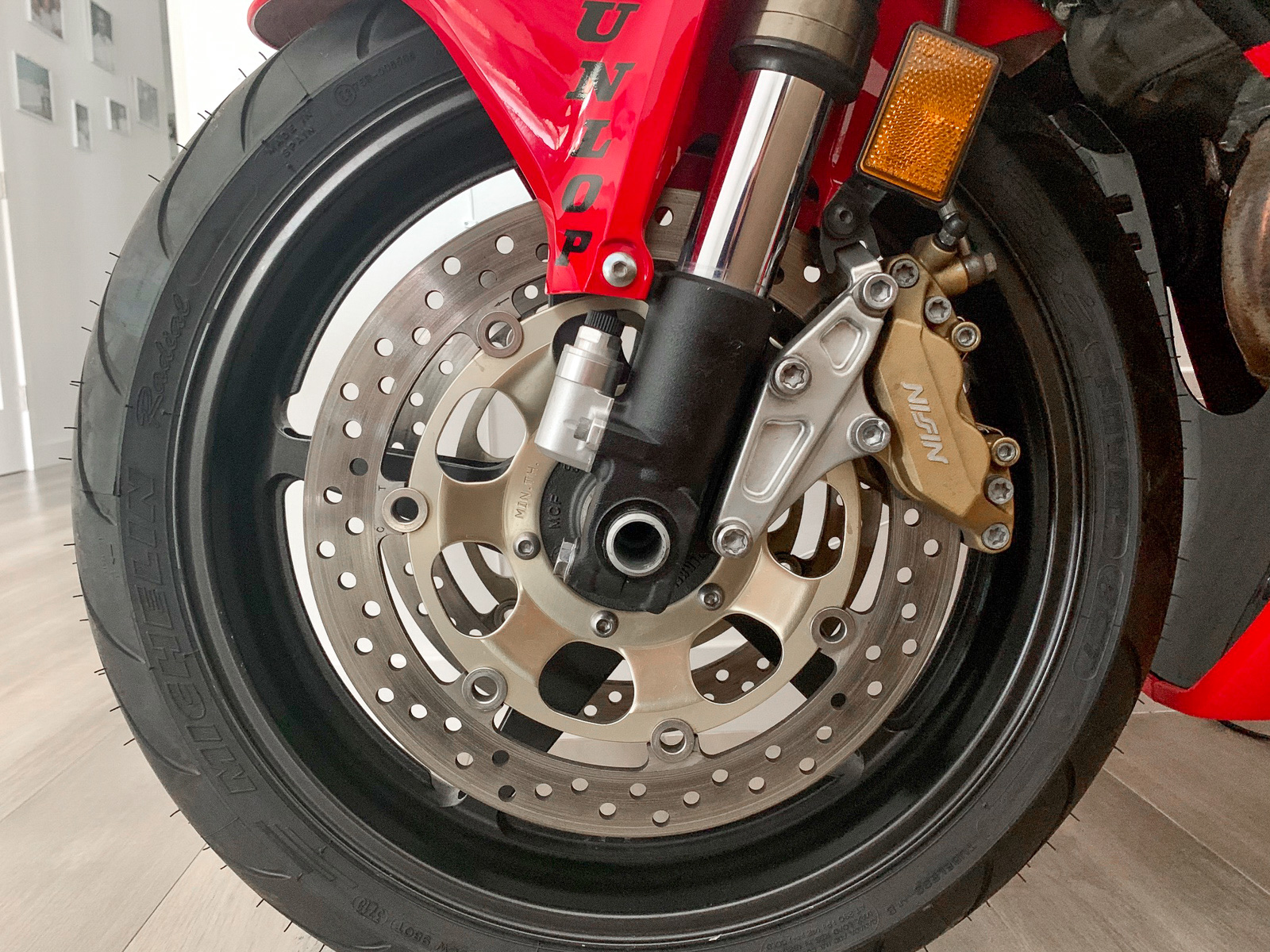 With around 130 hp on tap and a dry weight of 440 lbs, the 999cc V-Twin was good for a top-speed of over 165 mph. The RC51 was also markedly more reliable than its Italian twin counterpart, making it much more attractive to riders on the street. It’s not uncommon to come across RC51 specimens with six-figure odometer readings that are still going strong. 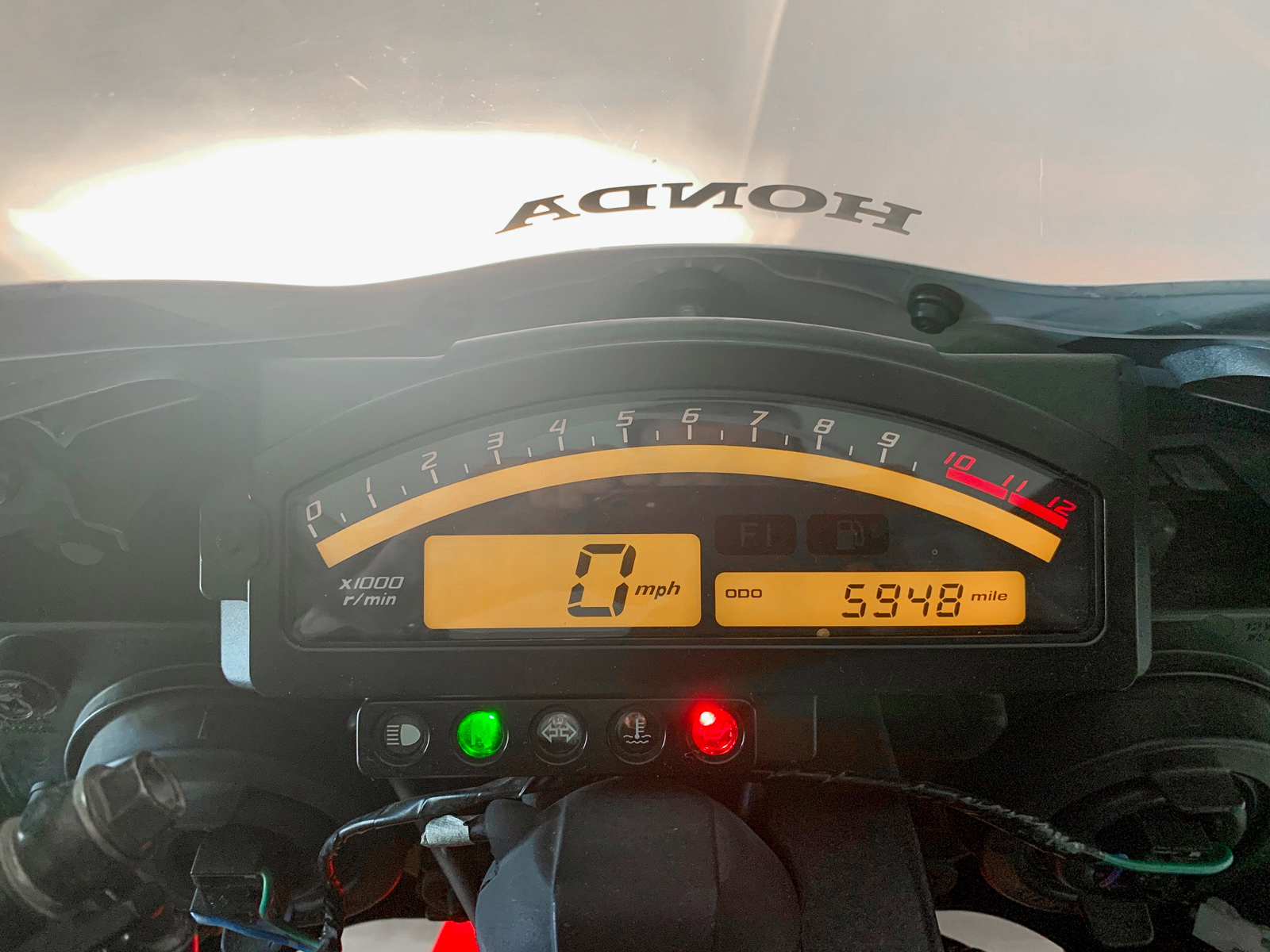 A true racebike with headlights, the RC51 was brimming with competition-grade hardware and componentry. Even the instrumentation is configured with a race-style rev-counter, and the rest of the running gear is equally track-focused. Honda achieved some impressive results with its “Ducati killer” in the form of World Superbike Championship titles in 2000 and then again in 2002 — the same year the RC51 was ridden to an AMA Championship.

The WSBK titles were sweet, but many Honda fans have a soft spot for the 2002 AMA Championship as it was won by none other than Nicky Hayden. Honda celebrated the feat in 2004 by building a run of RC51s with some cosmetic updates to commemorate Nicky’s feat. Said changes included the Hayden red white and silver livery, white number plate areas, a brushed aluminum frame and swing arm, and of course, the Kentucky Kid’s signature on the top of the tank.

When the current owner acquired this bike, he replaced several aftermarket parts with new OEM units – the rear shock, windshield, some screws/bolts/clips, the reflectors, and the rear fender. 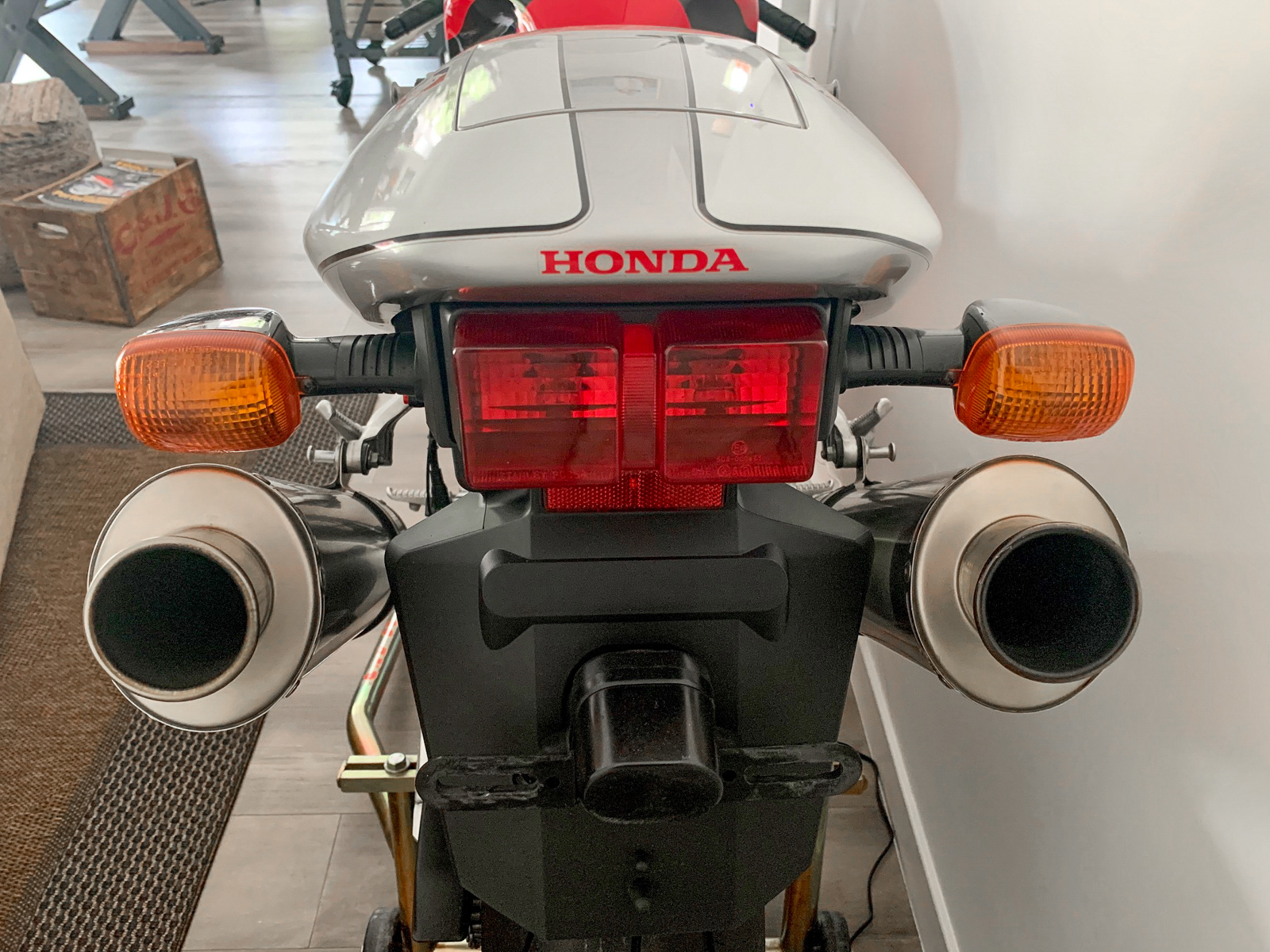 He also added all the correct stickers for the Nicky Hayden edition.

The few aftermarket upgrades include a Power Commander and Sato Racing pipes.

Right before the seller acquired this machine, we at Iconic installed brand new Michelin Pilot Power 2CT tires and new fork seals. There are a few minor scratches on this RC51 – you’ll find them on the side fairing above the the radiator, tail, and front fender. There are also some filled in scratches on the rear wheel. The seller has included photos of all known cosmetic issues in the album up top.

The RC51 is one of our favorite Hondas in history because it looks good, it rides great, and it has a wonderful history. The Nicky Hayden edition bikes are even better, and this one’s got the sort of modifications that will make anyone want to dramatically increase the small number that’s currently on the odometer.