Click here for an CycleVIN Motorcycle History Report on this 2004 MV Agusta F4 750 SPR. Additional photos are available here for your perusal.

This example is VIN: ZCGAGFLJ64V100494. The seller acquired it a couple of weeks ago as a trade-in on a car.

During his ownership, the seller has covered 5 miles. The odometer shows 555 miles.

The sale includes two keys and the original tool kit. 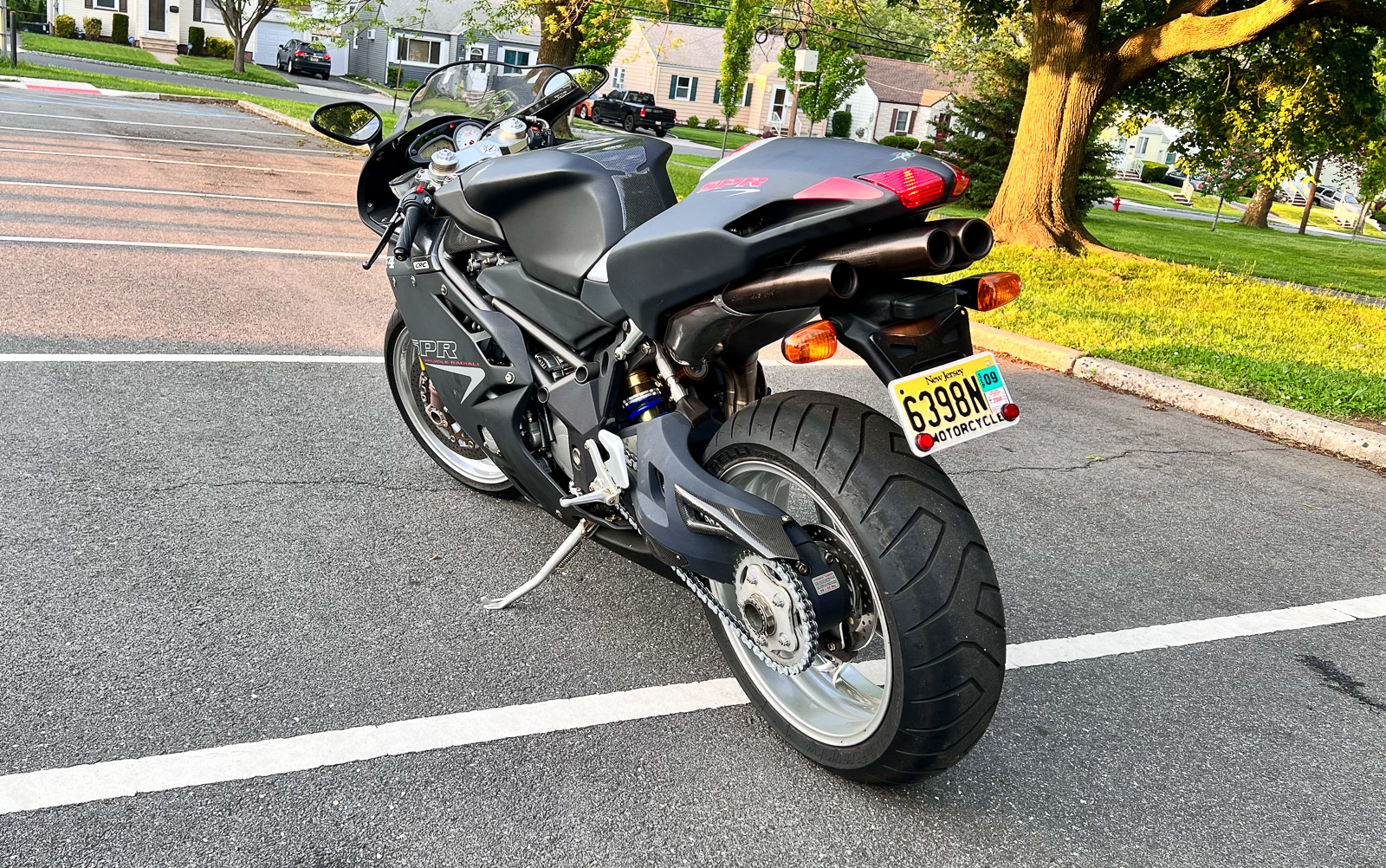 Have any F4 SPR stories or questions about this listing? Let us know in the “Comments” tab!