Click here for an CycleVIN Motorcycle History Report on this 2004 MV Agusta SPR. Additional photos are available here for your perusal. The odometer shows 24,413 miles, though the seller notes that the mileage go up “a slight bit as I ride it once in a while to keep it fresh.” 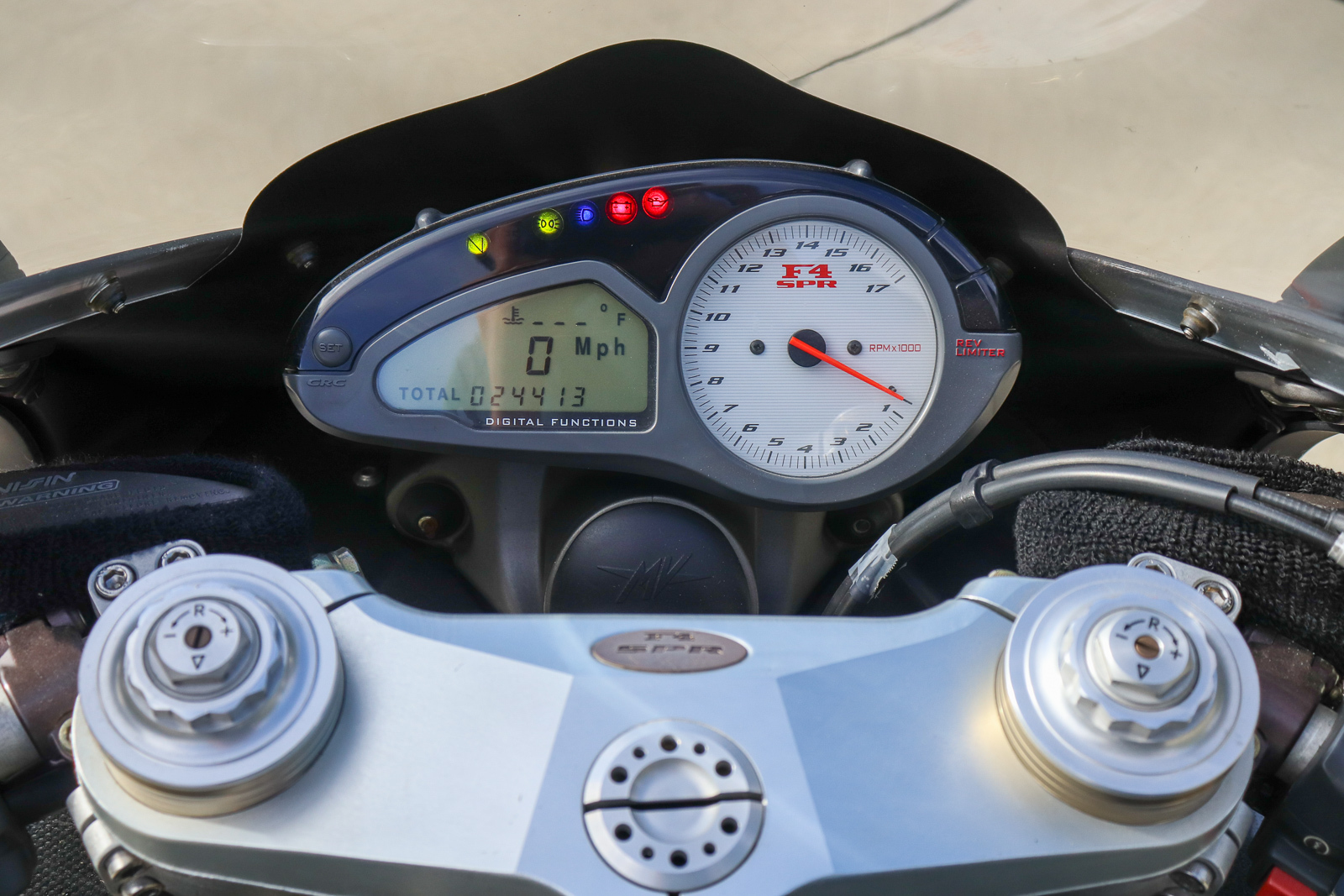 The seller acquired it from us last spring and had our White Glove service install new tires and a new chain at that time. The seller installed a new battery this month.

Cosmetic Blemishes:
Two small scuffs on the upper portion of the right fairing.

Documented Maintenance:
Included in the album up top are several invoices for work performed between 2011 and 2020. The most recent service was done by Iconic in April of 2020 before we sent the bike to the owner:

Currently located in Carmel, Indiana, this MV Agusta is offered on a clean Indiana title. Have any SPR stories or questions about this listing? Let us know in the comments!