Additional photos of this Erion Honda CBR600RR are available here for your perusal.

When new, this Honda CBR600RR was campaigned by Tristan Schoenewald in the 2005 and 2006 AMA Superstock 600 Championships with the Advanced Motion Controls team.

The current owner acquired this machine in early 2017 for his son to enter the three-month-long Fastrack Riders Academy at Auto Club Speedway – he ended up winning first place, the prize for which was a BMW S1000RR. From there, he raced in AFM, CVMA, and WERA with this Honda in 2018.

The owner had us go through the bike in late 2018 with invoices totaling just under $1,900. We took the engine out and replaced several parts including the shift shaft, gear shift spindle, exhaust gaskets, oil seal, oil filter, and more. We also installed a quick shift throttle assembly, Samco silicone hose kit, and a Power Commander expansion module.

The motor has less than 10 hours on it since the work was performed. 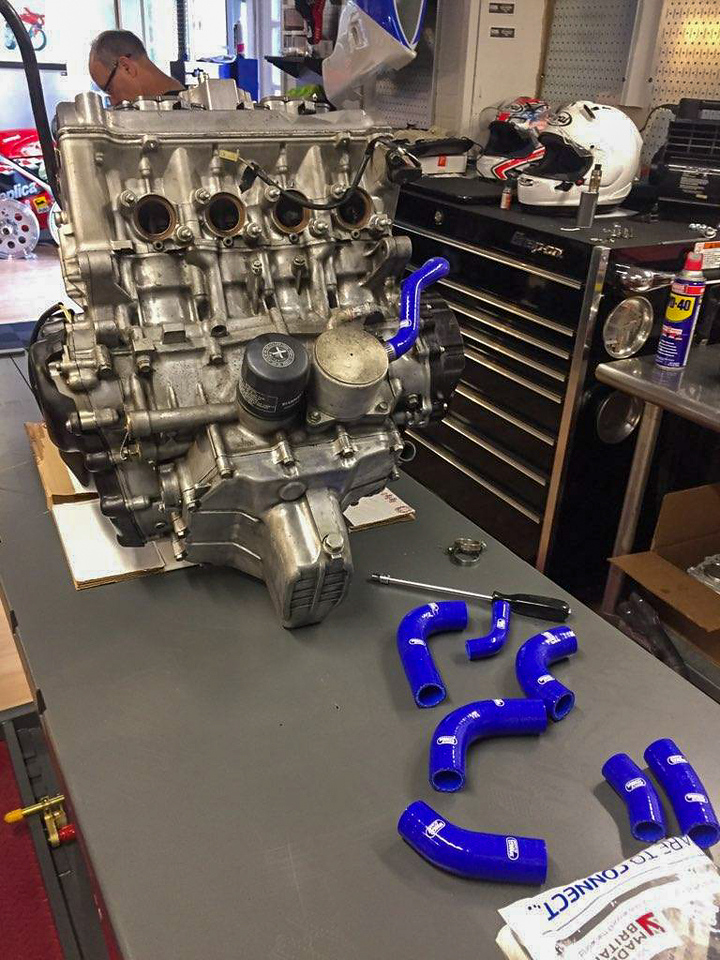 The body work on the bike is Sharkskinz from back in the day with original Erion paintwork. The stock bodywork is included.

In addition, it has two engine maps programmed by Hudson Motorcycles in Gardena, California (map 1 is pump-91 and map 2 is race-101 [VP MR12]). It was last tracked in November 2019, and as the seller states, “to say it’s track ready is an understatement.”

This is an impressive track day package as it includes a large set of spares: brake pads, fuel pump, Vortex rearsets, Sharkskinz bodywork, and a set of wheels with rotors.

The seller is letting it go to raise funds for a season racing in Spanish Moto2 – he’s also looking for sponsors that want to support an American racing at World Championship levels, so let us know if you’re interested in helping and we’ll gladly put you in touch!