Click here for an instaVIN Motorcycle History Report on this 2005 Honda CBR1000RR Repsol.

Additional photos of this CBR1000RR are available here for your perusal.

In 2004, Honda released the first full liter-sized model in the CBR double-R range when they replaced the 954RR with the 1000RR. Designed by a team ledd by Kunitaki Hara, the 1KRR was an all-new model, not sharing any components with the outgoing model. Though it was powered by an inline-four and not a V5, many parts of the first CBR1KRR were based on Honda’s RC211V MotoGP racer, the bike Valentino Rossi used to secure back-to-back world titles. 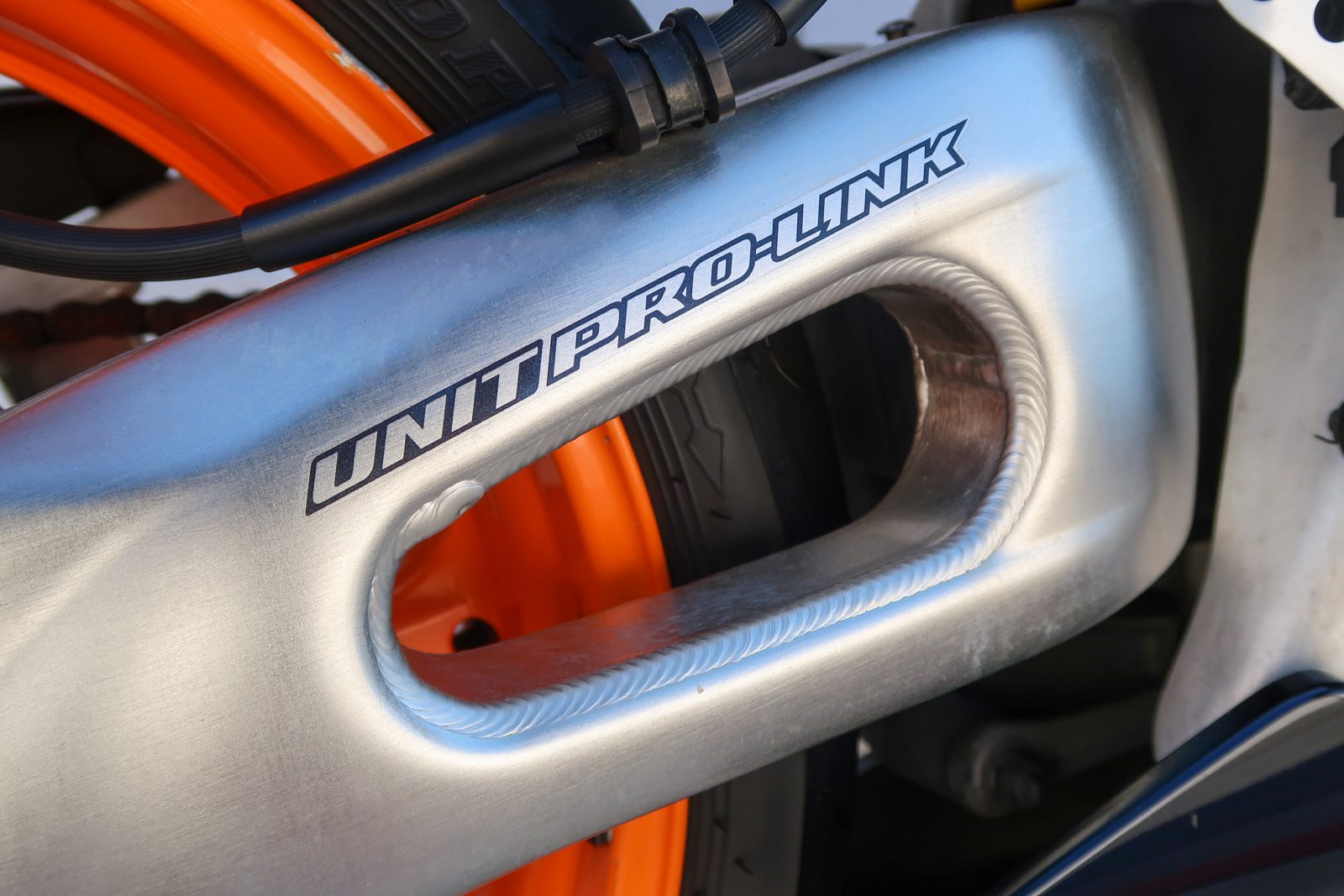 The CBR1000RR was constructed around an advanced aluminum twin-spar chassis derived from Honda’s premier class racer. Other pieces born out of HRC’s R&D department included the hybrid aluminum swingarm and all-new Pro-Link rear suspension. Soaking up the bumps up front is a 43mm inverted fork supplemented with the new Honda Electronic Steering Damper that was developed alongside Kayaba.

Inside the MotoGP-derived frame was an all-new liquid-cooled, 998cc, four-stroke, DOHC (16-valve), inline-four with dual-stage fuel injection and two-stage ram air regulated via a 32-bit ECU. The 1000RR’s engine was good for a claimed 172hp and 85ft-lbs of torque, translating to a sub-three-second (2.7) 0-60mph time, and a top speed of over 175mph.

In addition to keeping the dry weight under 400lbs, Hara and his team went to great lengths to optimize mass centralization. Alongside its compact engine, the RR featured a low, centrally-located 4.8-gallon fuel-cell. The RR also got 17” aluminum alloy hollow-spoke wheels and radial four-piston brakes biting dual floating 310mm discs. The CBR1000RR didn’t boast the most aggressive performance, but it was touted as being much easier to control and more comfortable than its liter-sized competitors.

One area the bike did stand out in was its appearance. With bodywork inspired by the RC211V, line-beam headlight, and under-tail exhaust, the first 998cc CBR-RR more than looked the business. In 2005 Honda took things one step further and released the iconic Repsol Edition model — the most coveted of the 1KRR’s.

This 2005 CBR1000RR Repsol Edition example (VIN: JH2SC57445M101376) has 16,811 miles. With the exception of a carbon fiber Two Brothers exhaust, this bike is bone stock. Cosmetically, we’d call this Repsoller a rider, as there are several scratches on the tank, fairings, wheels, and exhaust – please look at the photo album above for examples. There is also a scratch on the right side of the engine case. This bike is currently titled in Florida.

Despite being released a decade-and-a-half-ago, the CBR1000RR remains Honda’s flagship superbike. While the latest iteration has admittedly grown a bit long in the tooth, the original Fireblade 1000 was a cutting-edge, envelope-pushing model. Whether you plan on using it as a daily rider or a track day weapon, it’s hard to go wrong with this Repsol-liveried double-R.