Click here for an instaVIN Motorcycle History Report on this MV Agusta F4 1000 Tamburini. Additional photos are available here for your perusal. 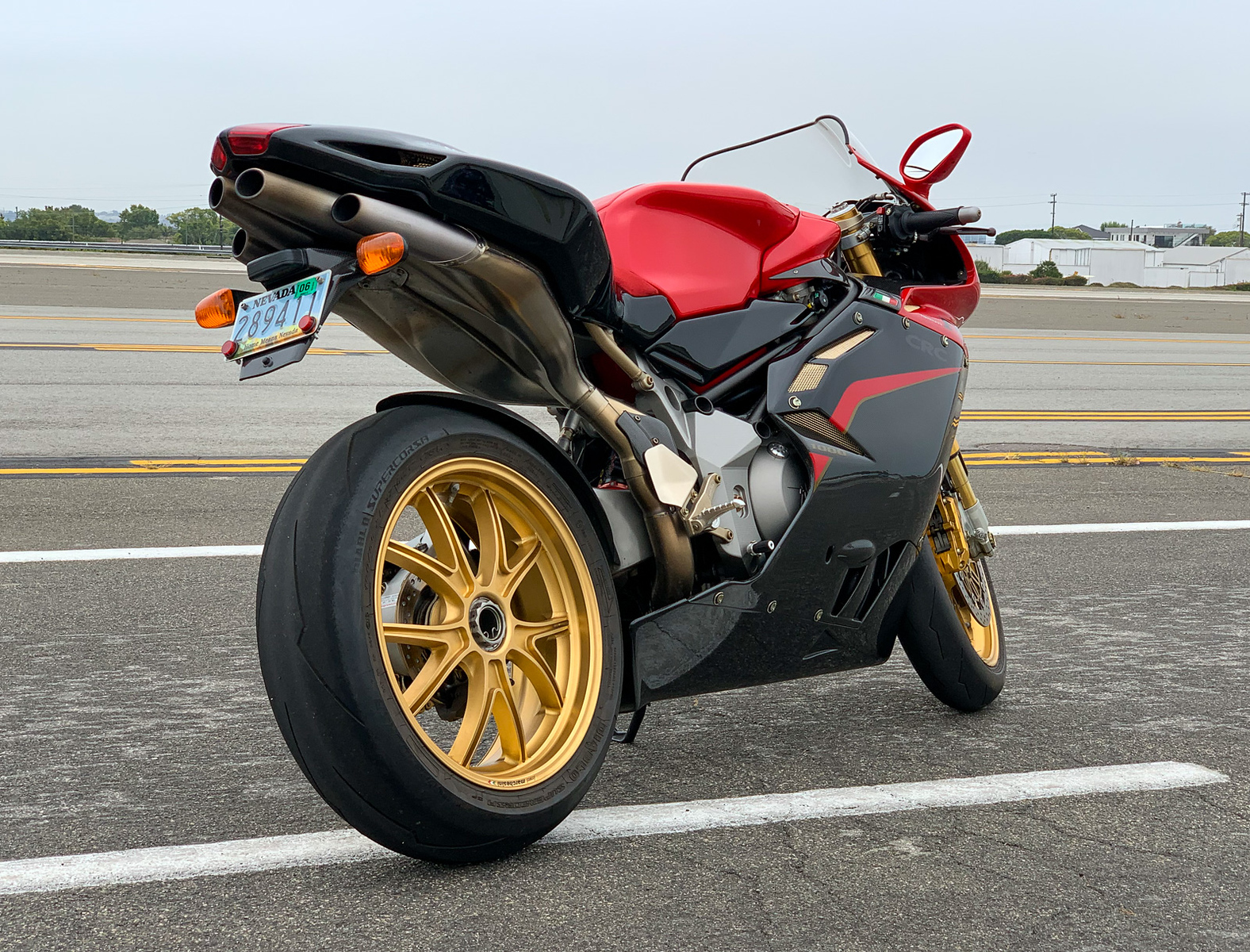 When MV Agusta released the F4 1000 in 2005, they released two limited edition models alongside the regular “S” bike. One was the AGO – the first 300 models built. The other was the Tamburini, a $42,695 sculpture named for the iconic designer who called this “My dream. My bike.” Just 300 were produced, 59 of which were imported to the US.

Top speed was 190.6 miles per hour thanks to 172 horsepower from the inline four engine. MV debuted their Torque Shift System, which was able to vary the intake trumpet length dependent on speed to maximize torque. All bodywork is carbon fiber, making this bike light (403 pounds) and gorgeous (see for yourself).

For more on this limited edition MV, check out this article on Cycle World, where author (and current Editor-in-Chief) Mark Hoyer says “there is a lot you can buy for $42,695. None of it is as beautiful or exciting as the MV Agusta F4 1000 Tamburini, a very special, limited-production version of the F4 1000 S, which itself already is a very special, limited-production motorcycle…if you want one, pick up the phone now. You may already be too late..”

There are minor signs of use, but overall this presents very well.

We note some blemishes on the inside of the front fairing. Adam has taken a close look and says that the carbon fiber does not feel cracked, rather it looks like an issue with the clearcoat.

It also comes with the stock exhaust and the stand pictured below. Currently located at our location in Santa Monica, California, this MV is offered with a clean Nevada title. Please make an appointment if you’d like to inspect it in person!