Click here for an CycleVIN Motorcycle History Report on this 2007 Ducati 999S Team USA. Additional photos are available here for your perusal.

For the 2007 model year, Ducati North America announced a limited edition version of the 999S superbike. They called it the “Team USA” Edition, though many Ducatisti just called it the “Parts Unlimited Replica”, as the design emulated the livery found on Ducati’s AMA Superbike racers piloted by Ben Bostrom and Neil Hodgson. 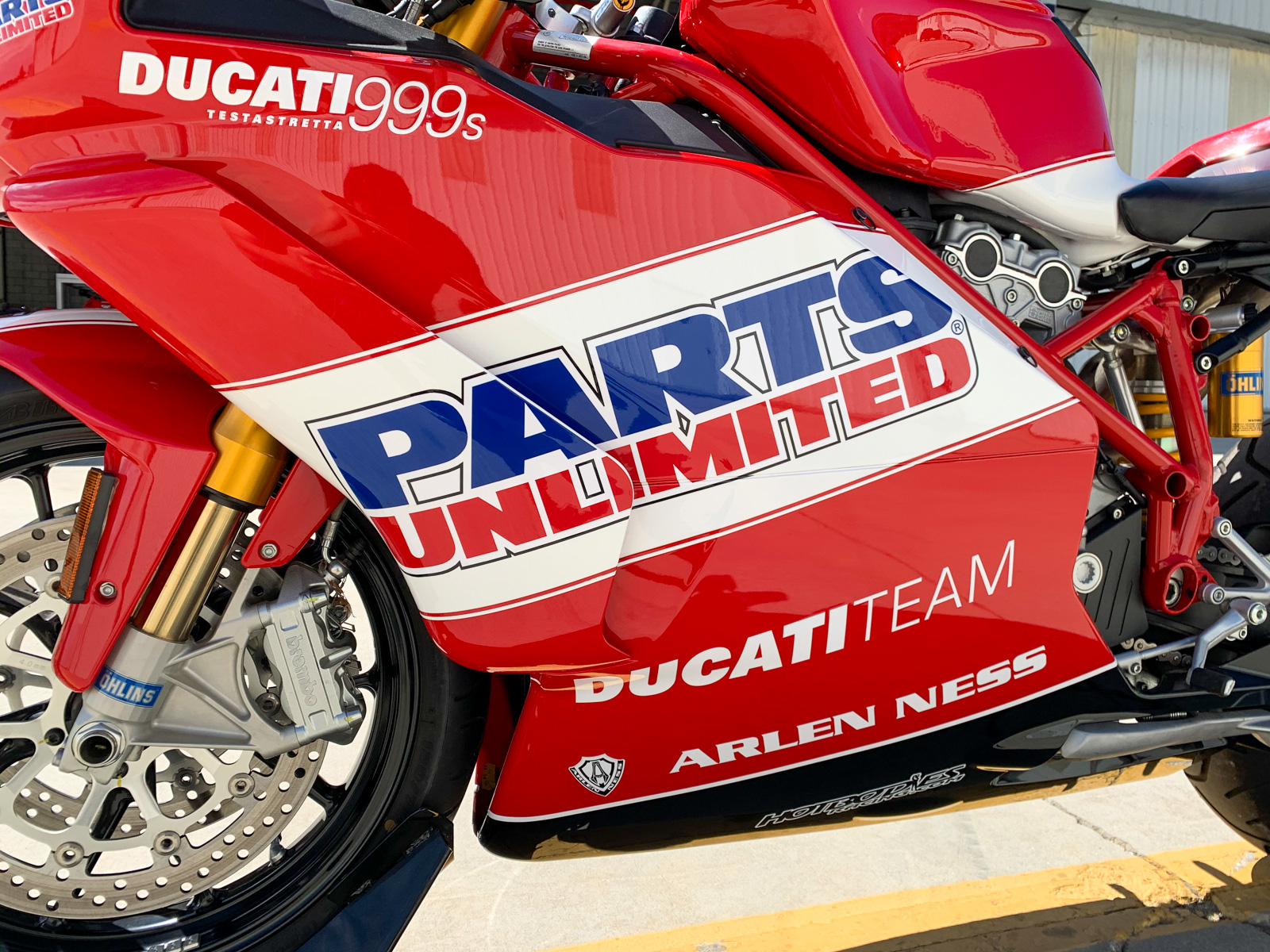 Ducati unveiled the Team USA Replicas to the public at Laguna Seca Raceway during the US round of the 2006 MotoGP championship, revealing that they would produce 150 examples (exclusively for the US market) at a MSRP of $19,999. 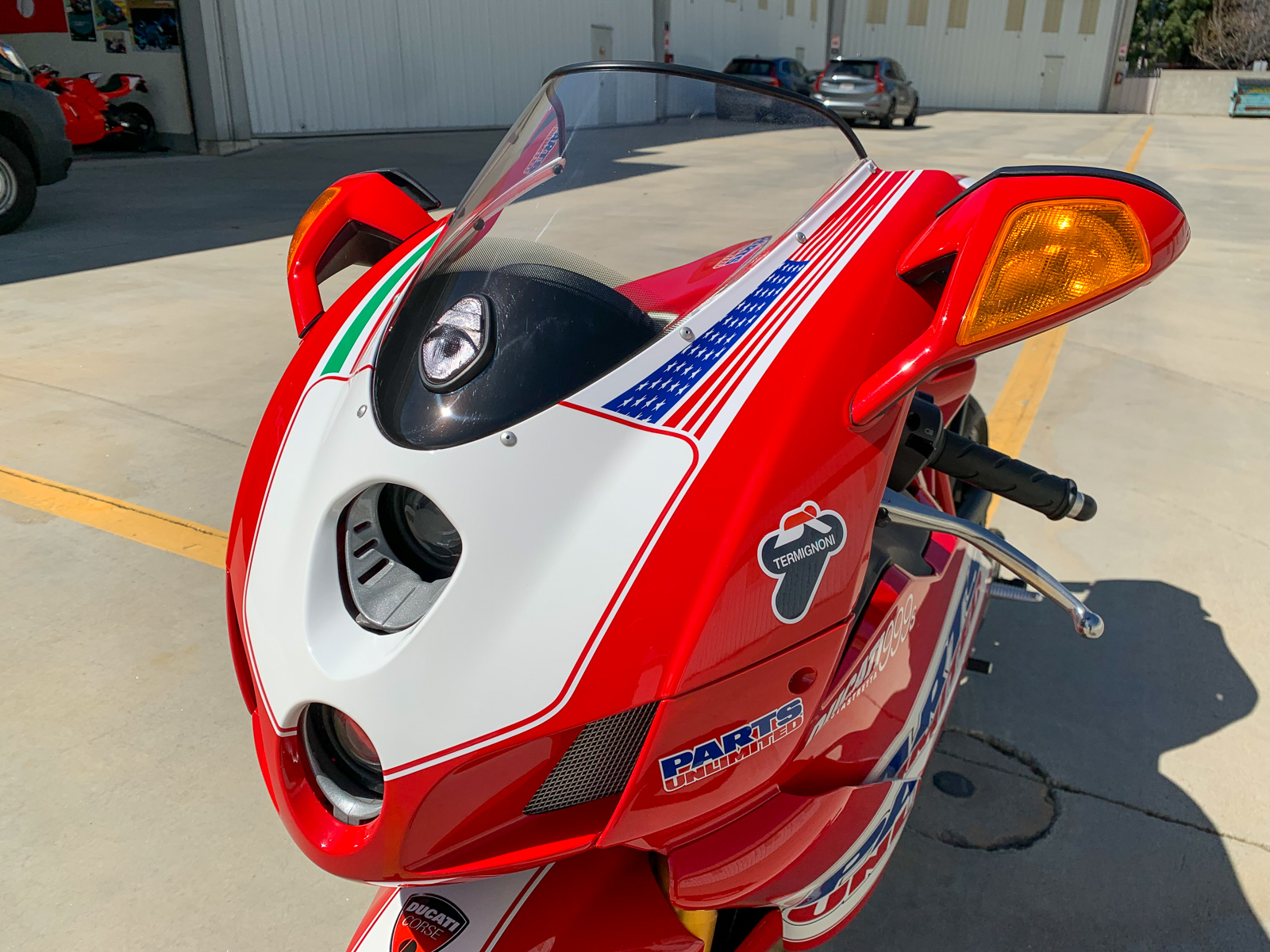 The bikes were initially shipped to dealers without the tail pieces – Ducati had Bostrom and Hodgson both sign each of the tails, then shipped the pieces off to dealerships to be installed on the Team USA Replicas. 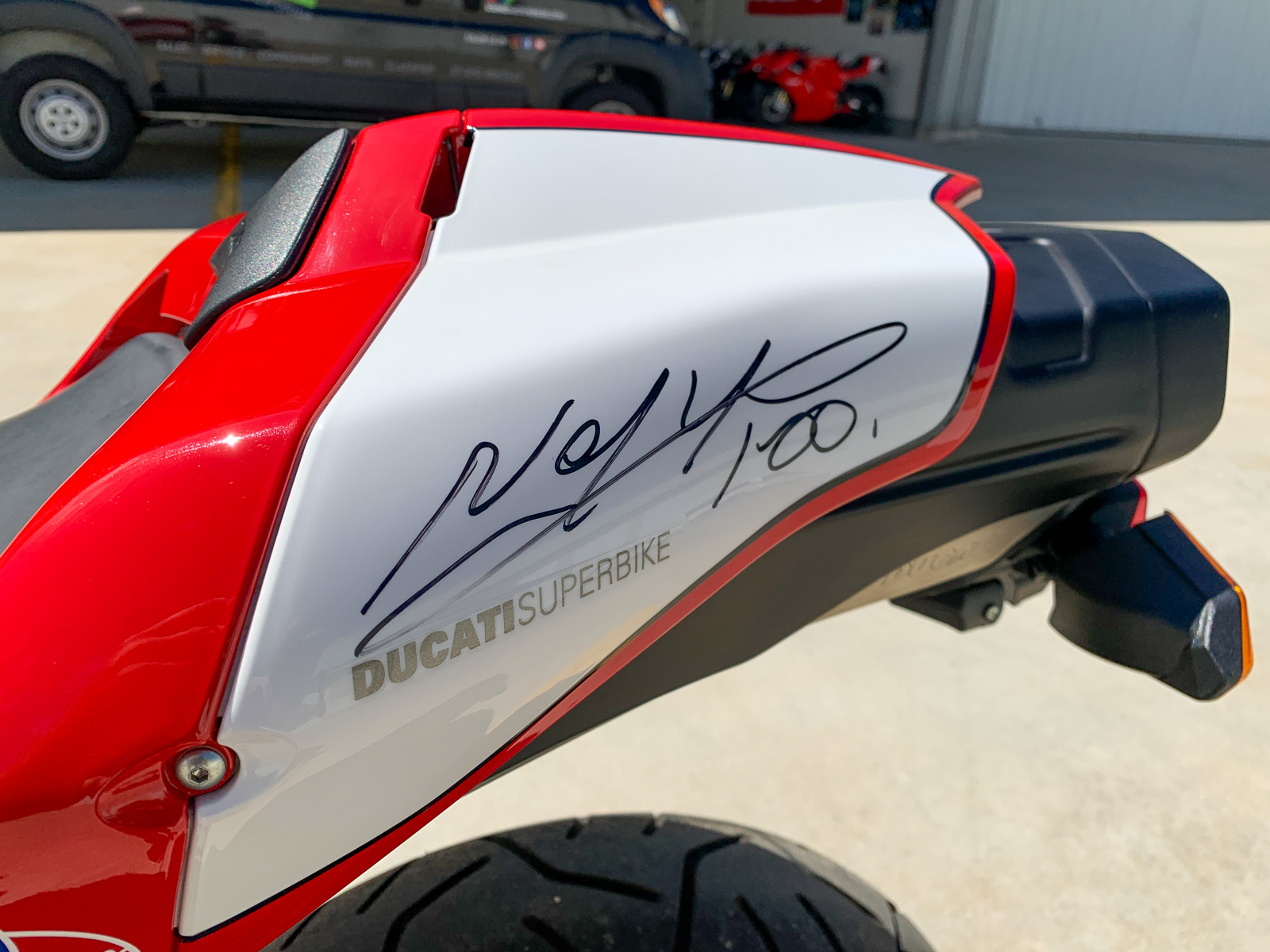 Even though the actual Parts Unlimited bike had factory support and utilized R engines, this replica was mechanically identical to the S, and instead got custom graphics and the signatures on the tail. The S model still got you some wonderful factory equipment, such as a bump to 143 horsepower, radially-mounted Brembo brakes, Marchesini wheels, and Ohlins suspension front and rear.

This example (VIN: ZDM1UB5V67B018160) has been professionally winterized and is said to be in “museum-like condition” with just 243 miles on the odometer. 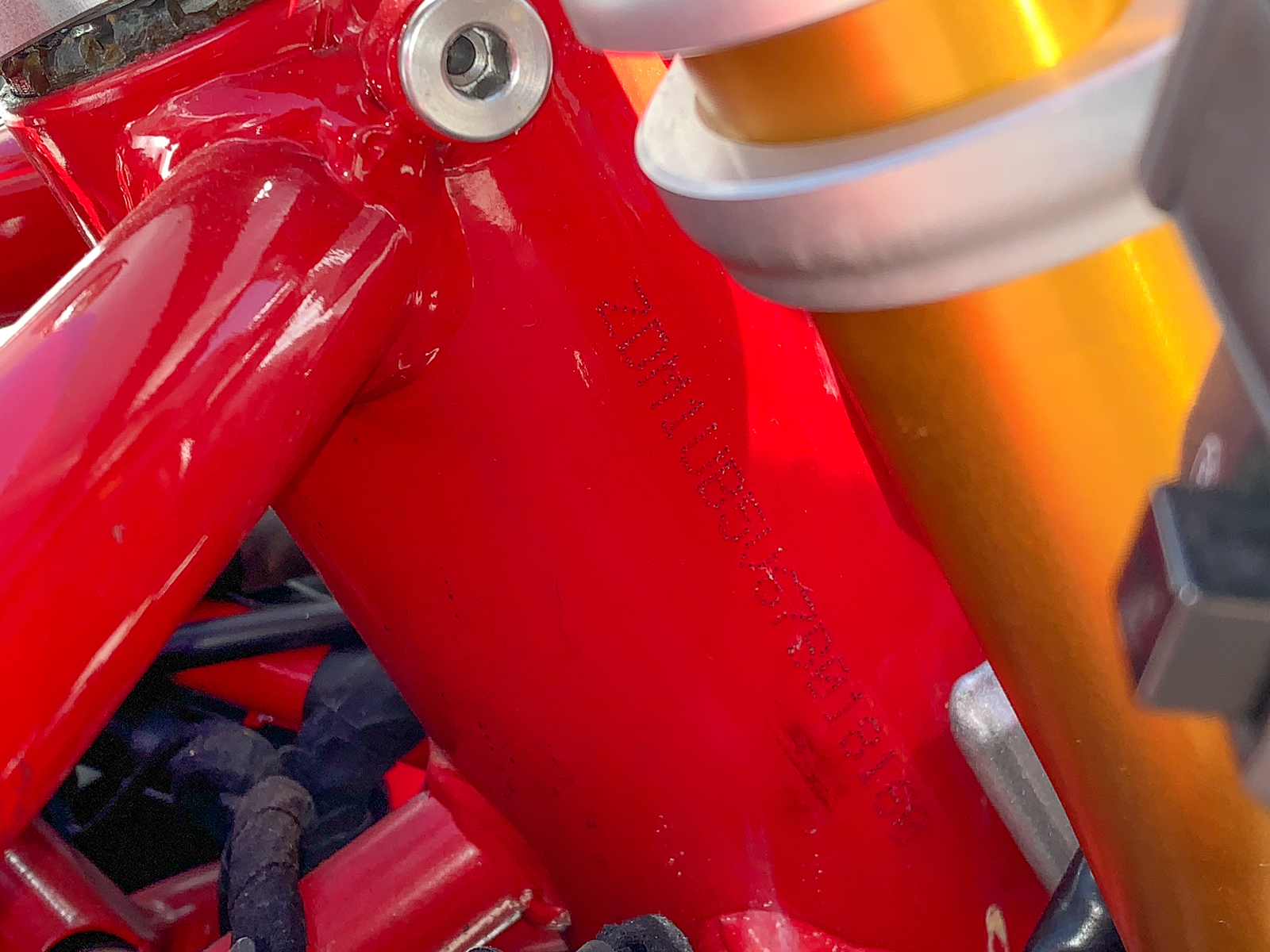 The seller acquired it 5 years ago from a private collector and did not put any miles on it.

We note two minor cosmetic issues – a scratch on the top right corner of the exhaust and some rub marks on the top of the right mirror housing.

The license plate mount is not shown in photos but it is included in the sale, as well as a Ducati Performance cover.

He is letting this Ducati go as he is moving out of the country. The bike has been stored dry with silicone spray applied to the plastic parts, and the seller turned the engine over approximately every 6 months. It is completely stock with no known cosmetic or mechanical issues.

I hear you but there were only 150 made for the entire world and with such low miles, most certainly a collectible. Even the Bostrom bikes were limited but what people don’t realize is the triple says USA so they had allocations for other countries. We just work off our 7% margin and a small seller fee when at our building so we ask what the seller requests. My opinion….I think he’s pretty spot on as I don’t know another with this low of mileage and this clean. We always welcome the feedback.

Yea, I get it. I just can’t imagine anyone with money for a fila buying a parts unlimited. Not to be Debbie downer. Huge 999 fan. Sticker kit just doesn’t drive price up to me. I see r models not race replica all day at 11-12 now. Just doesn’t seem right. Plus the whole 999 series is just rare in the us, as you know. Every Ducati was rare in those days 🤣