Click here for an CycleVIN Motorcycle History Report on this Bimota Tesi 3D. Additional photos are available here for your perusal.

Tesi is Italian for “thesis”, and the name reflects that this bike started as a thesis project by Pierluigi Marconi exploring hub-center steering for his mechanical engineering degree.

The first generation was the 1D, which utilized the 93 horsepower twin from the Ducati 851. By the third generation (3D), the Ducati-built heart was the 1,078cc dual spark engine found in machines like the Multistrada 1100 and Hypermotard 1100 (rated for 97 horsepower in the Tesi).

The 3D was a vast improvement of the 2D: Blake Conner of Cycle World said “I was amazed by how much more responsive the front end was compared to the 2D.” Alan Cathcart said the “third time’s the charm” in a Motorcycle.com review.

The air-cooled motor didn’t have much mass to move around – Bimota claimed a dry weight of just 370 pounds thanks to the high spec components and extensive use of carbon fiber.

The initial run of Tesi 3Ds was called the Concept Limited Edition, and they were differentiated by carbon fiber tie rods, CNC-machined master cylinder reservoirs, and a wet clutch. Some sources state that there are just 29 of the Limited Editions – this is #13.

The seller acquired it in the spring of 2010 with 28 miles on the clock. He considered it too beautiful to ride so he only rode it twice and left it in climate controlled storage otherwise. He lost his leg a while back so he hasn’t been able to ride it and turned it into a display piece that he sat on occasionally. The odometer shows just 137.7 miles. It has been on display and the seller is offering it as a collectible or stationary motorcycle due to the low mileage and rarity.

If the next owner is interested in riding it, it would need new belts, fluid flush, a battery, and possibly a couple of hoses. The seller used Armor All on the tires to keep them from cracking – they will also need to be replaced before it hits the road again. Our White Glove service would be glad to take care of all of that for the auction winner if desired. 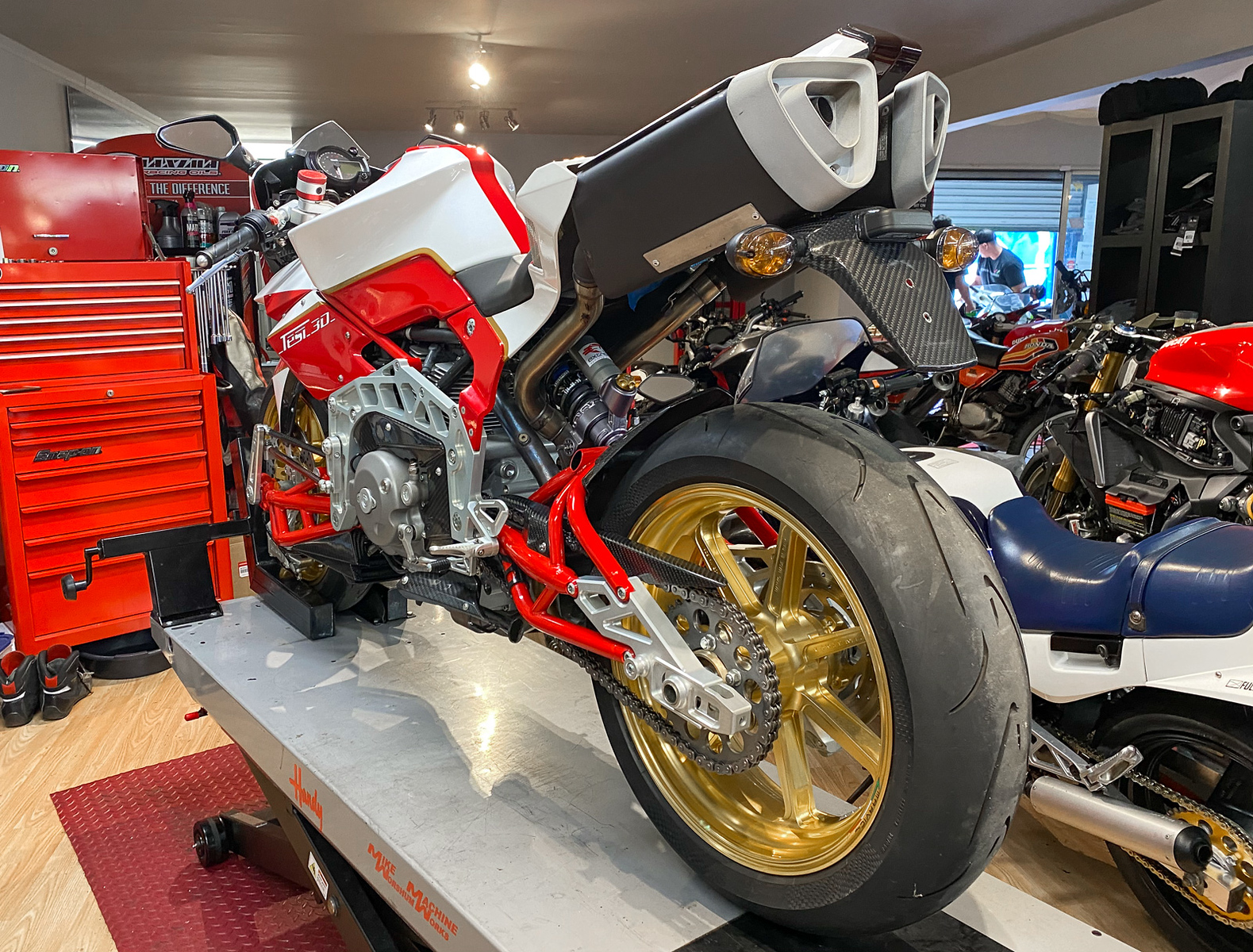 Currently located at our facility in Santa Monica, California (please schedule an appointment for a viewing), this Tesi 3D is offered on a clean Oklahoma title.

Have any Tesi 3D stories or questions about this listing? Let us know in the comments below!

Does this bike have a CA Emissions sticker on it? Great bike but without it registration won’t be possible in California with under 7500 miles. Fingers crossed it has the sticker.

It does not appear to, however we’ll be able to confirm that tomorrow.

Nick, thanks for your patience. We are not able to find a California-specific emissions sticker, just federal compliance.