Click here for an CycleVIN Motorcycle History Report on this 2008 Ducati Desmosedici RR. Additional photos are available here for your perusal.

In 2007, Casey Stoner won his first MotoGP World Championship aboard Ducati’s V4 Desmosedici racer. That same year, the Bologna brand would unleash one of, if not the most exotic and elite production motorcycle of the last 20 years with the Desmosedici D16RR (or “Race Replica”). Limited to just 1,500 units worldwide, the ultra-exclusive two-wheeler was the closest thing the public had ever seen to a MotoGP bike with headlights for sale.

While the D16RR is often referred to as a “detuned version” of the Italian prototype racer, it actually featured an all-new 989cc, 90-degree V4 with gear-driven cams, twin-pulse firing order, Desmo valve actuation, single-piece forged steel crankshaft, and sand-cast aluminum crankcases and cylinder heads. The RR was good for close to 200hp and 85ft-lbs of torque when equipped with the special race ECU and exhaust system which was included with each bike. In road-going trim, it was still capable of putting down 180 horses. Top speed was an equally impressive 190 mph thanks to a dry weight of only 377 lbs (425 lbs wet). 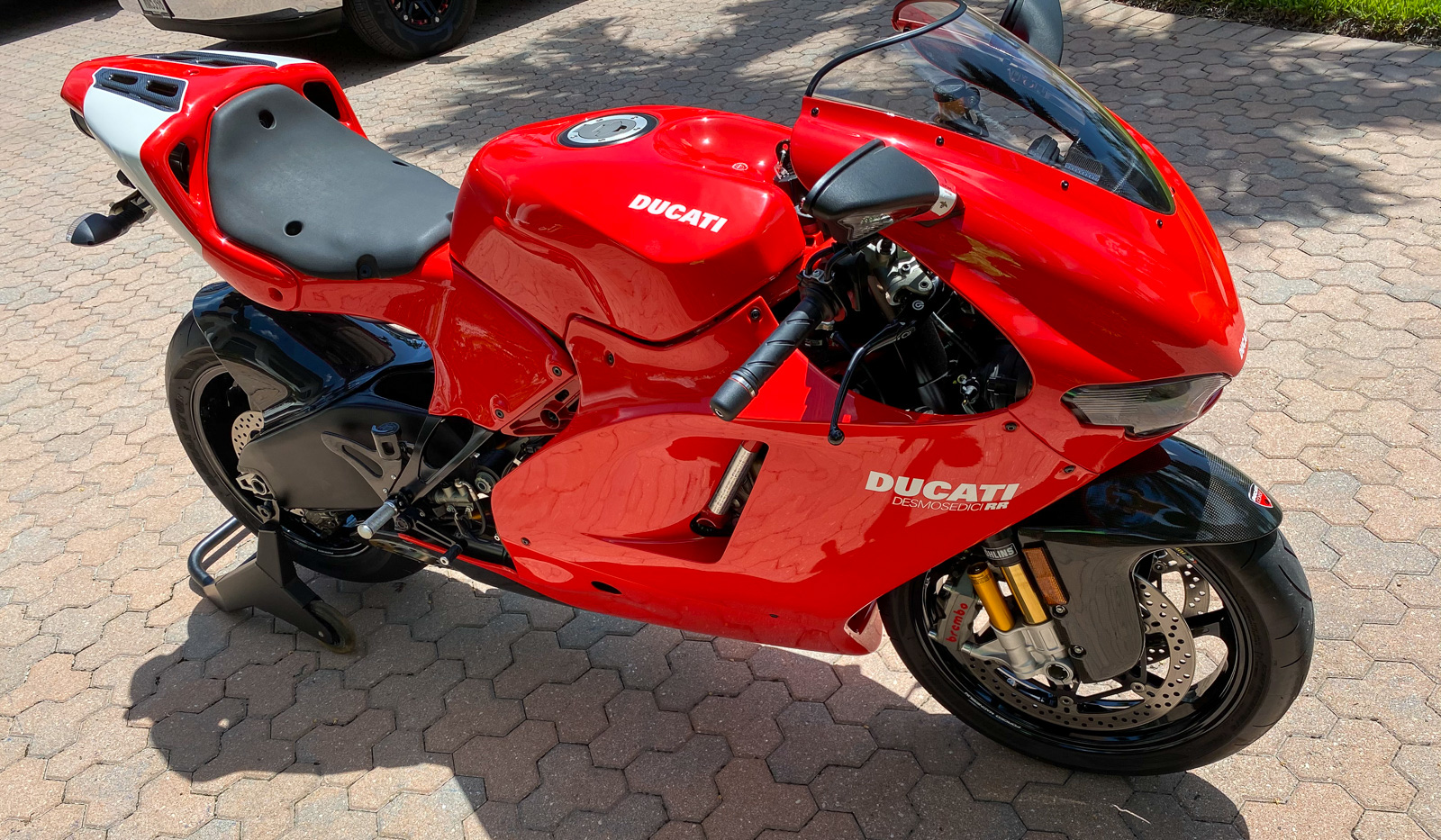 The bodywork, heel-guards, fenders, fairing bracket, and subframe are comprised of carbon fiber, while the exhaust heat-shield is made from a carbon-ceramic composite.

Ducati’s MotoGP bike for the street also utilized a steel trellis frame derived from the brand’s premier class racer, and even the LCD display was plucked straight off the GP7. The whole thing rolls along on $20K Marchesini forged and machined magnesium wheels wrapped in special Bridgestone rubber developed exclusively for the D16RR. As one would expect on a motorcycle with a $70K+ sticker price, the fit and finish on the Desmo RR is absolutely exquisite. Each of the 1,500 units was built by hand by a special team and each example bares a numbered plaque.

The seller bought this in 2013 from a friend in Chicago, Illinois who was the original owner. It had 1,700 miles at that time. The odometer now shows 2,428 miles. 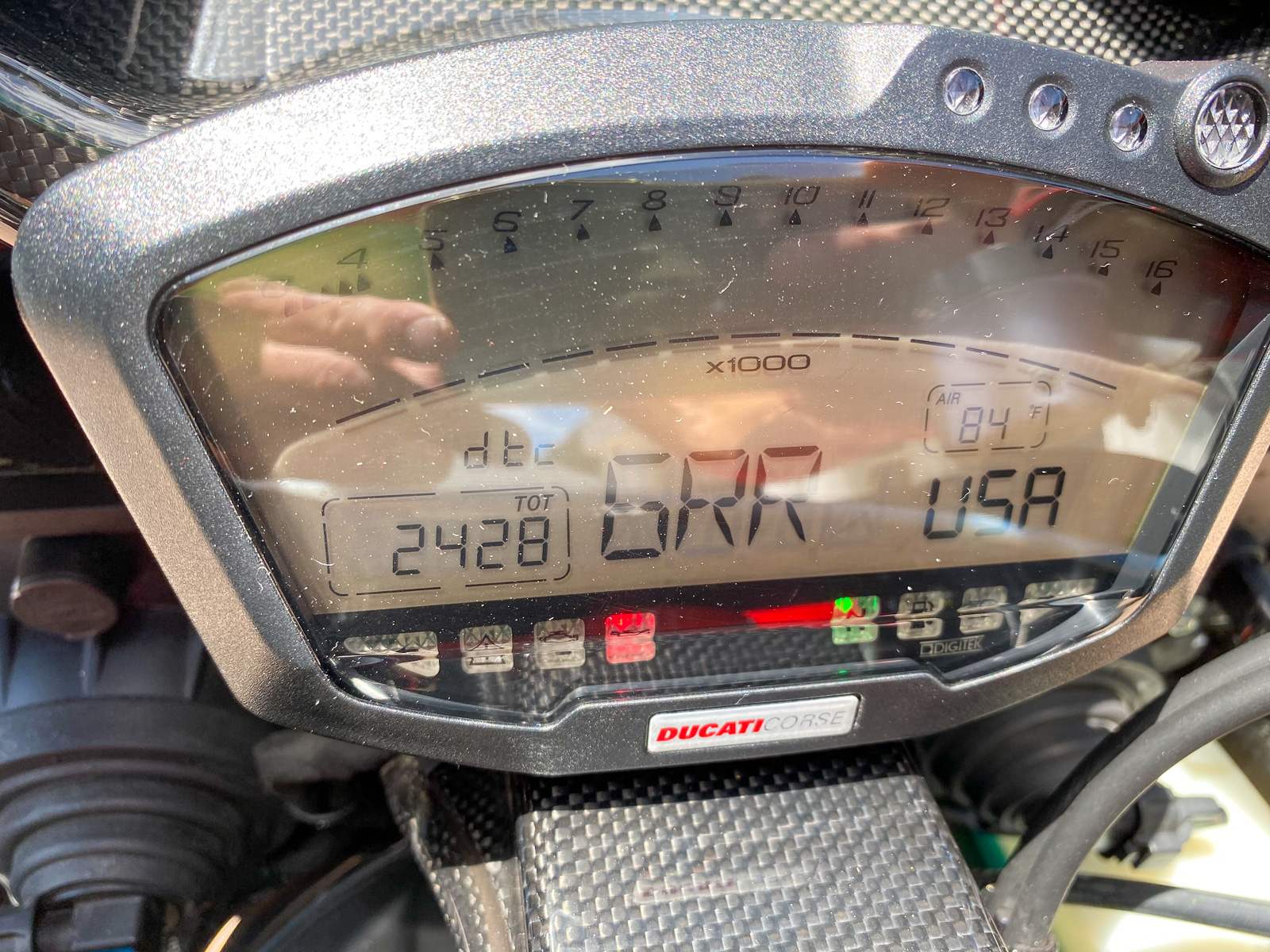 The original owner bought the full Termignoni GP7 titanium exhaust, as well as the corresponding race ECU and the bellypan and tail sections that allow the exhaust to fit and had the dealership install everything before he took delivery.

The stock exhaust and ECU are included.

The stock bellypan and tail are also included and are currently shrink wrapped. 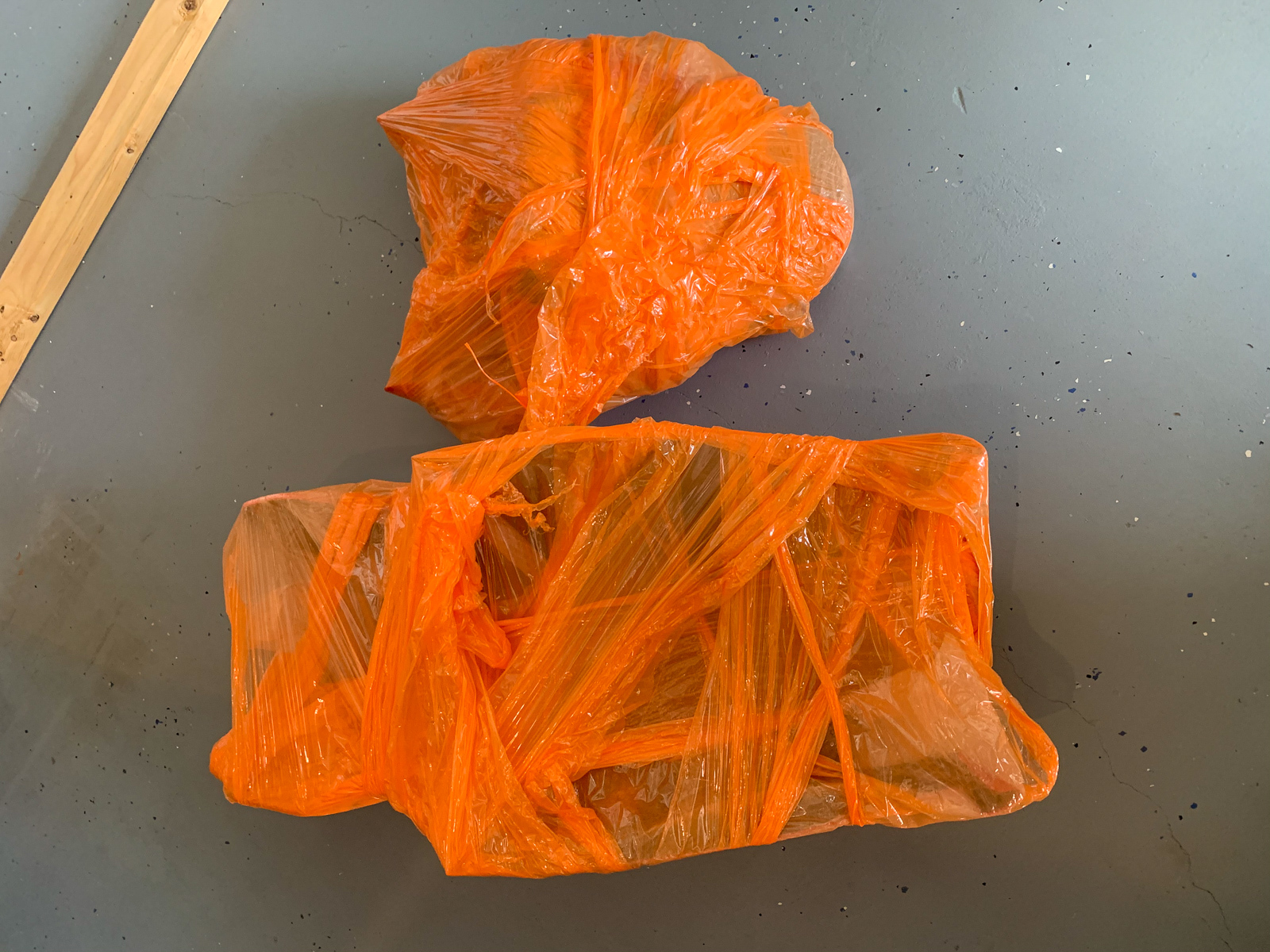 In February of 2020, it received an oil change, chain clean, and chain lube. It also got a new battery in November of 2019. The rear tire was replaced 18 months ago and has approximately 100 miles on it, and the seller thinks that the front tire may be original. 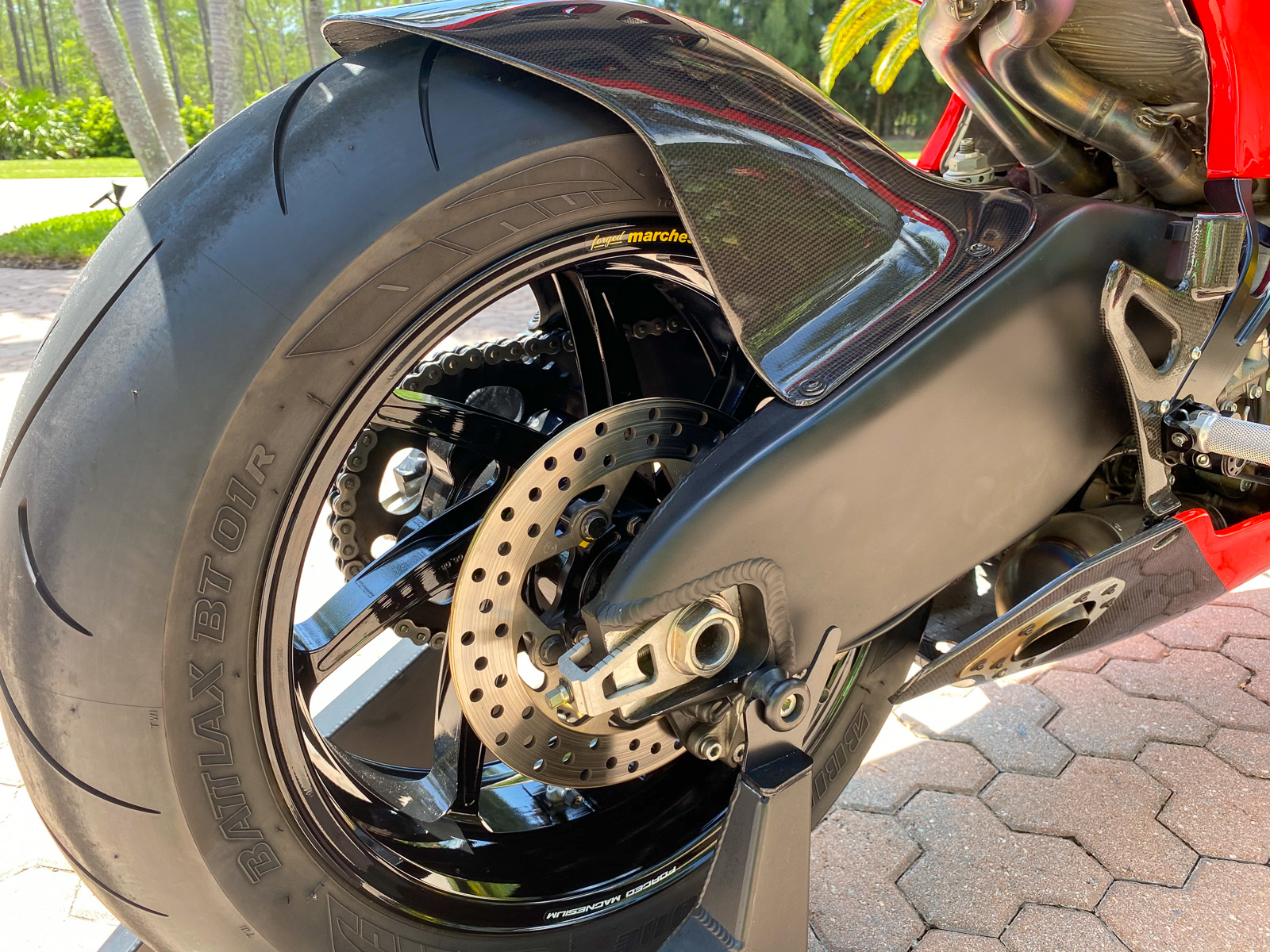 The sale includes the original cover as well as the OEM rear stand.

This beautiful Desmosedici is ready to show or ride!

After the auction ended, the seller and high bidder agreed on a price of $61,132.50 including buyer’s fee. Congratulations!

Seller, are you keeping your 2nd RR?

Just dropped him a call, he’s keeping the other one 🙂

In terms of registering in CA; the CA DMV requires a 50 State Emissions label, I’m thinking this is the only thing your lovely scoot is missing…