Additional photos of this Hypermotard 1100S are available here for your perusal. 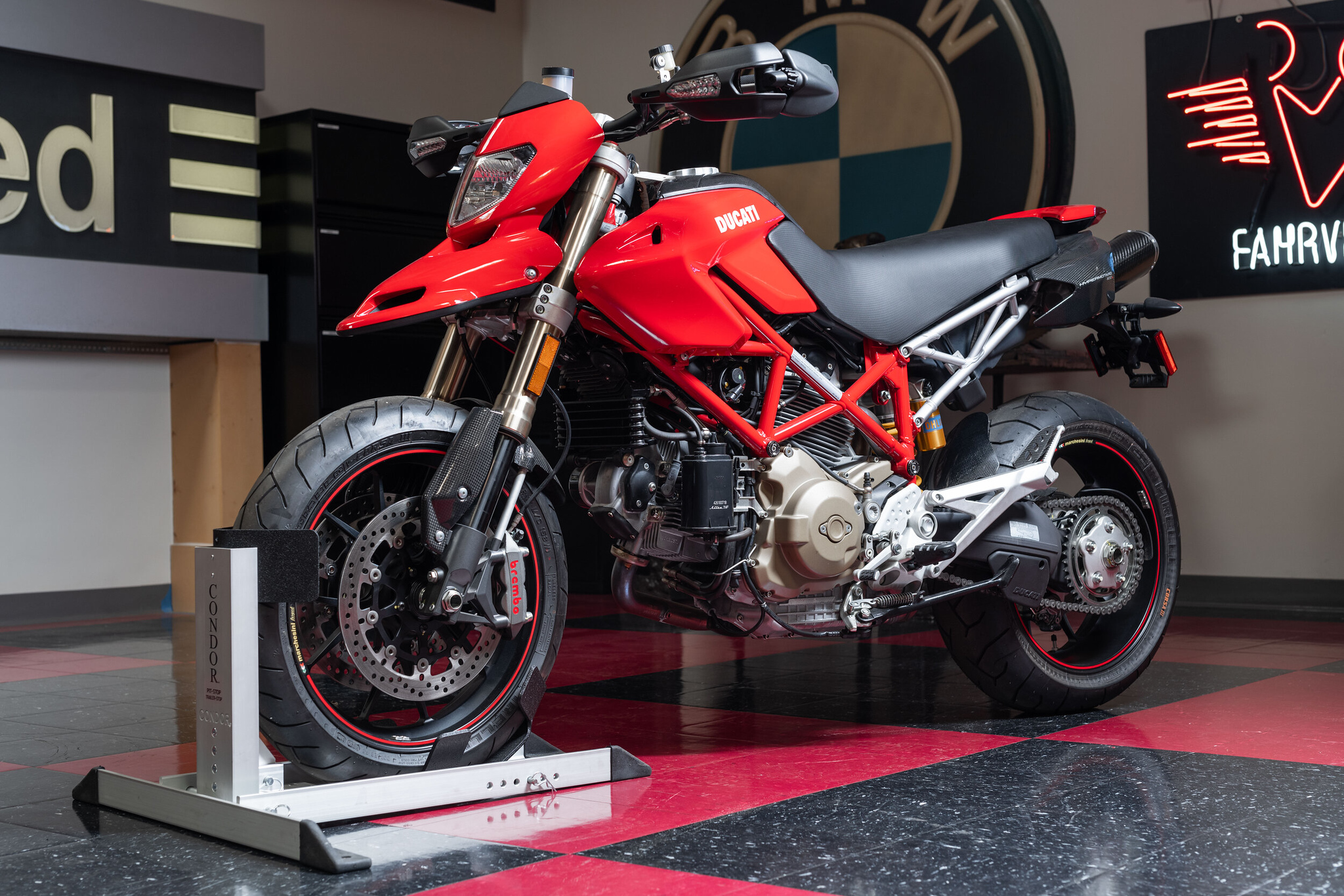 In 1926, Antonio Cavalieri Ducati and his three sons, Adriano, Marcello, and Bruno Cavalieri Ducati founded Società Scientifica Radio Brevetti Ducati in Bologna to produce vacuum tubes, condensers and other radio components. In 1935 they had become successful enough to enable construction of a new factory in the Borgo Panigale area of the city. Meanwhile, at the small Turinese firm SIATA (Societa Italiana per Applicazioni Tecniche Auto-Aviatorie), Aldo Farinelli began developing a small pushrod engine for mounting on bicycles. Barely a month after the official liberation of Italy in 1944, SIATA announced its intention to sell this engine, called the “Cucciolo” (Italian for “puppy,” in reference to the distinctive exhaust sound) to the public. In 1950, after more than 200,000 Cucciolos had been sold, in collaboration with SIATA, the Ducati firm finally offered its own Cucciolo-based motorcycle. By 1954, Ducati Meccanica SpA had increased production to 120 bikes a day.

In the 1960s, Ducati earned its place in motorcycling history by producing the fastest 250 cc road bike then available, the Mach 1. In the 1970s Ducati began producing large-displacement V-twin motorcycles and in 1973, released a V-twin with the trademarked desmodromic valve design.

Which brings us to this beautiful 2008 Ducati Hypermotard 1100S for sale. Those who are not familiar with this monster motard, here’s the short version: Ducati designer Pierre Terblanche, Ducati designer pitched management on an extreme street fighter — street performance in a new aesthetic package in the spring of 2005. The concept bike debuted that fall in Milan. Based on the hugely positive reaction the bike received from motorcyclists around the world, company president Federico Minoli green-lighted the project immediately.

Similar in many respects (steering geometry, wheelbase, seat height, and suspension travel) to the award winning Multistrada, the Hypermotard has changed little since its first appearance. The LED front turn indicators were relocated from the backs of the folding, handlebar-end-mounted mirrors to the neighboring hand guards; the wide, tubular handlebar was raised; the gas tank was widened by half an inch to allow a fuel capacity of nearly 3.3 gallons; the single 320mm front brake rotor was replaced with a pair of 305mm semi-floating discs; and the taillight was mounted higher to meet homologation standards. 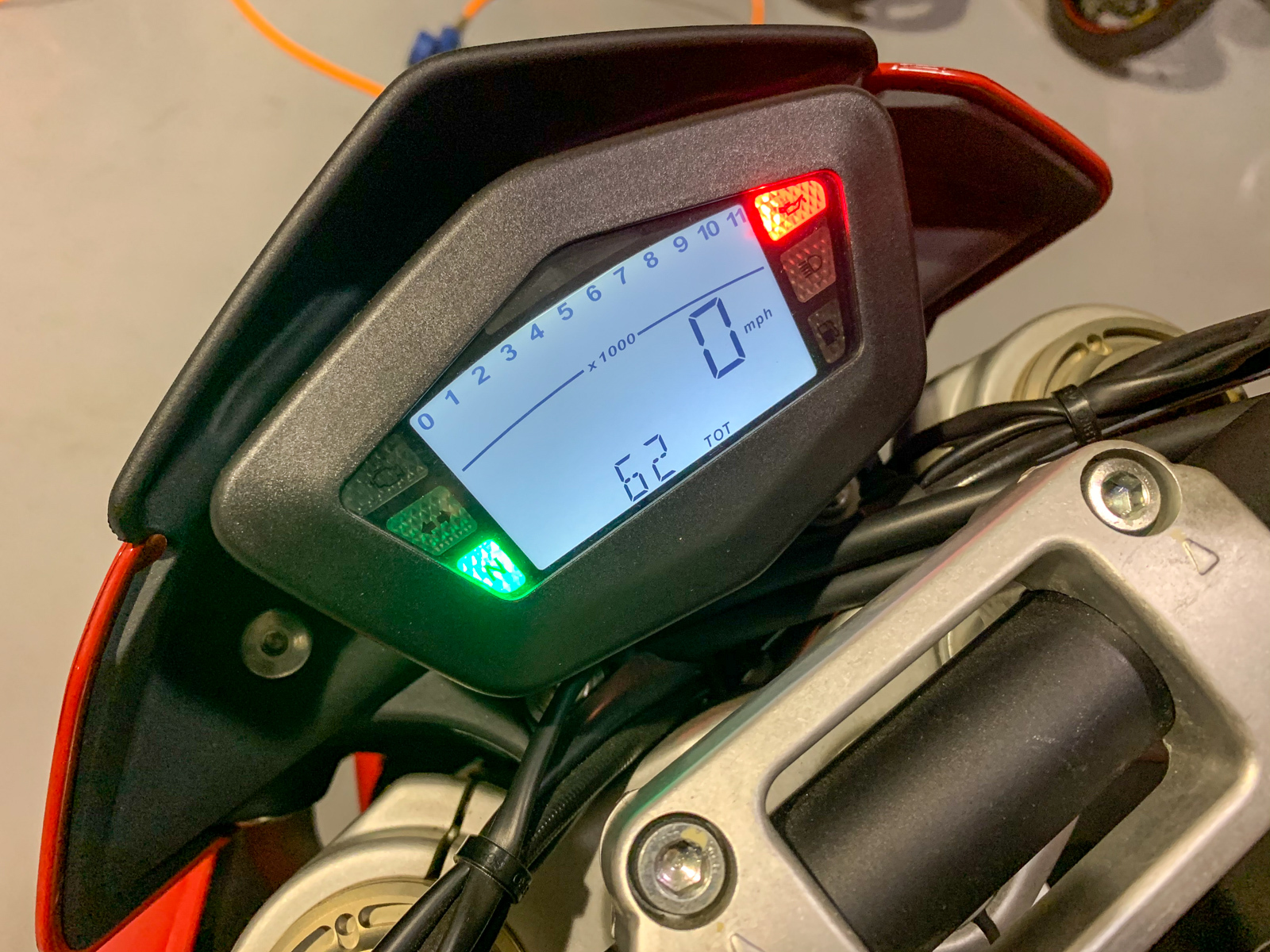 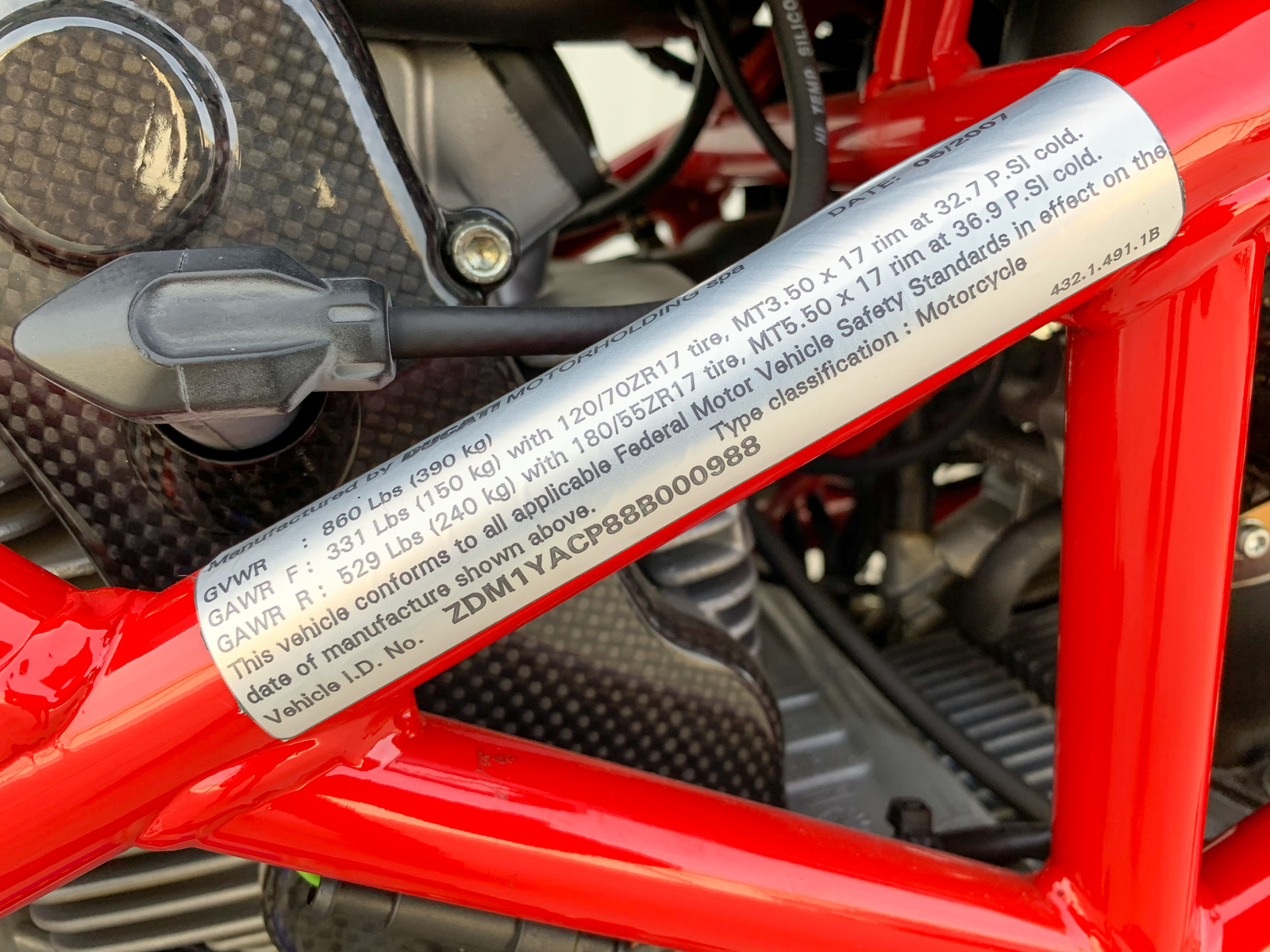 Five months after this Hypermotard was purchased, the seller went back to Del Amo for $3,965.32 of parts (plus $1,130.60 of labor) which included a titanium clutch cover, CRG levers, rear mudguard, 2 passenger heel guards, upgraded cams, carbon fiber tank cover, clutch cover, and the Termignoni slip on carbon fiber exhaust.

The original parts (and some extras) are included:

The Hypermotard has evolved over the years, but many people like the 1100 generation the most as it still featured the air-cooled motor. This S model makes things even better with this hybrid between a sportbike and a supermoto.

On a personal note, the Hypermotard is responsible for one of the greatest photos we’ve ever seen of a motorcycle – Ruben Xaus backing it in while giving a thumbs up to the camera: