Click here for an CycleVIN Motorcycle History Report on this 2008 Yamaha R1 FIAT. Additional photos are available here for your perusal.

After debuting a completely new R1 for 2007, Yamaha took it easy for 2008. Mechanically, the machine was left alone, but Yamaha did offer a limited production set of bodywork (380 units) to emulate the YZR-M1 MotoGP racers ridden by Valentino Rossi and Jorge Lorenzo. In his debut season, Lorenzo had 6 podium finishes and a victory in the third round. Rossi absolutely dominated that season with nine wins – he clinched the championship (his sixth) with three races to go.

This R1 (VIN: JYARN20E38A010474) is a rider that was originally purchased in New York, and spent at least the first 7 years of its life there.

The previous owner had it since September of 2017, and he sold it through us in January 2020. The current owner is letting it go as he just bought a newer R1. 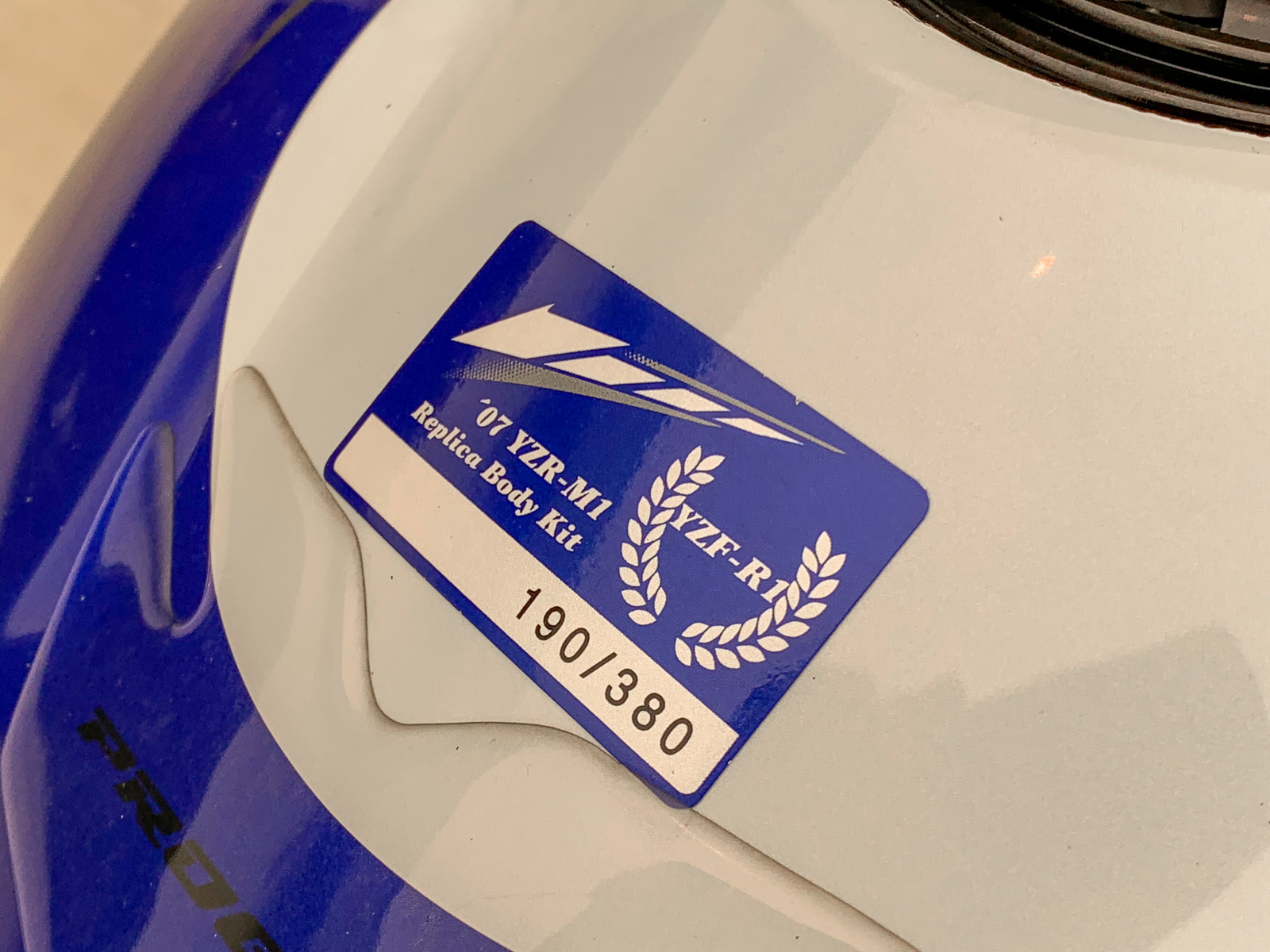 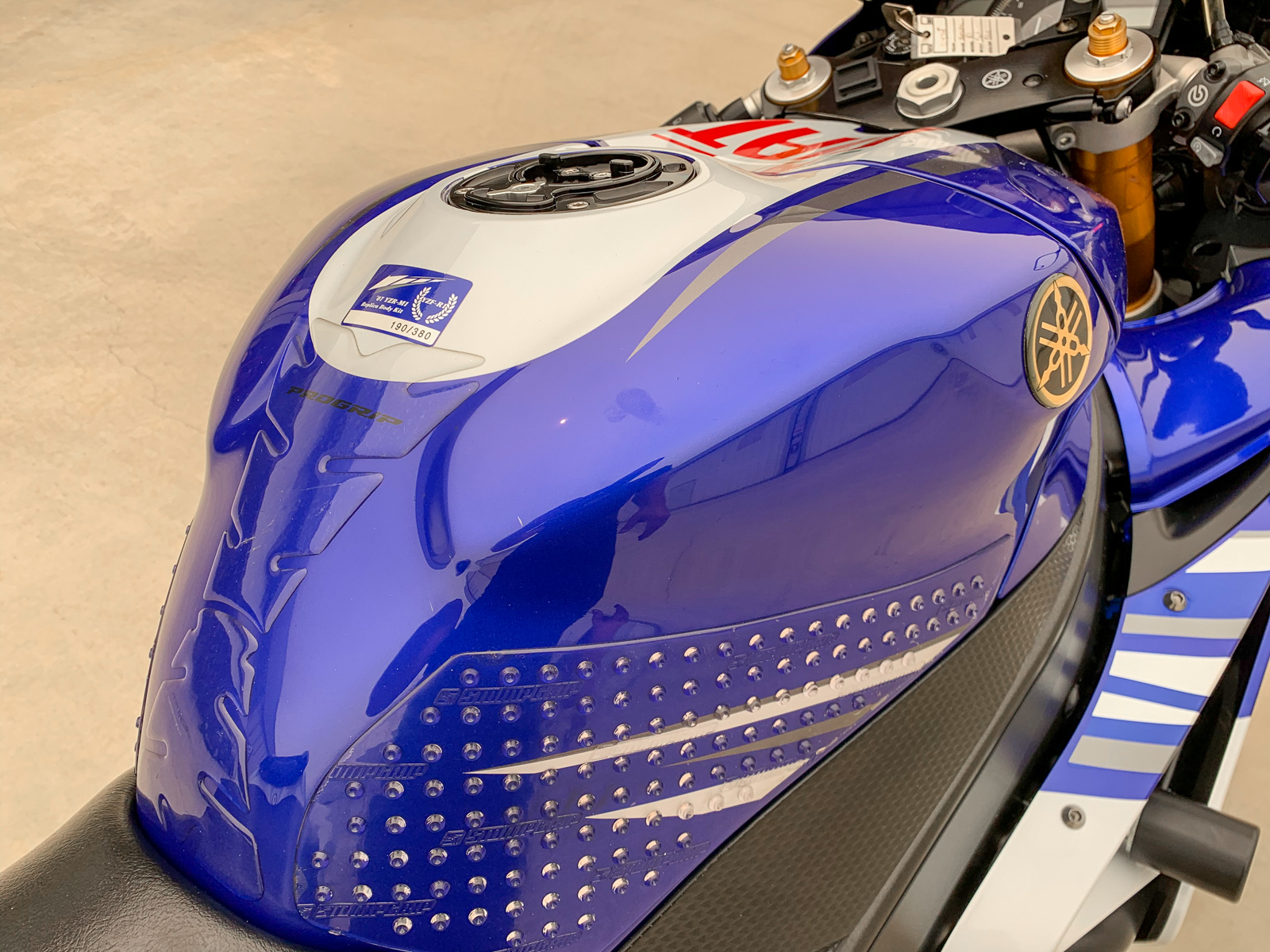 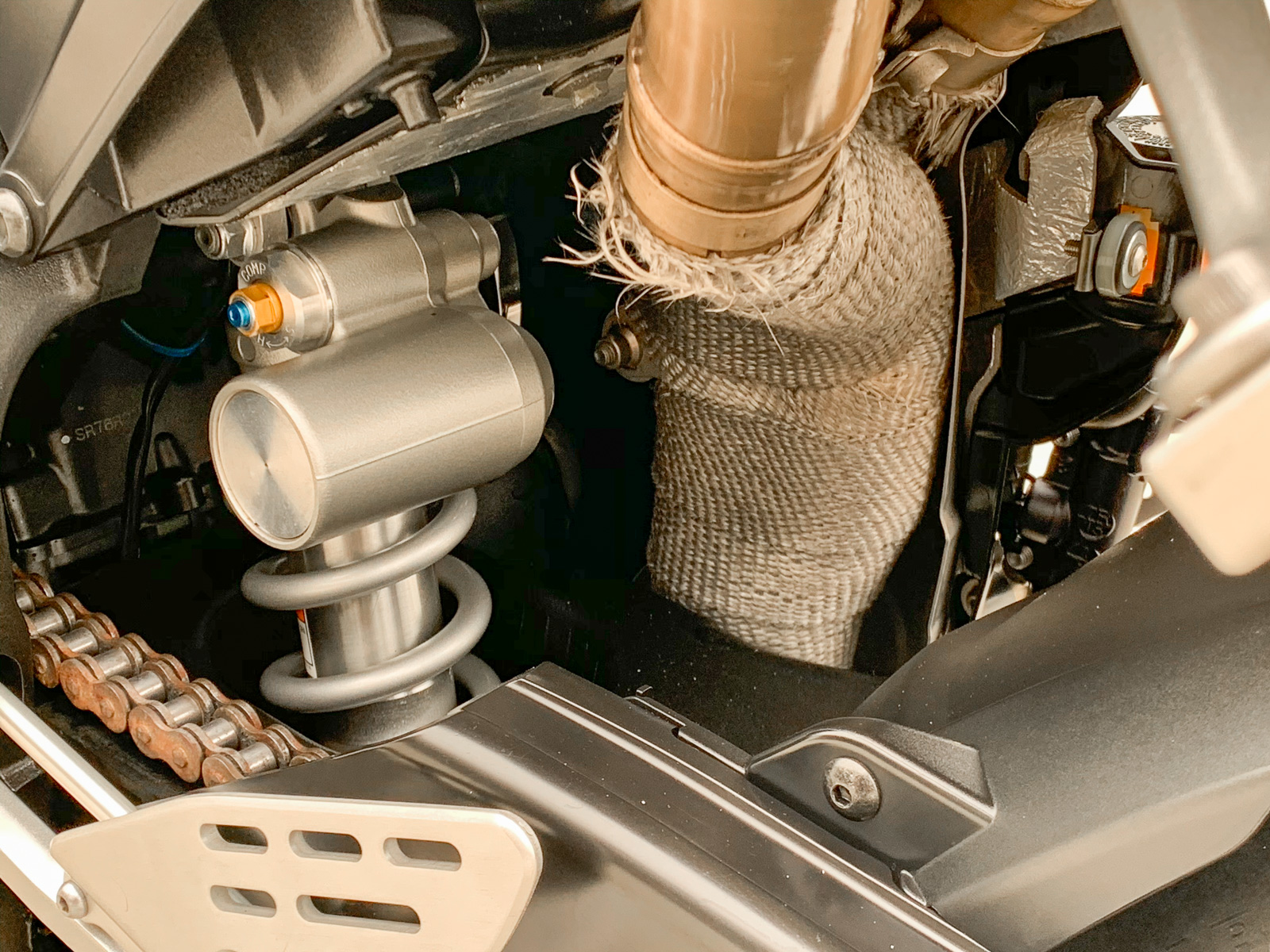 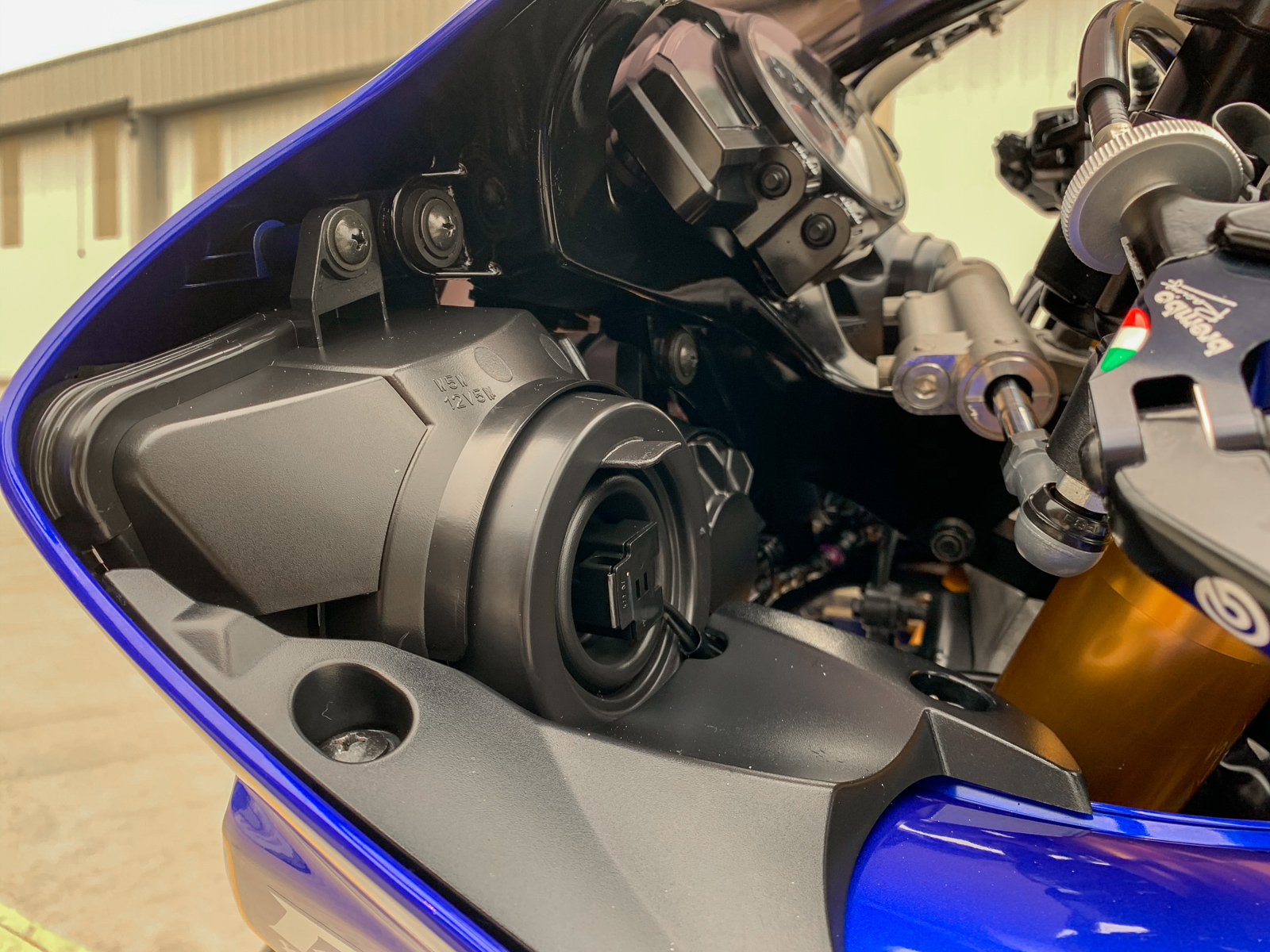 Cosmetic Blemishes:
There are a few scratches throughout – around the gas cap, on the tachometer, the right side tank logo, and both sides of the tail. There’s also grime and wear on the bellypan. Photos of all known cosmetic issues are included in the album above. 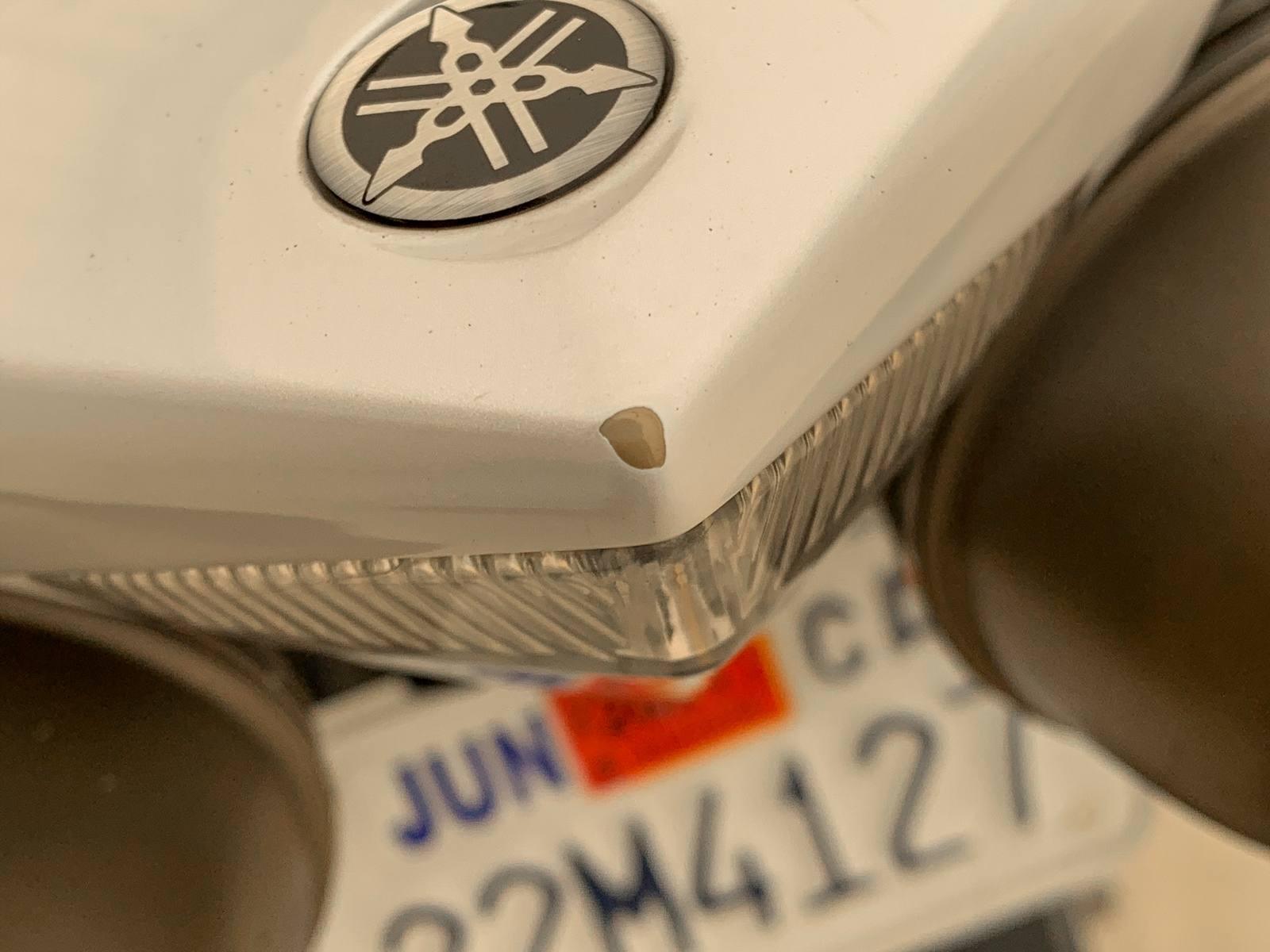 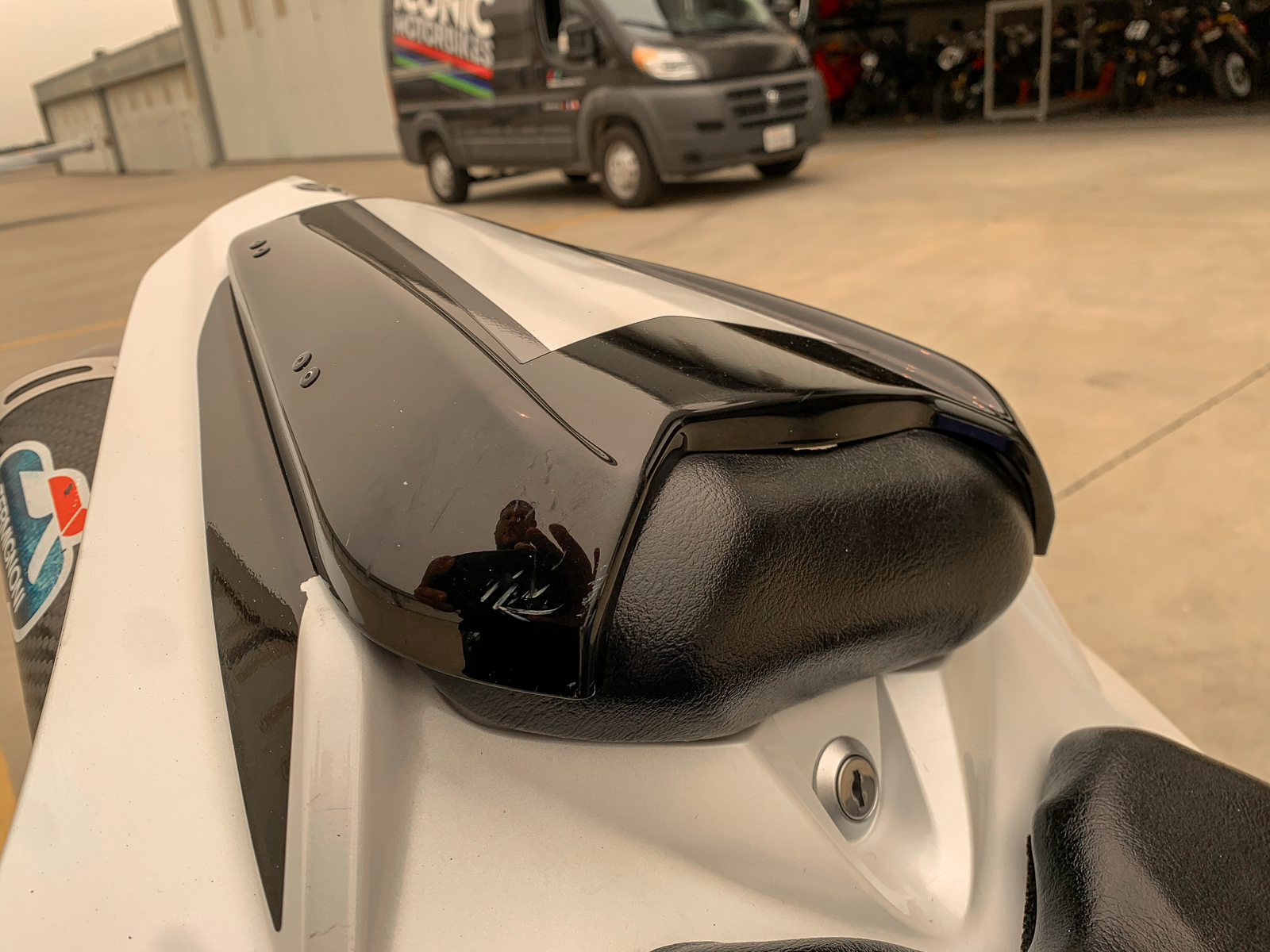 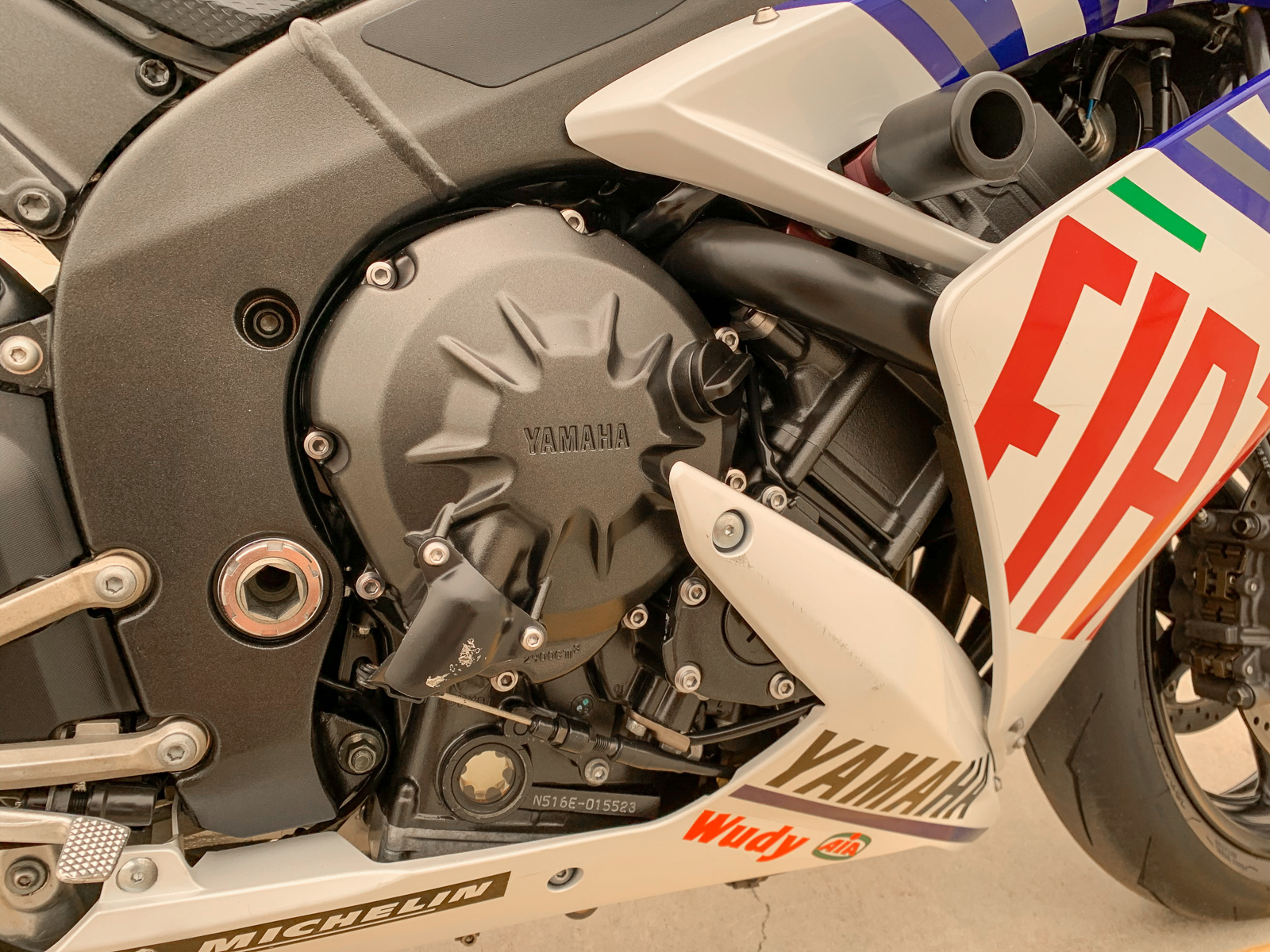 This R1 is perfect for someone who wants a rider that’s got a dash of exclusivity. You might not be as fast as Rossi, but now you can at least look somewhat like him! 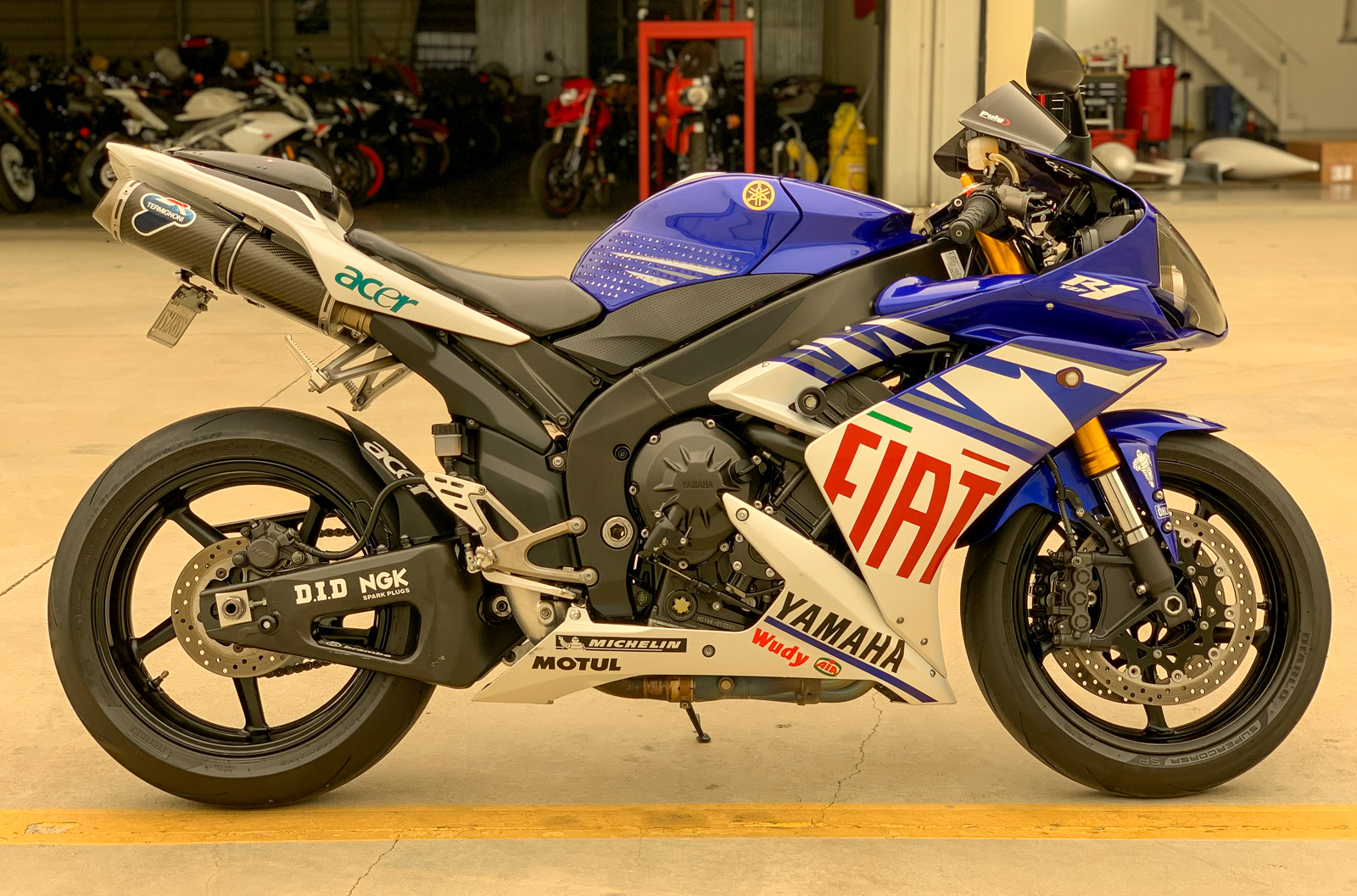 This Yamaha R1 FIAT has met reserve, it will sell!