Click here for an CycleVIN Motorcycle History Report on this 2009 Ducati 1098R Troy Bayliss. Additional photos are available here for your perusal.

The 1098R was the highest-spec version of the bike, with carbon fiber bodywork, Marchesini wheels, Ohlins TTX suspension, and titanium connecting rods/bigger valves/higher-lift cams (good for an additional 10 horsepower) all added to homologate the bike for WSBK racing.

The street bike was surprisingly close to the bike Troy actually raced, the main difference being the pistons. It also had Ducati’s first implementation of traction control on a production bike. It had a separate ECU monitoring acceleration and lean angle and it would cut not just spark, but fuel delivery as well.

Each R came with a ‘race kit’ with carbon fiber Termi slipons and a performance ECU, good for another 6 horsepower (total of 186 at the crank) if you threw them on. 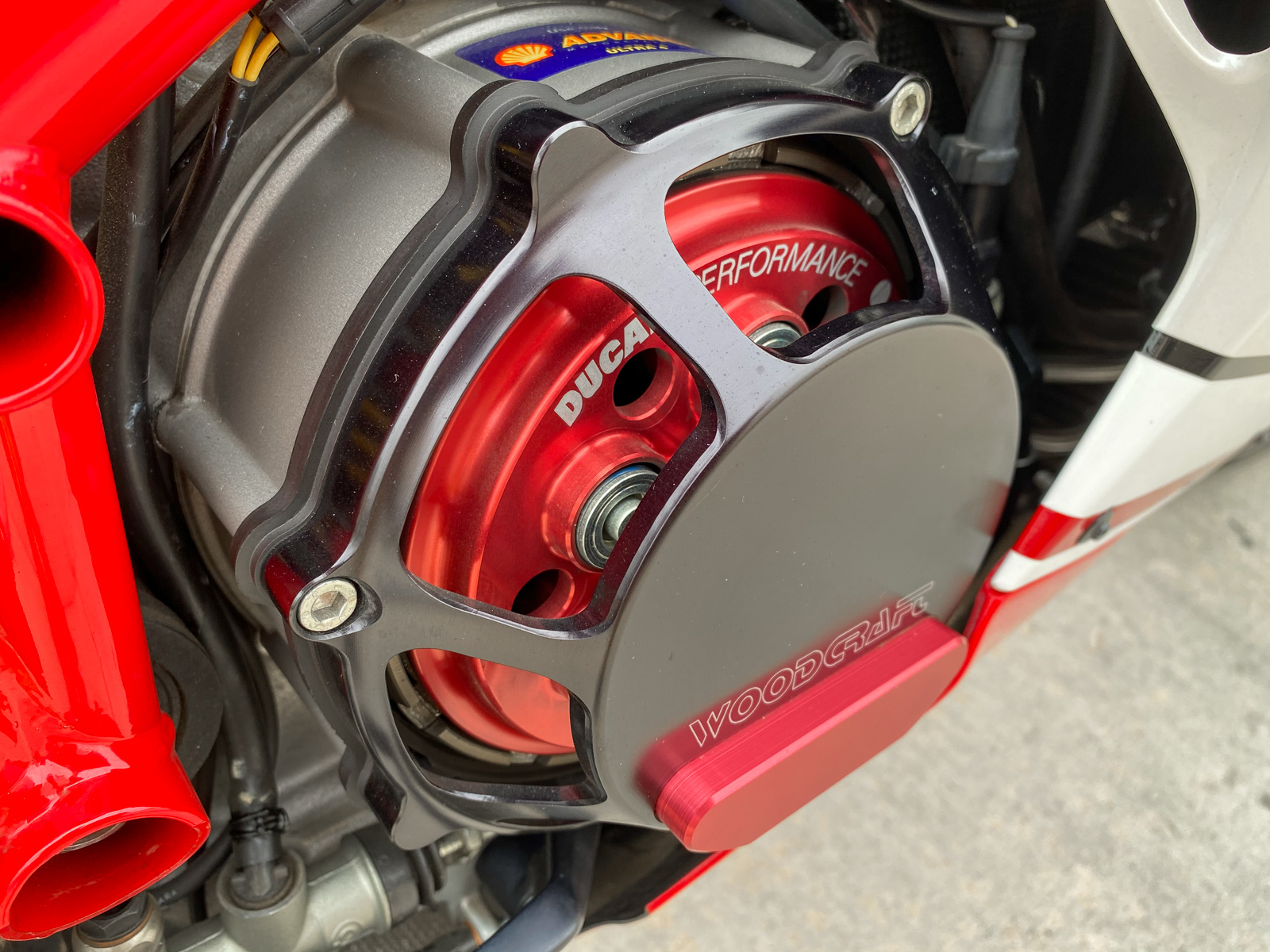 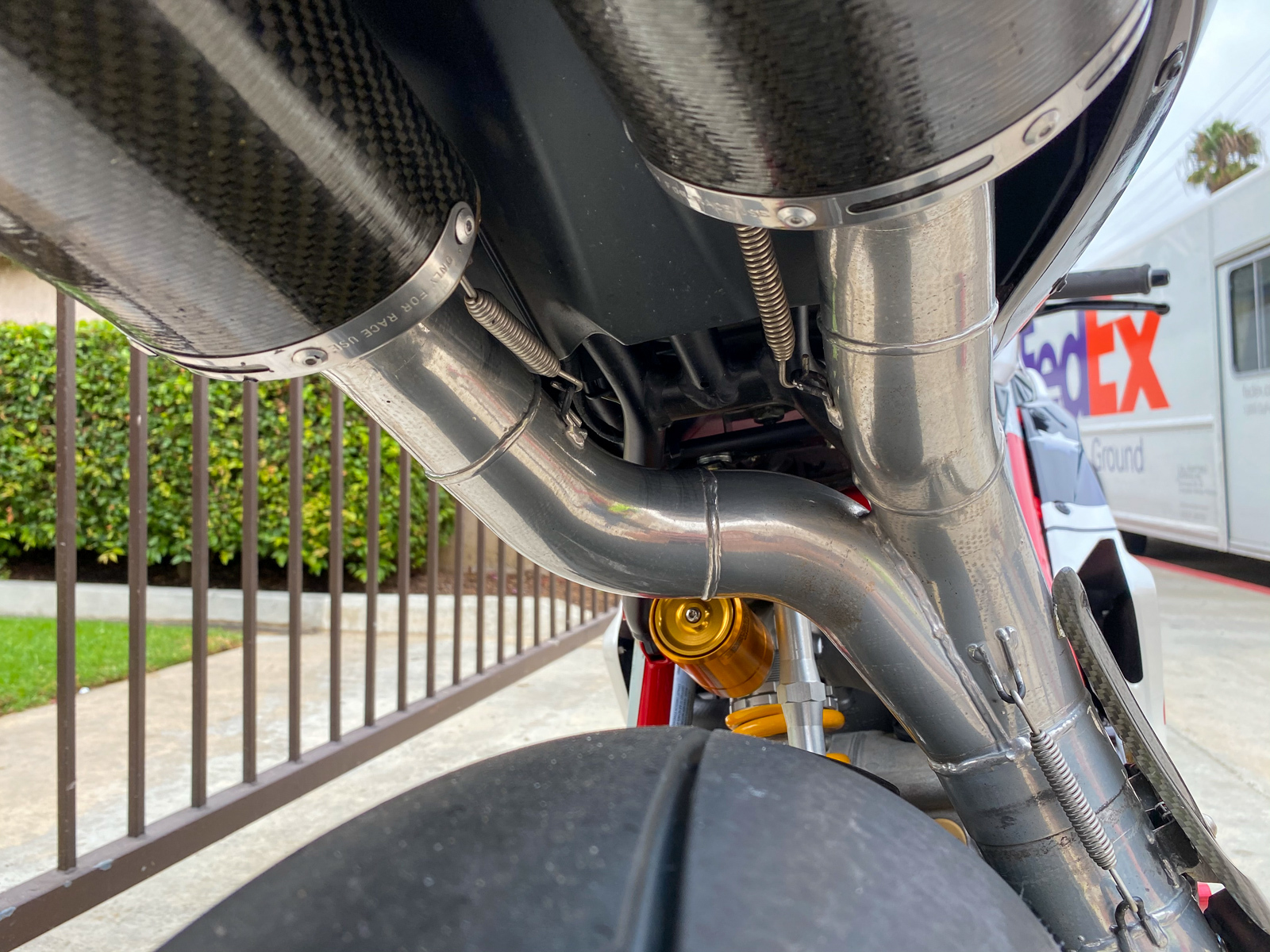 The seller acquired it in 2012 and the bike spent most of its life on display. When the seller sent it to us to prep for auction, he had us replace the belts, fluids, tires, and minor service items. Steve the Professor noted some clutch chatter on a test ride so he pulled it apart, cleaned it, and re-assembled it. We opted to remove heat wrap from the exhaust, which is why you’ll note some stains on the ceramic coating.

The sale includes the Bayliss Cover.

Adam took the bike out for his usual Sunday ride to scrub in the tires and make sure everything works and he absolutely fell in love. The tires now have approximately 75 miles on them. Adam says that “she runs perfect and the bike needs nothing but a new owner. They do run hot, but my goodness they are fun to ride!”

This Ducati 1098R Bayliss has met reserve – it will sell!

Does the Emissions Label say 50 State so it can be registered in CA?

I’ve owned #217 since May 2009. It is an amazing bike to ride. It presently has around 21,000 miles on it and the motor has been flawless; big knock on wood. 😎
The ‘09 Bayliss LE is the crown jewel of the Ducati L-twin generation.

In your 13+ years of use of #217, what is your opinion of the traction control? Thanks!