Additional photos of this Brutale 1078RR are available here for your perusal.

MV debuted the appropriately-named Brutale in 2001 with the Andrea Goggi-developed F4 motor enveloped in an aggressive, naked design penned by Massimo Tamburini. It wasn’t as fast as other 750s of the time, but the styling and handling earned many fans – MCN called it “arguably the most stunning roadster type motorbike anyone can own.”

As it goes in the world of motorcycling, MV continually stuffed larger engines into the Brutale frame – by 2007 the top of the line powerplant was displacing 1,078cc. 2009 was the last year of Tamburini’s design, by which point the motor was putting out stupendous-for-a-naked-bike 154 horsepower through a six-speed transmission. 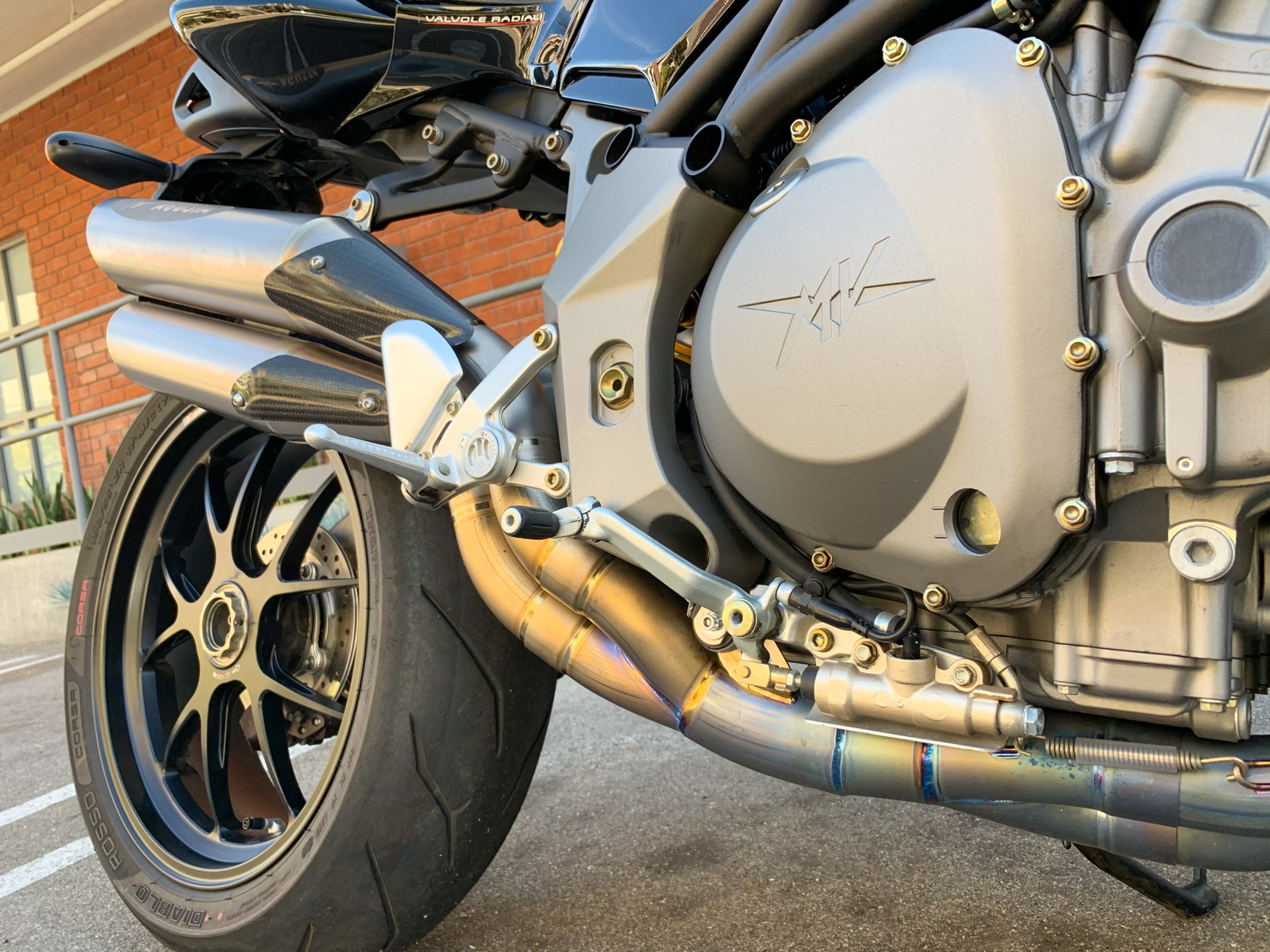 This example (VIN: ZCGJBFVU89V014181) is being offered by a friend of Iconic who has owned the bike for the last six years. We have it on display at our headquarters in Marina del Rey, California for anyone that would like to check it out in person. It shows 3,834 miles on the odometer, and it is on a Michigan title. 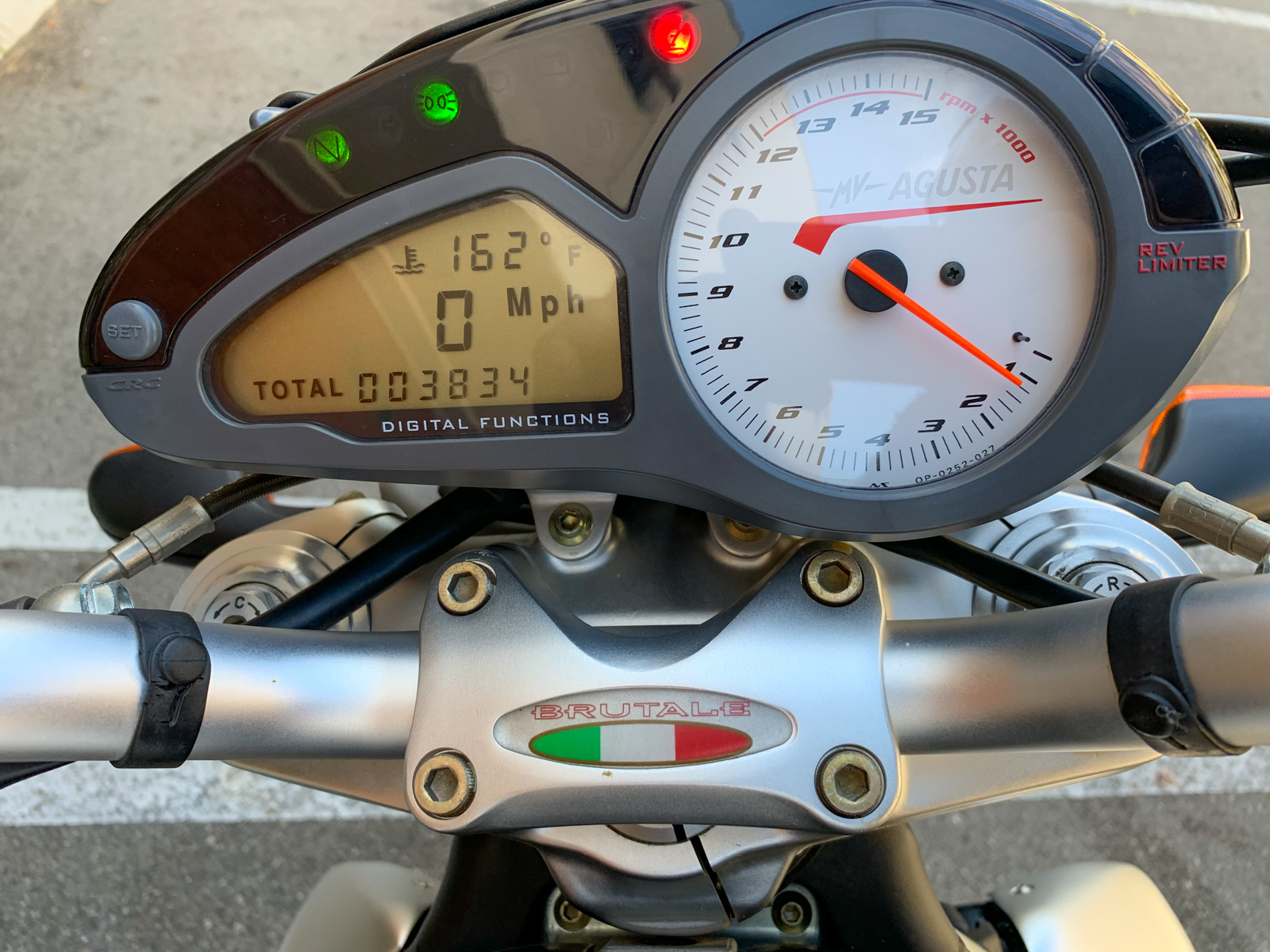 There are a few minor cosmetic issues that have been detailed in the photo album including scratches on the tank, tail, and on the lower triples.

Upgraded goodies include a full titanium MV Agusta Corsa exhaust, Ohlins rear shock, and a Moto Corse titanium ride height adjusting rod. It’s been maintained by Pro Italia and it has a new battery. This beautiful Italian is ready for thousands more miles of wind-in-your-face thrills.