Click here for an CycleVIN Motorcycle History Report on this 2009 Triumph Daytona 675. Additional photos are available here for your perusal.

2009 was an excellent year for the Daytona 675, both on the street and on the track. The race bike (with Augusta Triumph) scored their first pole, podium, and victory, and they went on to win the AMA Pro Moto GT1 championship. A 675 ended up placing fifth in the manufacturer’s championship in World Supersport that year, as well – not bad for their first season! The production bike got a couple of cosmetic changes (new turn signals and a redesigned front fairing), there were several small improvements such as a higher redline (+3 horsepower), taller first gear, and upgraded suspension.

Eventually, Triumph would create a “R” version of the Daytona with upgrades like Brembo brakes and Ohlins suspension – as a 2009 model, this bike (VIN: SMTD00NS19J408978) was too early for those options but the seller has equipped it with an impressive set of upgrades nonetheless. The seller is the 71 year-old original owner – he purchased it new from Gold Coast Motorcycles. 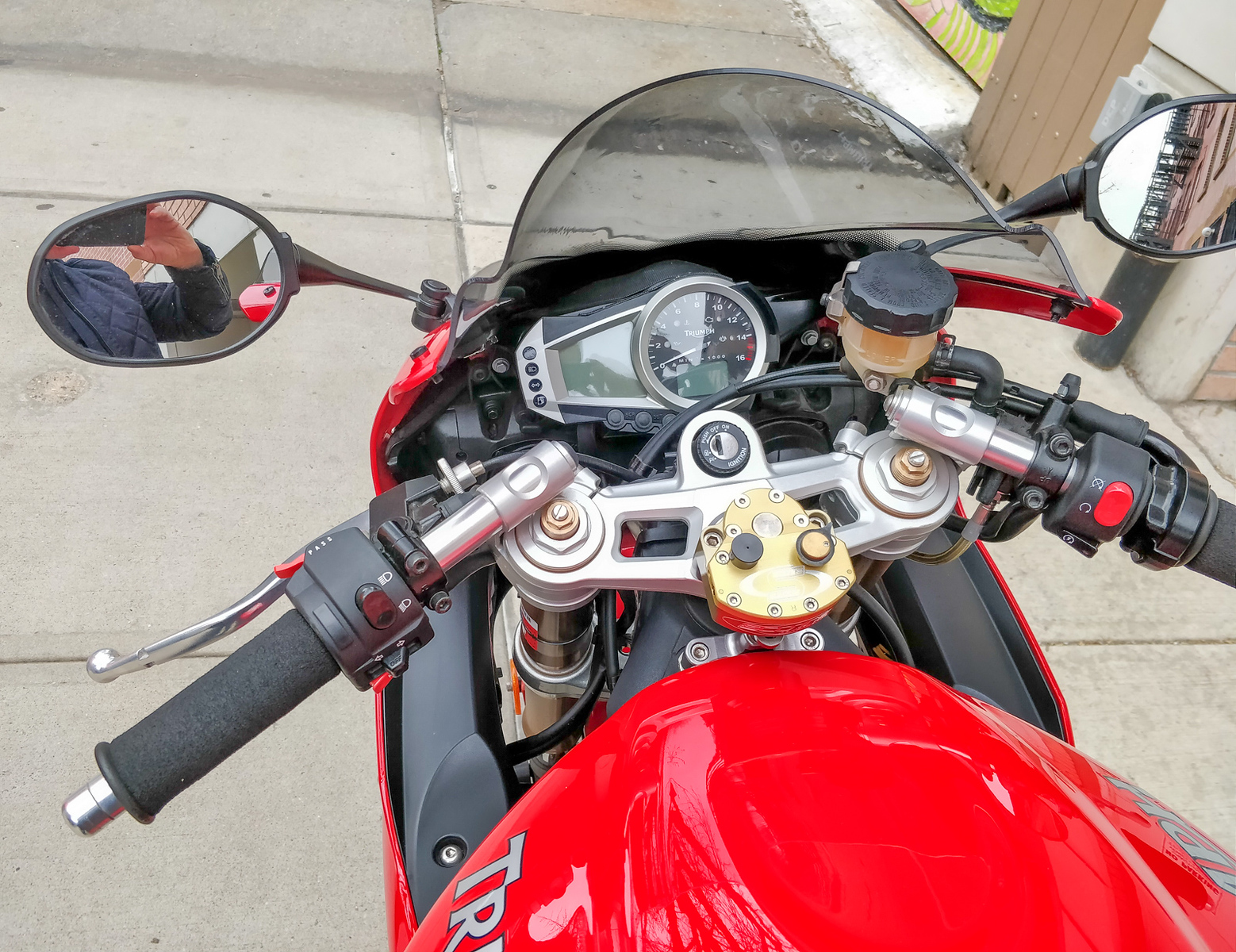 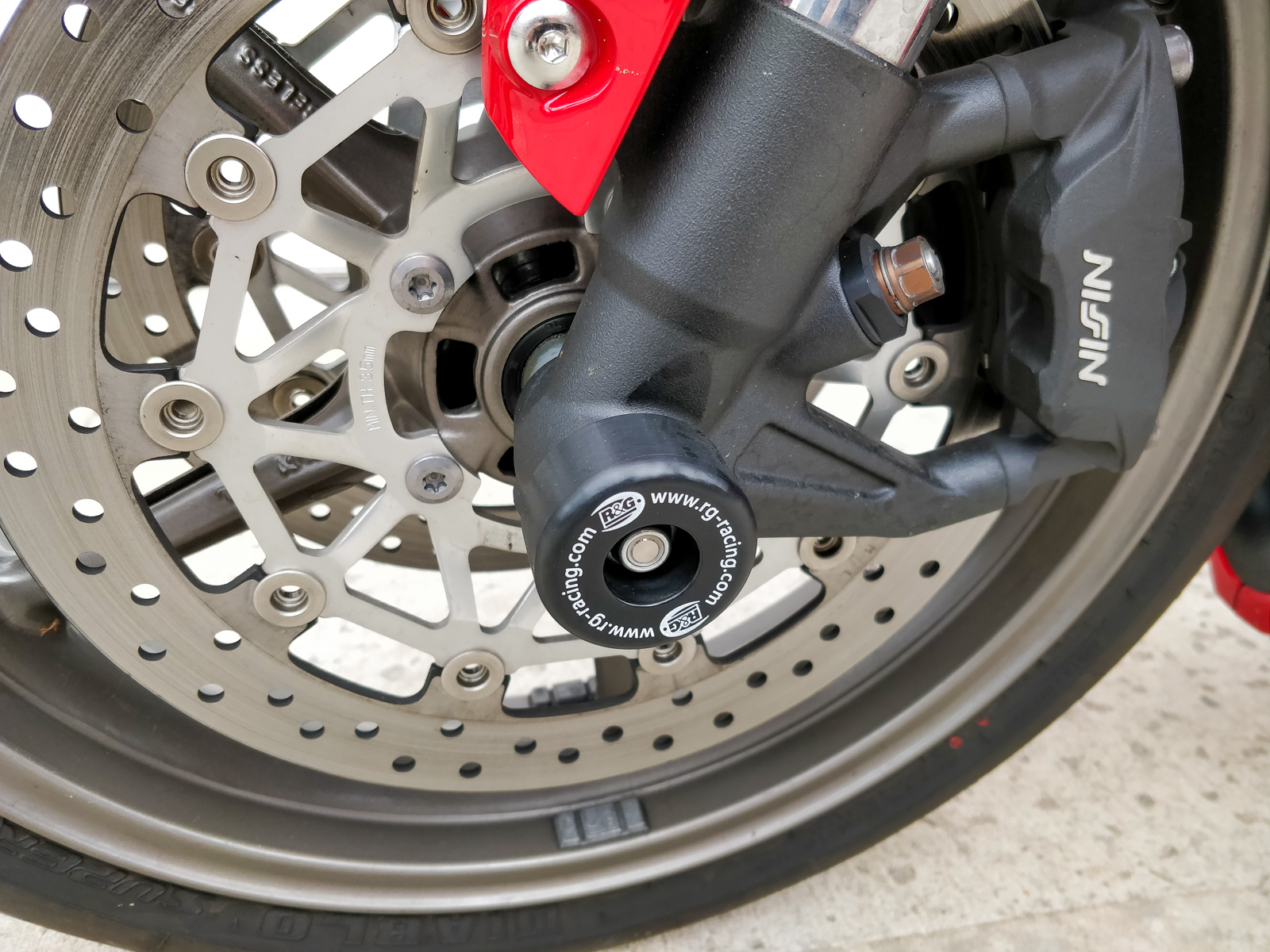 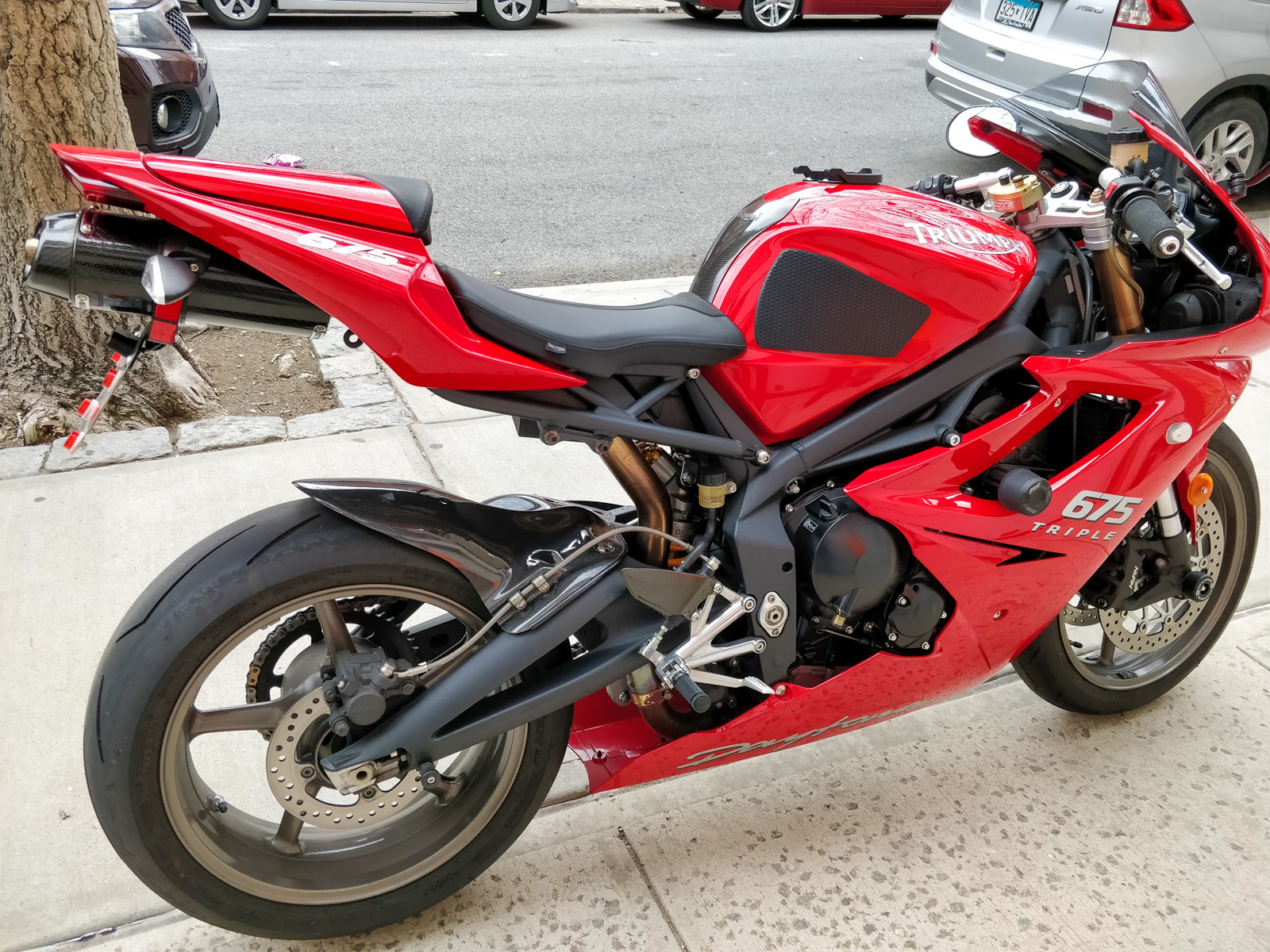 The seller is losing his garage space and needs to consolidate his collection. There are no cosmetic or mechanical issues – the bike is said to be “perfect.” Have any Daytona stories or questions? Let us know in the comments below.

Curious if this is a 50 state bike ie can it be registered in CA? Is there an emissions sticker anywhere on the frame? Thanks!

From what I understand all bikes are 50 state legal. New York is pretty much same as California. I will take a look and see if there are any labels indicating otherwise but I am 99.99%it’s all 50 state legal

I thought the bike had to have at least 7500 mi on it to get into Cali? Or that may be overseas bikes only. I would check with DMV

Yes it’s true if for earlier bikes that were only 49 state legal. All new bikes are 50 state legal now a days