PLEASE NOTE: Some photos show all-black bodywork, however this bike only comes with the NGM Design bodywork.

Additional photos of this Suter/BMW MotoGP CRT are available here for your perusal.

Whilst competing in the 250cc World Championships, Eskil Suter founded Suter Racing Technology. Over the years, his company has developed a reputation for excellence in motorcycle design with work in Moto2, Moto3, WSBK, MXGP, and S1GP. They also tried their hand in MotoGP with the MMX1, a bike that was tested in 2010/2011 and then officially campaigned in 2012. The effort fell under what was called a CRT — “Claiming Rule Team” — which were introduced for the 2012 season, with the name stemming from a later-discarded concept in which an engine could be “claimed” if it was exceptionally successful. As explained in this Crash.net article, “This is basically an attempt to further limit costs by forcing teams to allow rivals to buy their engine(s), should they wish to do so. The theory is that no-one will use expensive or secretive technology if a rival can literally get their hands on it. Teams wishing to avoid having their engines ‘claimed’ will need to race under ‘normal’ status.” 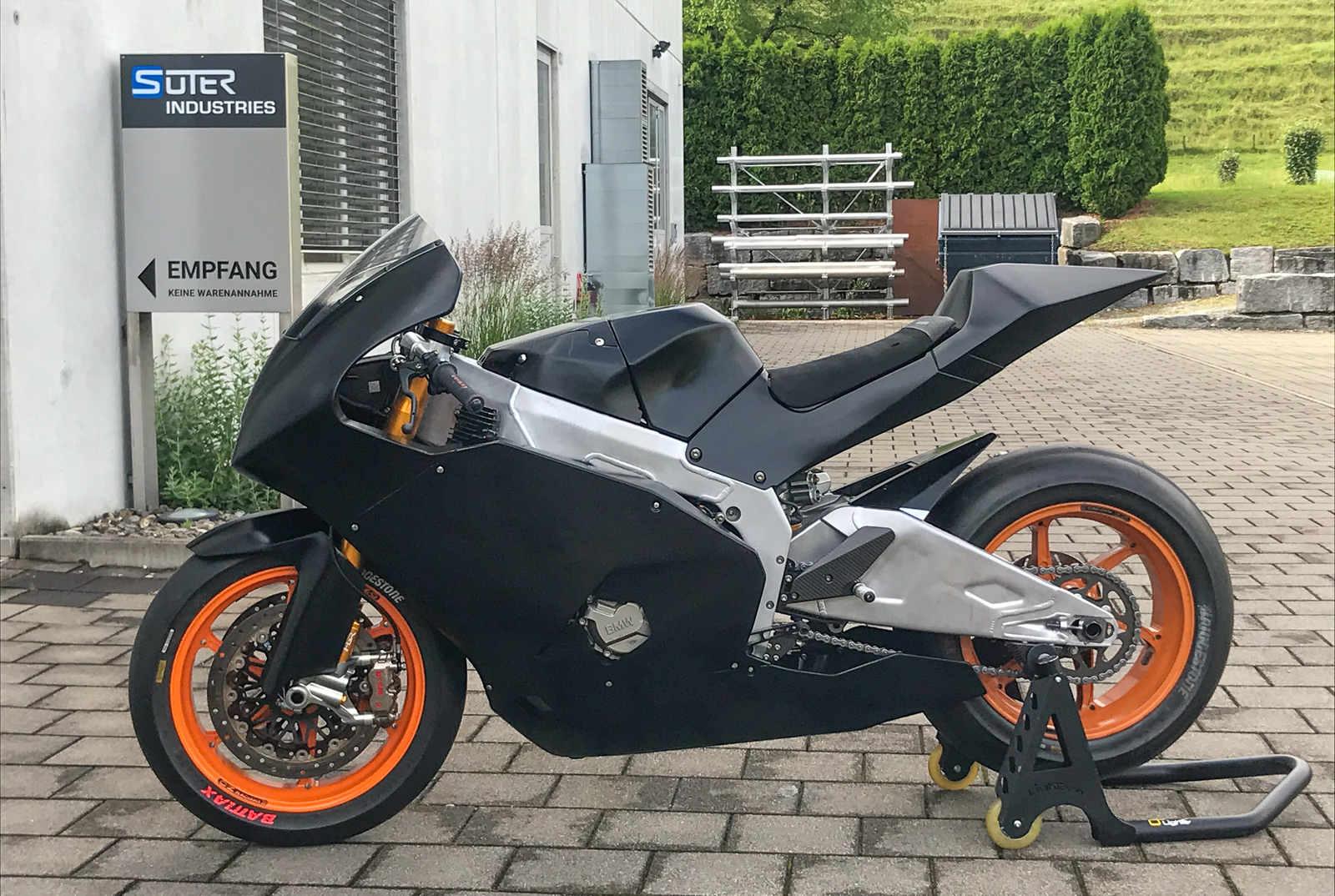 This example (Chassis Number 1, Swingarm Number 1) was the first-Suter BMW built. It’s offered up by Suter themselves – they note that “this bike is a really unique and historic one. The first Suter-BMW built, presented to the press in 2010 at the Misano GP, built according to the CRT (Claiming Rule Team) rules set by FIM for the 2012 MotoGP championship.”

“The bike has been ridden by a number of riders, like Eskil Suter, Carmelo Morales, Damian Cudlin, and Arne Tode. During the 2011 season, Marc VDS took over the responsibility to develop the bike to get ready for the 2012 season, therefore Mika Kallio was assigned to ride her at different tests, including two IRTA tests at Mugello and at Brno in August 2011.”

“Team Forward signed an agreement with Suter Racing Technology to race in the 2012 MotoGP class with Suter motorcycles, with Colin Edwards as rider. This bike was then used by Colin for the first three tests, including the two Sepang MotoGP tests held in February 2012.”

“Finally, #001 completed her life as a race bike helping the development of the engine control system. It was set up with lots of instrumentation for Bosch Motorsport and was ridden by more riders, like Alex De Angelis and Dominik Aegerter to complete the development and calibration of the vehicle control strategies required by the MotoGP class.”

It was then used for presentation purposes. The owner has not ridden it since 2018.

The bike was restored in May of 2020 with the current specifications, per Suter:
Engine: BMW S1000RR (K46), WSBK tuning Step 11
Engine control unit: Bosch MS5.0, specifically developed for this bike. 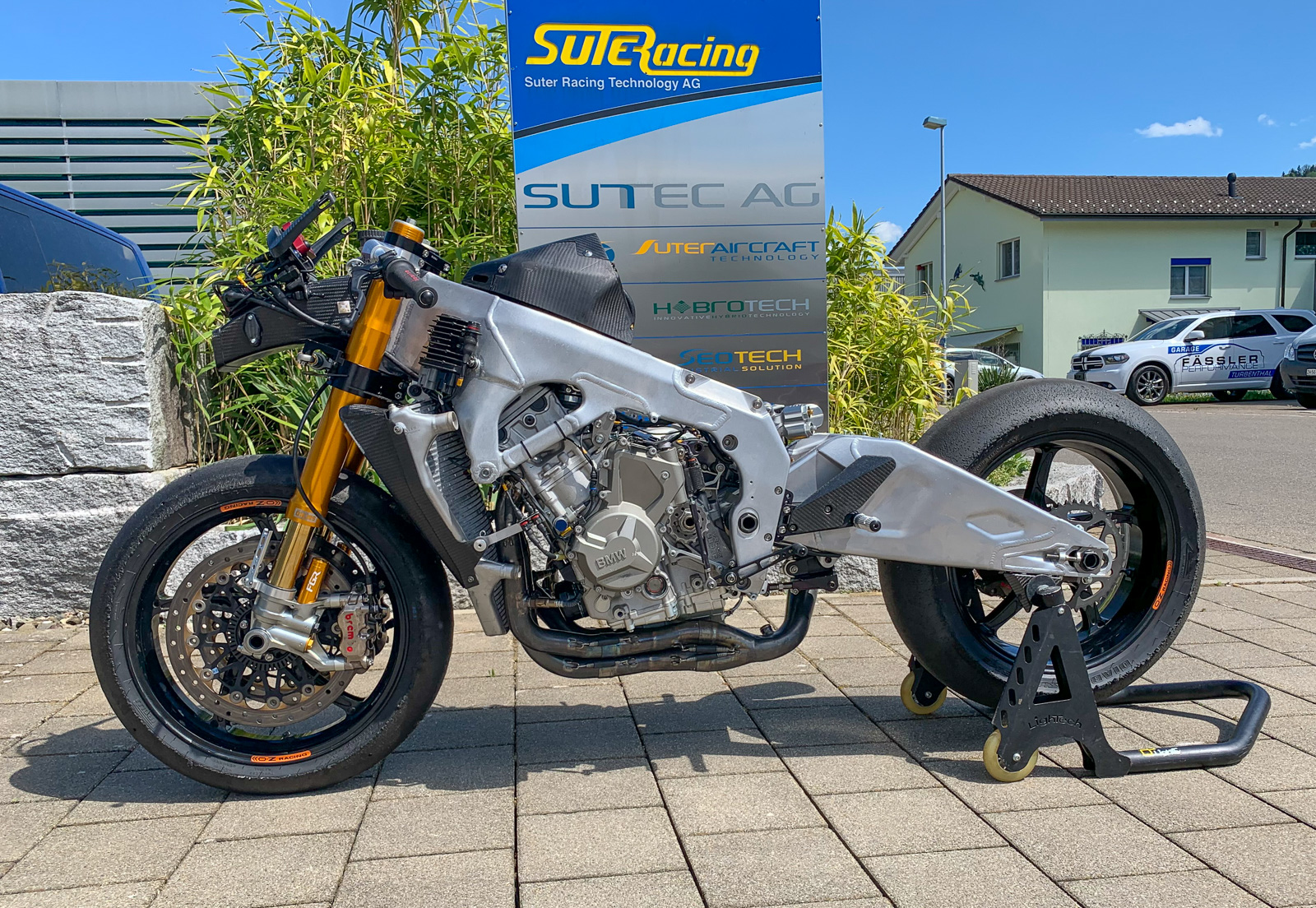 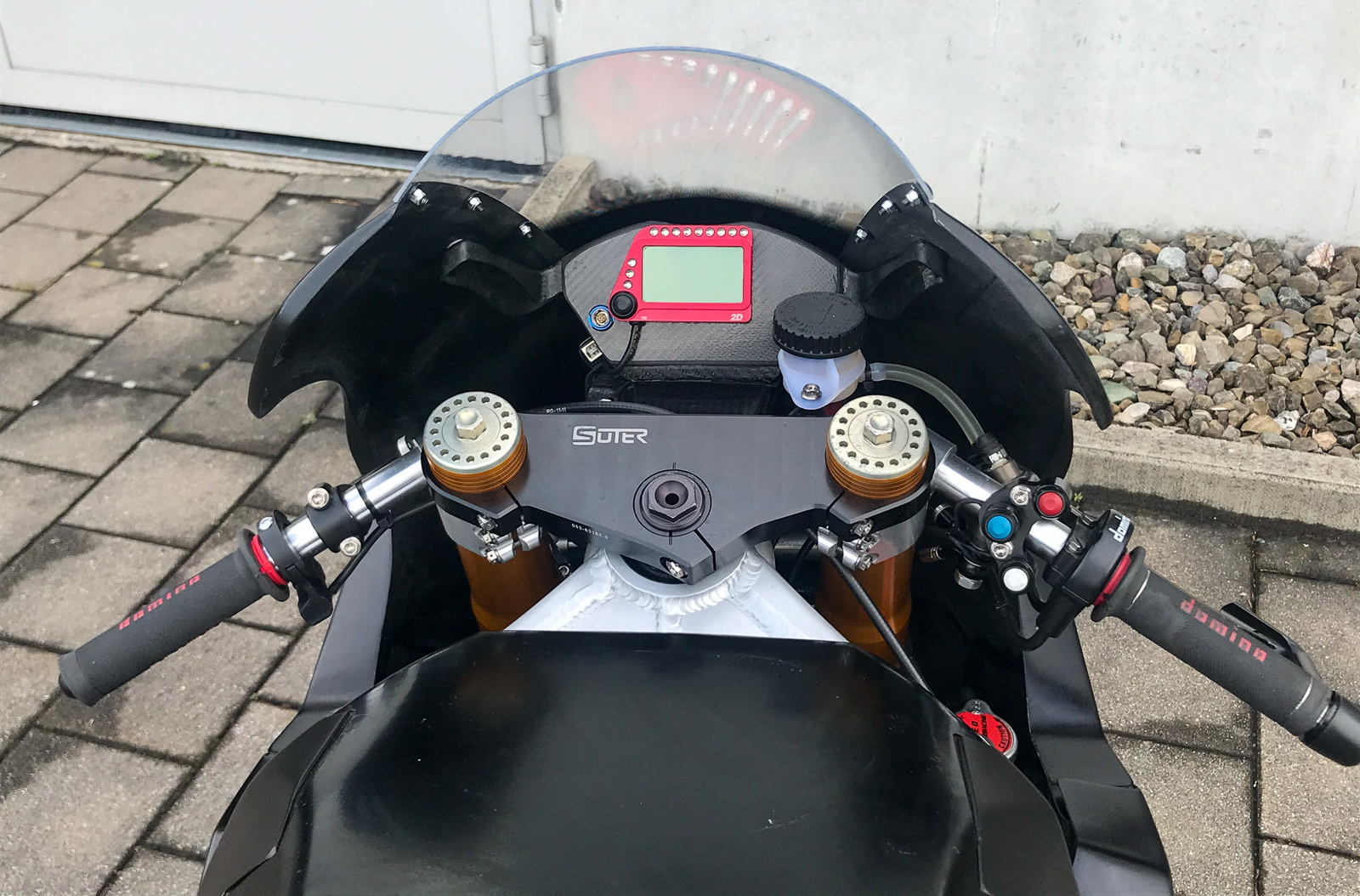 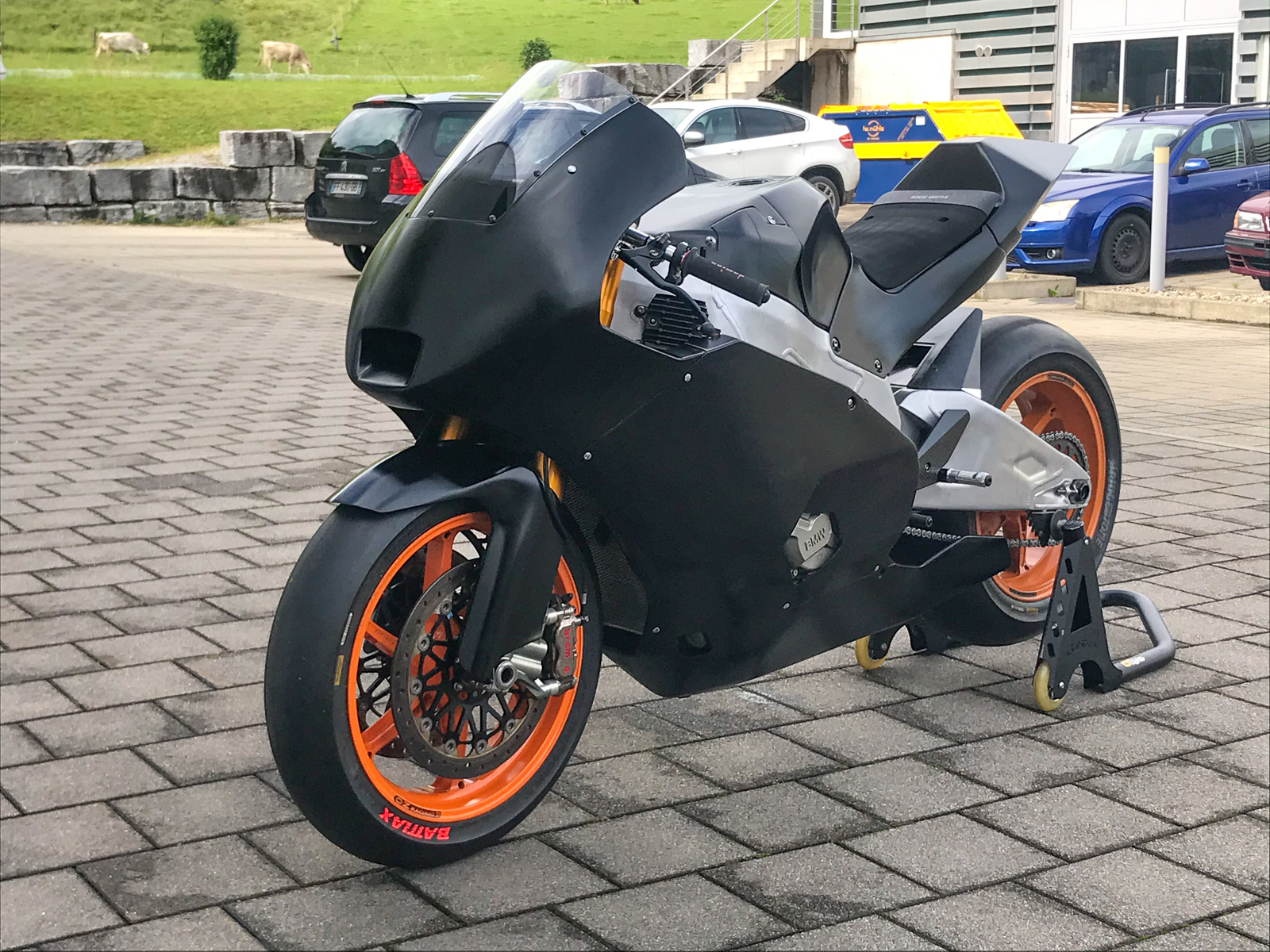 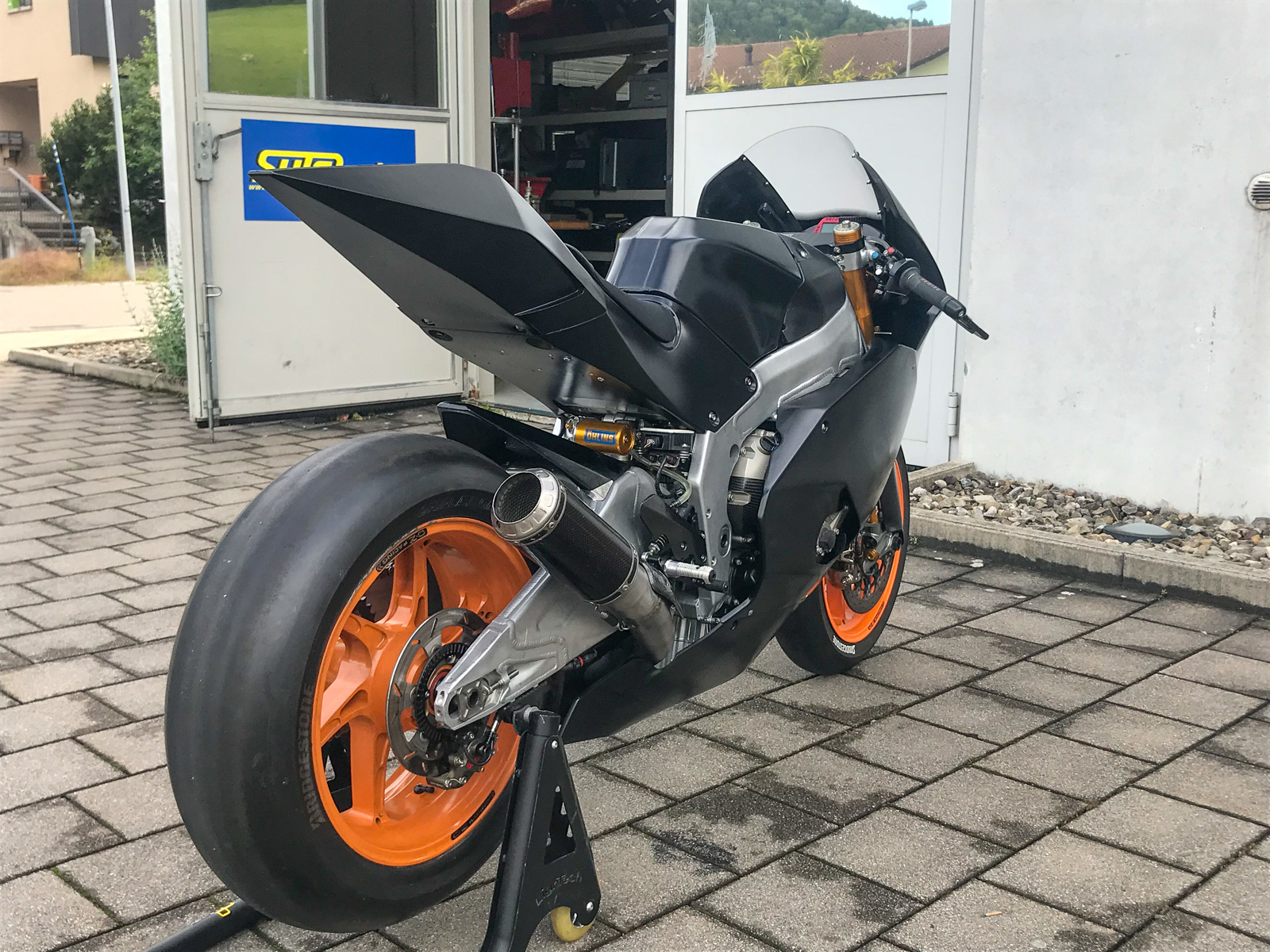 Suter states that it weighs less than 339 pounds and the engine makes 226 horsepower, enough for a top speed of 202 miles per hour.

Currently located at Suter’s headquarters in Turbenthal, Switzerland, this motorcycle is offered on a Bill of Sale only. Have any Suter stories or questions about this listing? Let us know in the “Comments” tab!

After the auction ended, the seller accepted an offer of $56,068 including buyer fees.