Click here for an instaVIN Motorcycle History Report on this 2012 Ducati Multistrada 1200 S Pikes Peak. Additional photos are available here for your perusal.

2012 was the first year of the Pikes Peak version of the Multi, which was built to commemorate Greg Tracy’s class victory at the 2010 PPIHC. Ducati started with a Multistrada 1200S, then gave it special graphics, red seat stitching, and extra carbon fiber (short windscreen, front fender, cam belt covers).

MSRP for the special edition was a hefty $21,995. For a little more information, check out this First Look from Cycle World.

The Multistrada S was a great place to start, as it was already equipped with additional goodies like Ohlins suspension.

Fittingly in 2012, Multistradas ended up finishing 1st and 2nd as part of the Spider Grips/Ducati race effort with Carlin Dunne setting a record time of 9:52.819 and his teammate Greg Tracy close behind with a 9:58.262. Here’s an onboard video from Greg’s run up the mountain that year!

We note a few extras, including SpeedyMoto frame sliders. 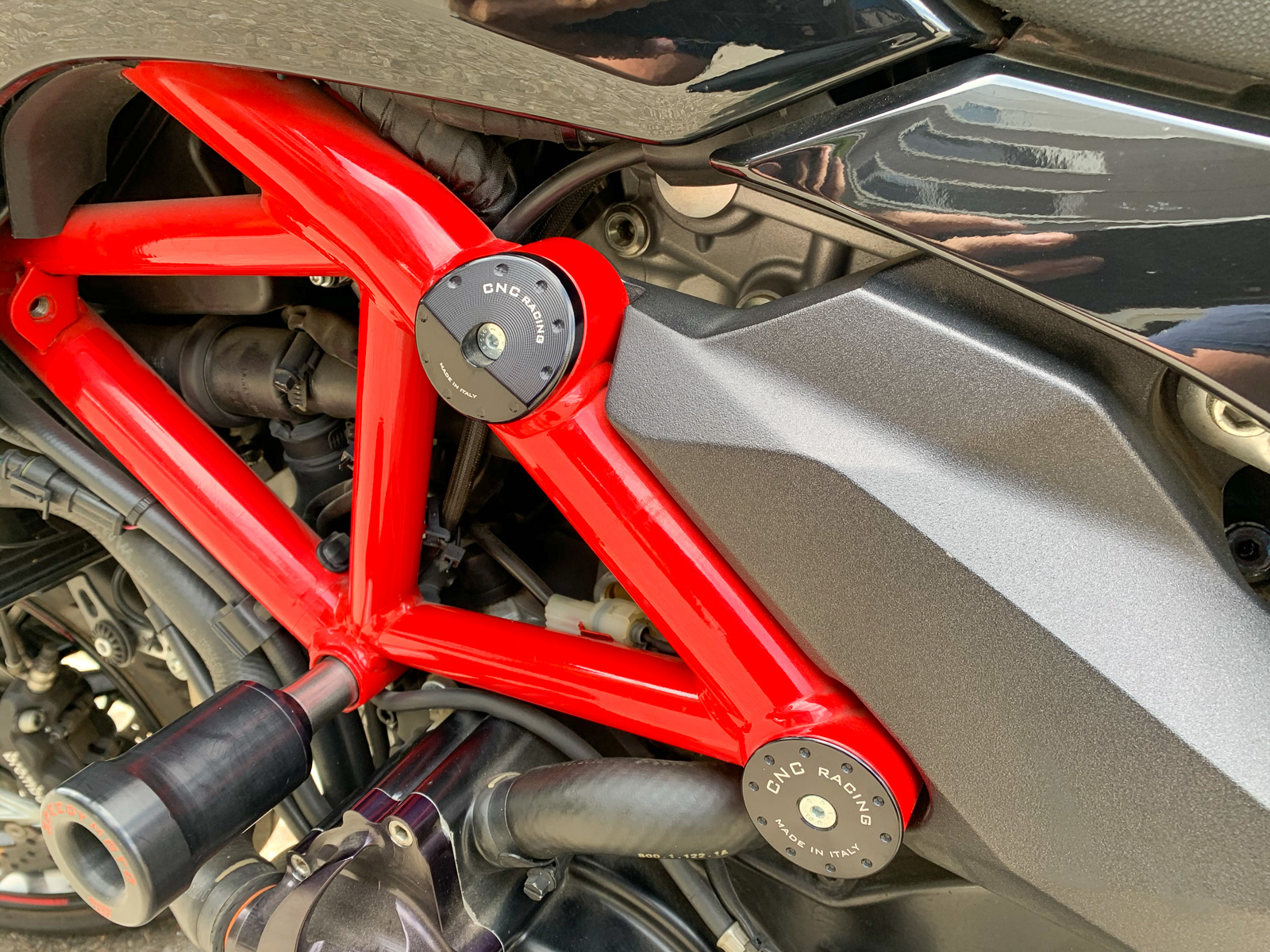 It’s been serviced at Pro Italia, and the sale includes the red key. Got any Multistrada stories or questions? Let us know in the comments!

Great write up! I also have a 2012 PP Edition, love it. Mine is number #322 and still have the factory emissions stickers on it. It was popular back in the day to remove them from new. Just because everyone wanted to make that nice red frame stand out! Just a correction to your write up though. It says the bike has a Termignoni Slip on Exhaust. Not true for your bike. The exhaust on your bike is the full titanium racing exhaust and headers offered from Ducati (via Termignoni) in 2012. It may even have the factory upgraded ECU… Read more »

Does the bike still have the factory emissions stickers? I believe all newer Ducatis are 50 states legal, but wouldn’t want to have any issues trying to register it.

The owner didn’t pull the decals, it will be fine to register in all states. if you need specific photos, we’d be happy to oblidge