Additional photos of this Pegram Racing R1 are available here for your perusal.

In 2013, Larry Pegram (with the support of Foremost Insurance) was able to lease a Graves Yamaha R1 and build a backup. A Graves-built R1 can only be leased for $300,000 – this included the bike, a few engines, and support. The team needed a backup “B” bike, and that was built with Graves parts and their tuners. This is the B bike.

Larry was previously competing in AMA Superbike with a BMW S1000RR (and prior to that, a Ducati 1198R), but for 2013 his privateer team competed with the YZF-R1. Considering that Josh Hayes had won the last three AMA SBK titles on a R1, it was a logical choice. He started strong, nabbing podium finishes at both of the season-opening rounds in Daytona. He would end up finishing 6th in the championship that year. From a Cycle World article:

“I feel a lot more comfortable on the bike, there’s no question about it,” said Pegram. “Anything Yamaha crafted is going to be top quality and I’m very pleased with how it handles. It’s the same brand of motorcycle that’s been winning all of the races in the last few years. I can’t thank Foremost Insurance enough for allowing me the opportunity to get on such an incredible machine.” 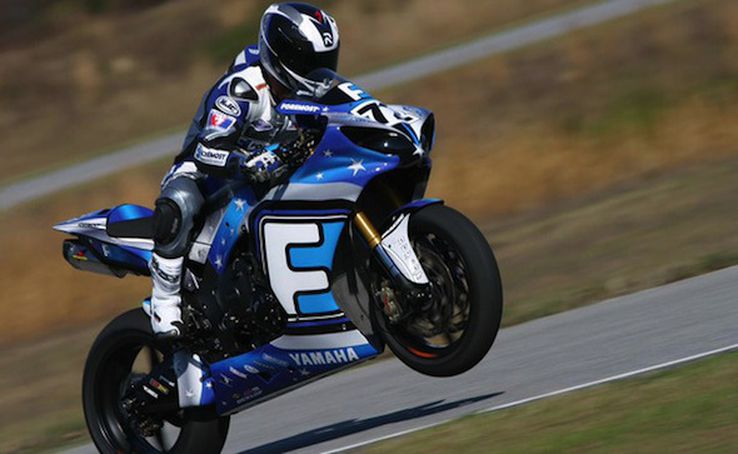 Image from Cycle World – this is how the bike looked during the AMA season.

We’ll leave the remainder of the listing description to the seller:
“What makes it so special? The frame from the factory was not stiff enough for racing purposes so this was the first priority of Graves. This R1 has that gusseted and strengthened frame. Some would argue this was outside of the rules of the AMA at the time but it was allowed.

Originally, the bike had the stock forks and triple clamp – a rule of the AMA. Graves used a specially-angled bearing and race set to angle the head an additional 2 degrees. This, however, allows for a large gap between the seal and the bearings. It’s not a big deal if you are taking it apart every race like a factory-supported race team, but the head bearings are not something you want dirt in and to deal with. I changed it back to the original bearings. (The seller will include the triple and angled races from the AMA setup if you wish, a photo is included in the album up top). 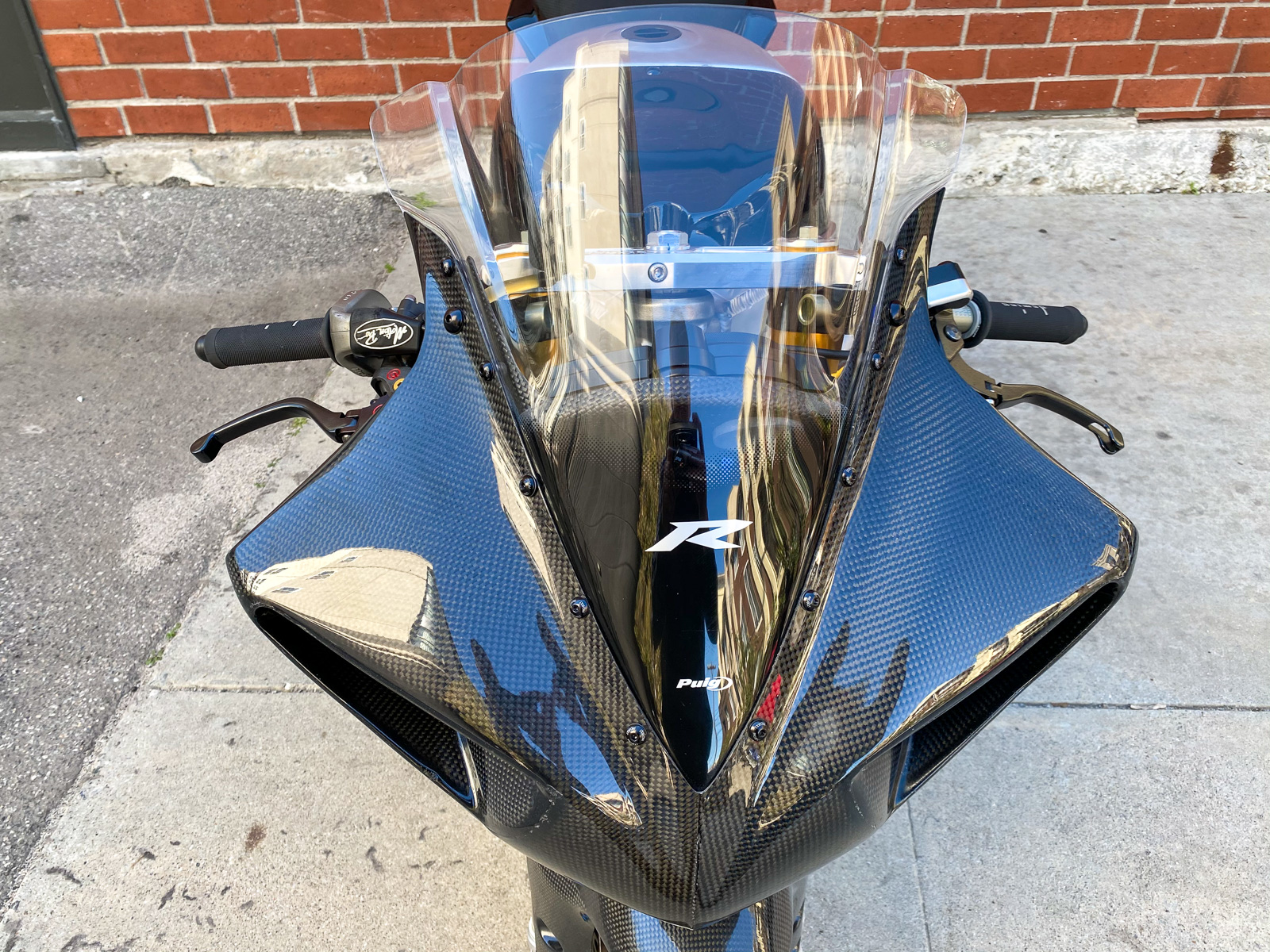 The other special parts are the mono coupe rear tail section and custom built tank which holds more fuel and puts it lower towards the center of the bike. It also has an AMA-spec blueprinted motor with a port and polish, thinner upper/lower head gaskets, cams, and a balanced crank – as Dave Weaver (the builder of the motor) puts it, “everything that was legal for AMA Superbike in 2013.” It will ONLY RUN ON 112 octane race fuel. The ON/OFF switch for the bike is on the left side by the dash. Both the ON/OFF switch and the RUN/STOP switch must be off to keep from drawing on the battery.

The bike was lowsided once due to a cold front tire which is why the original bodywork has been replaced. The graphics were a wrap. If you would like to recreate the graphics, I have all of the art files and can help get them printed. The cost would be approximately $1,200 for the printed materials. This does not include the application. The oil has been changed regularly. This bike requires that you ride it differently than you might be used to. It requires a lot more weight over the front to keep it balanced. Think MotoGP style.

The brake calipers and rotors are super expensive because there were so ew made for this bike – the cost for the calipers and rotors was around $8,000. Overall, the bike has very few miles on it, none of which were at is limits. It should not require a rebuild for a few more seasons. The suspension was set for a rider in the about the 225 pound range including gear. Good luck and I hope you enjoy this incredible machine!”