Click here for an CycleVIN Motorcycle History Report on this 2014 BMW HP4. Additional photos are available here for your perusal.

If BMW’s impressive S1000RR wasn’t crazy enough for you, the German firm released a “HP4” variant in 2013. Designed specifically for the race track, it was the lightest 4-cylinder supersport bike in the 1,000cc class to date with a dry weight of 373 pounds. Even better, it’s street legal!

The HP label stands for High Performance. The line was introduced in 2005 with a series of HP2 models built around the boxer motor, but the HP4 takes everything to a higher level. The performance upgrades start with a major weight loss program that brings the bike to an impressive 439lbs wet and race ready weight. This is achieved by using super lightweight materials such as carbon fiber bodywork, forged wheels, a lighter sprocket carrier, titanium exhaust, and even a lighter battery. The weight loss extends to the engine too.

The 999cc inline four is the lightest in the segment yet still produces 193 horsepower and 83 ft-lb of torque. Coupled with the incredible engine is a specially designed titanium Akrapovic exhaust that maximizes torque in the mid-range of the power band. 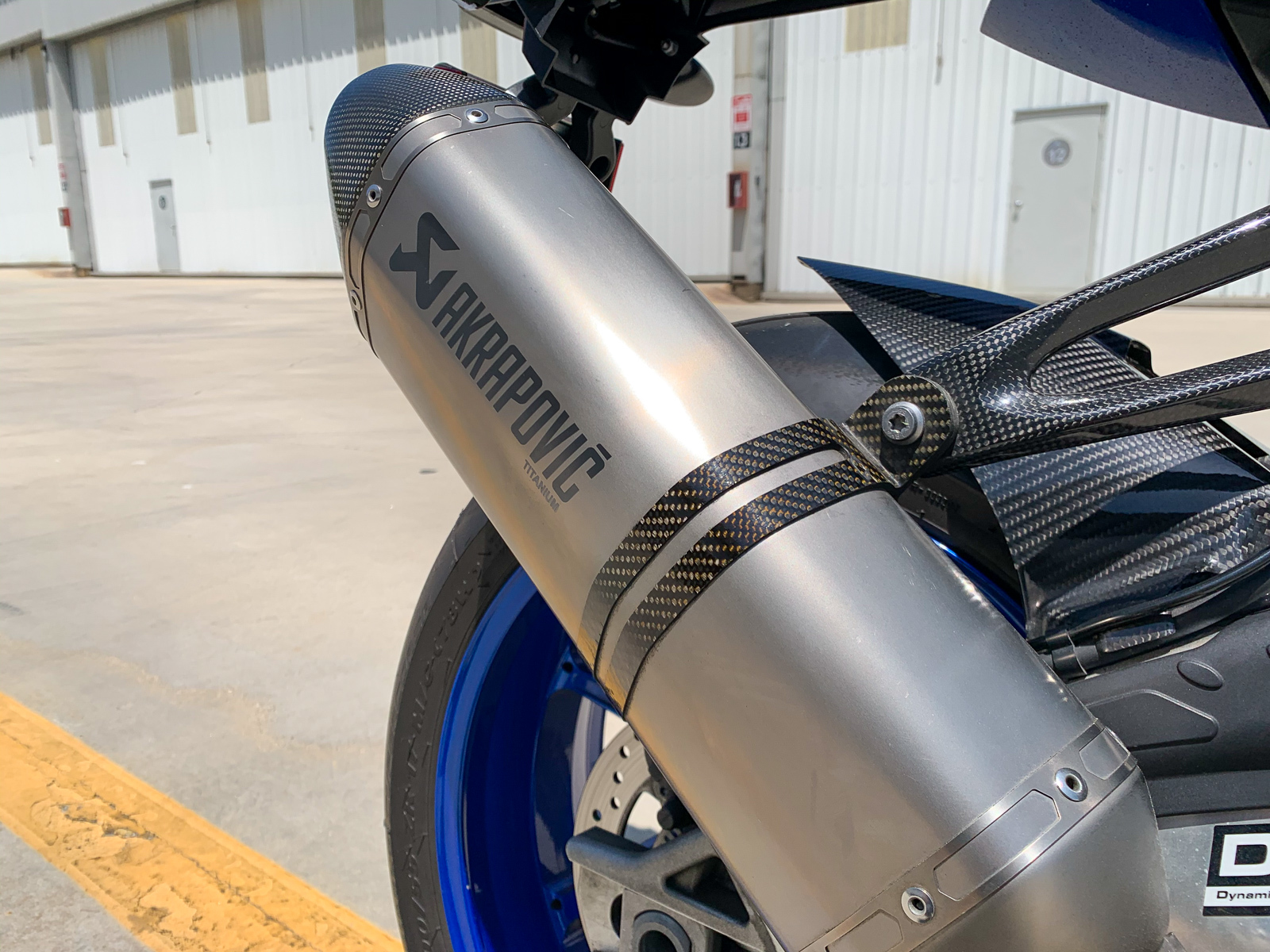 This bike also introduced BMW’s DDC (Dynamic Damping Control), the first suspension system of its kind in a production bike. It automatically adapts damping to conditions with various modes including Rain and Sport for the road, and Race and Slick for the track.

The brakes on the HP4 are noteworthy as well – frankly, not much isn’t on this motorcycle. Much like the DDC system, the ABS has four different riding modes, and it supervises Brembo monoblock calipers. 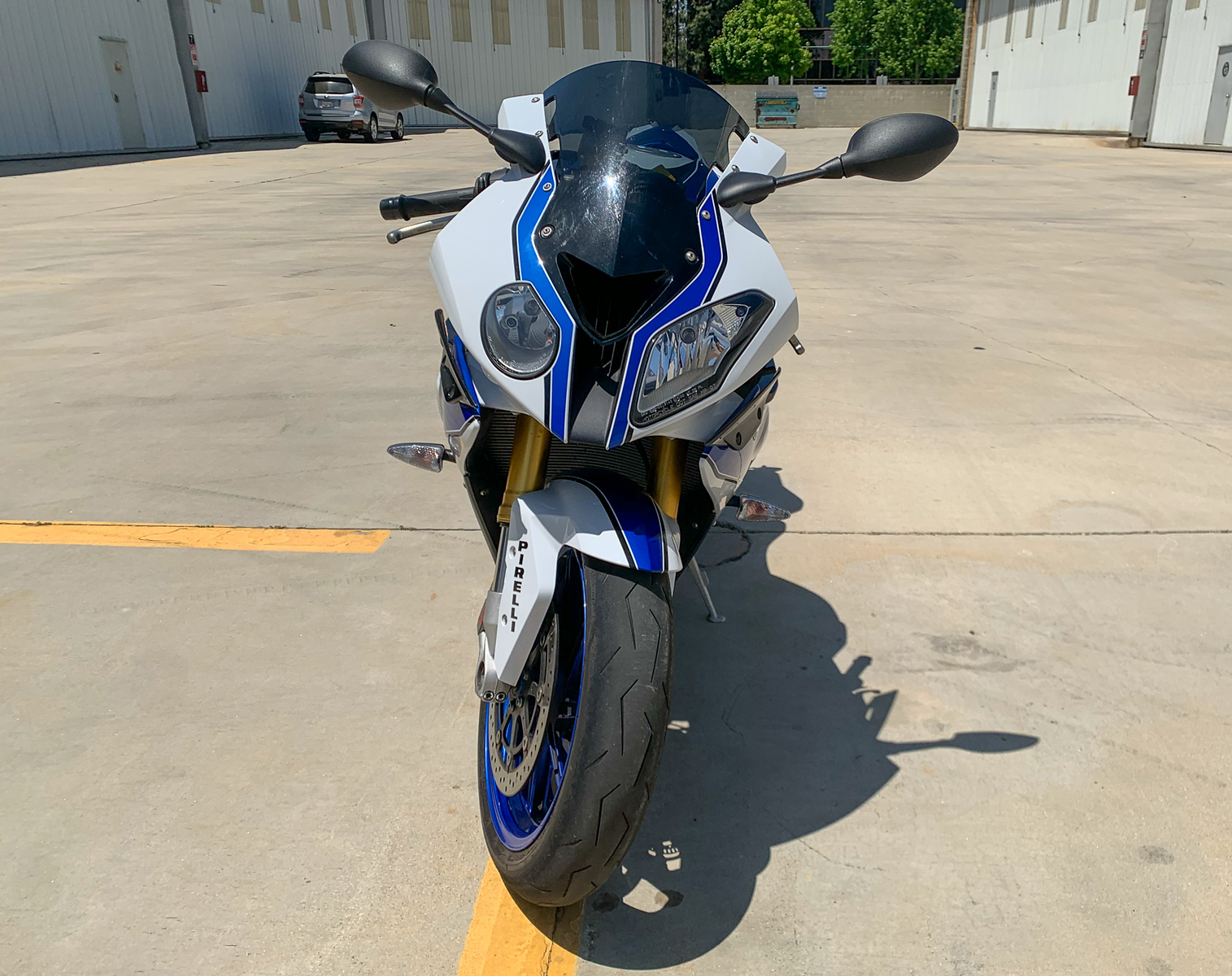 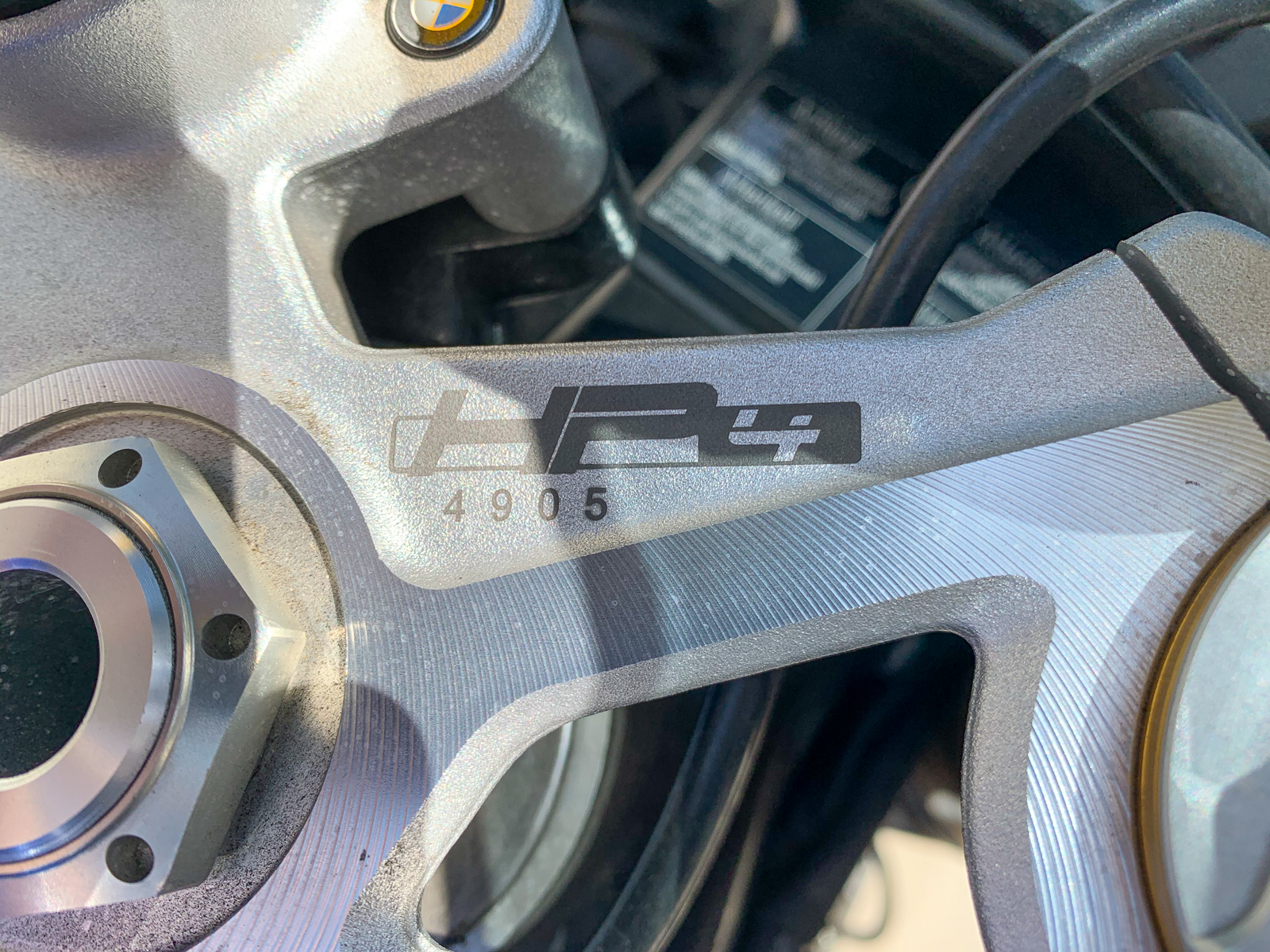 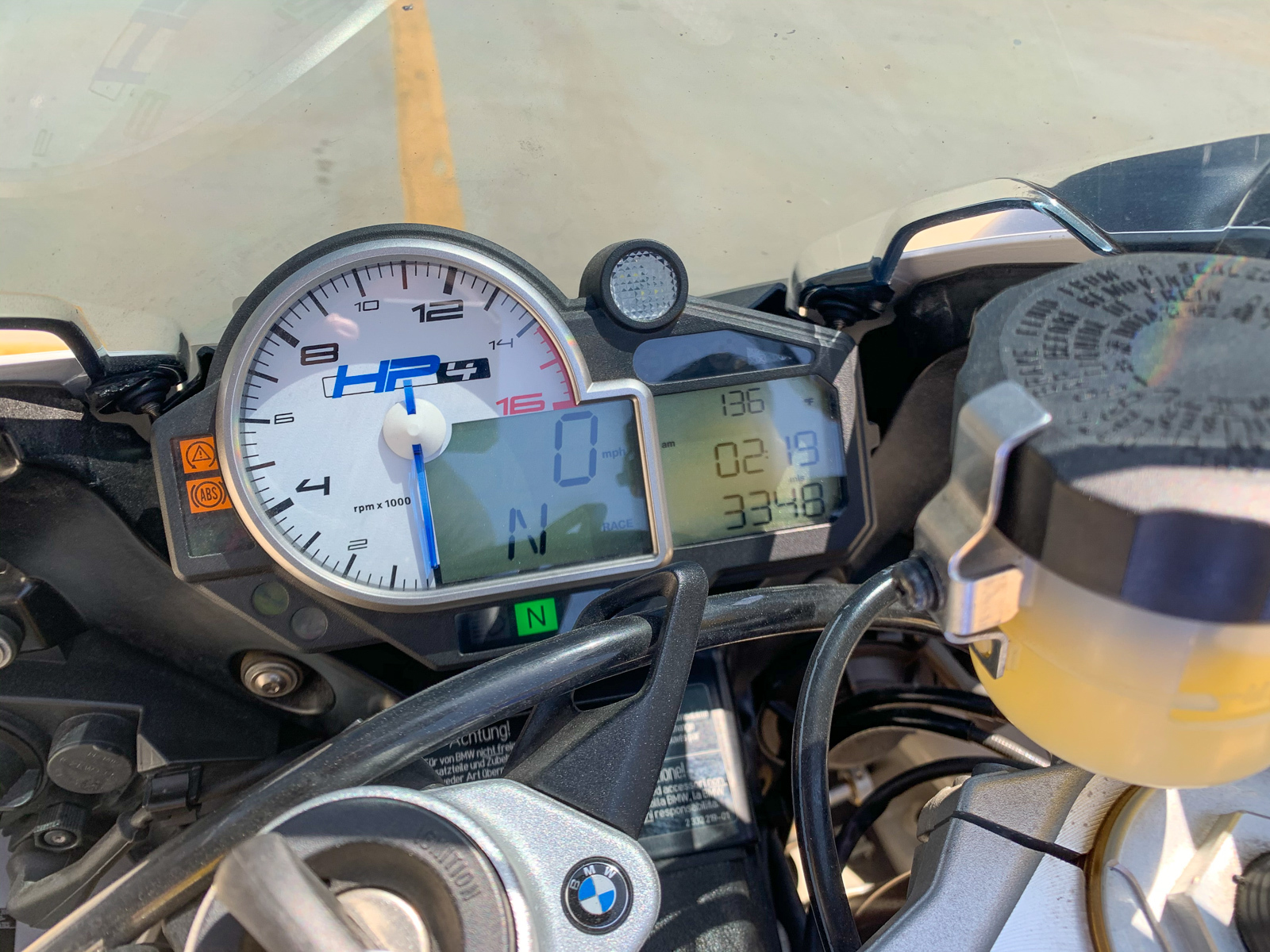 There’s a bit of dirt and wear from usage such as minor corrosion on the chain and boot heel marks on the exhaust, but nothing serious. There is also a piece of velcro tape on the frame next to the VIN.

This 1 owner bike is current on maintenance and has a recent oil change. It is offered with a clean CA title and registration current through August 2020. 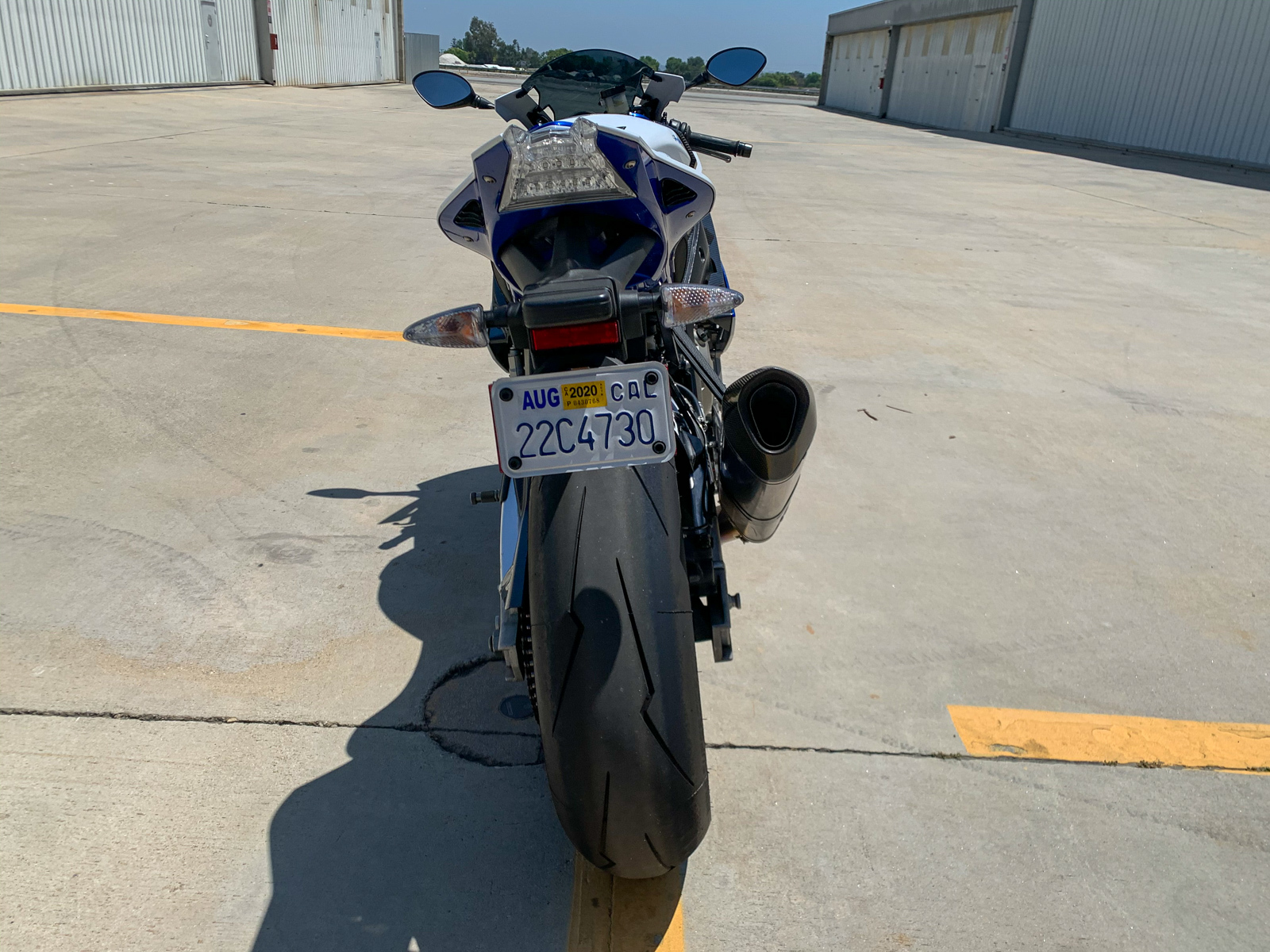 The sale includes the tool kit and some parts that were taken off by the owner such as the passenger pegs, chain guard, and rear seat.

Dripping with thousands of dollars in exotic materials, this HP4 is a staggering machine that’s ready for you to enjoy on the road or the track.

Does this bike come with the “Competition package” from the factory?

Hi, can you tell me if the owner has the HP bike stands or carpet?

AdrenalineCycle – the seller does not have those items. Thanks for your question!

No. A very conservative rider initially bought it. Most certainly never raced, ridden hard or tracked

Thank you. That makes “staying away” a little more difficult. 😜