Click here for an CycleVIN Motorcycle History Report on this 2015 Kawasaki Ninja H2. Additional photos are available here for your perusal. 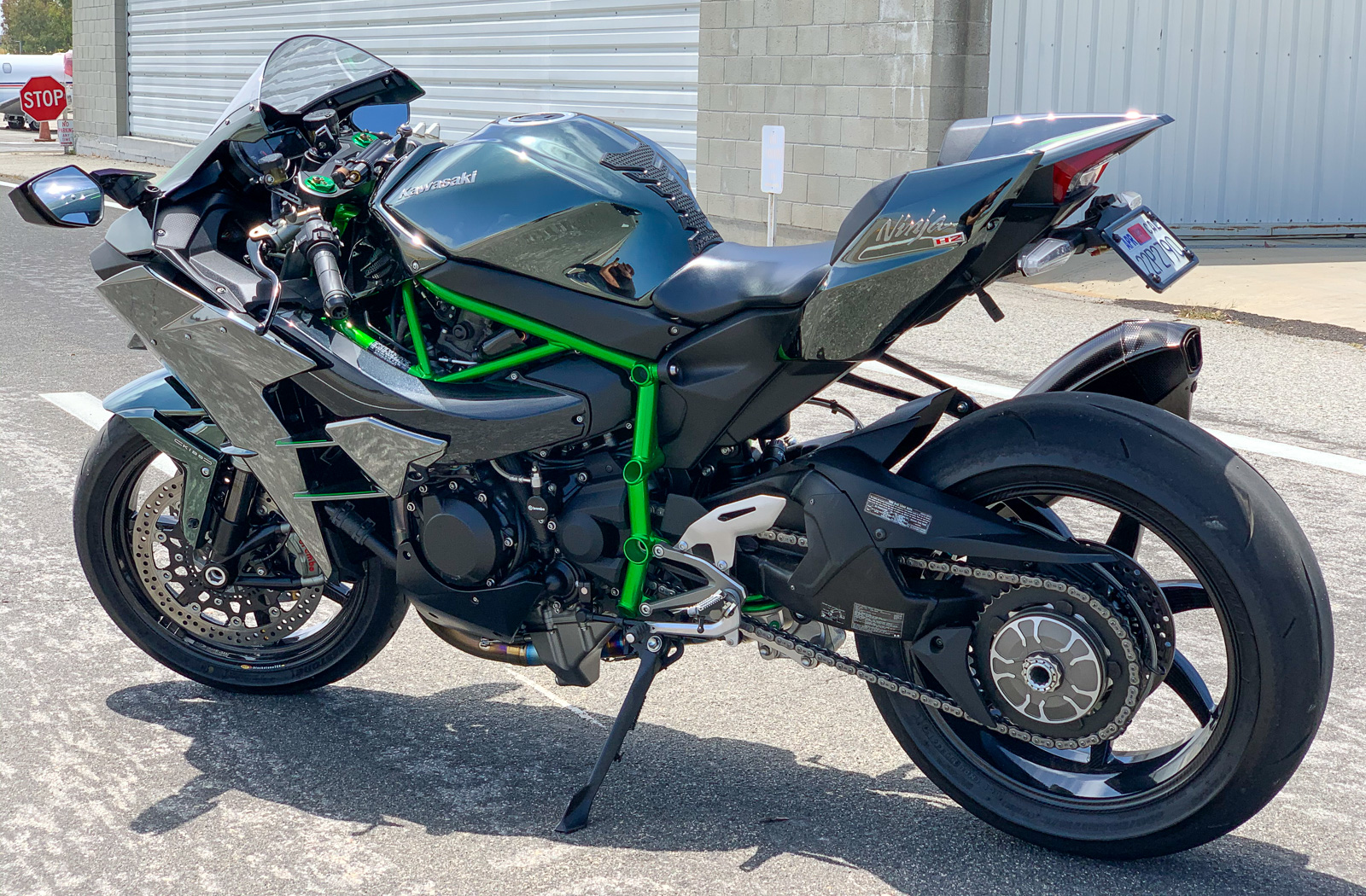 When Kawasaki first released the Ninja H2 in 2015, the supercharged production model was nothing short of a sensation. With more than 200 street-legal horses on tap, aerodynamic winglets, and a state-of-the-art suite of electronics, the H2 was unlike anything that had come before it; a forced-induction, liter-sized superbike for the modern era. 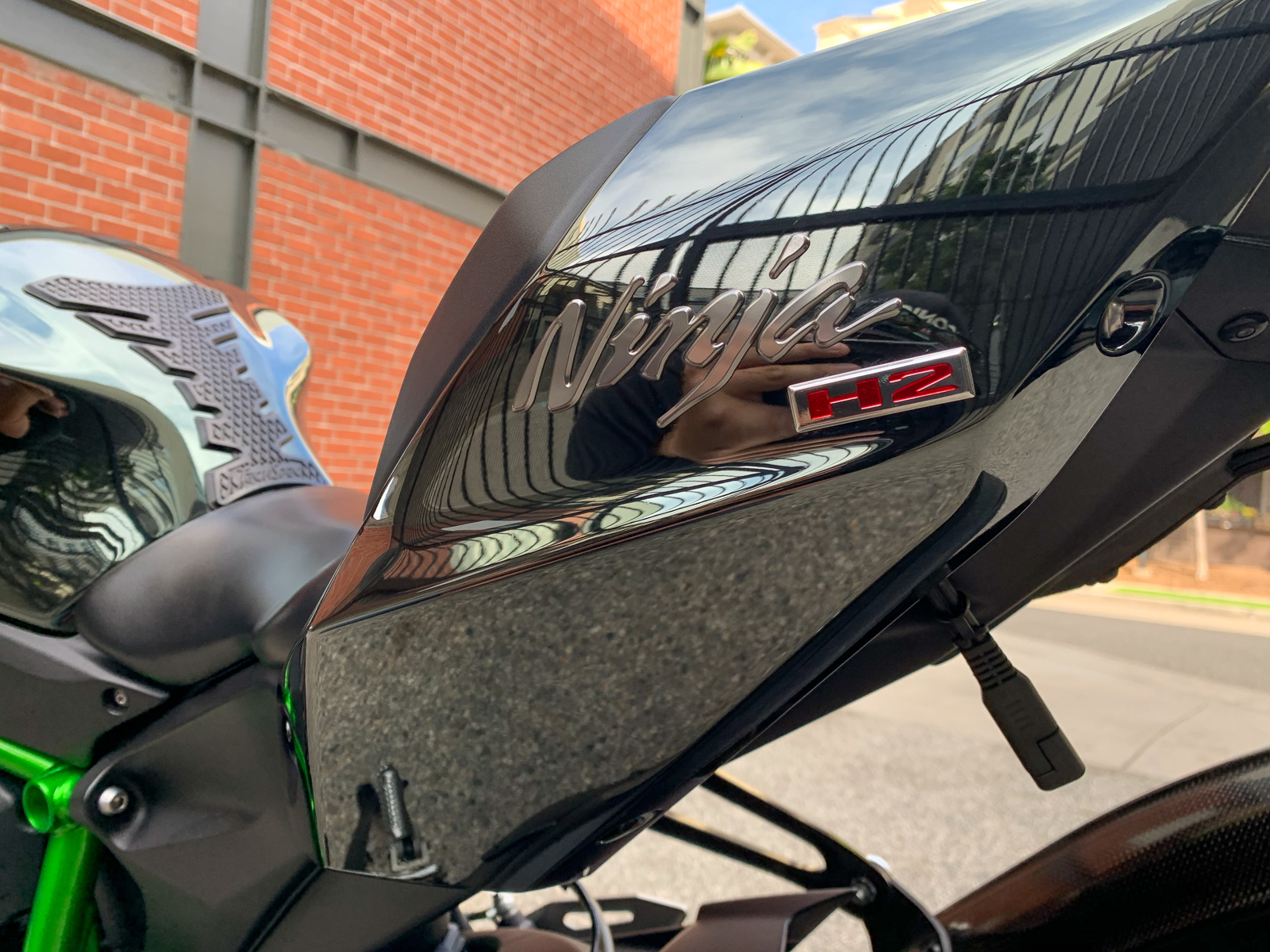 The H2 represented the pinnacle of Kawasaki’s superbike technology, with Team Green digging deep for each and every element and aspect of its two-wheeled wonder. On top of a highly sophisticated powertrain and chassis, the H2 sported equally refined bodywork with its sharp, fighter-jet-inspired fairings and spoilers. 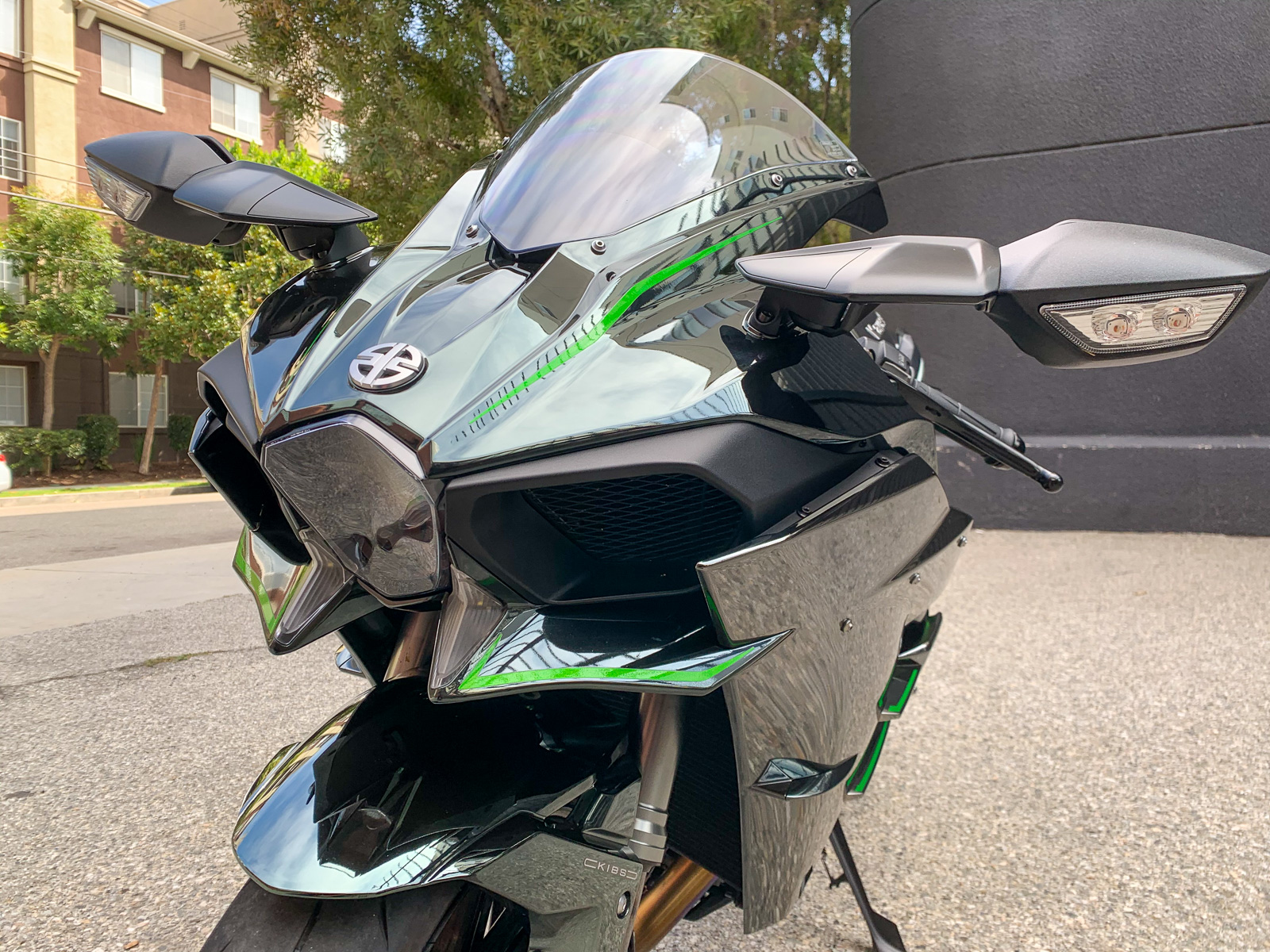 At the heart of Team Green’s carbon-clad beast was a supercharged, liquid-cooled, 998cc, DOHC, 16V, inline-four mated to a six-speed transmission with a slipper clutch. Wrapped in a steel tubular trellis frame adorned in Kawasaki’s signature lime-green hue, the Japanese four-banger generated an absurd 207 hp at 11,000rpm (at speed with ram air, 200 hp without), and 98.5 ft-lbs of torque at 10,500rpm. 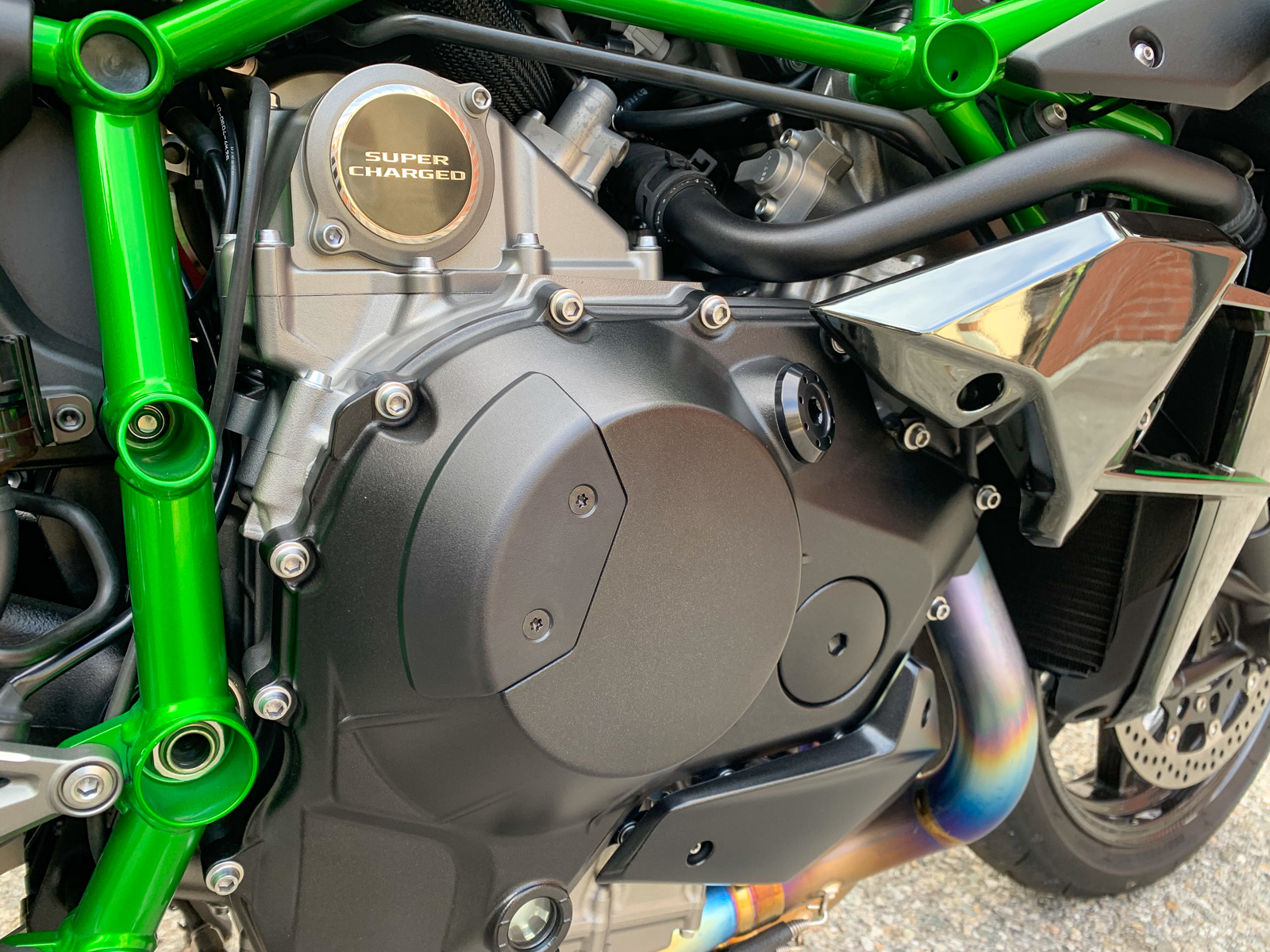 All that powered was kept in check via a full electronics suite including Kawasaki traction control (KTRC), launch control (KLCM), Kawasaki engine brake control (KEBC), anti-locking brakes (KIBS), and a bidirectional factory quick-shifter (KQS). The H2 also benefited from top-of-the-line running gear, with imperfections in the tarmac being absorbed by a 43mm KYB ASO-II fork up front and a Uni-Trak mono-shock outback linked to a single-sided swing-arm. Fully adjustable, the H2’s suspenders were supplemented by an Ohlins electronic steering damper.

Draped in angular bodywork with aerodynamic, down-force-generating winglets, the mighty H2 – which tipped the scales at just under 525 lbs wet — was capable of top speeds exceeding 200 mph right out of the box. Slowing the exotic supercharged superbike from its hair-raising top speed were dual 330mm rotors bit by four-pot Brembo monobloc calipers, aided by a single 250mm pinched by a dual-piston unit out back.

Though produced in markedly smaller numbers than the rest of Kawasaki’s two-wheeled wares, the H2 has amassed a steady following and fan base, with the success of the original Ninja H2 ultimately spawning a number of additional models based on the supercharged liter-bike from 2015 including the H2 SX, and more recently, the Z H2.

The seller of this example (VIN: JKAZXCN16FA000457) acquired it from our classifieds 3 months ago, however the riding position is a bit too much for his 70 year-old frame. 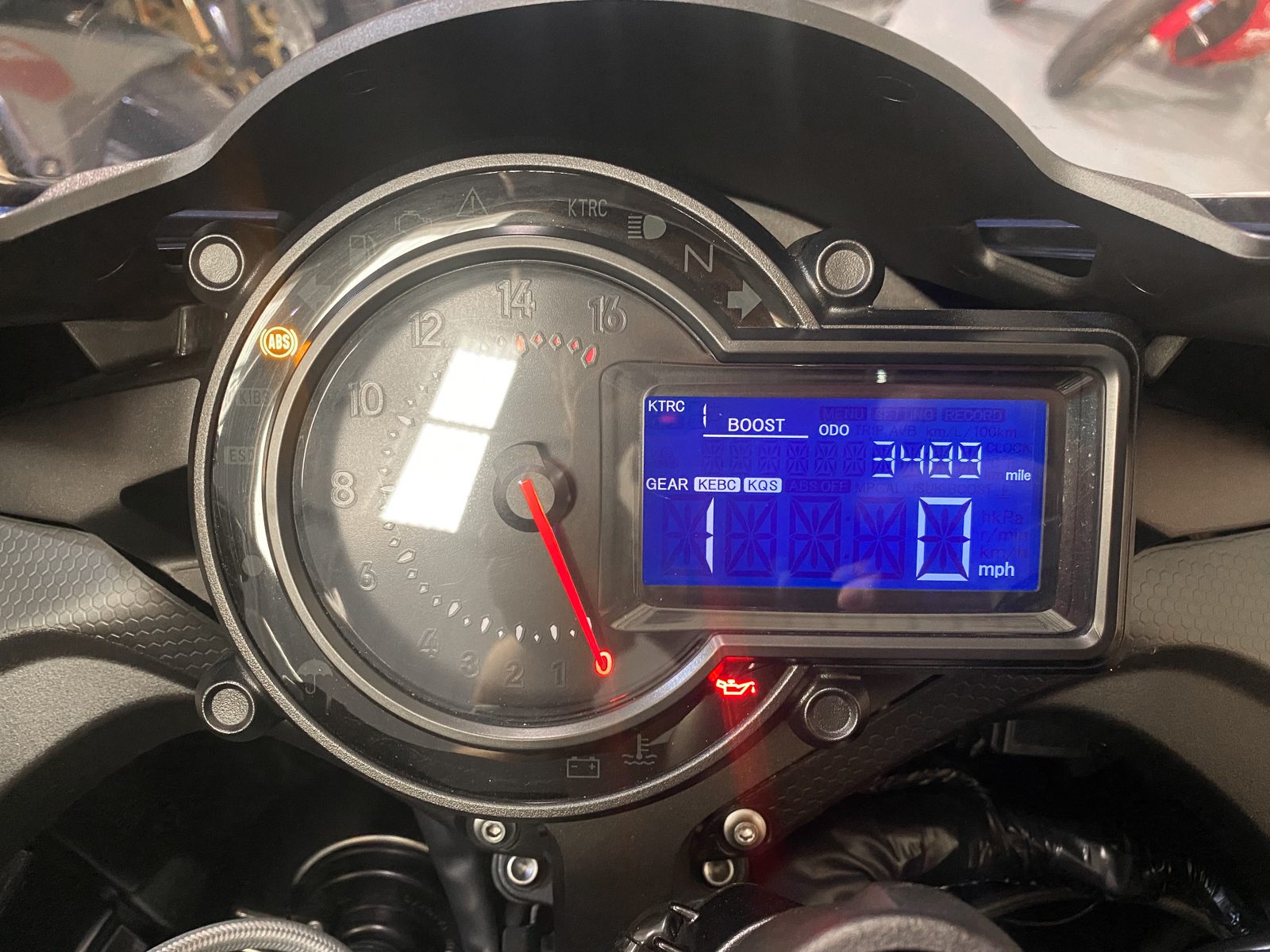 It is equipped with some serious upgrades, starting with Blackstone Tek seven-arm carbon fiber wheels. 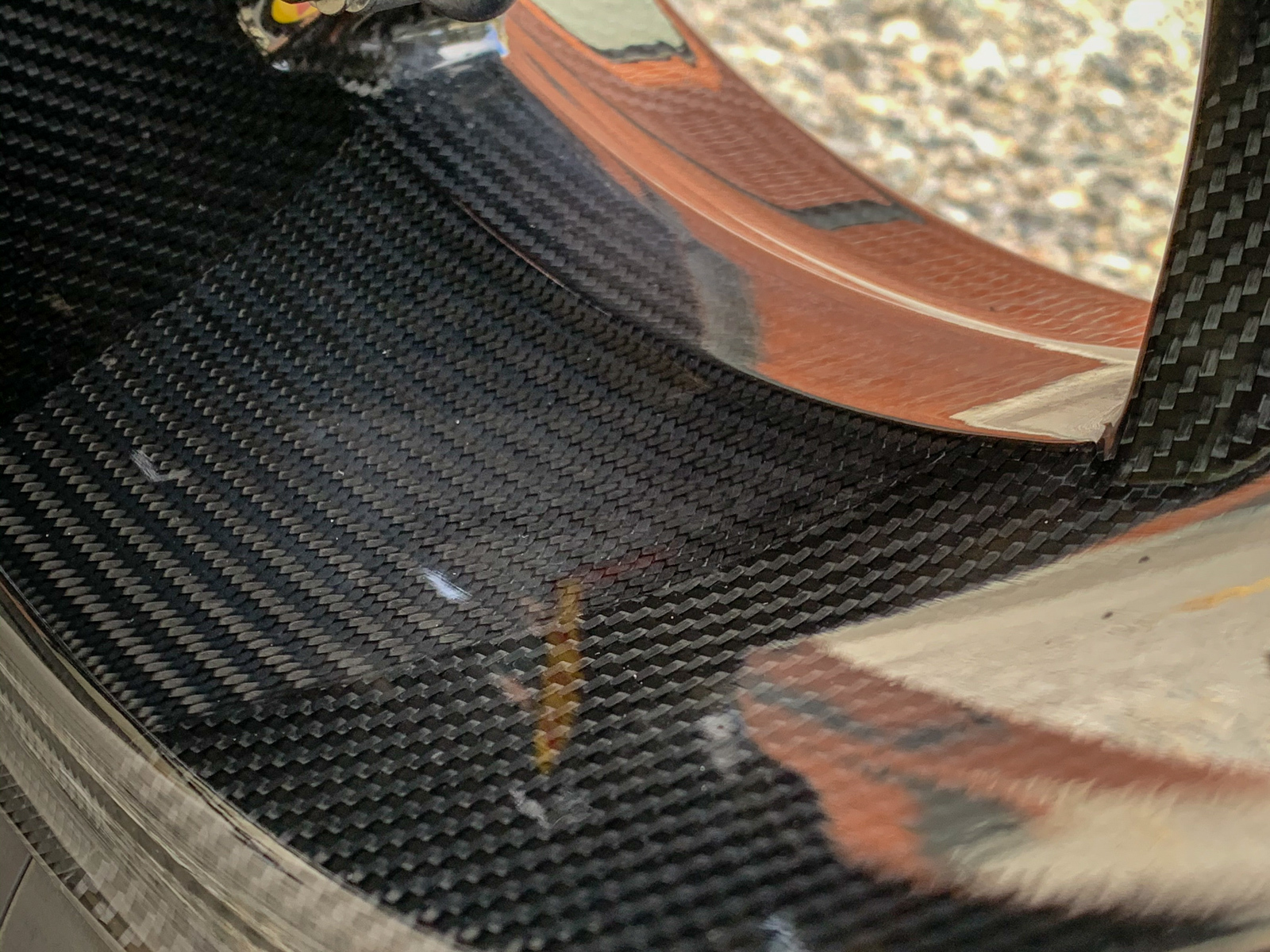 It also has a full Akrapovic titanium exhaust system with a carbon fiber can. The new pipe is paired with a flashed ECU (performed by Brock’s).

Adam’s taken it out for a couple of Sunday rides and it’s converted him into a believer. “At first it was a bit much….now, I’m in love with the Battlestar Galactica looking warbird.” We threw on a new rear tire before his last ride so it’s scrubbed in for the new owner.

The upgraded wheels and exhaust shave nearly over 40 pounds, putting this road-legal Ninja closer to its track-only H2R sibling in terms of weight. Adult-owned, never raced, and always babied, the sale of this H2 also includes a commemorative box from Kawasaki that includes the owners and shop manuals, coffee table book on the history of the illustrious H2, and keychain.

The stock exhaust and wheels are included in the sale. 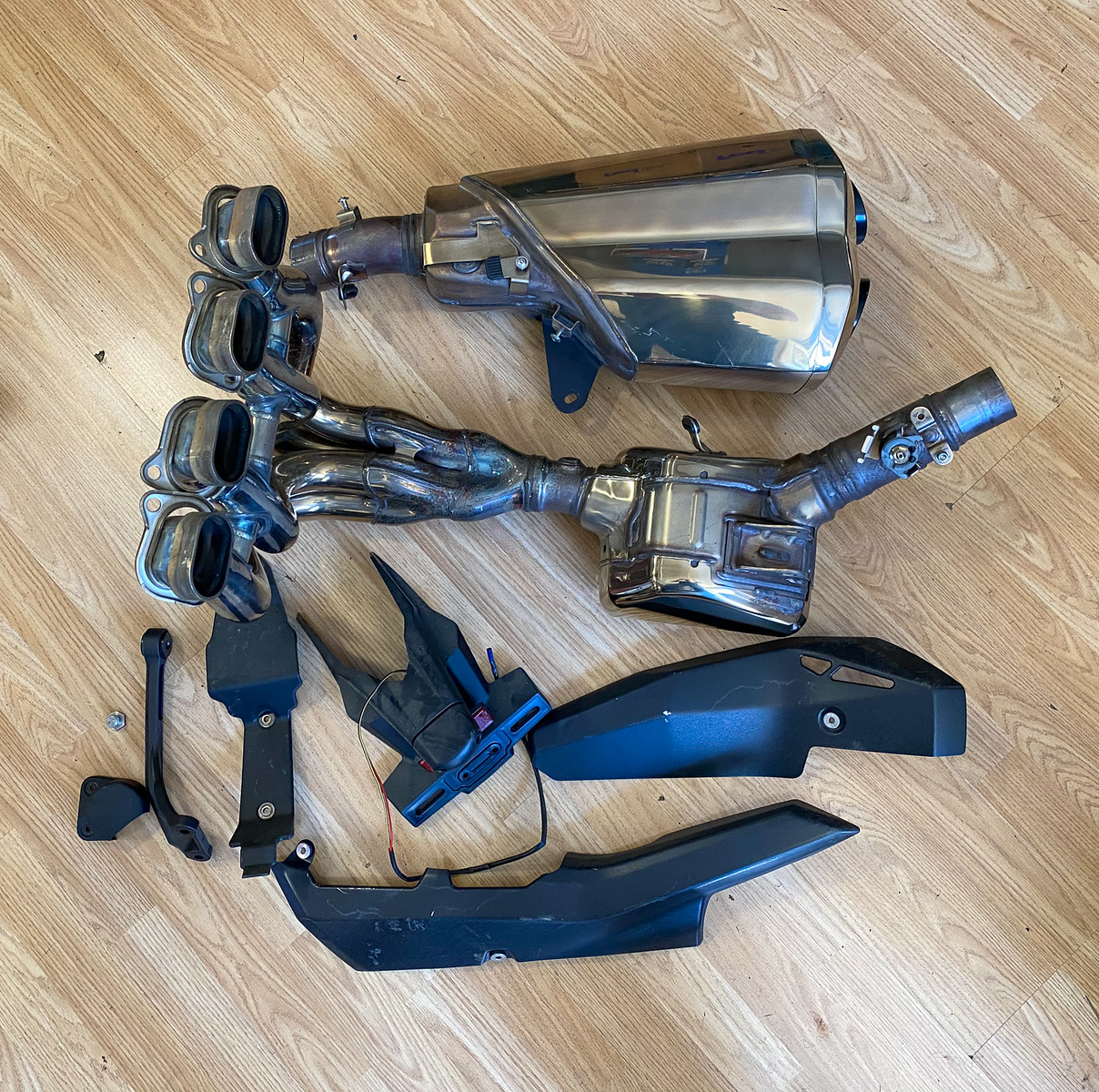 It’s been nearly five years since Kawasaki debuted supercharging on a production motorcycle with the H2, and no manufacturer has matched them as of yet. This H2 gives you all the joy of a supercharger whine while still allowing you to legally enjoy it on the street. 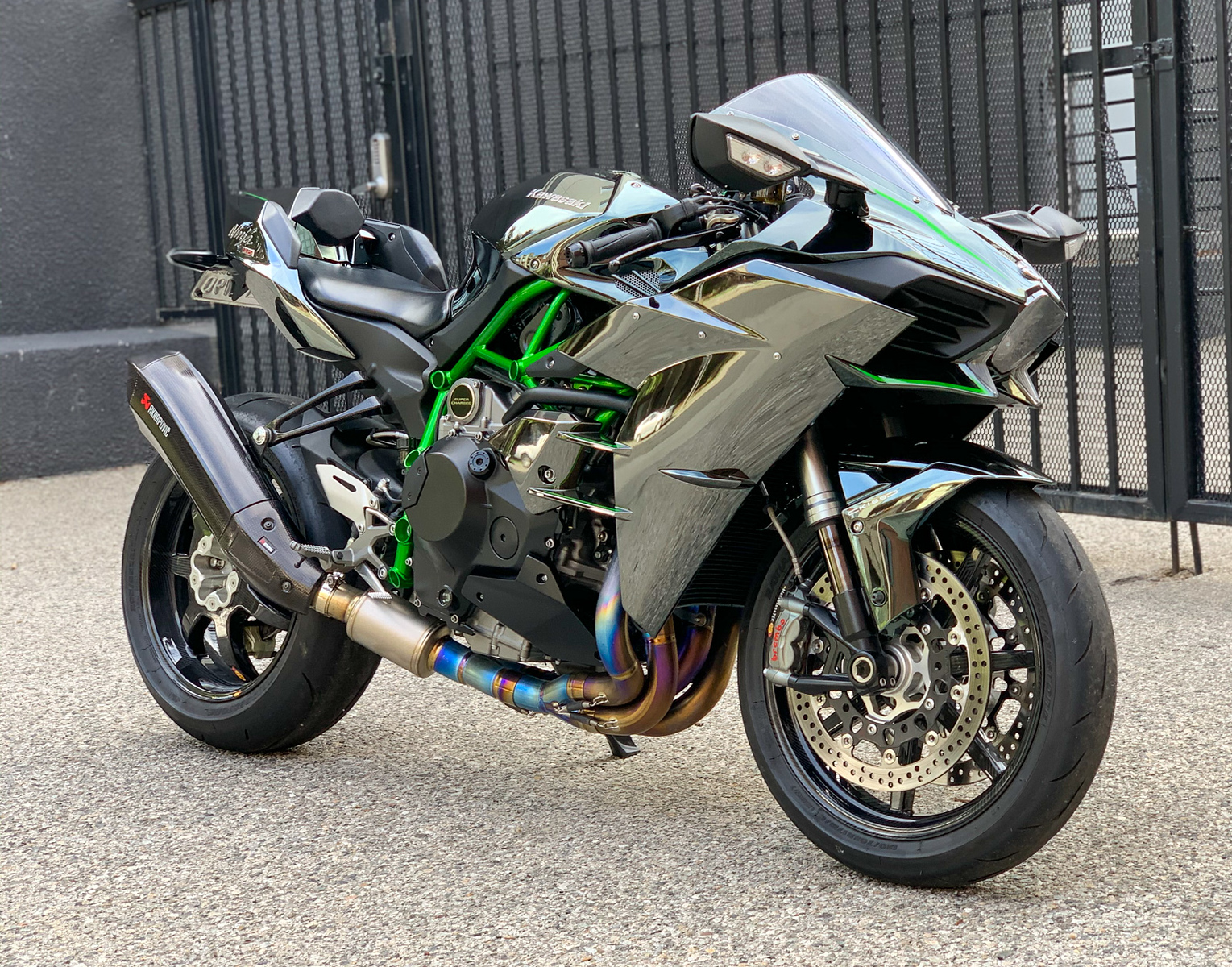