Additional photos of this Yamaha R1M are available here for your perusal.

The motorcycle division of Yamaha was founded in 1955 and was headed by Genichi Kawakami. Yamaha’s initial product was a 125 cc two-cycle, single cylinder motorcycle, the YA-1, which was a copy of the German DKW RT125. The YA-1 was a competitive success at racing from the beginning, winning not only the 125cc class in the Mt. Fuji Ascent, but also sweeping the podium in the All Japan Autobike Endurance Road Race that same year. The YD-1 of 1957 was a 250cc two-stroke twin cylinder motorcycle resembling earlier models, but with a larger and more powerful motor. A performance version of this bike, the YDS-1, housed the 250cc two-stroke twin in a double down-tube cradle frame and offered the first five-speed transmission in a Japanese motorcycle. But it wouldn’t be until 1976 when Yamaha would answer their Japanese competition with a multi-cylinder four stroke of their own – the XS750, a 750cc triple cylinder machine with shaft final drive. Despite being heavier and more touring oriented than its rivals, it produced an impressive string of victories in endurance racing.

By 1980, the combination of consumer preferences and environmental regulations made four strokes increasingly popular. Yamaha bucked this trend and continued to refine and sell two-strokes for the street into the 1980s. These bikes were performance oriented, water-cooled twin cylinder machines, designed to achieve excellent performance taking advantage of the lower weight of two strokes. A more popular and practical high-performance model for the street was introduced in 1985, the FZ750. It was an innovative 750cc four-stroke inline four-cylinder model. It was the first motorcycle to feature a five valve cylinder head, something Yamaha became well known for. In 1998, Yamaha marketed a 1000cc four cylinder road bike called the R1 – this model introduced a new style of gearbox design which shortened the overall length of the motor/gearbox case, to allow a more compact unit. This, in turn allowed the motor to be placed in the frame further forward, designed to improve handling. In motorcycle racing, Yamaha has won 39 world championships, including 6 in MotoGP and 9 in the 500 cc two-stroke classes, and 1 in World Superbike. In addition, they have recorded 208 victories at the Isle of Man TT. 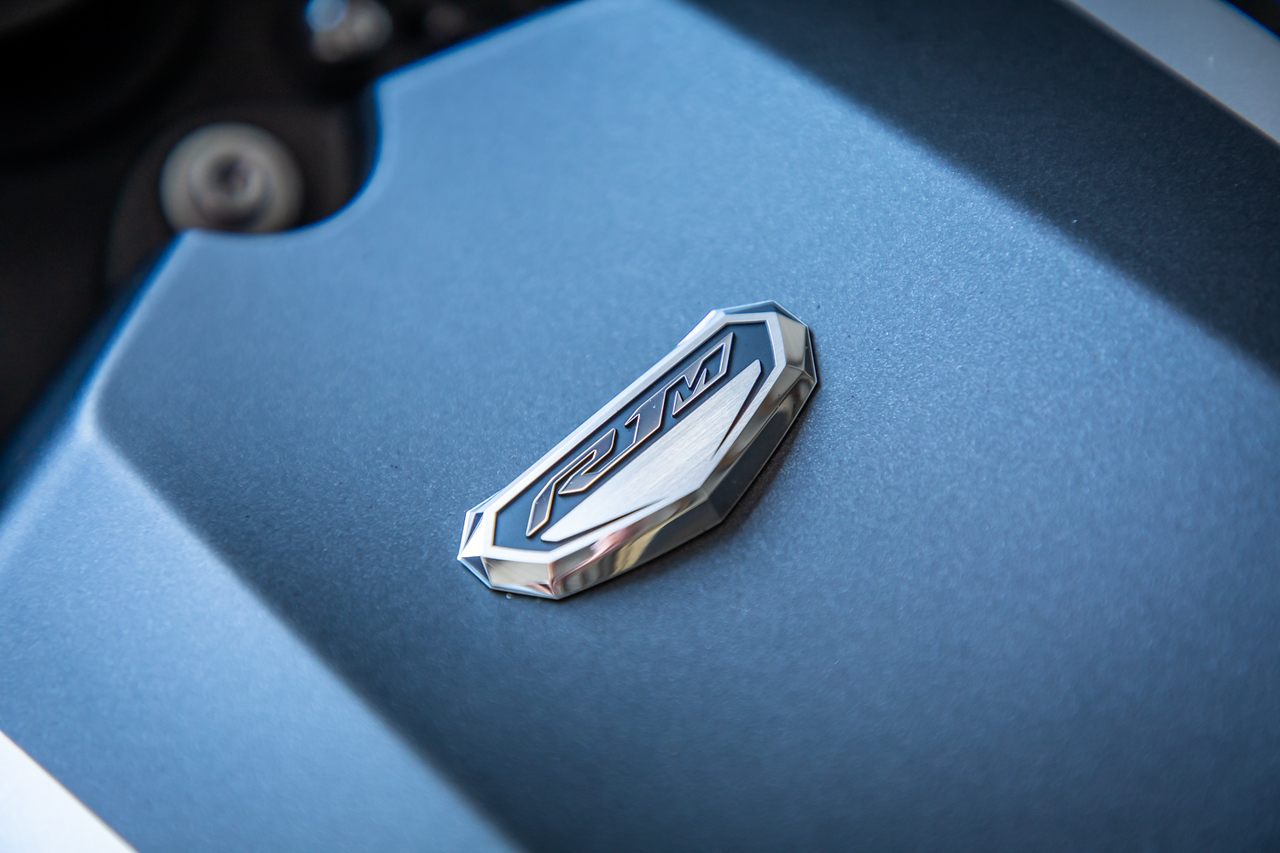 In 2015, when the DOHC inline-four 998 cc Yamaha R1 was released, reviewers proclaimed it with words like “best ever” and “pinnacle of motorcycling.” The R1 was very good; the R1M was better. The R1M jettisoned the standard model’s KYB suspension for Öhlins Electronic Racing Suspension (ERS), a fork and shock similar to what’s found on Ducati’s 1299 Panigale. With this suspension, Öhlins and Yamaha have essentially divided the riding into different events instead of trying to look every millisecond at what the chassis is doing and makes the necessary adjustments to the damping to provide the optimum performance for that situation.

Yamaha also stiffened the front spring rate by 16 percent and the rear spring rate by 2 percent. The R1M came standard with Yamaha’s Communication Control Unit (CCU), which enables you to communicate with the bike through a tablet or smartphone app and upload your settings for the various rider aids, opening the door to Yamaha’s Y-TRAC data-logging program. A total of 21 different channels are available for analyzing things like throttle opening, speed, lean angle, brake pressure, engine rpm, and more. Yamaha has sharpened the R1M’s appeal with a dose of carbon fiber as well on the front fender, headlight cowling, side fairing, and passenger seat cowl, along with a polished swing arm and hand buffed polished aluminum tank.

This 2015 Yamaha R1M (VIN: JYARN40E1FA000096) is in excellent condition with 2,984 miles on the odometer and it’s been recently serviced with new tires. It’s offered by the original owner, who kept the spare key and all paperwork in little bags. Please note that the Communication Control Unit transponder was never mounted by the original owner, but it is included in the sale. This R1M is almost perfect – the one flaw we note is a pair of scratches on the left side of the front fairing.

In many respects, the R1M is the best production motorcycle that Yamaha has ever made. Here’s your chance for a low VIN, first-year example that you won’t feel bad about putting miles on and enjoying at speed!