Click here for an CycleVIN Motorcycle History Report on this MotoAmerica Superbike. Additional photos are available here for your perusal.

Today we have something truly iconic on offer – the factory Yoshimura-Suzuki GSX-R1000 as raced by Toni “The Tiger” Elias in the 2016 MotoAmerica season. At the heart of Toni’s MotoAmerica mount is a ridiculously massaged inline-four that makes an insane 221 hp at the wheel (when using VP’s $32-a-gallon MR12 race fuel). And with a wet weight of only 370 lbs, the Yosh-Zook Gixxer clocks in at over 70 lbs lighter than the standard production GSX-R1K. 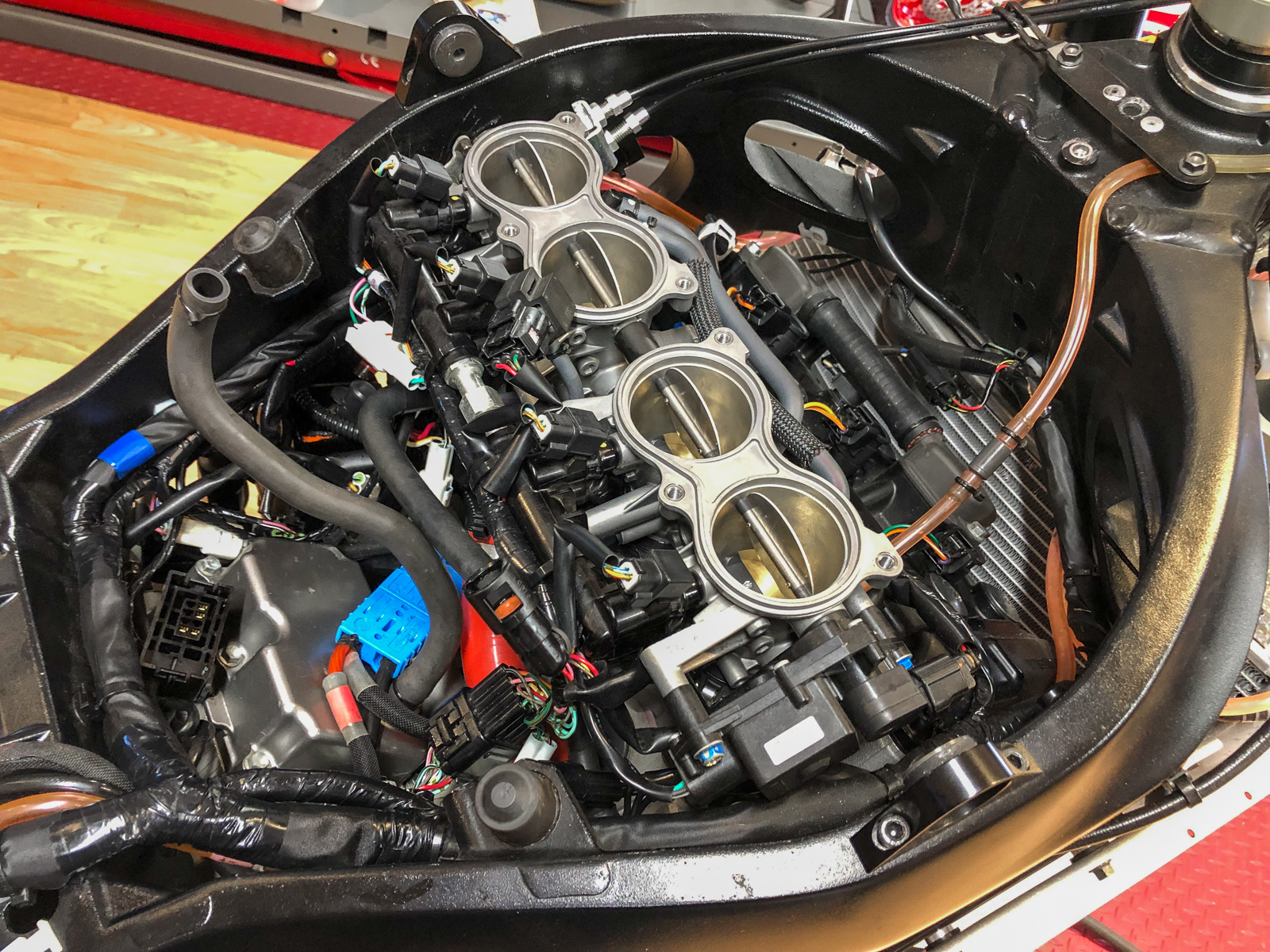 Well over a quarter-million dollars went into developing and building the #24 race bike, and it shows. Highlights include an array of ultra trick one-off Yoshimura parts like the billet subframe, hand-formed tank, radiator, and full titanium “Alpha” exhaust.

Elias rode this exact bike during the 2016 MotoAmerica season where the (now) 36-year-old Spaniard kicked-off the series by winning Races 1 and 2 of the opening round. The former Moto2 champ went on to secure several more race wins that year, ultimately finishing out the season in third place, just one point behind Josh Hayes (and seven points behind 2016 champ, Cameron Beaubier).

Unlike most factory racers, which are stripped of various trick bits after the season’s conclusion, this pro-grade track weapon is exactly as it was when last piloted by Elias in the final race in 2016. It is offered with a bill of sale.

The wildly trick hardware on Elias’ racer doesn’t just allow for world-class performance, but the collection of go-fast-bits also look incredible. Whether you’re shopping for the ultimate track day tool, or want a truly incredible display piece, it doesn’t get much better than this. Regardless of how deep your pockets are, it’s seldom that mere mortals are bestowed the opportunity to obtain a machine of this caliber.