Additional photos of this 1986 Suzuki RB50 GAG are available here for your perusal.

In the 80s, motorcycle manufacturers were attempting to reach new riders by developing smaller size toys. Honda had the Mini Trail, Kawasaki had the KV, and Yamaha had a street option with the YSR. Suzuki had the RV50 for the dirt as well as a full-faired baby sportbike, the RB50 GAG. The RB, released in 1986, featured 4 different liveries: red/white, a grey/white tribute to a bomber plane, a pink “Little Racing” livery complete with a few rabbits, and a blue/white replica of its bigger GSX-R brothers.

Despite the toy-like nature, the RB actually had a proper aluminum box frame, hydraulic disc brake at the front and full-floater aluminum swingarm. The 141-pound bike was powered by a small 4-stroke 5.2hp engine. Suzuki offered the RB50 (sold as the GSX-R50 in the UK) for just a couple of years, making them as rare as they are smile-inducing. 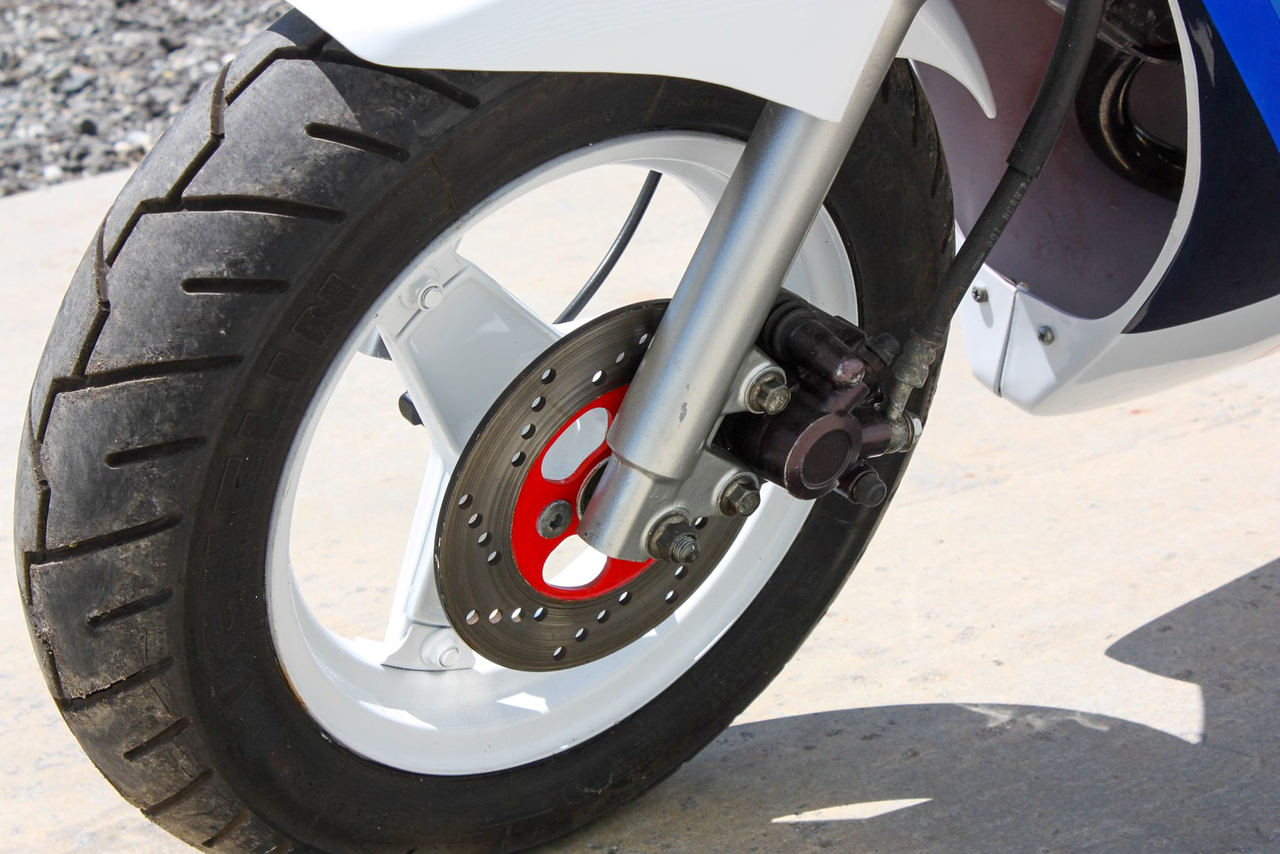 This Suzuki has several upgrades, including a 89cc engine kit, upgraded camshaft, upgraded carb, and an aftermarket oil cooler.

It’s also got a full exhaust. 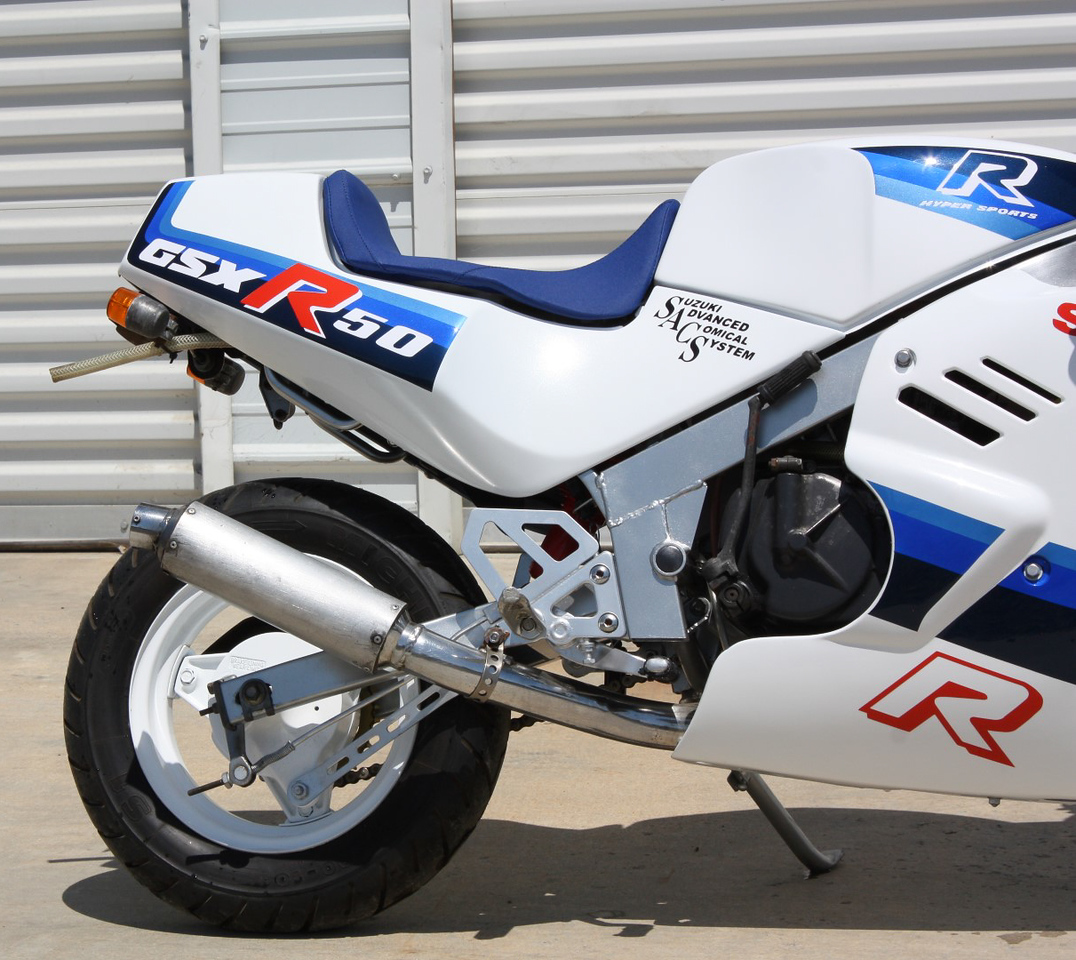 Though there is some corrosion and rust as shown, the bike was completely repainted in 2019.

This bike was sitting for some time, however the seller recently cleaned the carbs, installed new fuel lines, and installed a new battery. He brought it to us for some new fuel lines, and of course a test ride (see the video up top). It now runs great, though we recommend the next owner install new tires if they plan on riding this regularly – our White Glove service would be glad to help arrange that before delivery!

The seller is letting this go as he is liquidating his entire collection in preparation for a move – you may have seen his recent sale of a RZV500R here on Iconic Motorbike Auctions. Have any stories about the GAG or any questions about this listing? Let us know in the comments!

Your bid confirmed it. The market is nuts. Time to sell the fleet for top dollar!!😀