Additional photos of this 1998 Aprilia RS250 Cup are available here for your perusal.

Sold between 1995-2002, the RS250 Cup was designed to pay homage to Aprilia’s success in the 250 GP championships. Powered by a modified Suzuki 250cc originally designed by Rotax, Aprilia made some of their own changes and made one of the most desirable 250’s to ever hit American shores.

A letter from Zero Gravity (a US importer of Aprilia RS250 Cup Challenge bikes) as noted on the Aprilia Forum says that “in 1997 Aprilia brought some demo bikes to the U.S., including about 12 Cup Challenge kitted RS250’s, to take around to dealers across the country to see if there was any interest in the Aprilia brand and to drum up interest for a possible U.S. Aprilia Cup Challenge. At the end of the year they hired us to store their demo bikes and to test the Cup Challenge bikes at the track with our then rider Jake Zemke. They also wanted us to first set up and produce a U.S. Aprilia Cup Challenge and then run a superbike team in the AMA nationals.”

“One of the problems was that two strokes were banned in the U.S. except for closed circuit racing or off road use. And the Dept. of Transportation did not want Aprilia to import street legal two stroke bikes (with 17 digit VIN’s) with the idea that the new bike owners would then convert them for race use. This scenario left open the possibility that the new owner would purchase a bike, not convert it to race use and register it to ride legally on the street. So Aprilia agreed to build the U.S. Cup Challenge bikes at their factory in Italy and give them 15 digit VIN’s so they would not be able to be registered for street use in the U.S.”

The seller acquired it less than a year ago from a private party in Northern California. Since then he’s done 5 sessions at local track days with it. The odometer shows 4,979kilometers (3,093 miles).

“I bought this bike to be a spare trackday/race bike. I have decided that it is time to move on to more power and have started building a new race bike (a BMW S1000RR) and there is only some much room in the shop. This bike has been a blast to ride and it turns heads in pit lane. It would be better served by a young rider looking to take the next step or an avid Aprilia fan that knows what these bikes represent.” 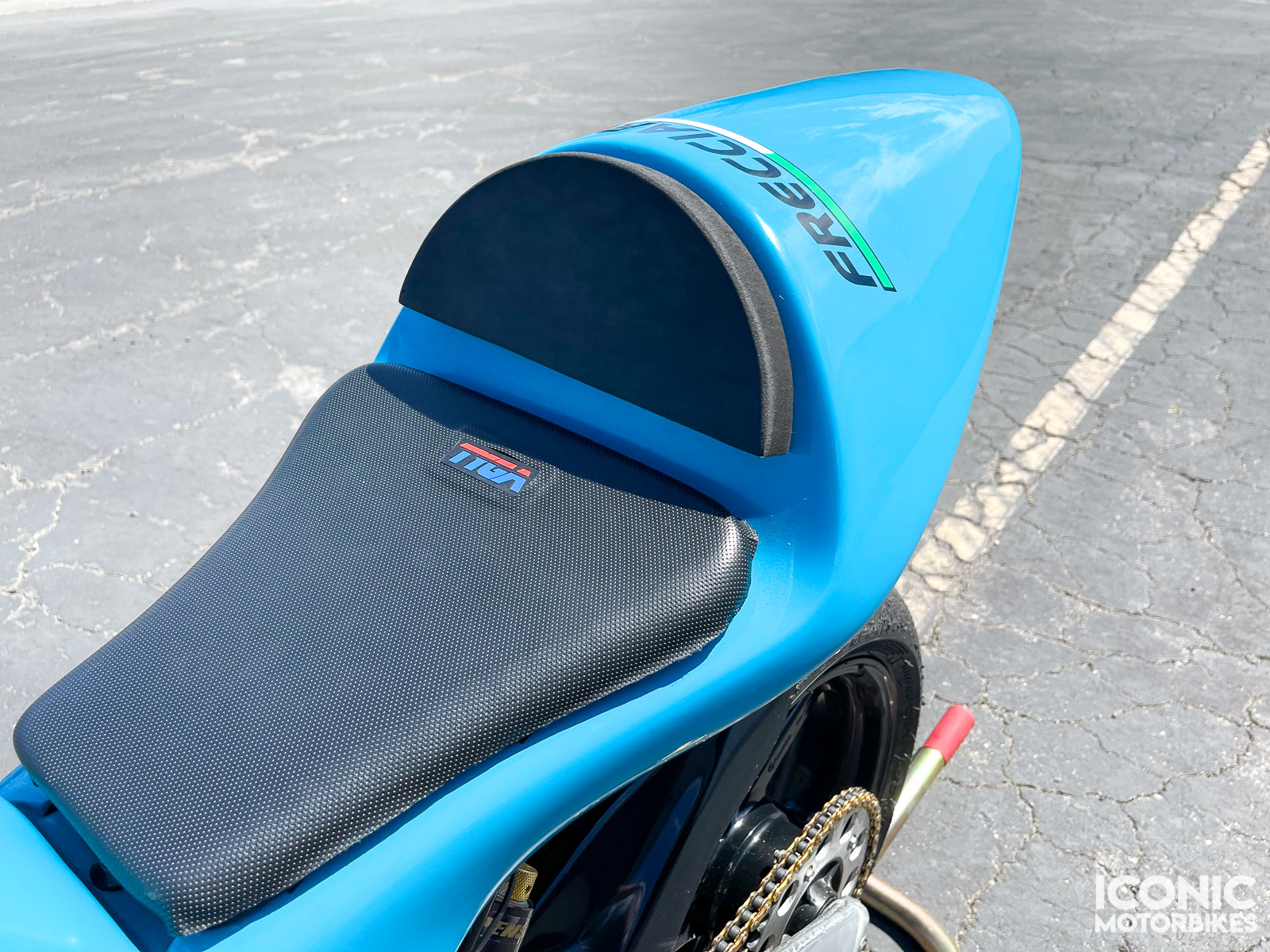 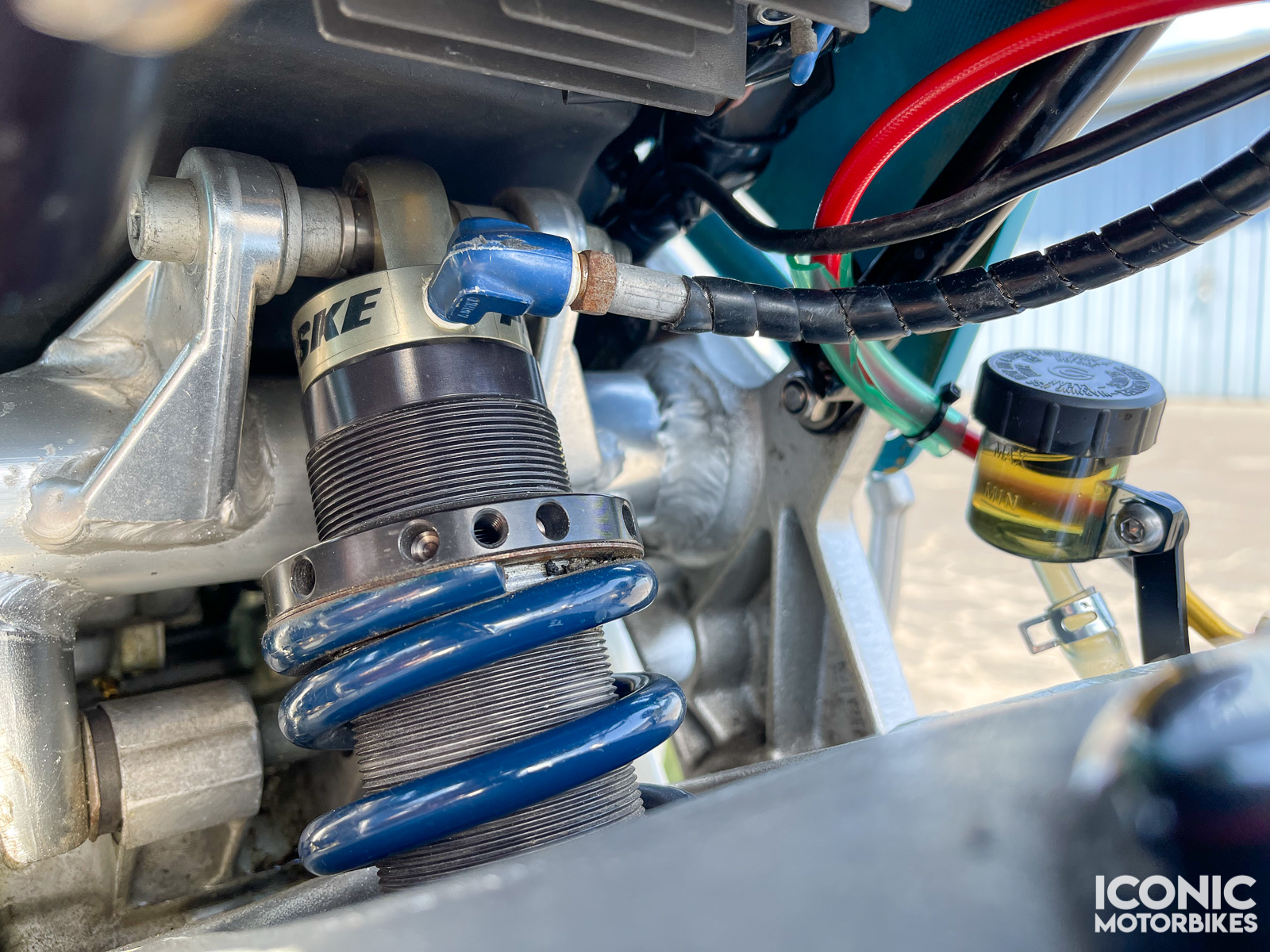 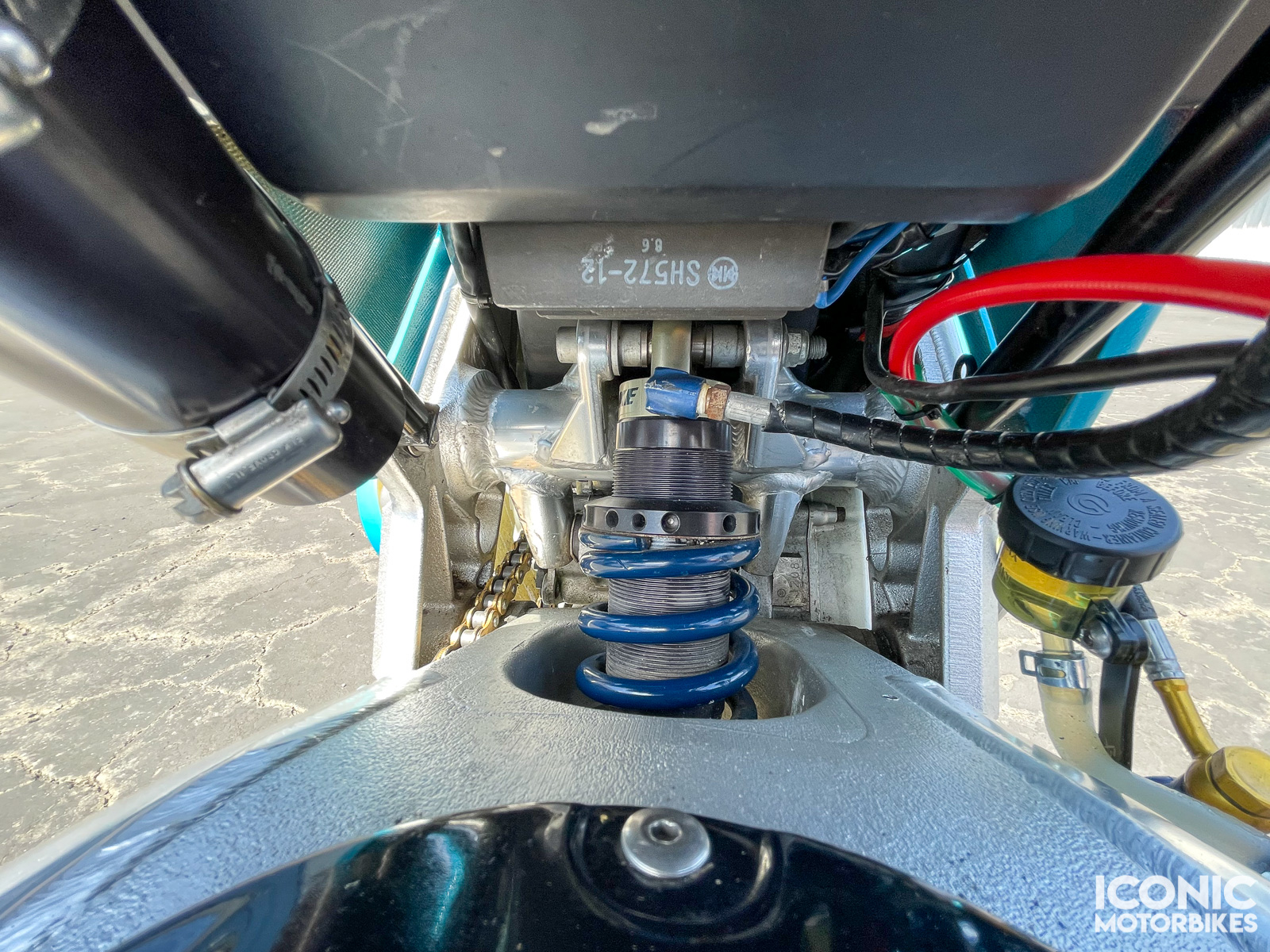 Not pictured is an Aprilia race ECU.

Cosmetic Blemishes:
“It has a few scuffs and scrapes but for a 1998 race bike its in really good shape. It has fresh paint on the body work.”

The seller states that “the tach needs to be reset after sitting because I would disconnect the battery in between track days.” It currently shows ~6k rpm when the bike is idling, as shown in the running video up top. 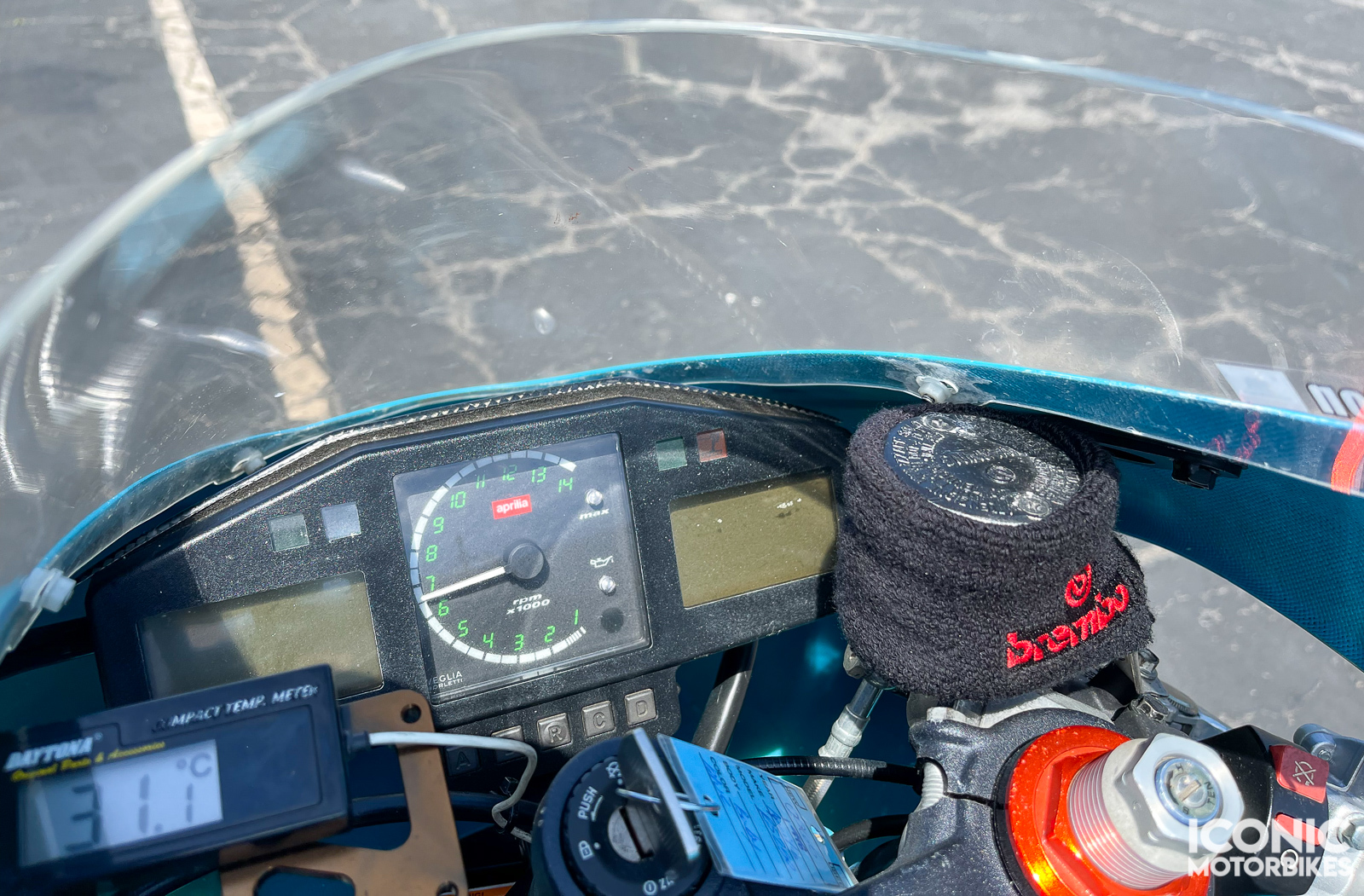 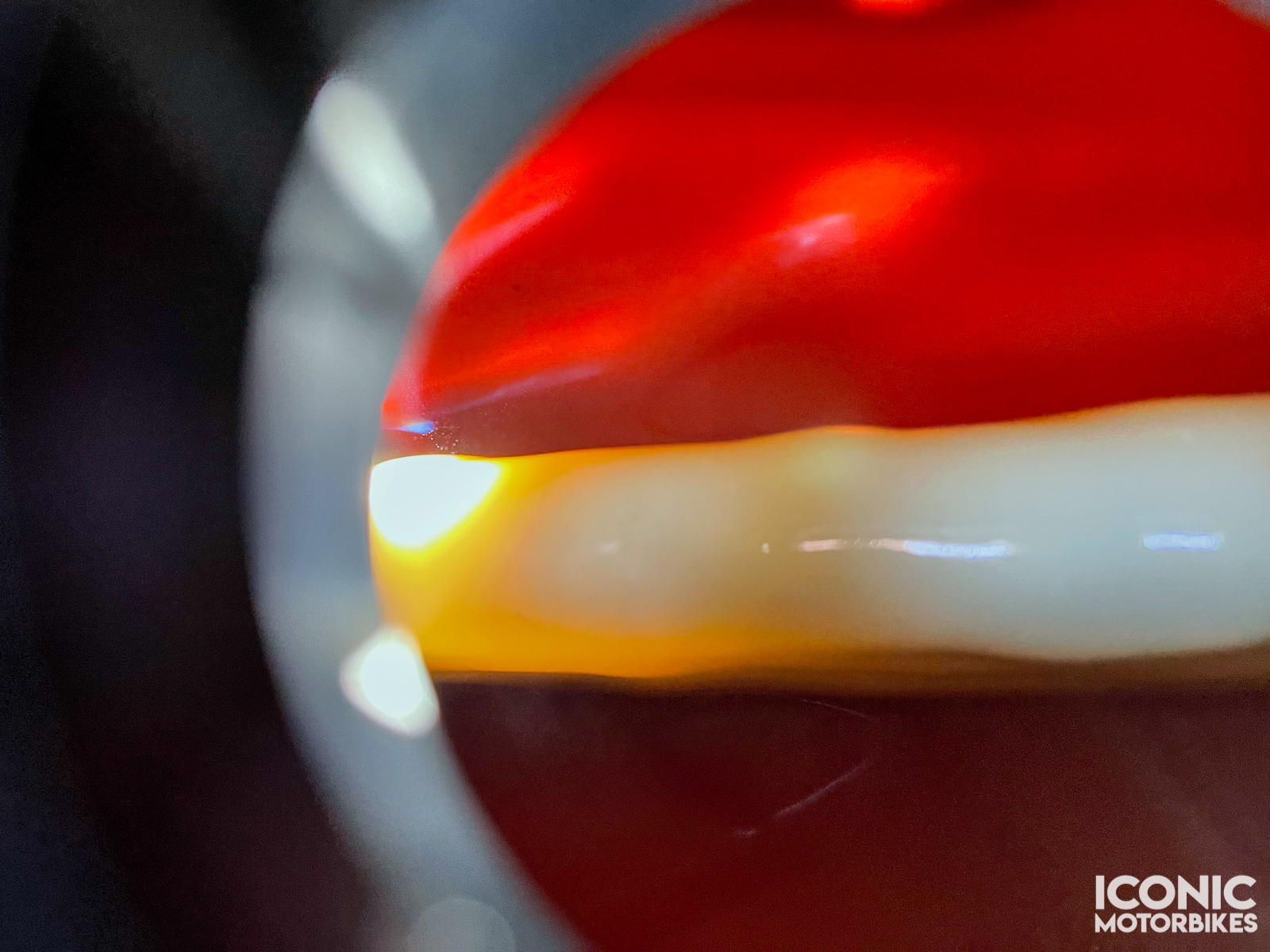 Currently located at our facility in Santa Monica, California (please make an appointment for an inspection), this Aprilia is offered on a Bill of Sale only. Have any RS250 stories or questions about this listing? Let us know in the comments!