Additional photos of this Honda CBR929RR Erion are available here for your perusal.

Honda set a new benchmark with the 900RR and enjoyed years on top of the superbike food chain, but everything changed in 1998 when Yamaha released the first R1. Seemingly overnight, the tuning fork company had not only caught up with Big Red, but leap-frogged the firm. According to Tadao Baba, the original designer of the RR, the 929 was actually slated for release in 2002 but Honda fast-tracked the model after the R1’s release and managed to debut it a full two years earlier than initially scheduled.

Far from a warmed-over, slightly bored-out version of its predecessor, the 929 was an all-new model. In fact, the only pieces that were interchangeable from the outgoing model were the countershaft sprocket and clutch plates – everything else was completely novel. At the heart of the 929 was an all-new over square engine that made some major advancements over the first Fireblade. Thanks to a cleverly-designed high-flowing cylinder head and a bevy of trick lightweight internals, the 929 produced significantly more power than the 900 at higher RPM. The 929 also featured Honda’s PGM-FI (Programmable digital electronic fuel injection) and 40mm Keihin throttle bodies — with one injector per cylinder — developed with Honda specifically for the 929.

The 929 offered excellent handling, largely thanks to its new “pivot-less” frame design. Gone was the old perimeter structure, and in its place was a twin-spar aluminum unit which utilized the powertrain as a stressed member and mounting point for the swingarm and backbone. While the original 900RR featured a front-end designed to look like an inverted unit, the 929 featured an actual pair of upside-down forks; a 43mm HMAS (Honda Multi-Action System) set that was fully adjustable, just like the piggyback-reservoir-equipped monoshock. Stopping power came from dual 330mm discs pinched by four-pot Nissin calipers, and as Cycle World put it, they “refuse to fade”.

Though it was only produced for two-years prior to being replaced by the CBR954RR, the 929 did receive a few minor updates such as a revised ECU for 2001. That same year, Big Red also introduced several new liveries for the 929, including a limited edition Erion Racing version to celebrate the team’s ample competition success. Founded by AMA National titleholder and former racer, Kevin Erion, Erion Racing is an American race team with a whopping 14 AMA National Championships under its belt. The team utilizes Hondas and managed to win four consecutive titles in the Formula Xtreme series from 1997 through 2000 (and then again in 2006 and 2007).

With Dan Kyle of Kyle Racing fame (also former Two Brothers Racing crew chief and two-time AMA Tuner of the Year recipient) serving as Erion’s lead mechanic, the team become a major force to be reckoned with. Erion loved Honda’s bikes, and Honda loved seeing Erion win race after race on their machines. “When you are fortunate enough to align yourself with a company such as Honda you can count on the quality and performance of the machines,” stated Erion. “It’s our job to get the most out of the support we receive, and that takes a concerted effort by everyone on our team.” The Erion Racing Edition CBR929RR featured a black, white, and red livery borrowed straight from the team’s AMA race bike.

Originally sold in Canada, this CBR929RR (VIN: JH2SC442XYM000733) was given to us to make up for a bike that had some paperwork issues. Because of that, we’d like to make things exciting by offering it up at no reserve!

It was imported from Canada and is offered with a bill of sale and a Canadian title. Count on a VIN check at your local DMV and a title application – it will take some work but it can be titled in most states. Our White Glove service can assist but expect it to take some time with how backed up DMVs are at this moment.

The previous owner never got around to sourcing a USA title as the bike wouldn’t run right – we found cracked throttle bodies to be the culprit and replaced them. We also installed a new Yuasa battery, replaced the air box and velocity stacks, and performed an oil change.

It is equipped with polished wheels and Galfer front rotors.

There are a few cosmetic issues with minor scratches all over, a chip in the tank near the fuel cap, and an over-tightened windshield mounting screw. Photos of all known cosmetic flaws are included in the album up top. 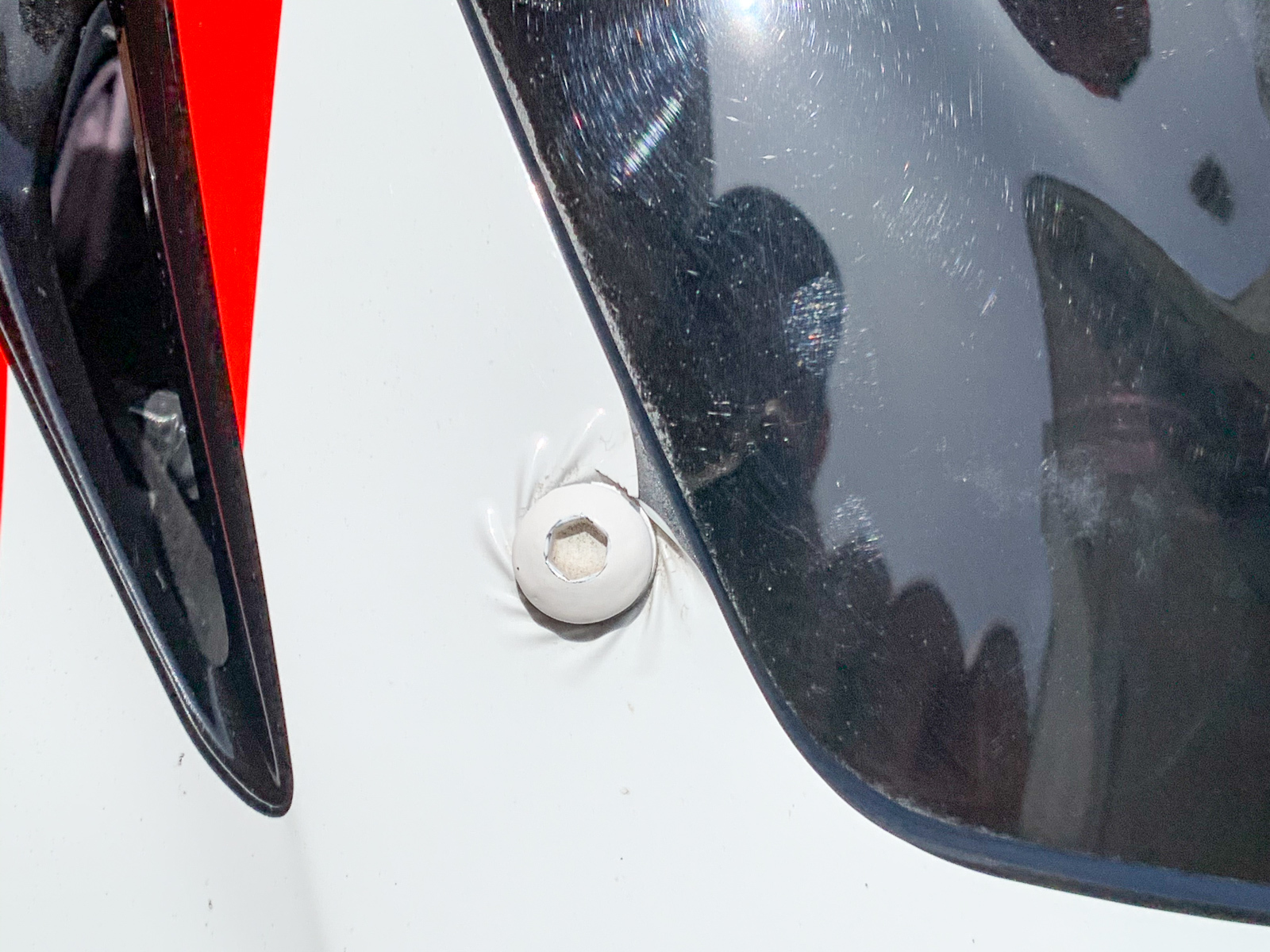 Offered with no reserve, this bike is guaranteed to find a new home – will it be yours? 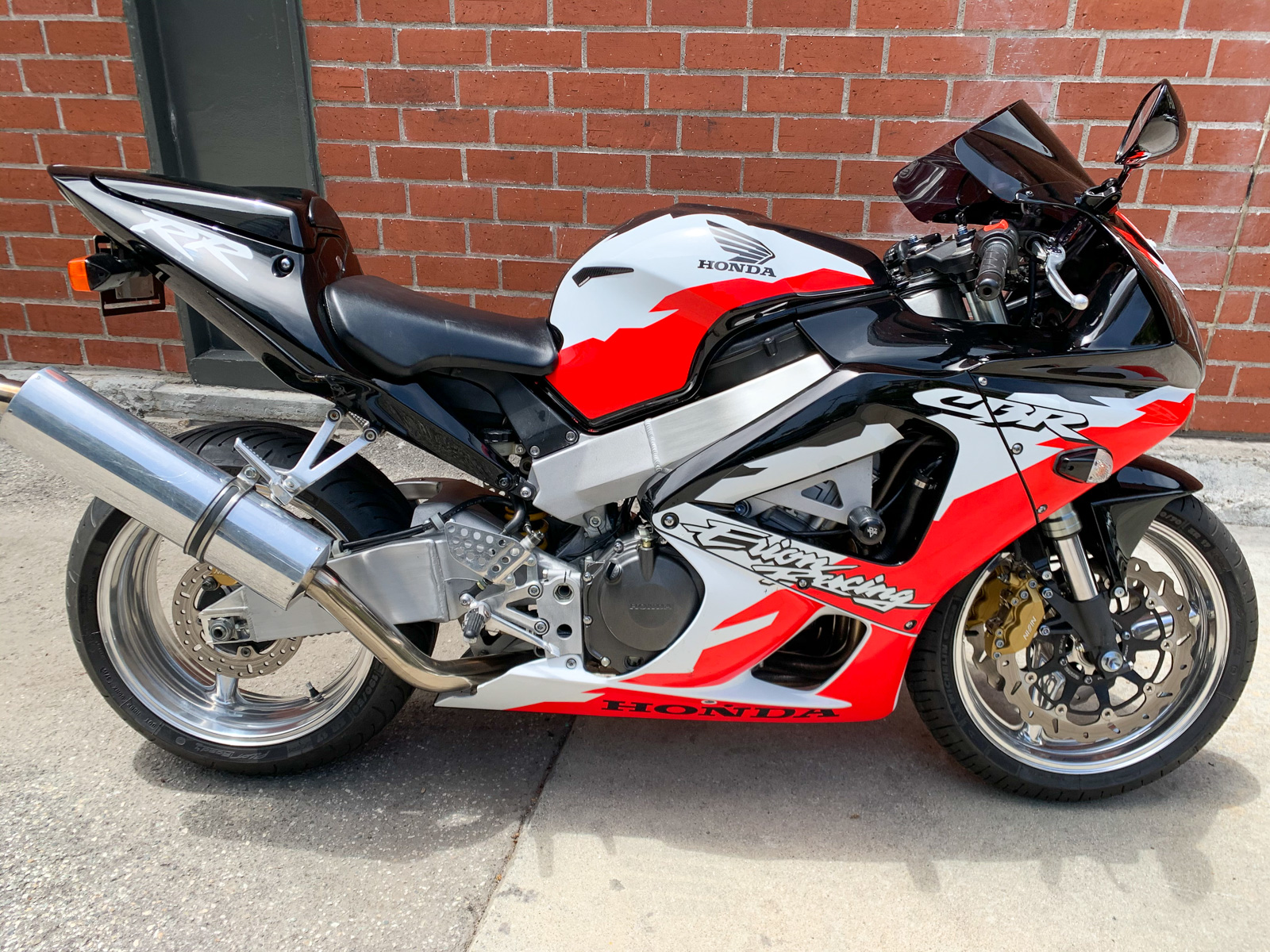