Click here for an CycleVIN Motorcycle History Report on this 2003 Aprilia Tuono Racing. Additional photos are available here for your perusal.

Unveiled in 2001 at the Bologna Motor Show, the Tuono (Italian for “thunder“) was introduced as a naked sibling to the impressive RSV Mille. Everyone knows the Tuono Factory now – it’s a constant winner of standard bike comparisons – but the precedent for a top-level Tuono was introduced to the world via a very limited-production (we’ve heard estimated between 200 and 220) called the Tuono R Limited or the Tuono Racing.

The stock Tuono was impressive in its own way, but the only-for-2003 Tuono Racing took it to the next level with high-end components including OZ wheels, Brembo radial calipers, and Ohlins suspension (forks, steering damper, and shocks).

All of the bodywork (minus the tank) was carbon fiber. 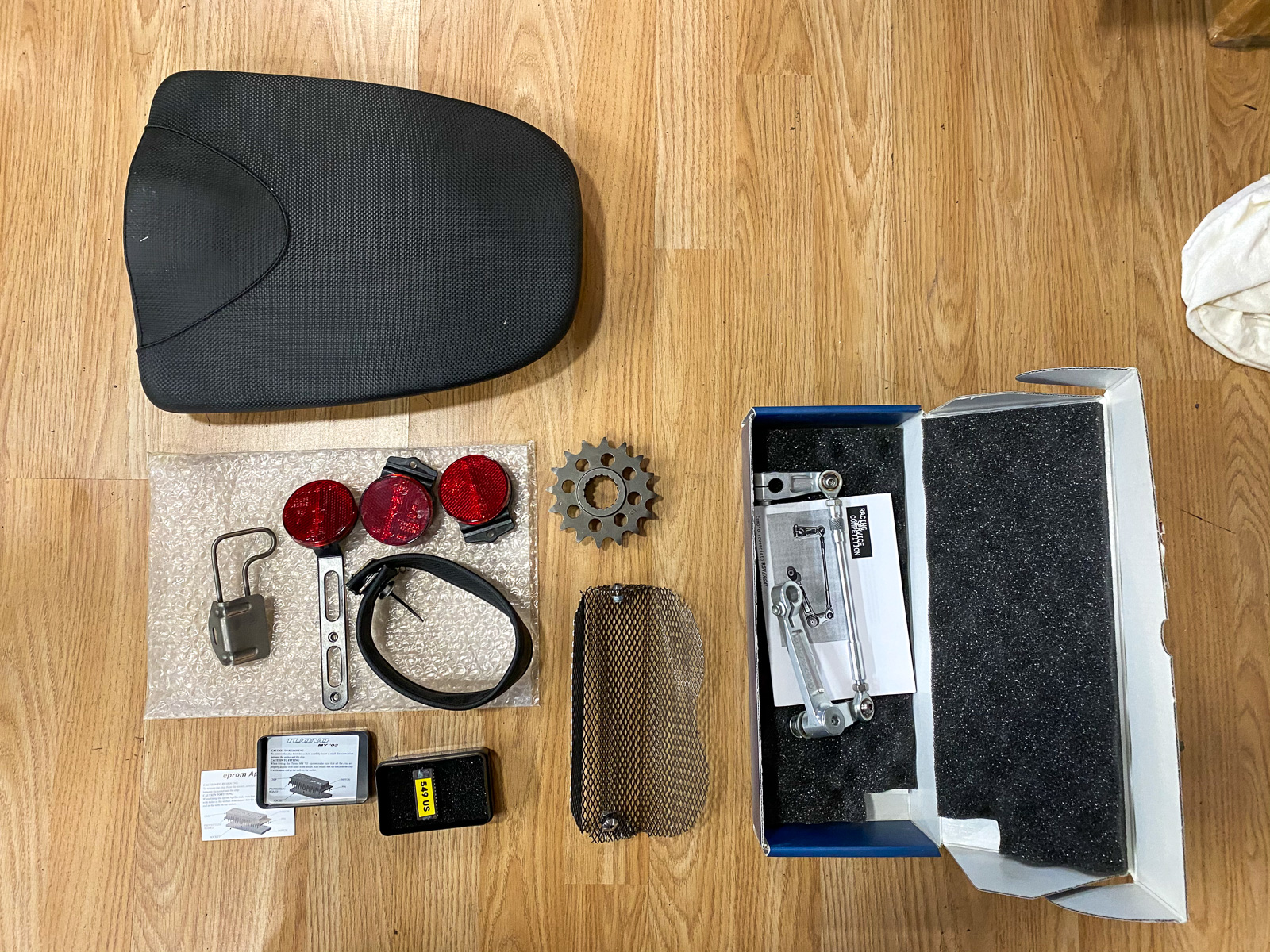 Finishing off the kit was a titanium exhaust can.

According to this review on Motorcyclist, just 50 made it to the United States. 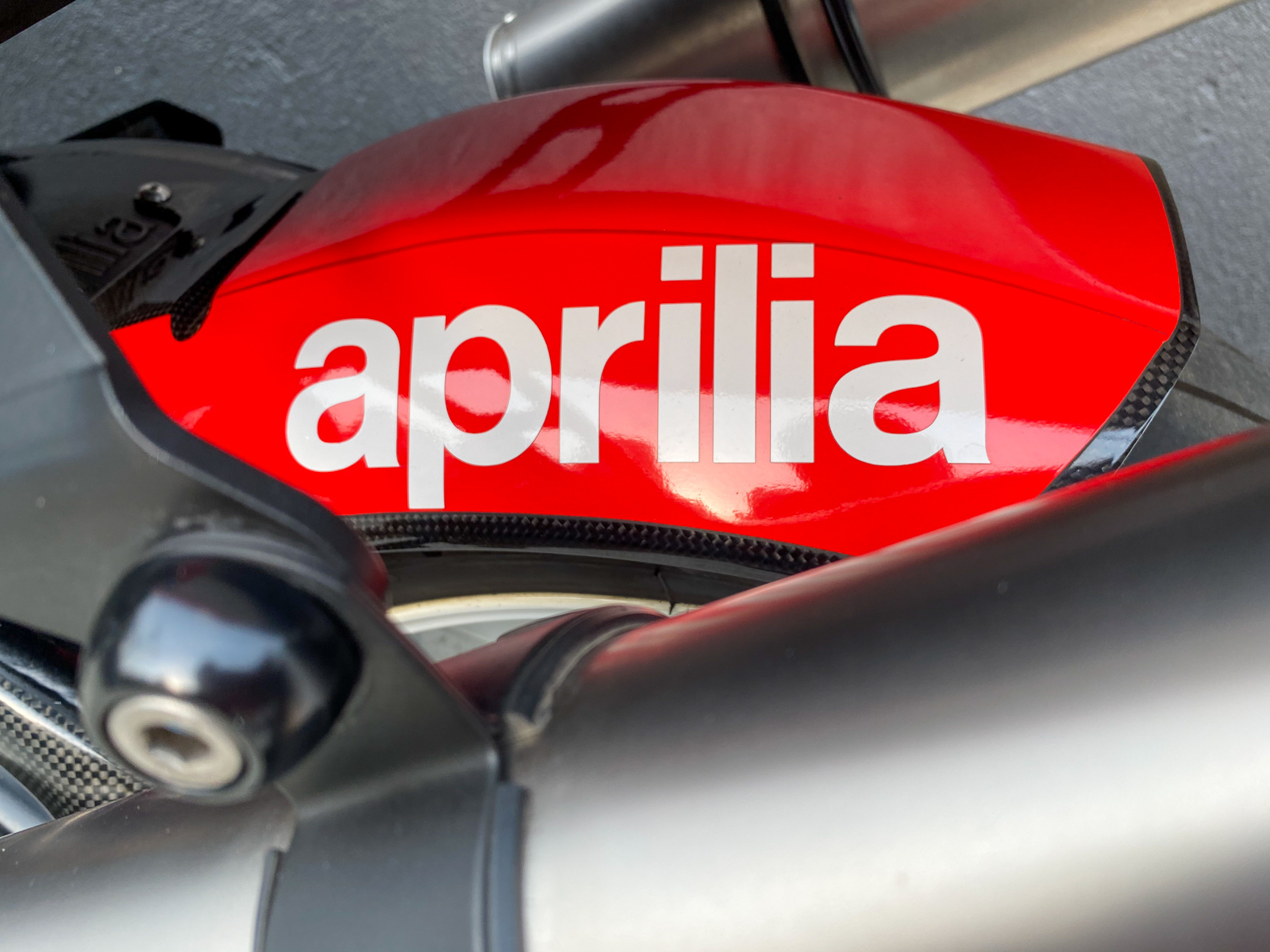 The seller of this example (VIN: ZD4RPC0593S000091) is a buddy of ours over at Yoshimura R&D of America, and he is the original owner. He bought it from Exotic Motorsports of Las Vegas in Henderson, Nevada (no longer in business).

The sale includes the MSO as well as the original purchase agreement and a receipt showing the initial purchase price of $20,075.68.

The seller immediately swapped out the stock exhaust for Leo Vince dual pipes – as he puts it, “after already owning a TLR, all twins need twin pipes.” 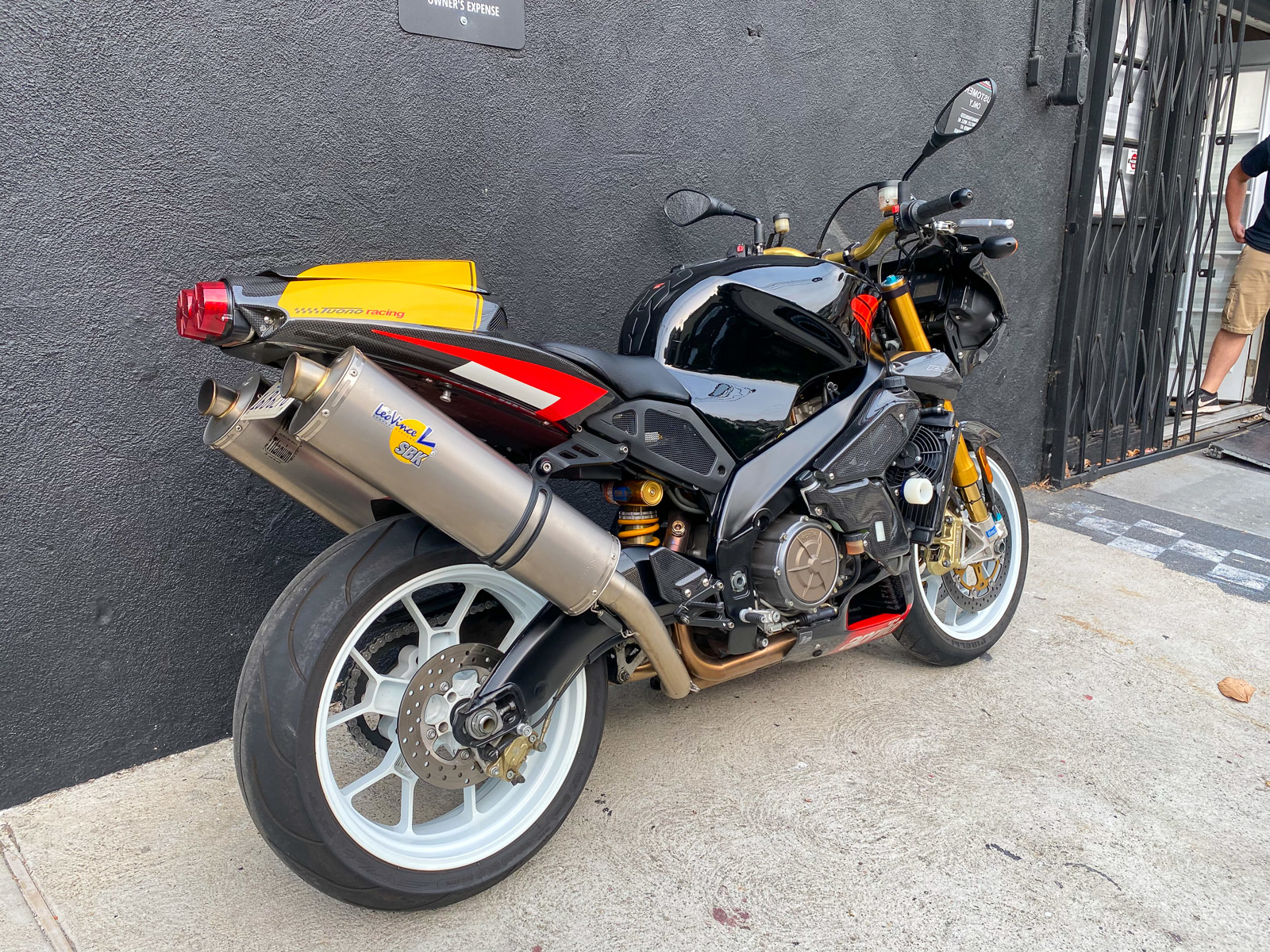 There is a tiny flaw in the clear coat on an “A” in the tank. It’s tough to see, but when the seller brought it to Aprilia’s attention they sent him a brand new spare which is included in the sale.

The seller replaced the mirrors with the OEM units from a Gen 2 (2007-2010) Tuono. The originals are included.

Per the seller, “the glare from the billet top triple clamp made it hard to see the dash while riding, so I had mine anodized black and powdercoated the front fairing bracket black, along with the foot pegs. It looked a lot better with it blacked out more.”

When the seller brought this to us to be auctioned, we gave it a clean/polish.

After these pictures were taken, we also sorted out a bad taillight connection, flushed the fluids, and cleaned the chain:

Adam’s ridden this back and forth between our two buildings a few times and says that it’s incredibly easy to ride with quite a bit of torque. He also notes that it’s very comfortable and “not a crotch burner as you may experience with the Ducati’s!”

Mechanically, this bike needs nothing. Cosmetically, we note a few small blemishes, in addition to the clearcoat issue on the tank.

Chipped paint on base of left mirror stalk.

A scratch in the longer race kit bellypan. 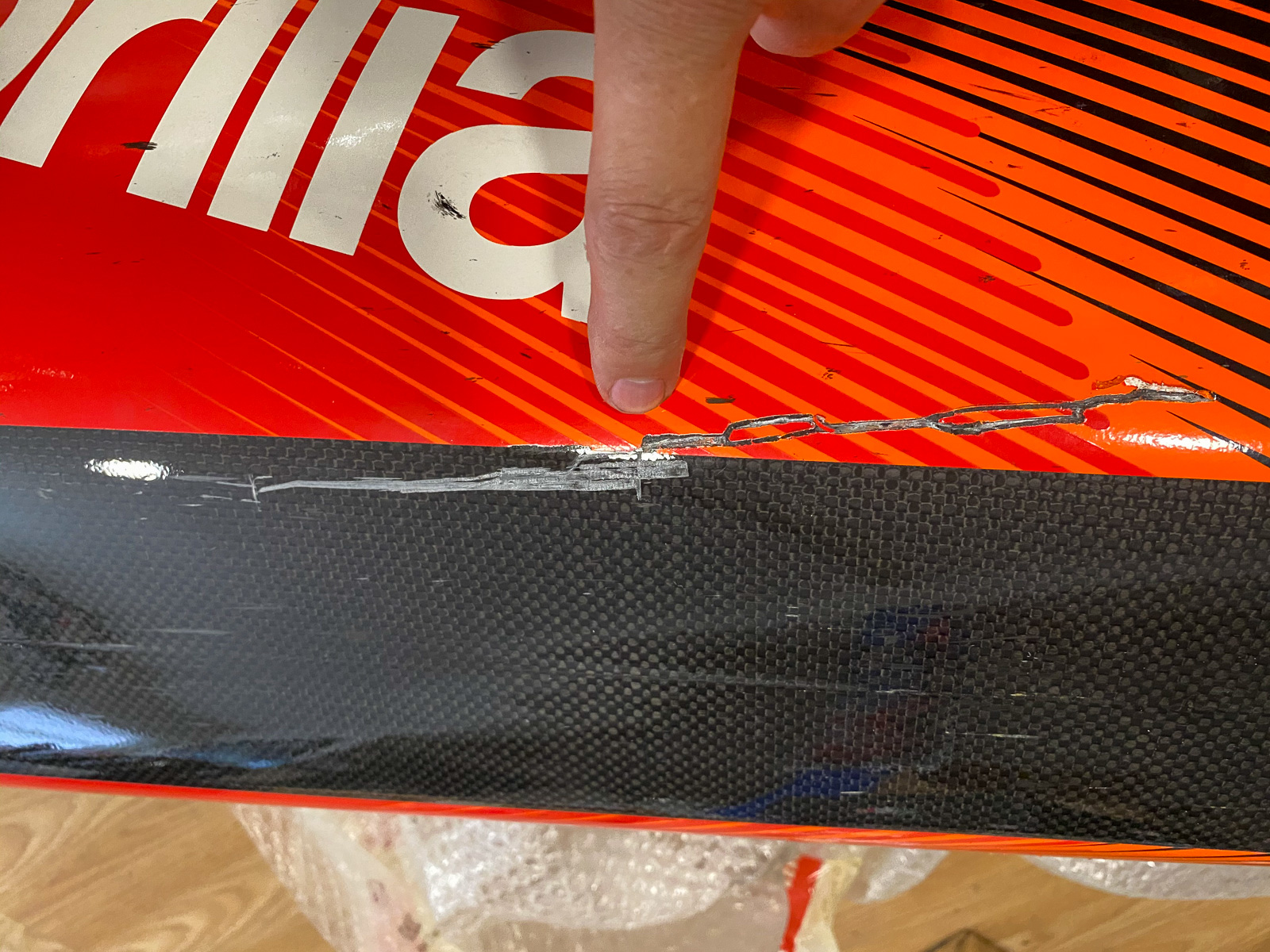 Scuffs near the chain adjusters on both sides of the swingarm. 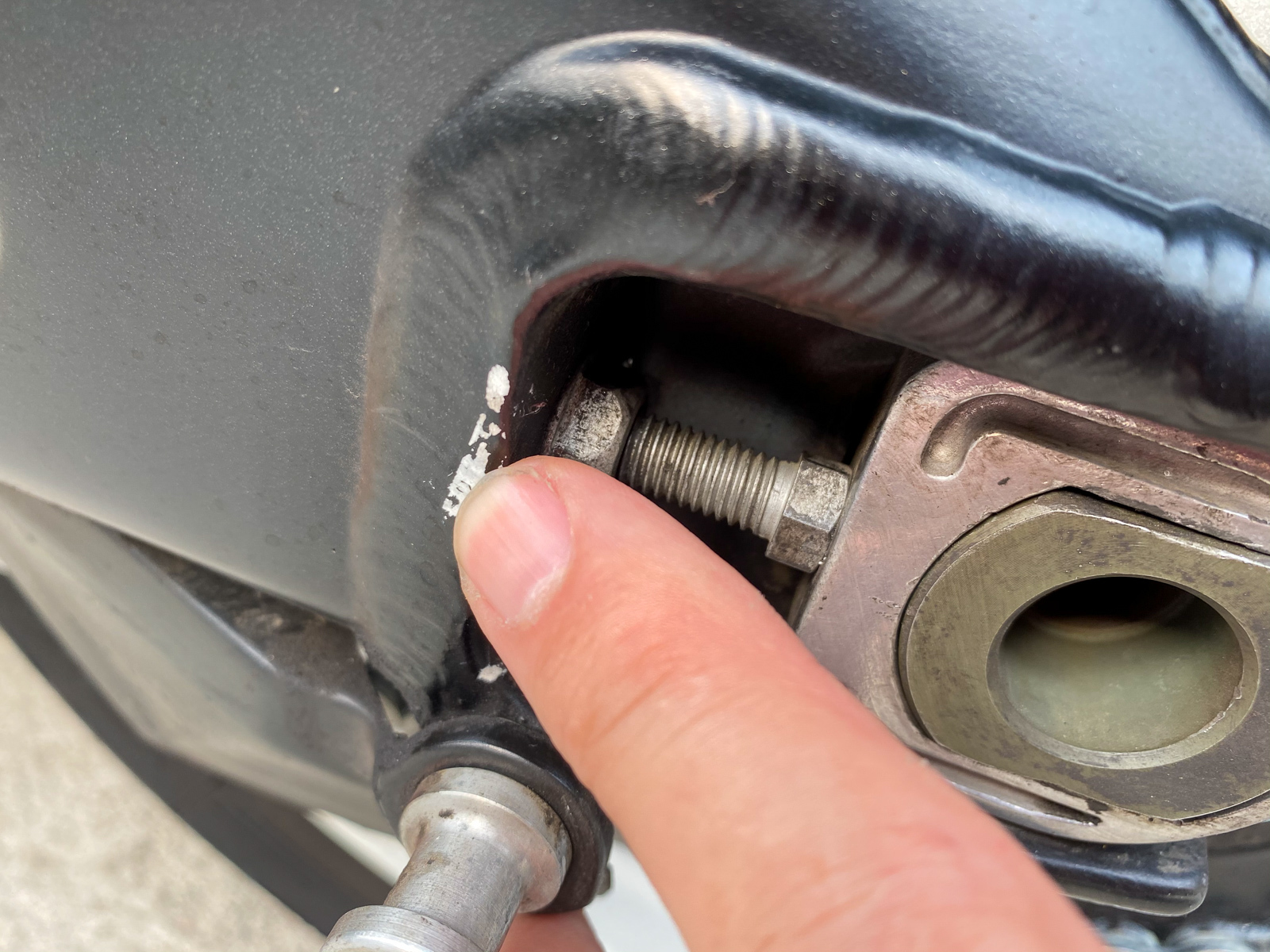 Lastly, the Ohlins label on the shock is peeling. 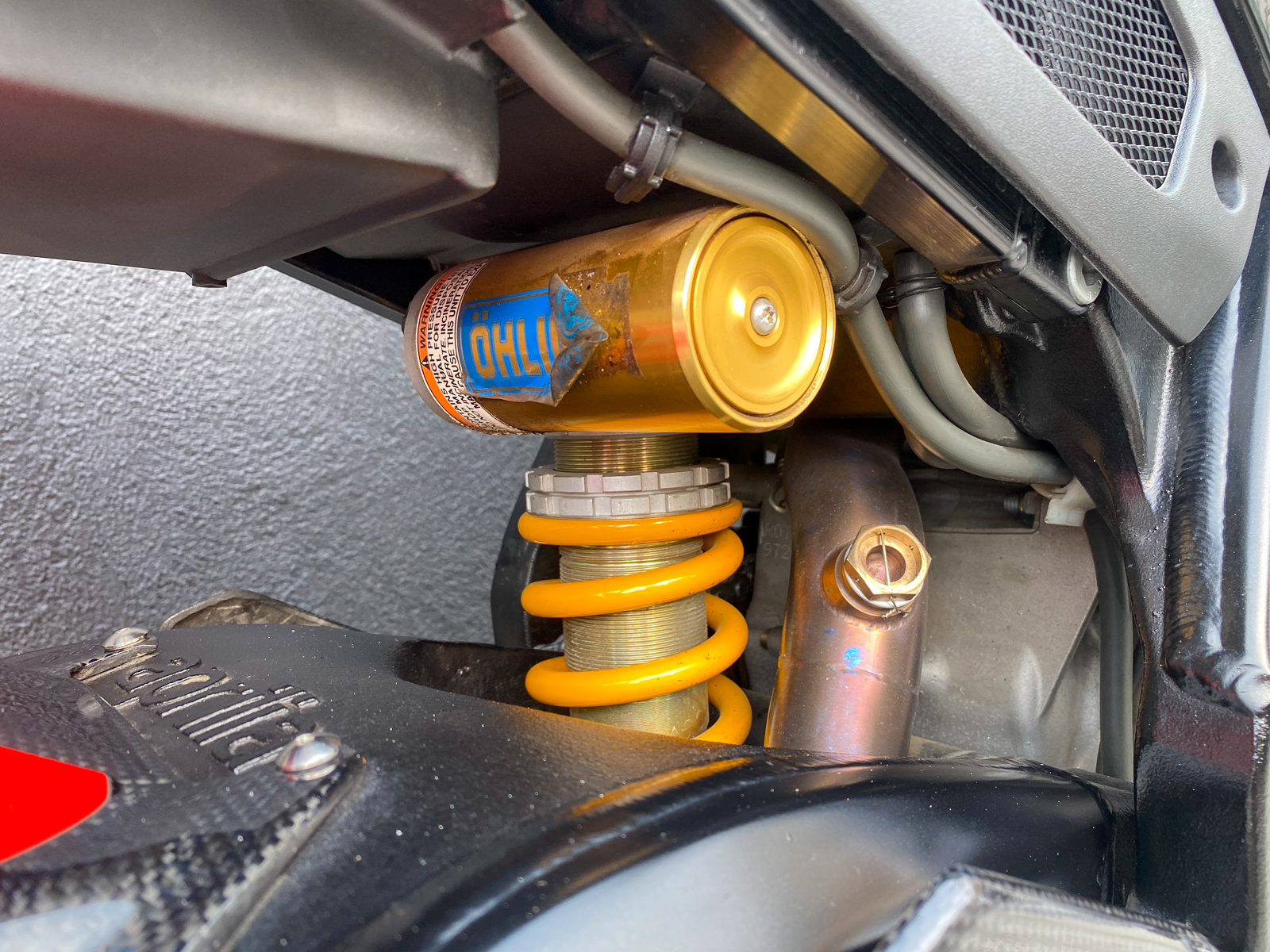 This is a rare example of one of the most desirable Aprilias ever built – and it’s guaranteed to find a new home!

I’m gonna get it

Give up my friend

You got luck my friend. I’m at work and had to step away! Shoot!!!

Good luck gents. I’m out. Killer bike for the next owner.