When you’re a world champion and you want to show off your stuff, why not create a museum that includes some memorabilia from your buddies, your heroes, and even a rival or two? Jorge Lorenzo tried it for himself – the #99 he wore in MotoGP inspired the name – so here’s a quick photo tour.

NOTE: We visited this museum in the summer of 2018 but it closed in early 2019. With that said, I’ll still refer to it in the present tense in this story.

The entrance is on the first floor, where you’ll find a restaurant and bar. Ask to go to the museum and you’ll have to pay a small fee and then take some stairs to the second floor. The exhibit starts with some of Lorenzo’s idols in F1 with basic stats and their driving suits. 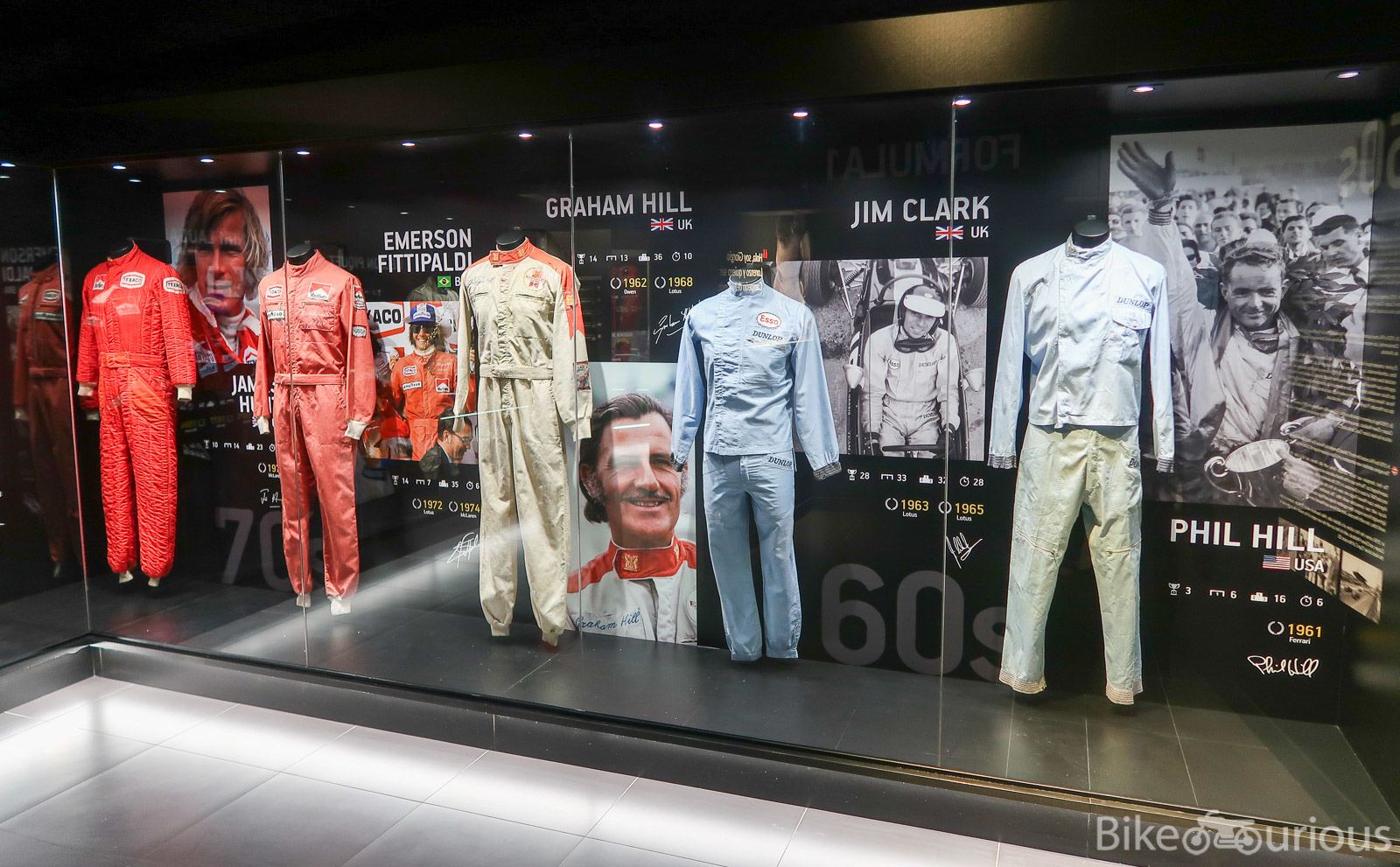 Immediately after is the same with Lorenzo’s MotoGP heroes. 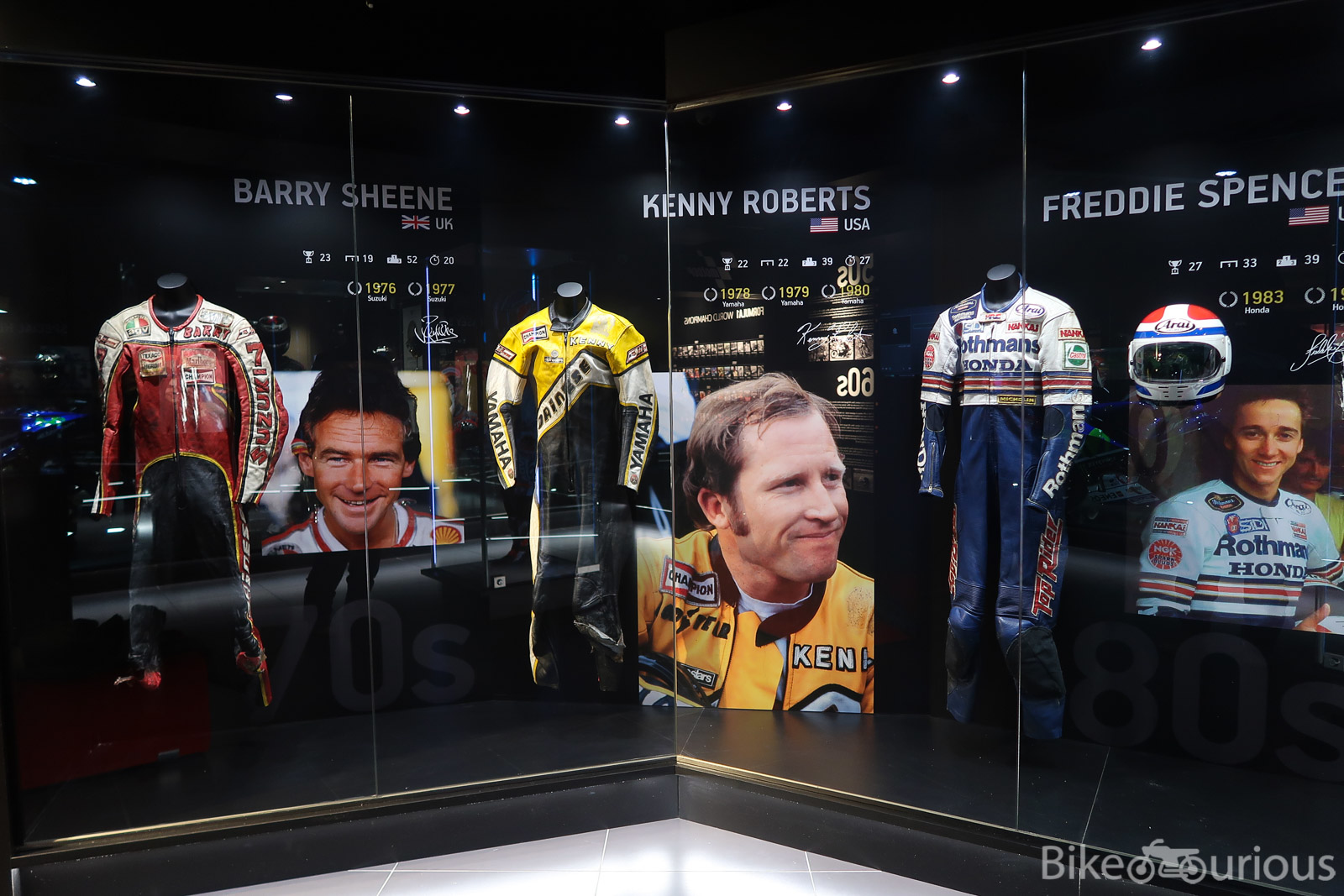 All hail King Kenny. I had the chance to speak with him once for about 30 seconds – he spent the whole time telling me how much he liked Indian food.

There’s even a signed helmet and other gear from a strong rival, Marc Marquez. 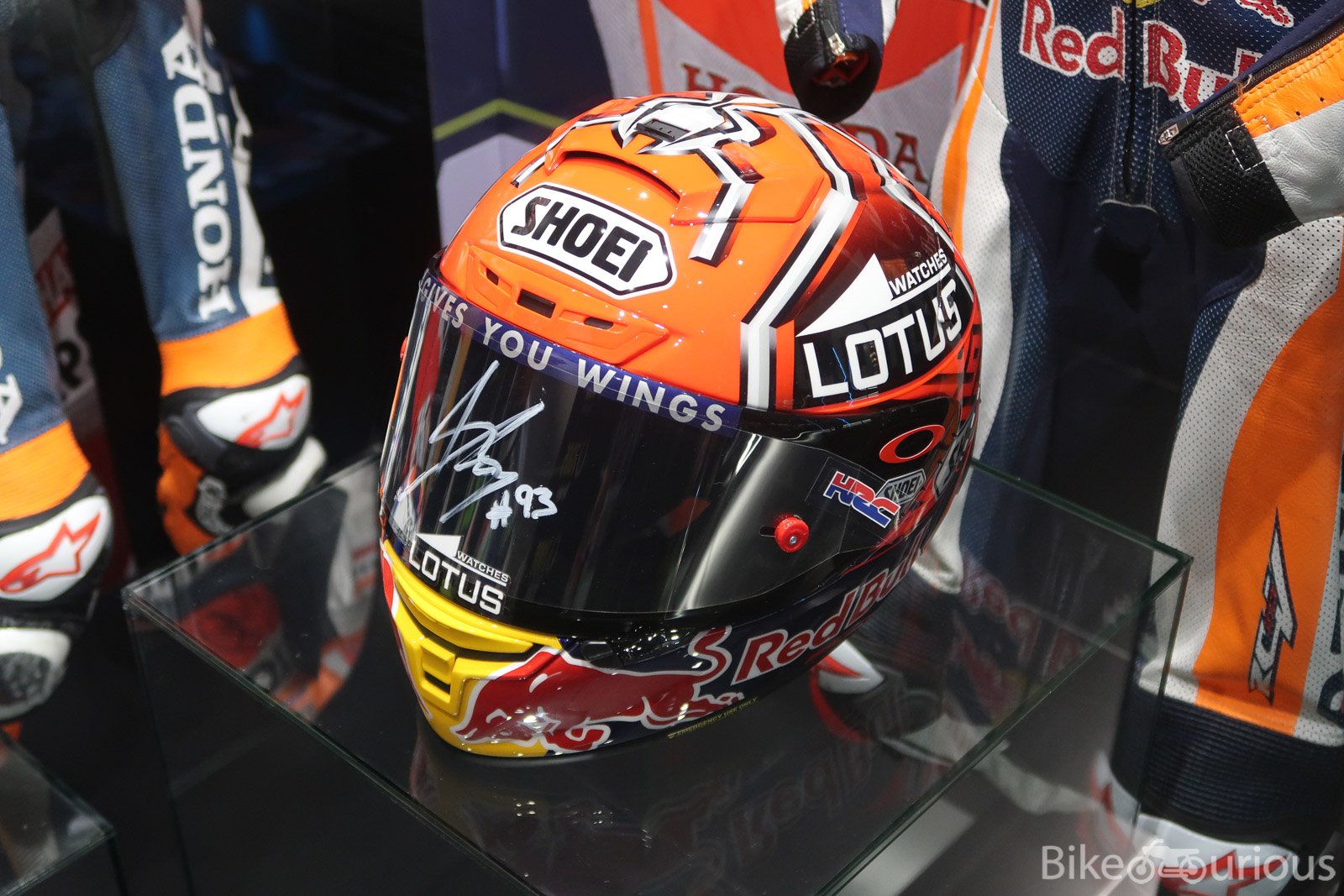 It’s not a large building, but a dedicated MotoGP fan could easily spend 30-60 minutes here poring through all the details – this is about a third of what’s on offer. 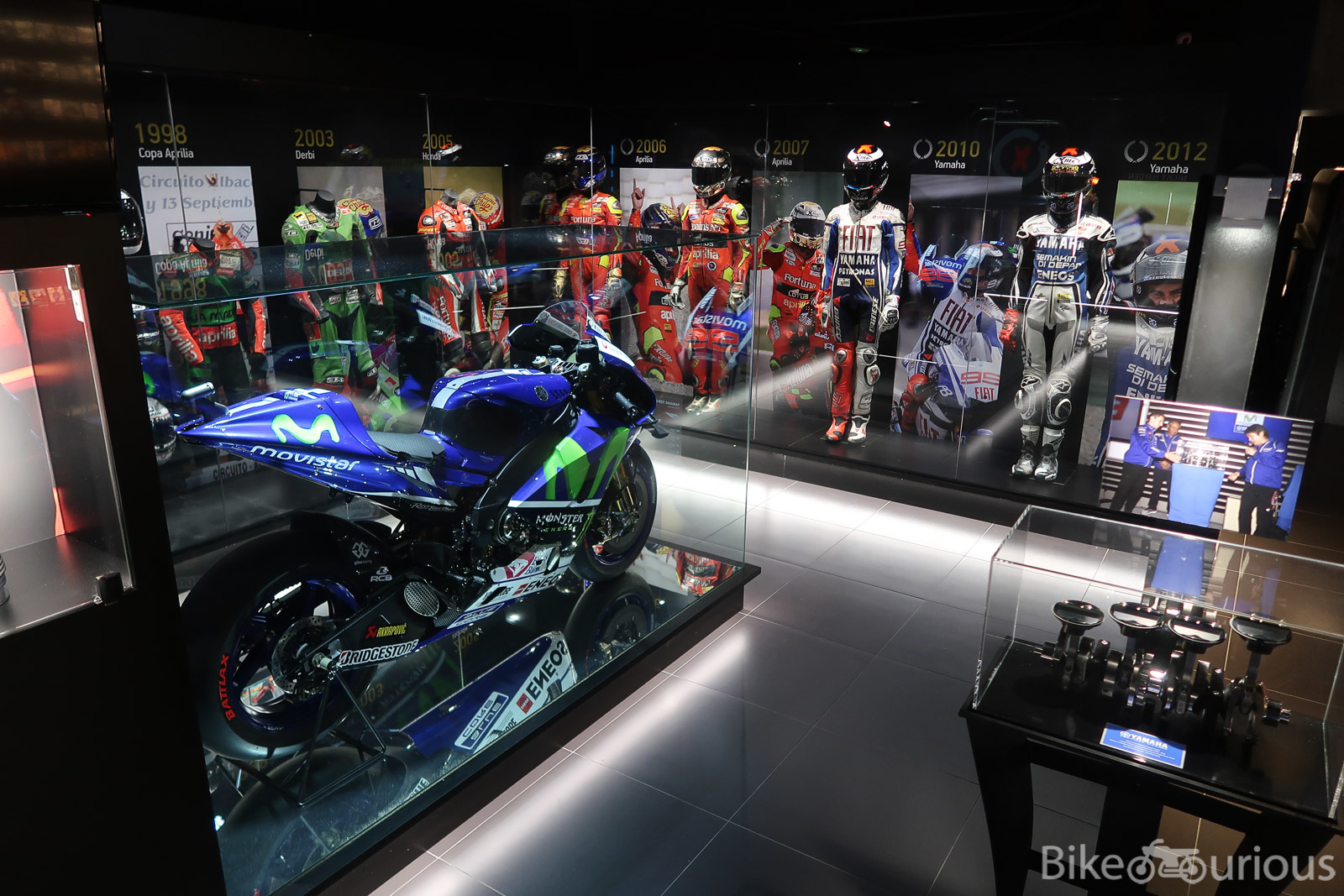 He’s also got plenty of awards for winning Pole Position at individual races. 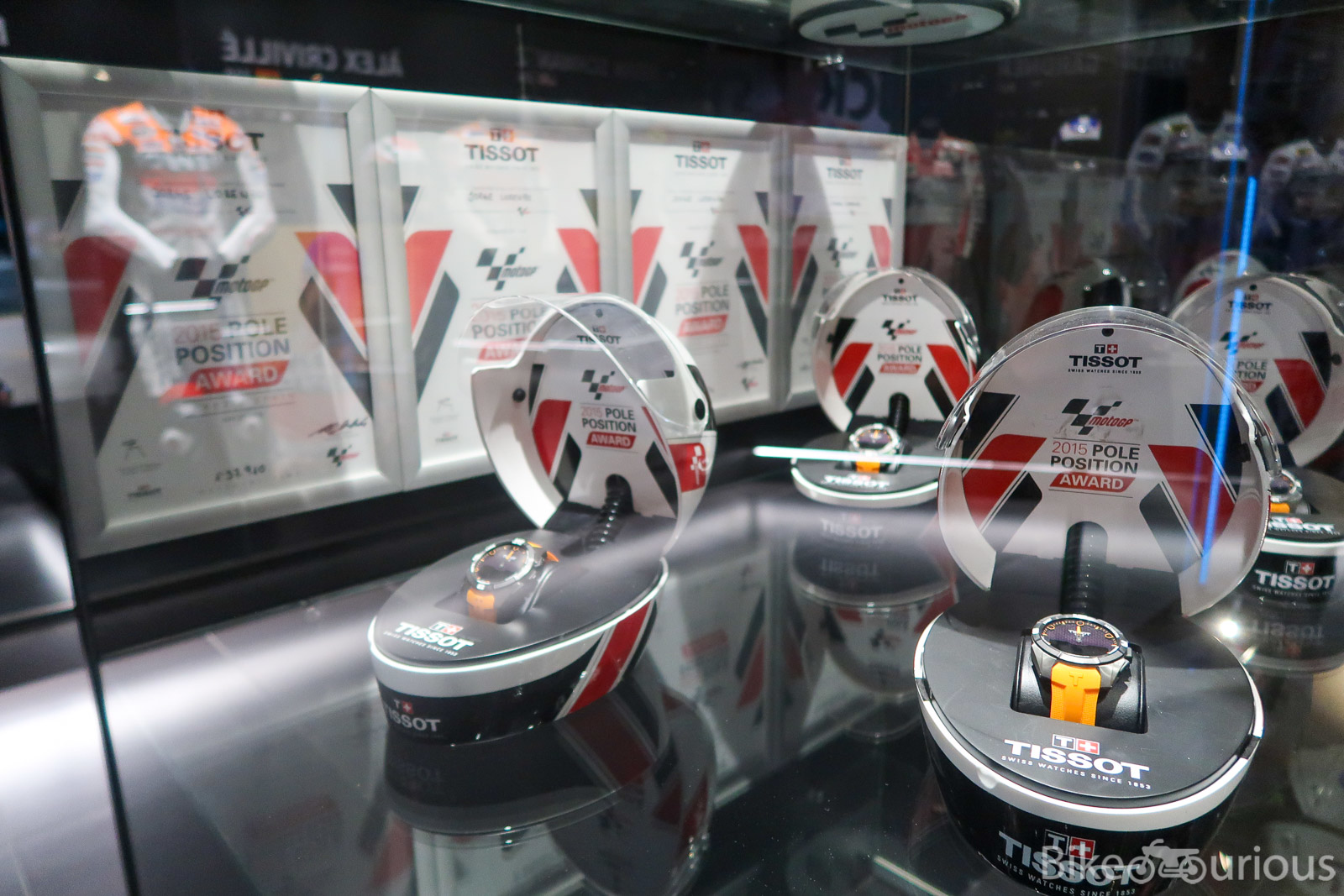 It’s not clear from the above angle, but each case is a mini-helmet.

Speaking of championships, here’s a crankshaft from Yamaha Factory Racing, given to him as a thank you after winning 3 MotoGP Rider Championships and helping Yamaha earn 3 Triple Crowns (rider championship, constructor championship, and team championship in the same year).

Jorge’s 2015 championship-winning bike was on display.

A label on the glass states that this bike made 256 horsepower and weighed just 348 pounds.

One of my favorite sections was the different gear that Jorge has won over the years, especially because I’m a sucker for helmet designs. 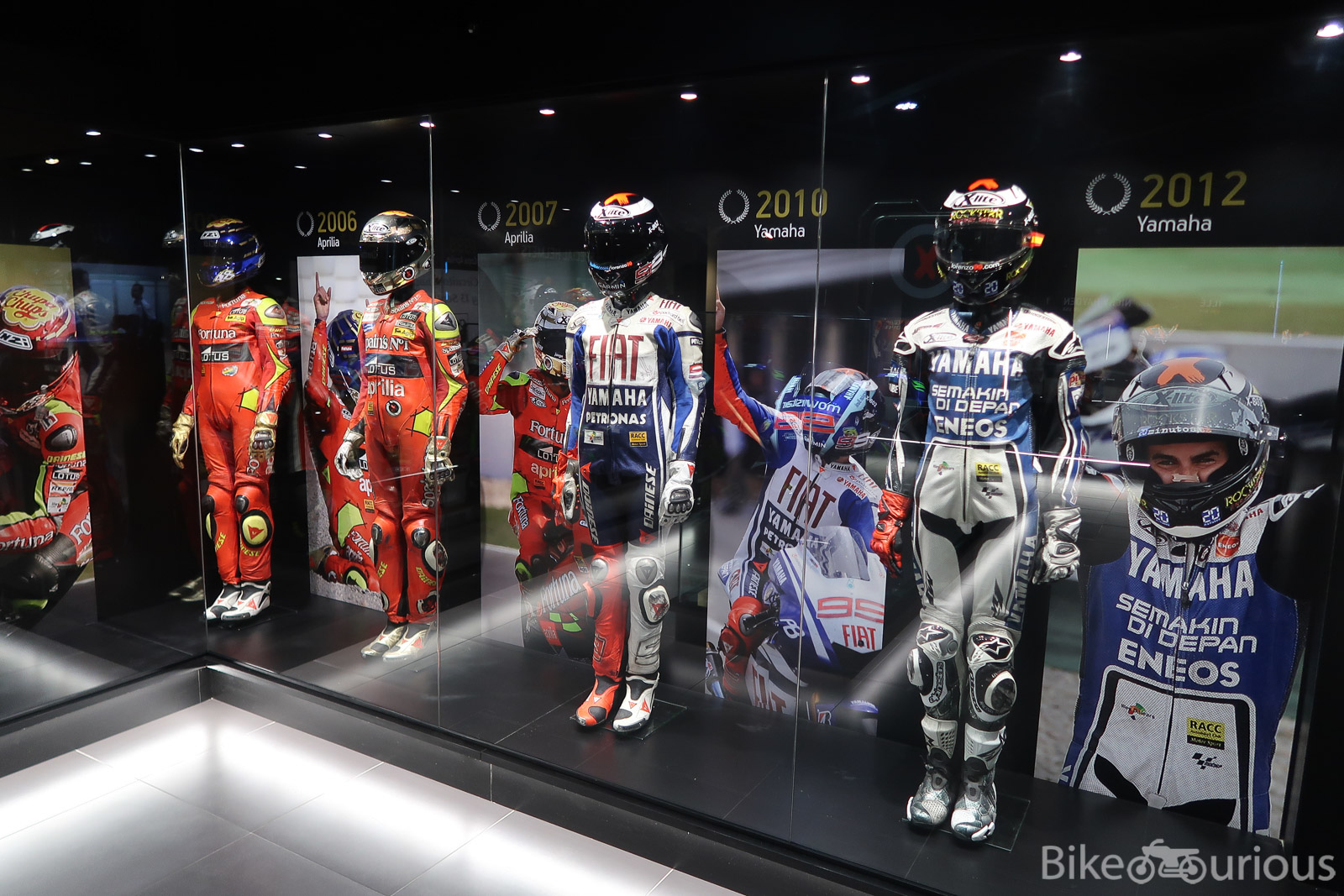 My personal favorite was the “Astronaut”. Note how it says “GANA” in the NASA font – that’s Spanish for the verb “win.”

Here’s a worse angle of the helmet, but it shows a photo of how the helmet matches the rest of his gear. 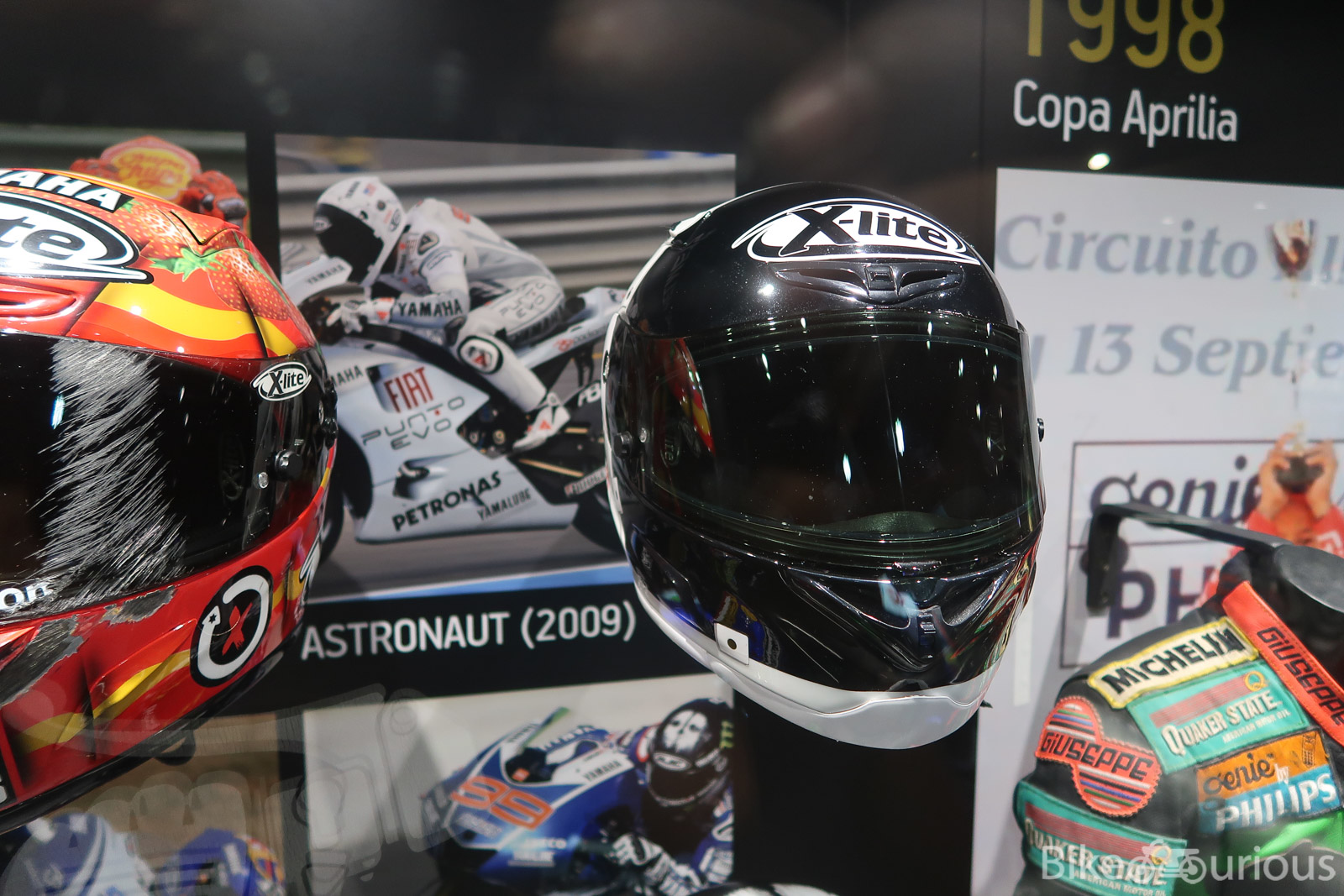 I don’t really like this one but it is very distinctive: the “Swarovski.” 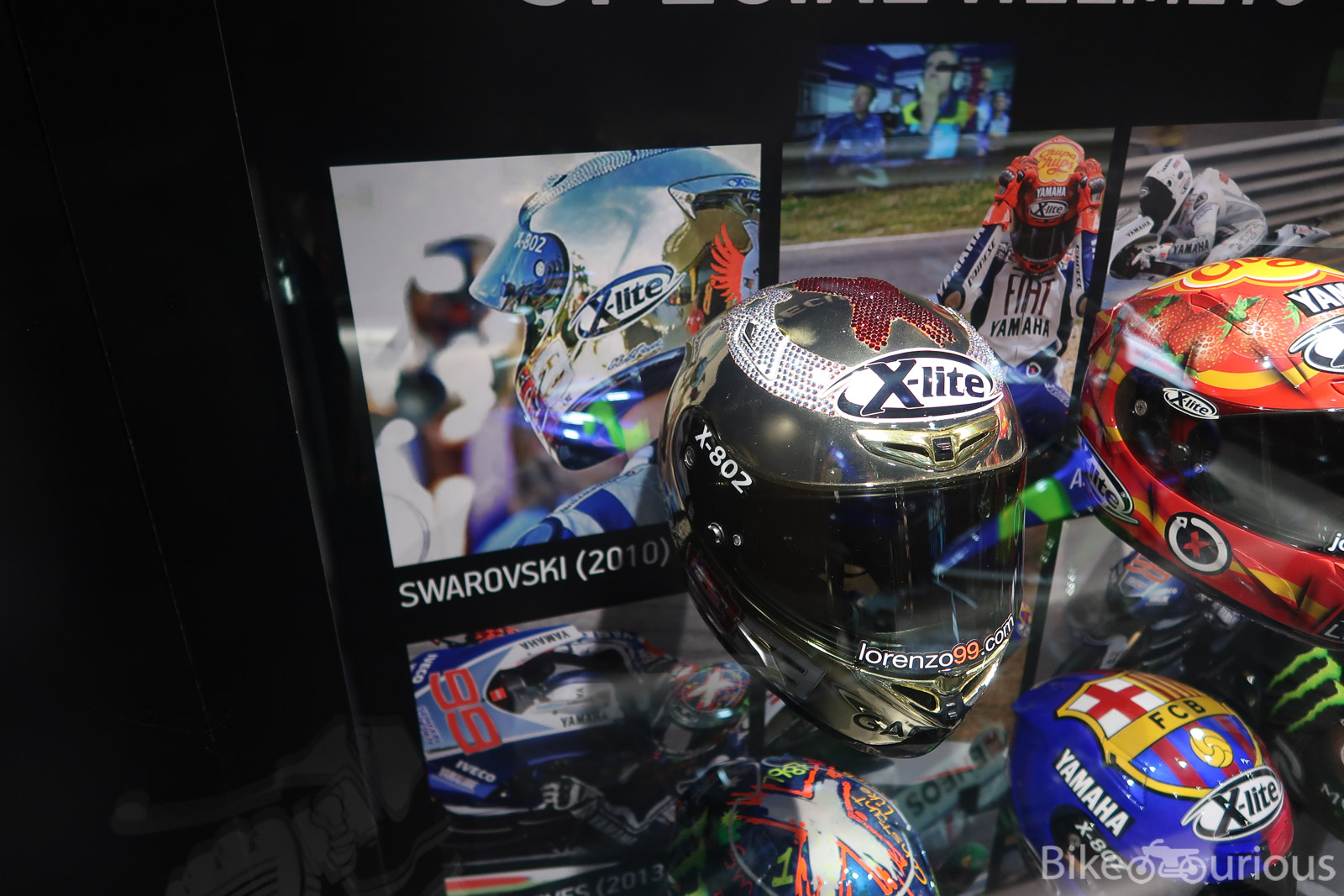 As noted above, the museum has unfortunately since folded. But hopefully this little trip down memory lane gave you a taste if you weren’t able to visit yourself! Don’t forget to check out our Stories page for more looks at Iconic Collections!