Additional photos of this XLCR are available here for your perusal.

By the mid-1970s, the cafe racer craze was taking the motorcycle world by storm. Over in Europe, brands were releasing successful production cafe models like Norton’s Commando Production Racer and John Player Special, Laverda’s Jota, Ducati’s 750 Sport and SS, and Moto Guzzi’s Le Mans. Wanting in on the action, Harley introduced its own factory cafe racer in 1977 with the XLCR. Pronounced by some as “Excelsior”, the “XL” in the model’s moniker denoted it was based on the Sportster while the “CR” stood for “cafe racer”. 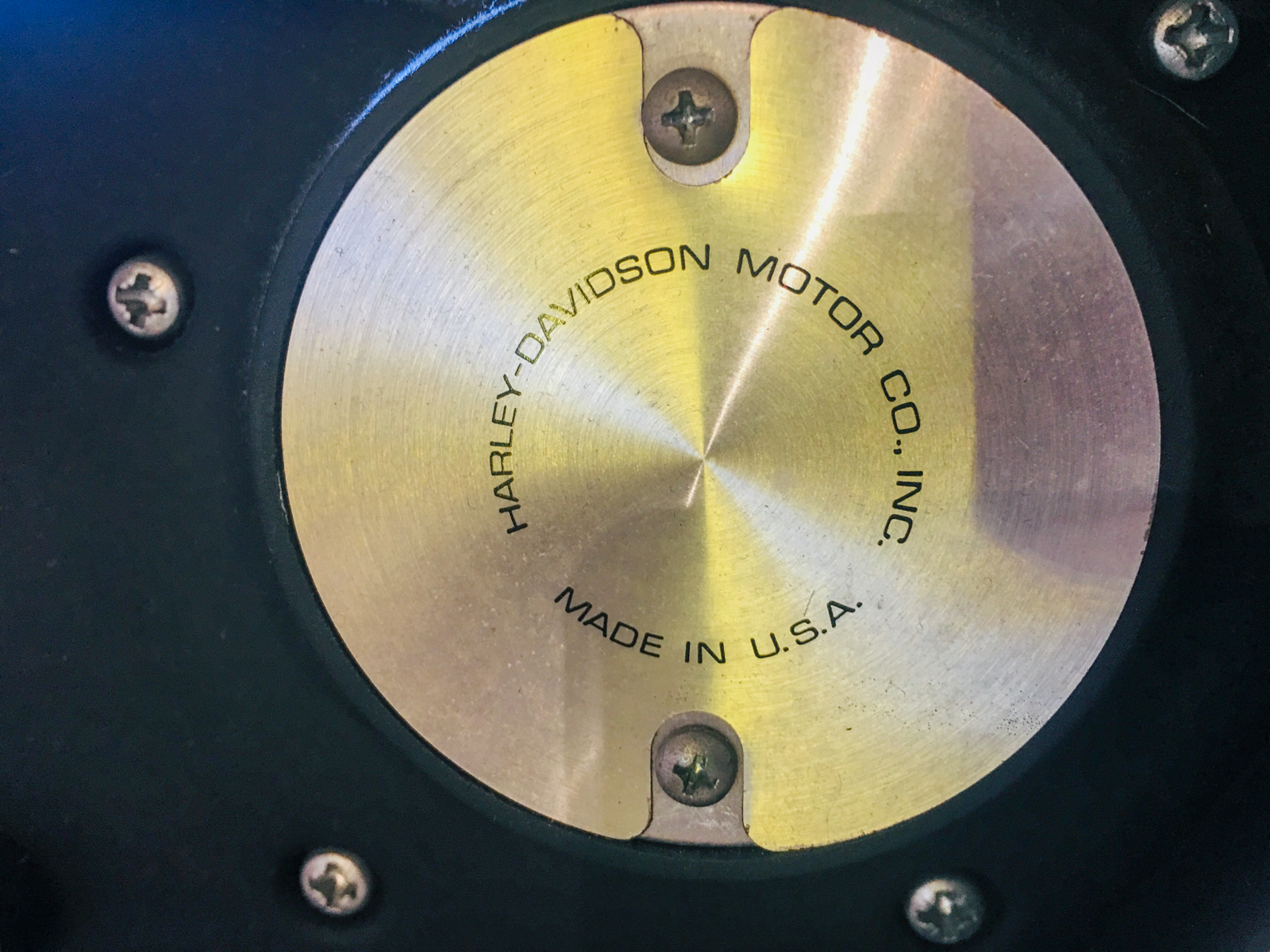 Designed by Willie G. Davidson — grandson of the co-founder of the Bar and Shield brand, William A. Davidson — the first prototype for what became the XLCR was completed in February of 1975 with a Sportster engine, largely reworked chassis, and revised (Dean Wixom-designed) seat and tail plucked off the XR750 flat tracker. Good for 61hp, the bike featured a lightly massaged version of the XLCH’s 61ci (997cc) 45-degree, OHV V-Twin and was Harley’s most powerful engine upon its release. And with a top speed of 115 mph, the XLCR was also the fastest production model to leave the Milwaukee factory. 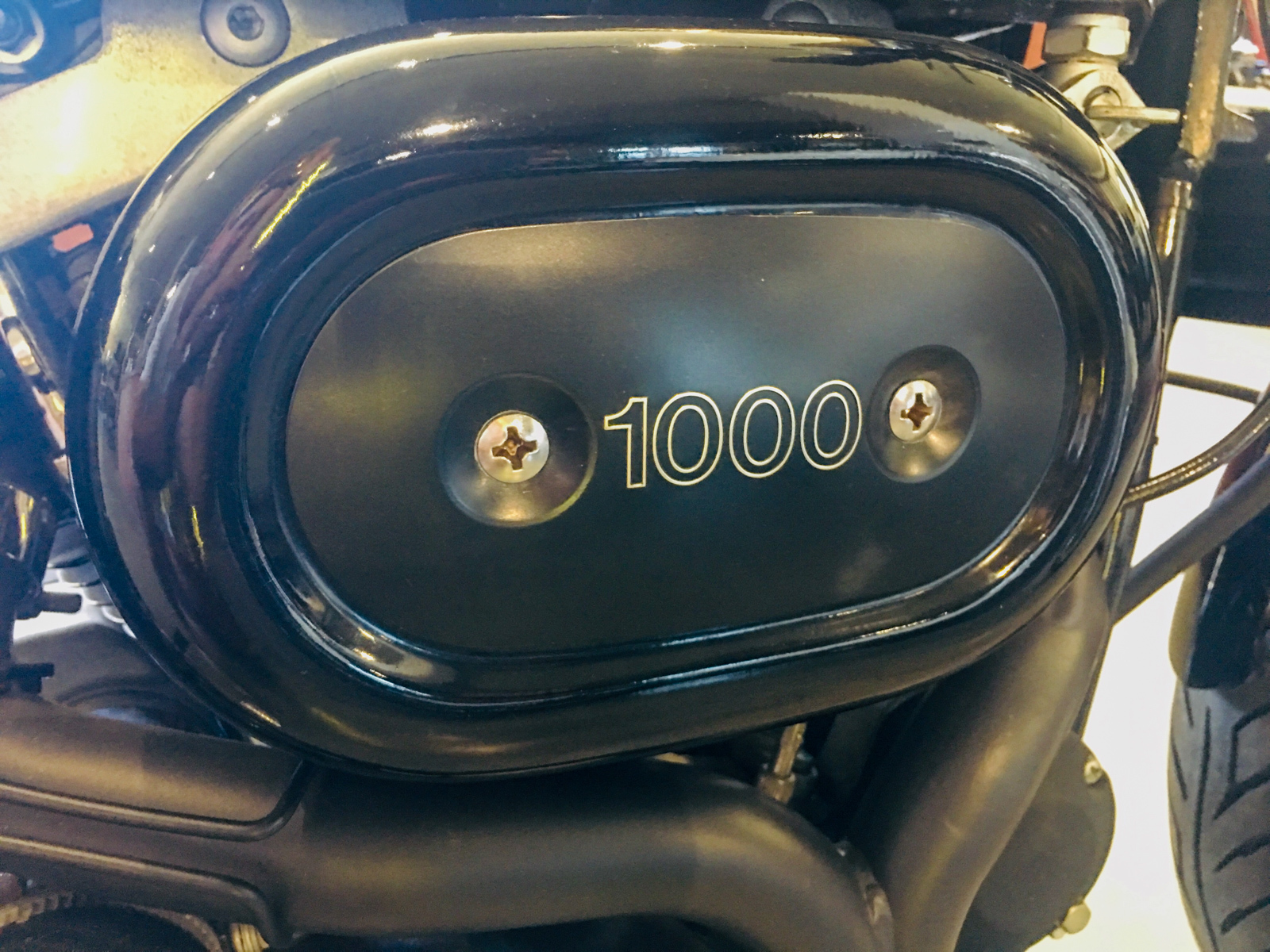 Though it utilized the Sportster’s powertrain, the cafe’d Harley got its own heavily-modified steel double-down-tube chassis with rear shock locations modeled after the XR750 factory race bike. With the shocks — dual Showa units — moved further forward, space was opened up for the battery and oil-tank to be accommodated. The bike also got a new gear-linkage to go with the revised frame. Another major highlight (and a company first) was the XLCR’s triple-disc brake setup, provided by Kelsey-Hayes. 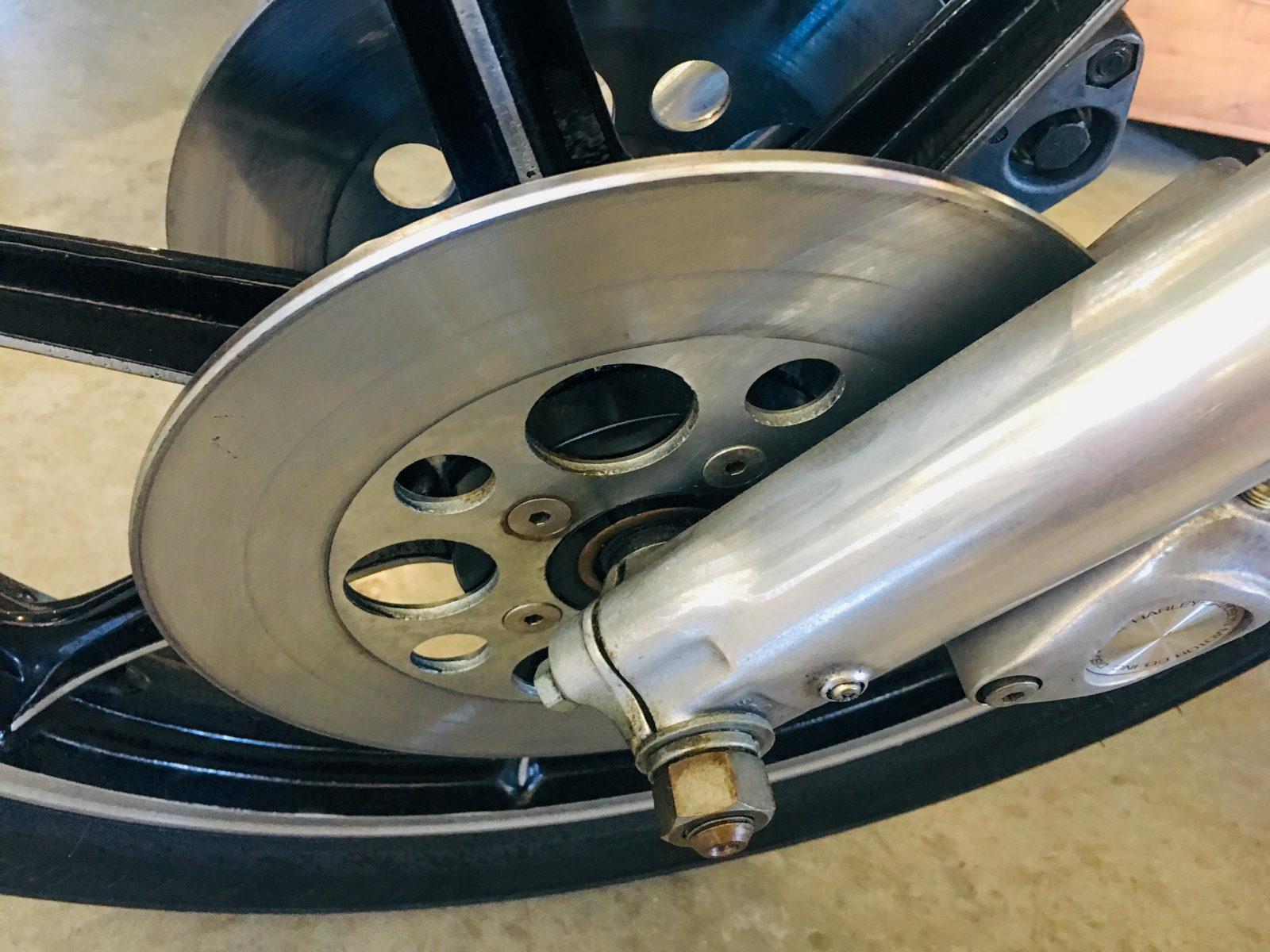 Unlike the Euro cafe racers, which boasted aesthetics that could be traced back to Grand Prix bikes and other road racers, the XLCR took a different route, instead delivering a cafe racer inspired by Harley’s dirt racing heritage. Willie’s cafe racer sported a flat track-style tank and seat, complemented by a bikini fairing, cast Morris aluminum alloy rims, rearset footpegs, tracker-style bars, a matte black two-into-one-into-two siamese exhaust, and an all-blacked out livery with gold badges — a far cry from the MoCo’s shiny and heavily chromed offerings of the day. 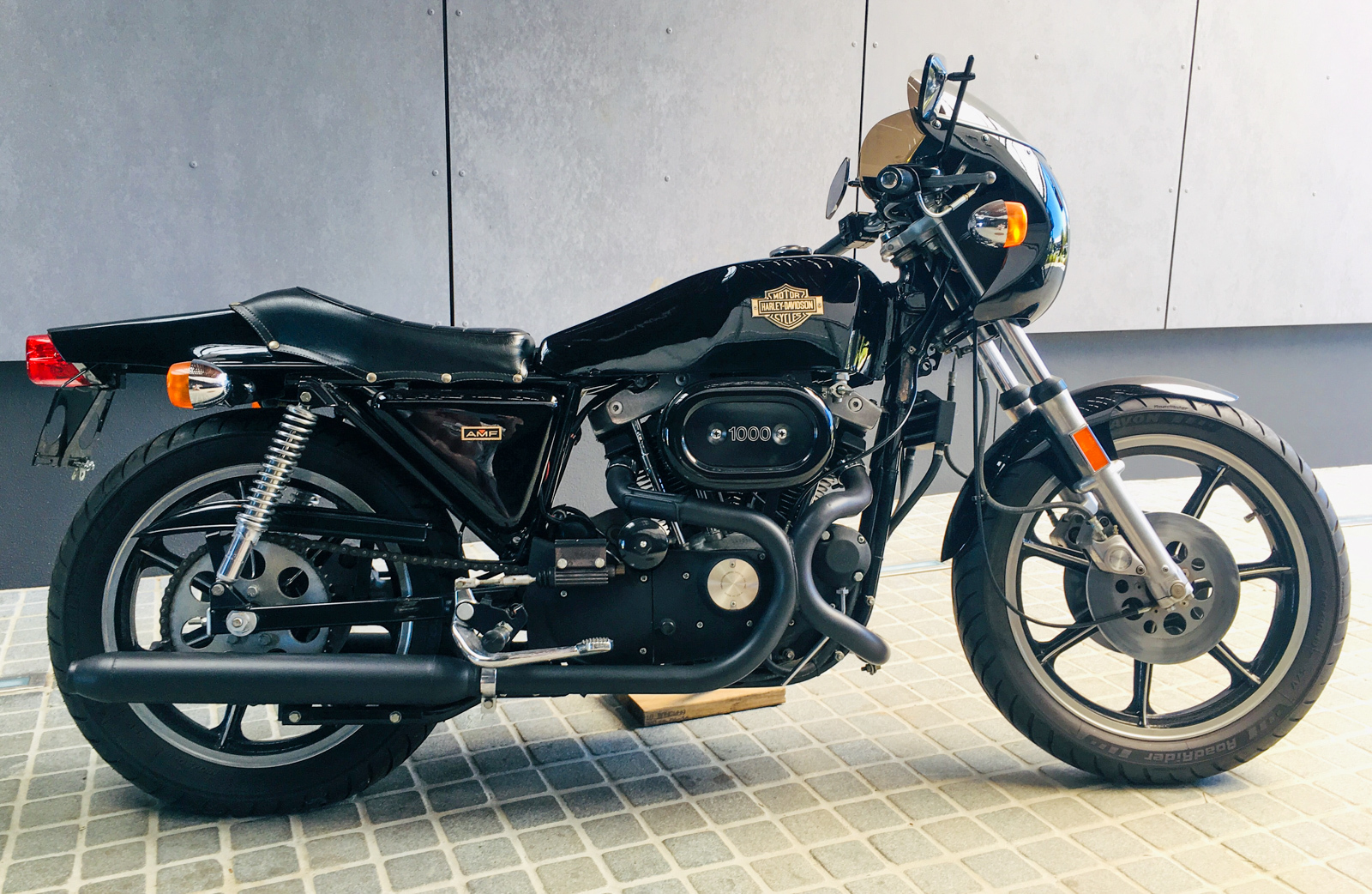 Despite it being a radical departure from anything else Harley was producing at the time, Willie G. nonetheless convinced the MoCos higher-ups to greenlight the XLCR for production. Upon its release, the XLCR carried an MSRP of $3,595 (which translates to just over $15K today with inflation). Unfortunately, sales fell well short of company projections, and by the end of 1979, Harley pulled the plug after only producing around 3,200 units. 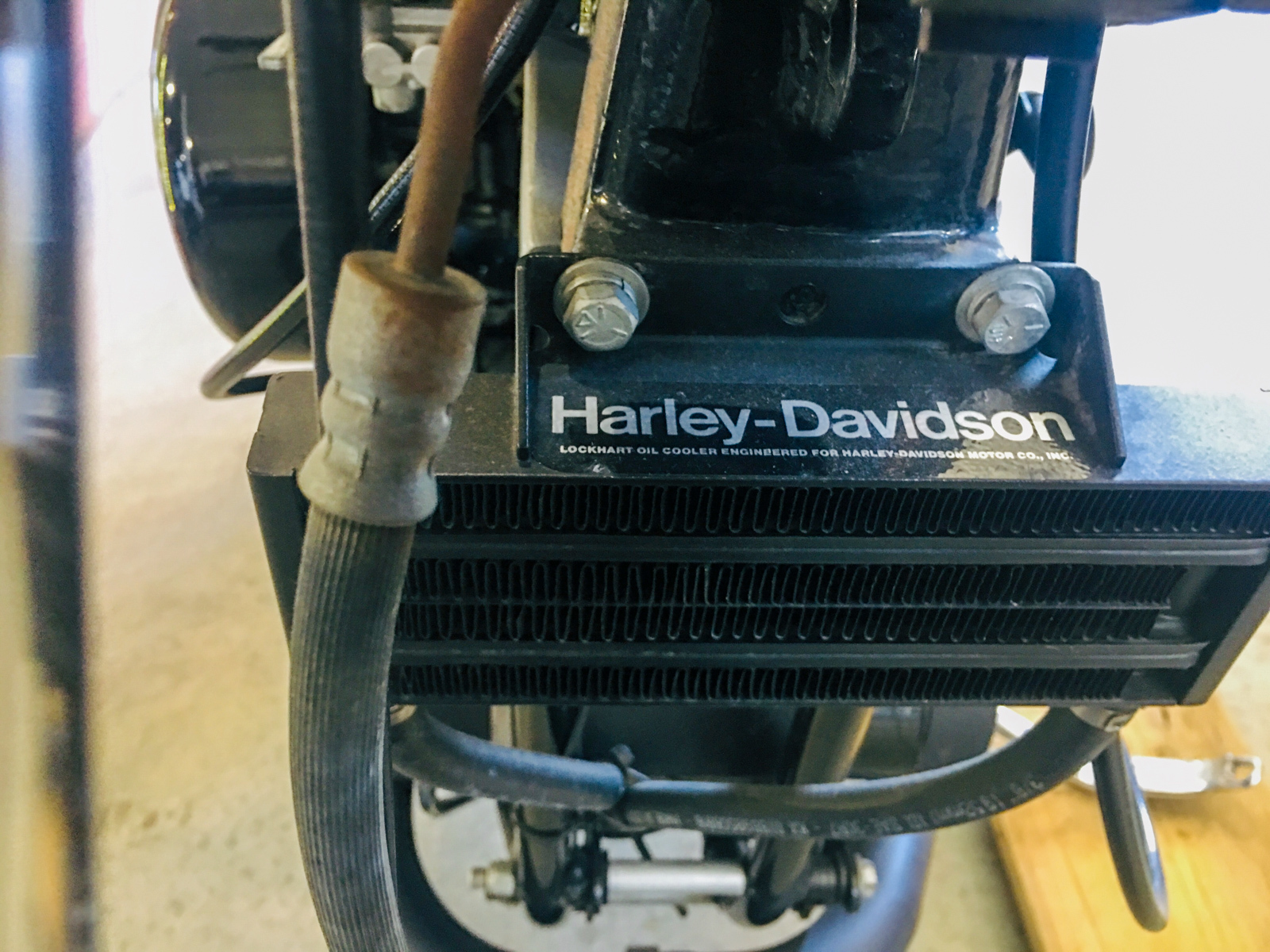 Even with the underwhelming public reception, many experts still recognized the many merits of the XLCR. In the July 1977 issue of Cycle Guide, one writer was quoted as saying “the XLCR may be one of the most appealing bikes of the decade, a combination of two of the strongest profiling elements on two wheels — big, thundering Harley-Davidsons and sleek, kinetic-looking café racers.”

With so much character and so few units produced, the XLCR quickly took on cult status, and is now a highly collectible model as America’s first true production cafe racer. This example has just 226 miles, making it one of the lowest-mile XLCRs in existence. The only other XLCR we’re familiar with that has so few miles in Harley-Davidson’s own museum in Milwaukee. The bike has spent most of its time in a private Australian collection, but in preparation for sale it received new fluids, oil change, battery, and a tune-up if the next owner doesn’t mind increasing the number on the odometer.

The seller describes this bike as being in “superb original condition” and the sale includes the original owner’s manual, workshop manual, parts catalog, and some stickers. It would be very tough to find another XLCR like this for sale anywhere in the world. For international buyers, the nearest port is Brisbane, Queensland, Australia. The seller has a full metal crate and he’s willing to help arrange shipping.