Additional photos of this ELR are available here for your perusal. 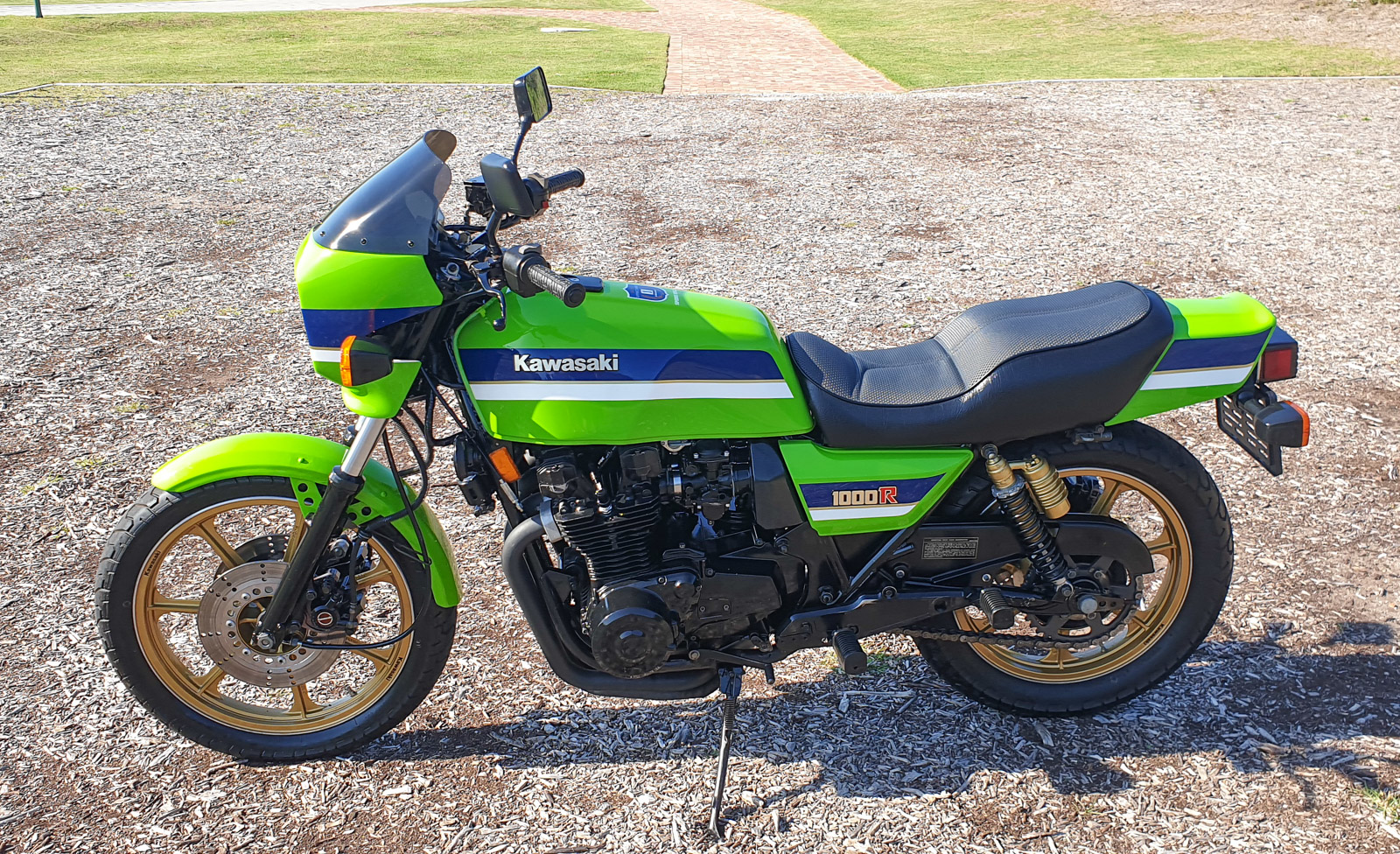 We know it here in the US as the KZ1000R ELR, but in South Africa this machine was sold as the Z1000R ELR. Either way, the ELR (Eddie Lawson Replica) is a legend. The model was introduced in 1982 with Eddie’s signature on the tank, but after Kawasaki/Kerker won the AMA Superbike Championship in 1982, they updated the decal on the top of the tank to remove Lawson’s penmanship and add a second year of success.

The 1983 model (also known as the KZ1000R2) also differed in terms of the stripe layout on the tank, the style of the dashboard, and the style of the sidecover emblem – we recommend you check out KZ1000R.com for all the information you could want about these fantastic motorcycles.

This example (VIN: KZT00R005634) is currently located in Johannesburg, South Africa. It was in storage for several years, though it is highly original, and the seller rates it an “8 out of 10 only because of age,” noting that it “would be a very easy bike to make a 10 out of 10 again.” The seller acquired it five years ago from a family friend of his parents, finding it stored in the back of a garage. He pulled it out of storage, made it a runner, covered approximately 600 miles on it, and then put it back in storage. He’s selling it as he does not ride it enough and he’d love to see it “going out to shows by a proud new owner.”

As shown in the video up top, it starts and runs “but could do with a going through.” 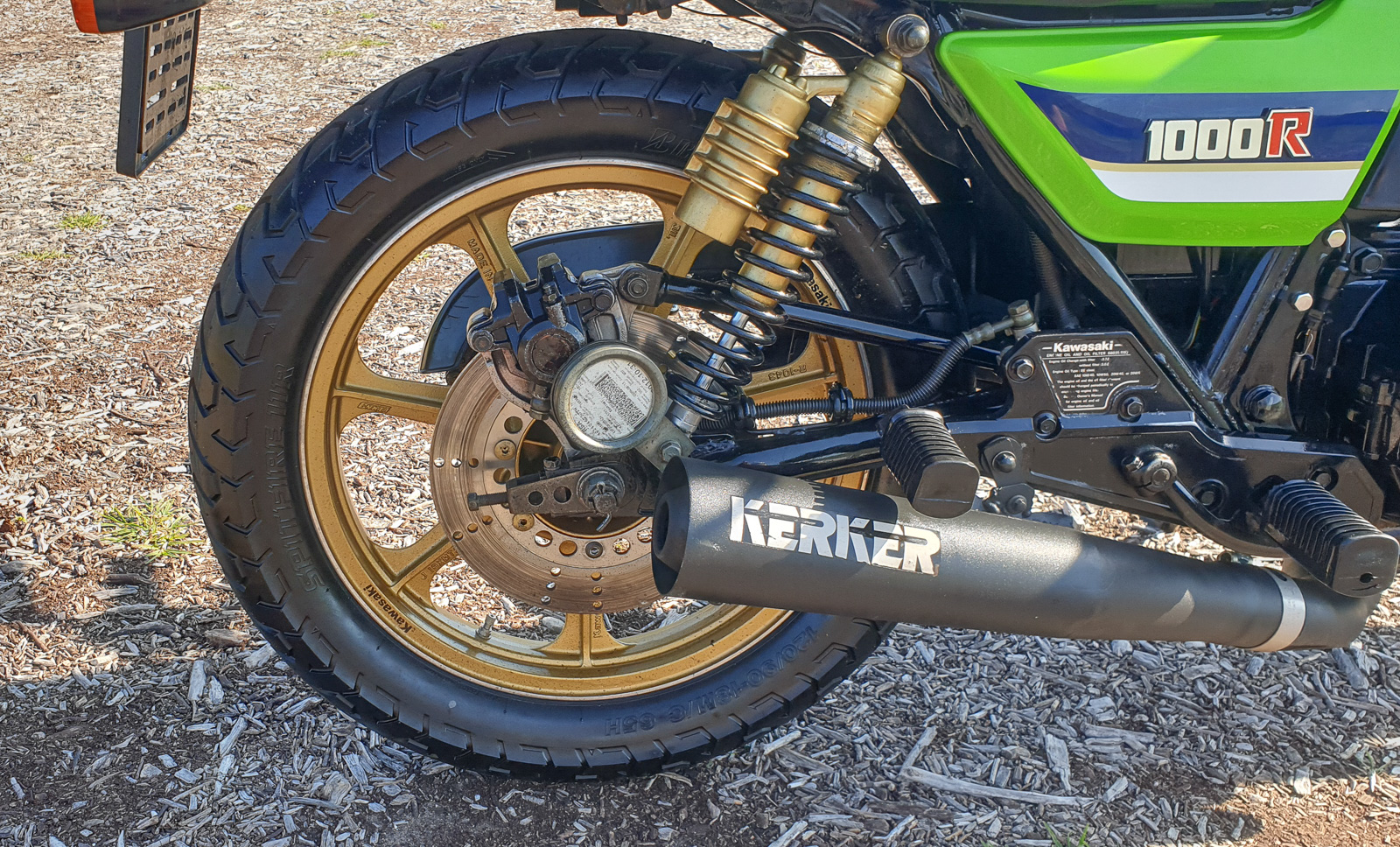 For a 36 year-old bike, this presents very well. The paintwork on the bodywork is said to be 100% perfect without any blemishes. With that said, the seller notes some expected wear for the age, such as in the black paint on the engine.

Mechanically, this will need to have a “general go through and to have the carbs professionally setup.”

The seller of this ELR says that “it is time for it to have a love affair with someone else.” Will it be you?

Is there any way to get a shot of whatever gov/VIN sticker is on this?

We’ve let the seller know about your question, however it’s currently after midnight in South Africa so we may not hear back for a few hours. Thanks for your patience!

The seller only sees two stickers on the frame:

He’s also included a video of the frame as well:
https://www.youtube.com/watch?v=06KOrDijeEw&feature=youtu.be

However, there does not seem to be any sort of government sticker on this – note the images in this brochure:
https://www.kz1000r.com/index.php/kz1000r-1983-sales-brochure

Thank you for that, very interesting.

This Kawasaki KZ1000R has met reserve with the bid from @RonC.Alba, it will sell!

What is the situation with shipping and importation of this bike from SA to the US. Is Iconic offering any assistance? Is there an estimate of what these costs would be?

My best quote so far is 1347 USD to the LA port (including crating) but there’s still some local charges and customs which aren’t a lot as we can pick up in the port with our van and save drayage. I do however see how it could quickly add up to 2000 or slightly higher. However, we (Iconic) now have quite a few bikes pooled up over there, including 1 that’s already crated so our shipper is quoting taking them as a full container to both LA Port or the East Coast as we have a partner that has agreed… Read more »