Additional photos of this 1992 Ducati 888 SP4 are available here for your perusal. 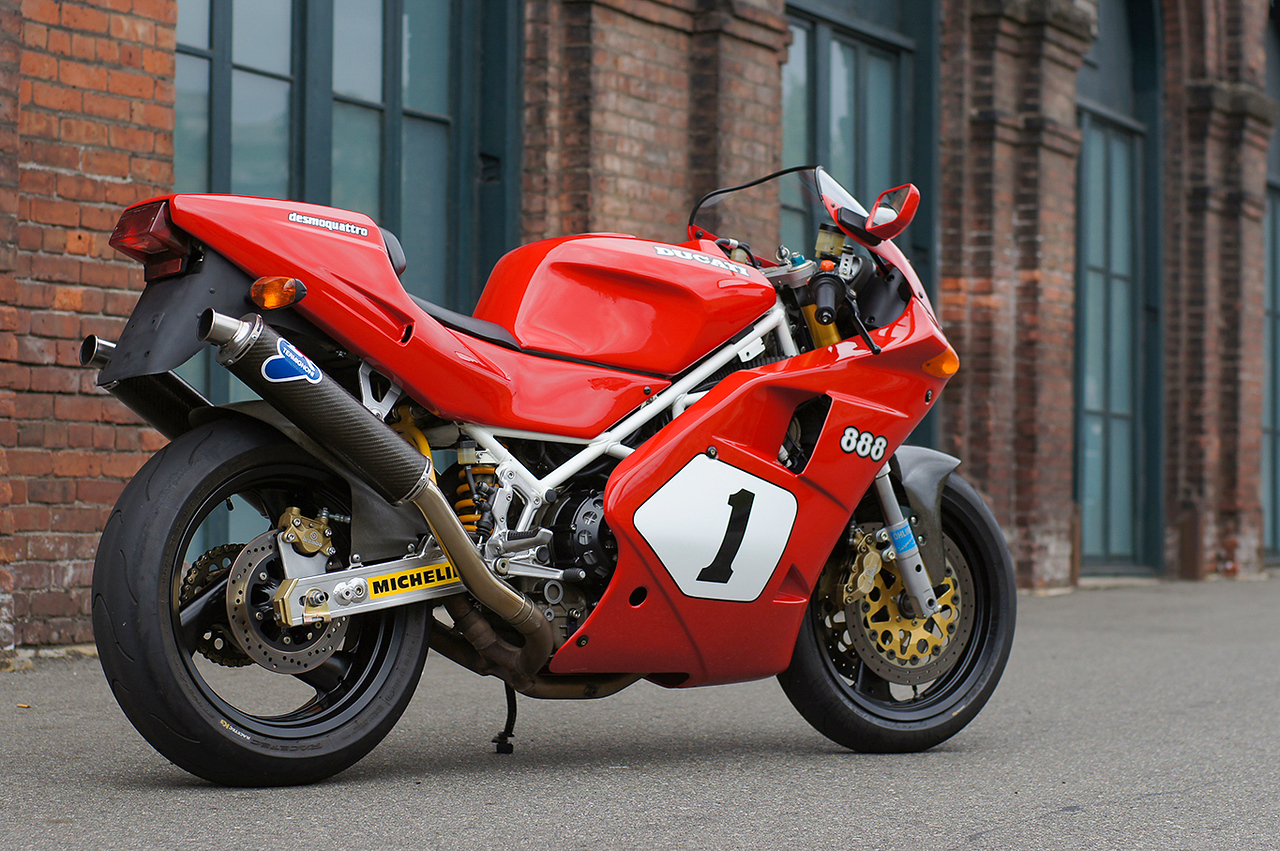 In 1992, Ducati introduced the 4th version of their Sport Production 888 – simply called the SP4. It was produced along side the base 851 and the very exotic Sport Production Special (SPS). Both SP bikes got Brembo brakes and Ohlins suspension, plus the “1” racing number. 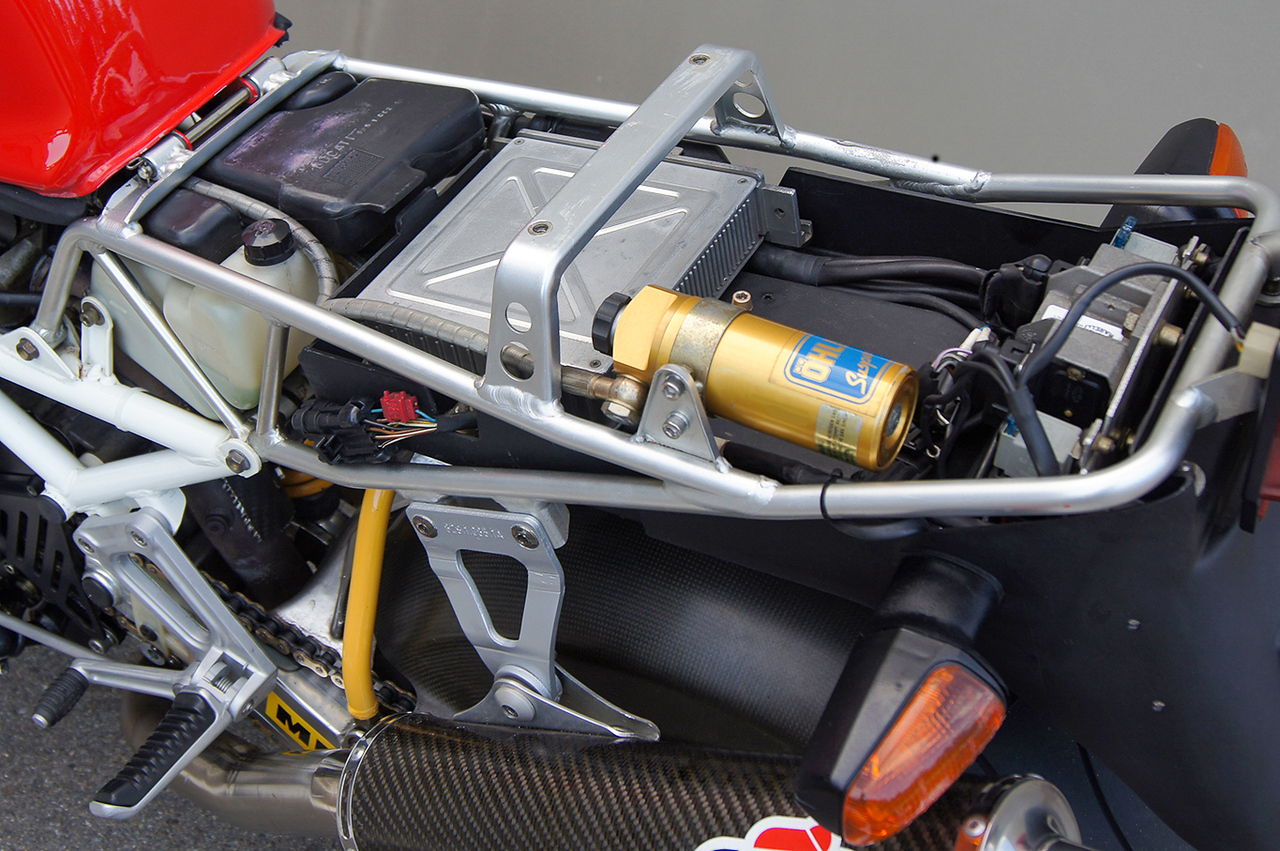 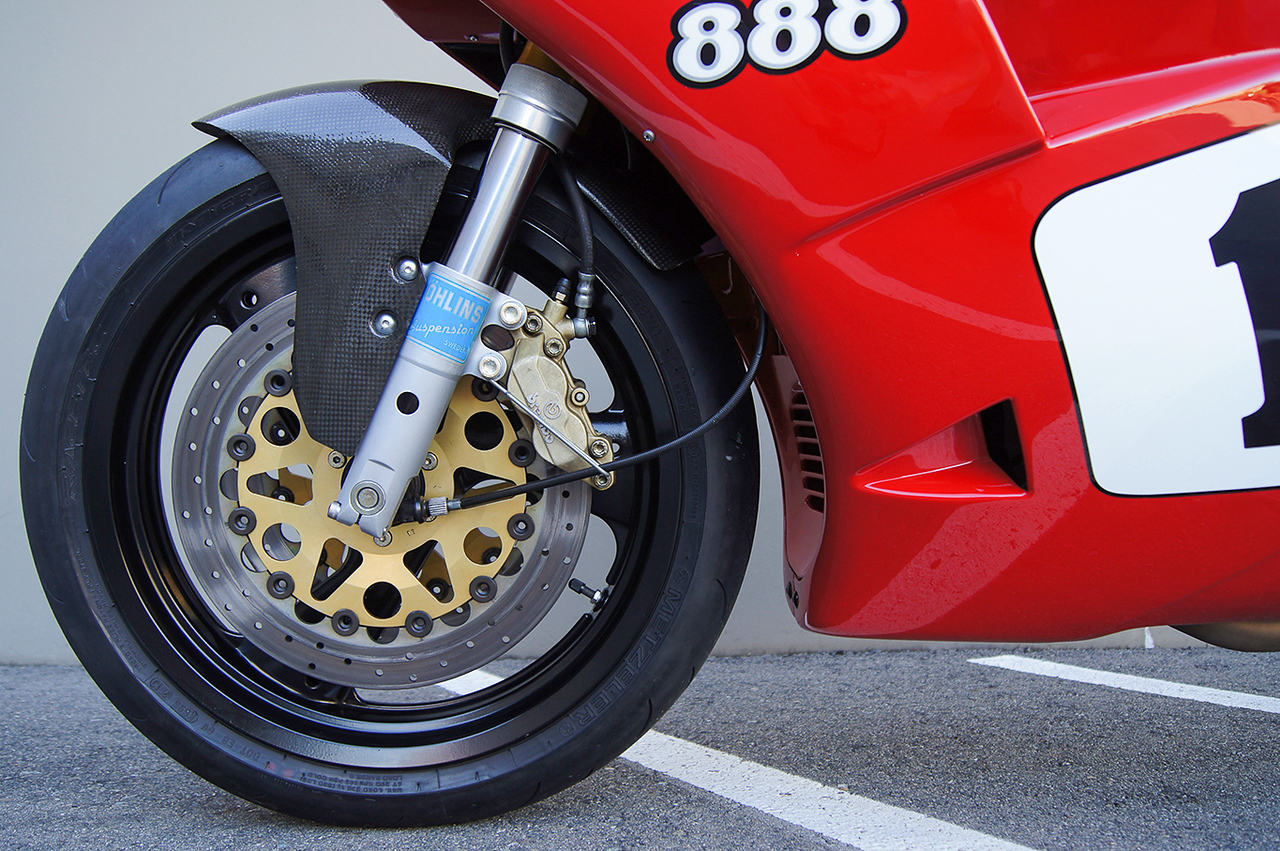 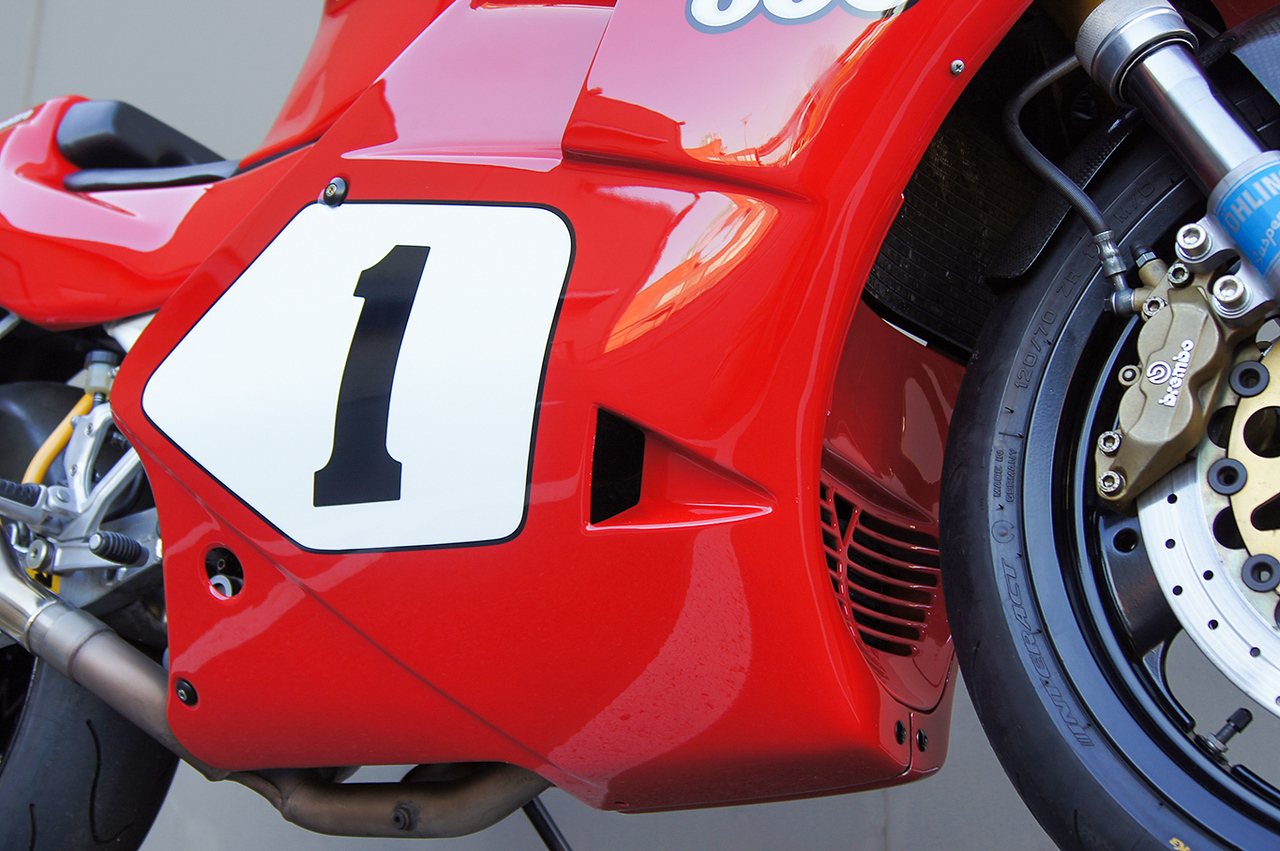 At the time, Ducati was having good success with World Superbike racing on this platform: Raymond Roche won the championship in 1990, and Doug Polen won it in 1991. Look closely at the numbered plaque on the triple tree and you’ll see the latter championship commemorated, as well as a note that we’re looking at #559 of the limited production SP4 run. Ducati fans will know that Polen would also win the WSBK championship in 1992, as well.

Ducati would end up moving away from the Ohlins forks with the SP5, and as such some Ducati fans feel like the SP4 was the pinnacle of the line. 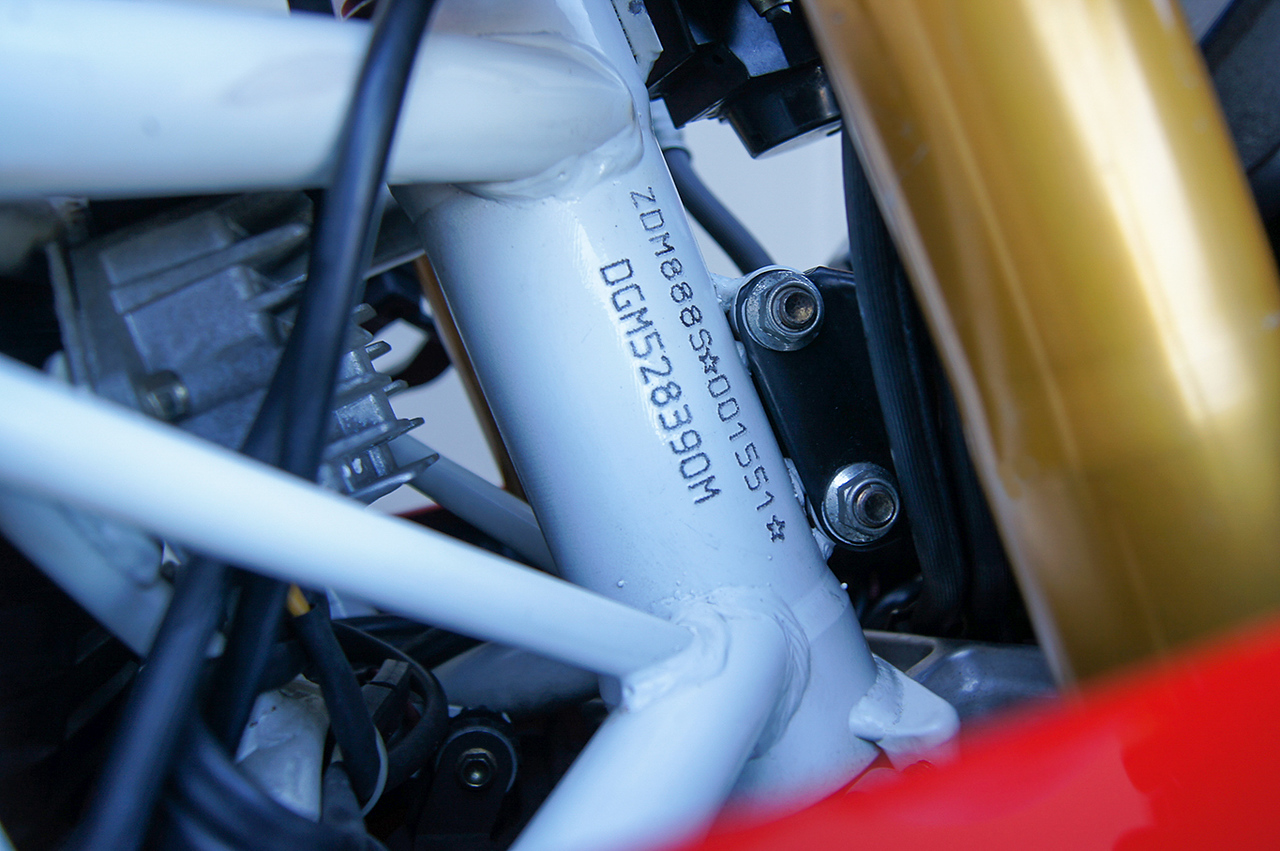 The seller imported it from Japan in December of 2018, and has put on approximately 200 miles during that time. The odometer now shows 8,894 kilometers (5,526 miles).

The seller states that “this particular model is in very good running condition and just had a full service, everything was inspected and replaced if needed. The bike is all factory original except for the Termignoni slip on exhaust.” 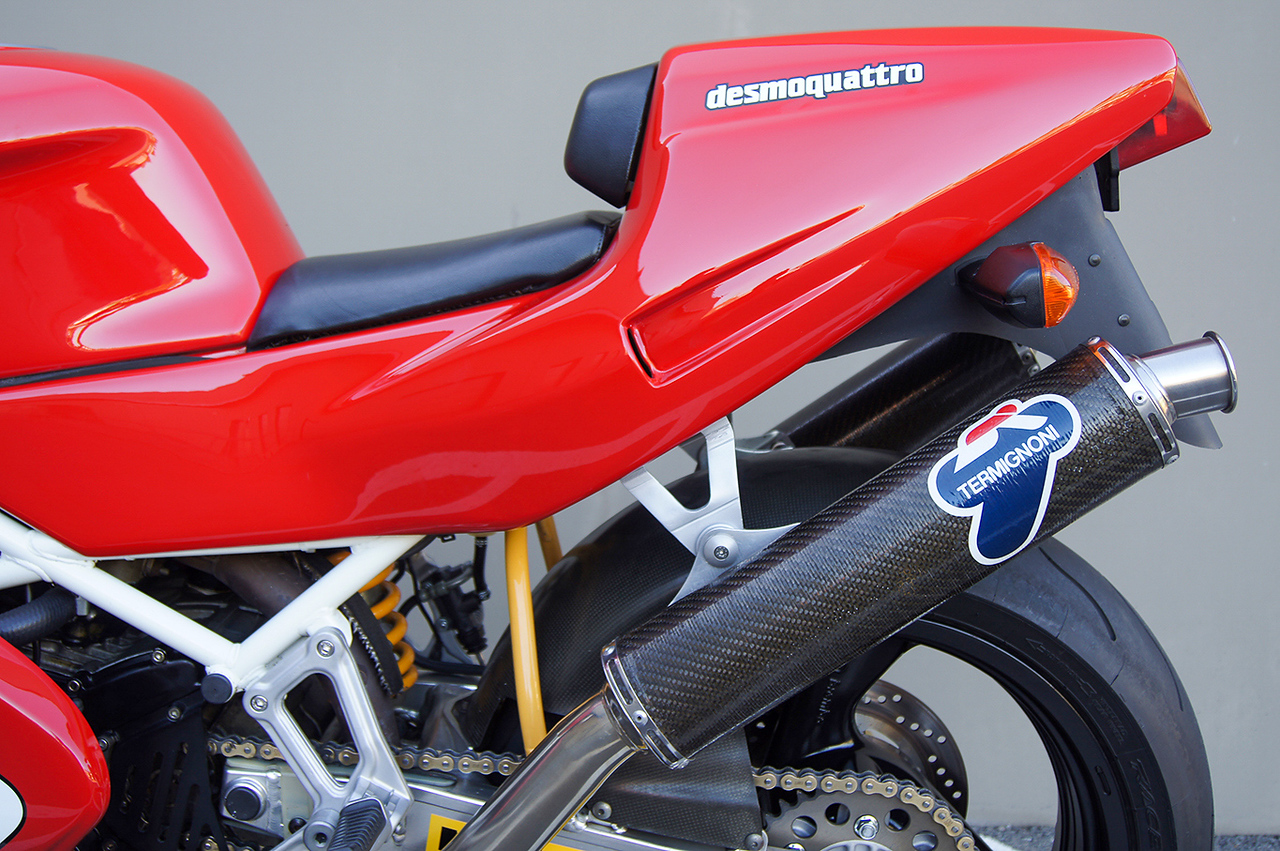 “The bodywork is absolutely in perfect condition, not a single flaw anywhere.”

There are some minor nicks in the paint of the frame. 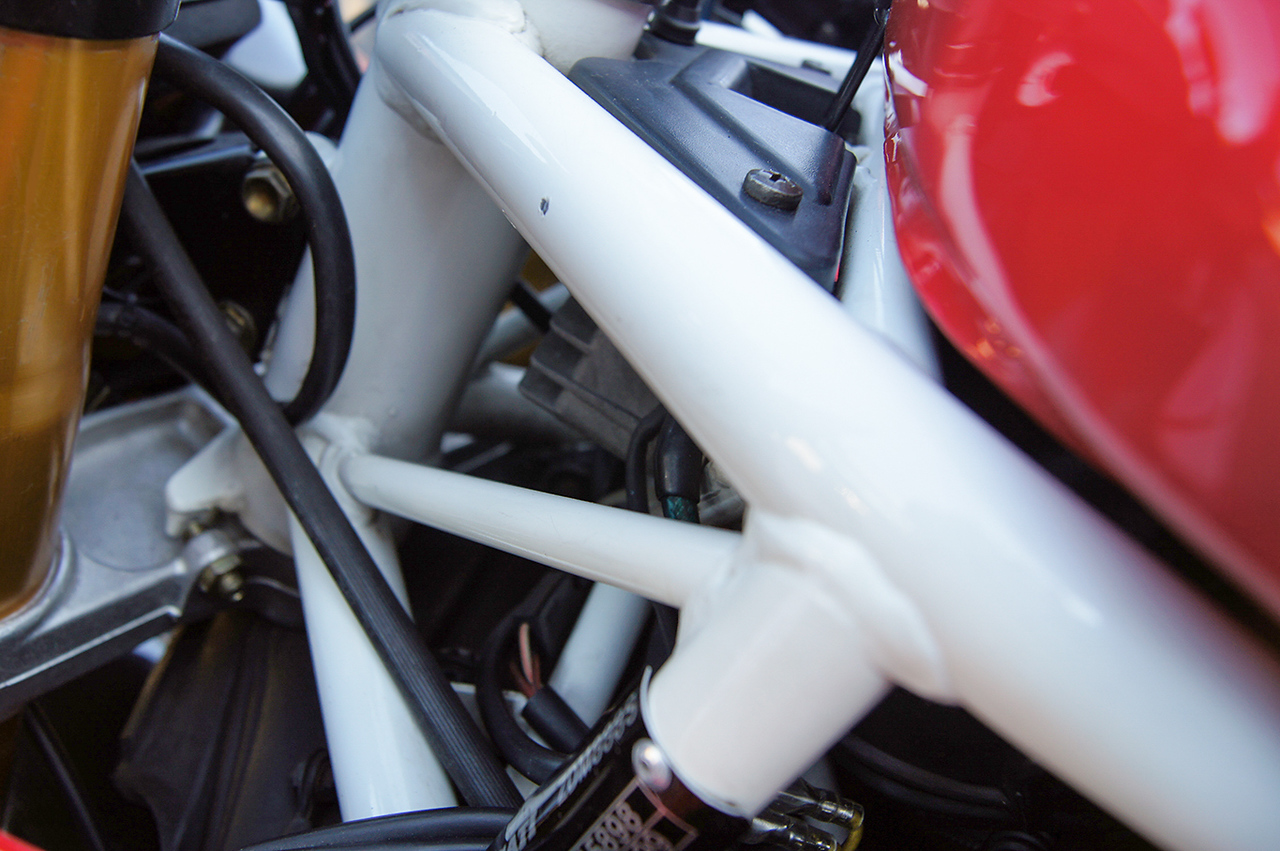 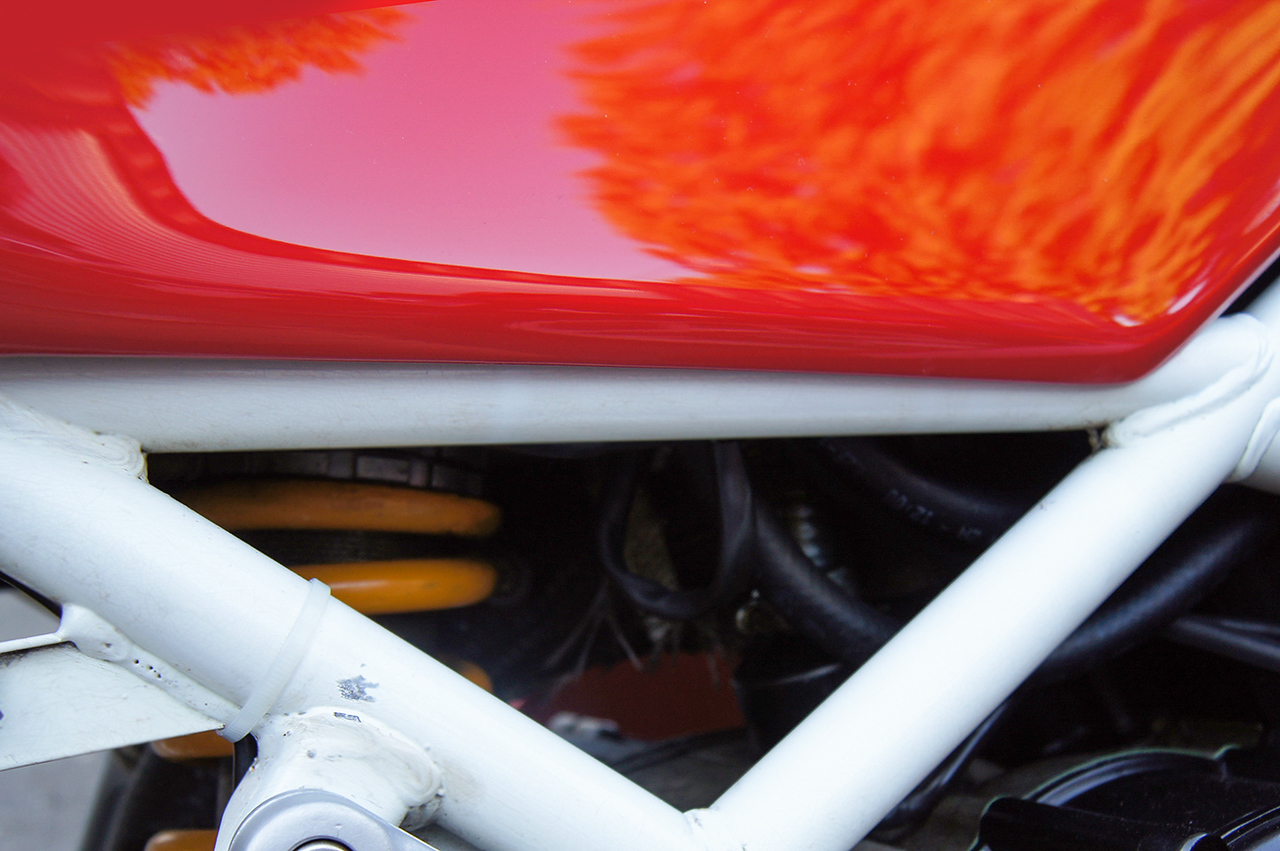 We’ve seen some great stuff from him in the past (like this Yamaha YZF750SP), but he’s selling this SP4 as he has “too many bikes in the shop”.

This SP4 just had a full service – “everything was inspected and replaced if needed.” The service included spark plugs, new belts, new chain, air filter, brake pads, brake fluid flush, and an oil change. There are no mechanical issues to report. As always, let us know if you have any questions and we’ll do our best to get you answers!

Hi, Do you know how many SP4.s were made in the total production run?

The highest production number we’ve seen a photo of is 609.

New to the site and curious about how the title situation is described in listings. Has this been properly imported with documentation or is it truly a bill of sale?

Martillo – this was a mistake on my part, my apologies. This bike is sold on a clean Washington state title in the dealer’s name. I’ve updated the listing to reflect that. Sorry for the confusion.

Thank you for the correction Abhi.