Additional photos of this 2007 Ducati Monster S4R are available here for your perusal.

The 2007 S4R marked an evolution of more power, less weight, and a new front end for the Ducati Monster range. When first introduced in 2002, the Ducati S4 set the highest performance standard for a modern naked bike. The success of this model led to the birth of the entire Ducati Monster S4 range, including the S4R and S4RS. 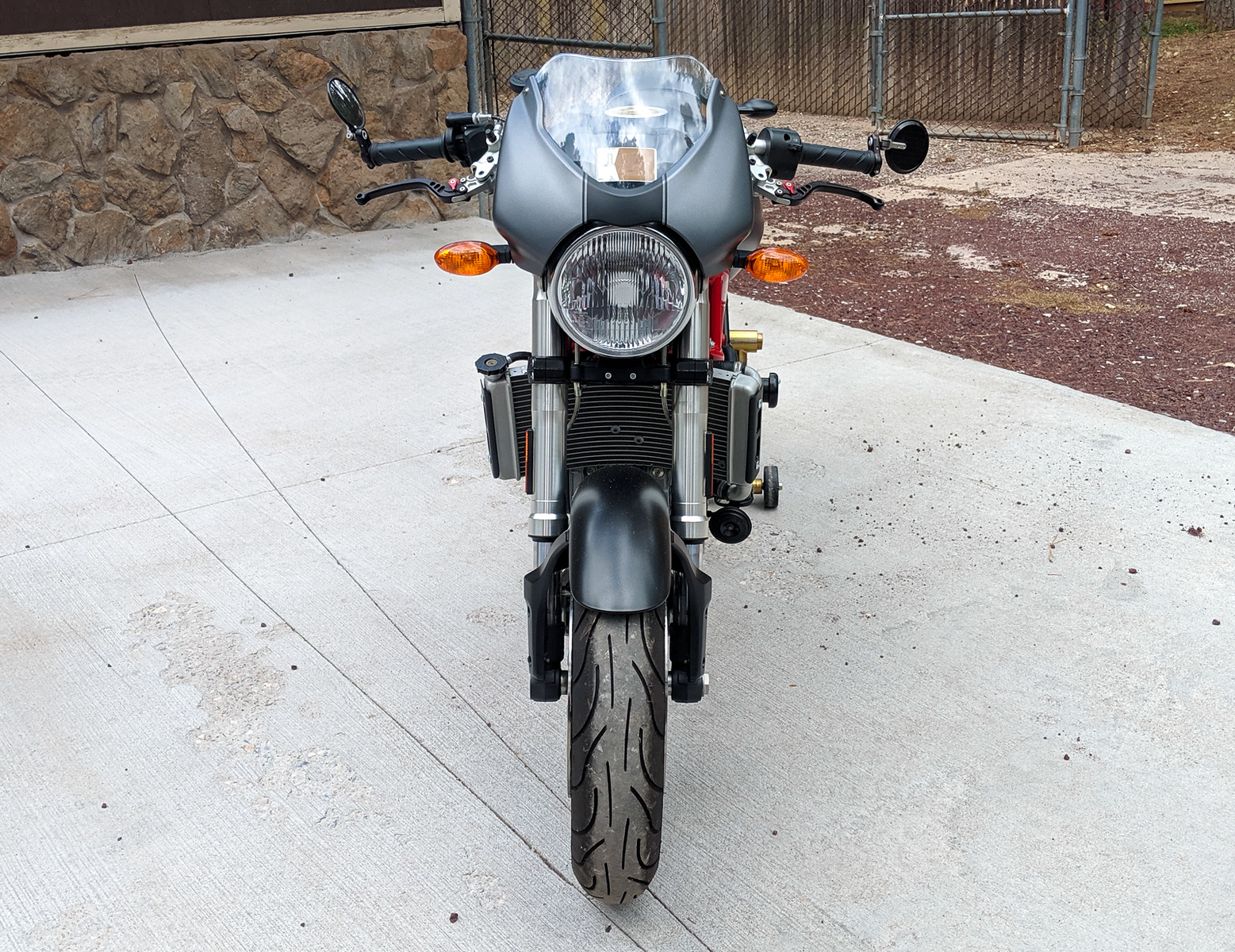 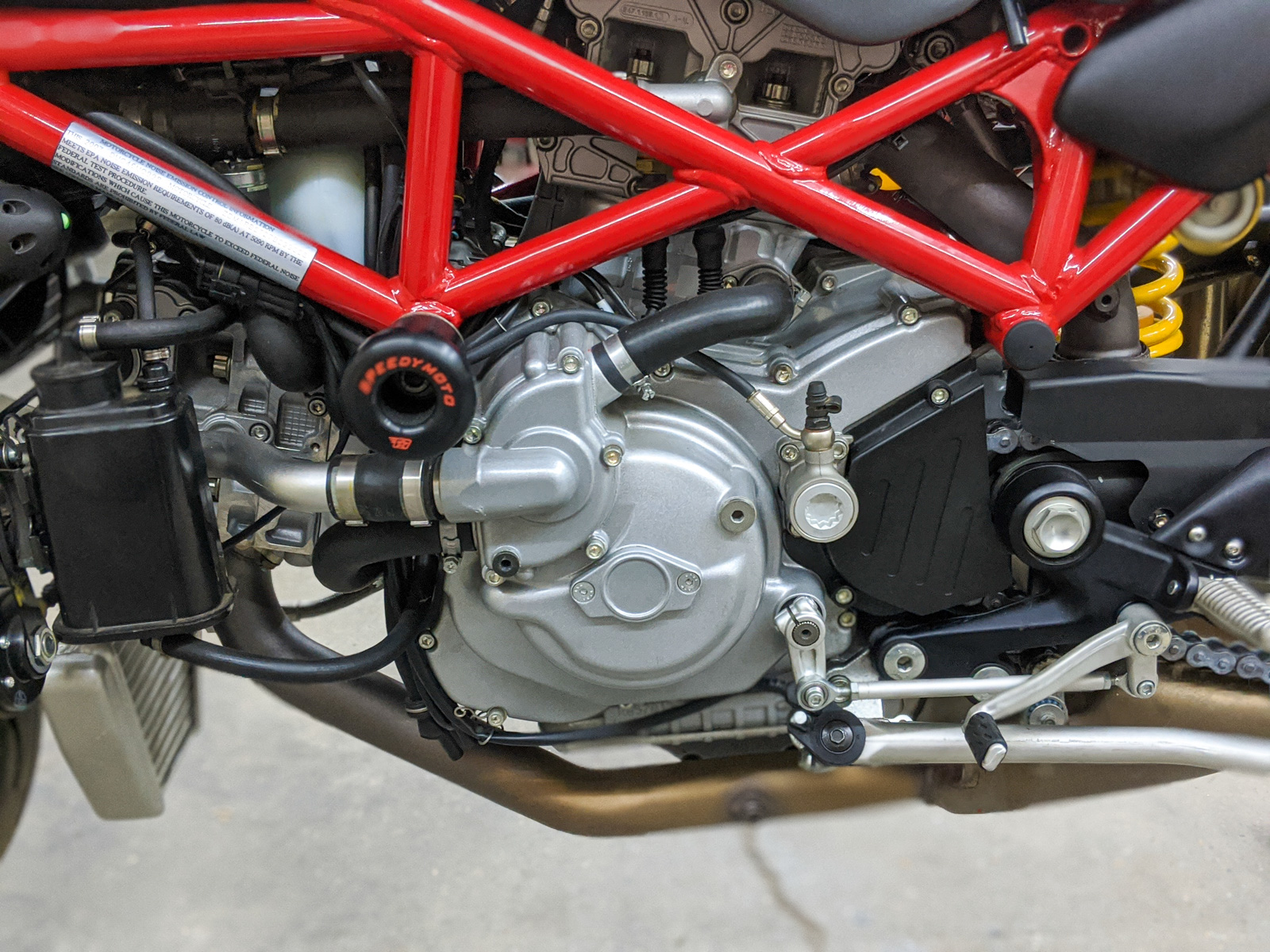 The S4R Testastretta has the traditional clean lines that define the Monster family, and retained the twin vertically stacked shotgun style silencers and aluminum alloy single-sided swing-arm. New for 2007 were Y-shaped 5 spoke rims that improve the rigidity/weight ratio and reduce unsprung weight, which resulted in better handling. The 2007 Monster S4R Testastretta had an original MSRP of $12,995.

The only flaw is a few scratches on the left fork leg from removing an inspection sticker.

It received a new battery in the spring, oil is changed every season, has never seen rain, and has the original tires and belts. It has lived its entire life in climate controlled garages in Texas and Arizona. It is started on a regular basis in both summer and winter, lives on a battery tender, and has had no ethanol gas in the tank.

The bike has a clear Arizona title and is currently garaged in Flagstaff, Arizona. It is being sold by the second owner, who has owned it less than a year. The bike was purchased from a family friend of the current seller – the perfect cliche of a 73 year-old woman that rode it to Starbucks on weekends. The owner is selling because he needs to do home improvements. This Ducati S4R also comes with the owner’s manual, factory code card, red key, and two black keys.

This is a well-modified, incredibly low-mileage example of a factory hopped-up Monster. It’s ready to show or go – what will you choose?