Click here for an CycleVIN Motorcycle History Report on this 2008 Suzuki B-King. Additional photos are available here for your perusal.

A byproduct of the booming mid-2000’s sportbike sector, naked motorcycles — aka “street fighters” — offered the power and performance of a superbike, in a detuned, more street-able package with upright riding positions and a lack of bodywork. More and more sportbike enthusiasts began embracing these more practical naked machines, and consequently, manufacturers introduced new “street fighter” variants of their existing sports models to meet the segment’s growing demand. 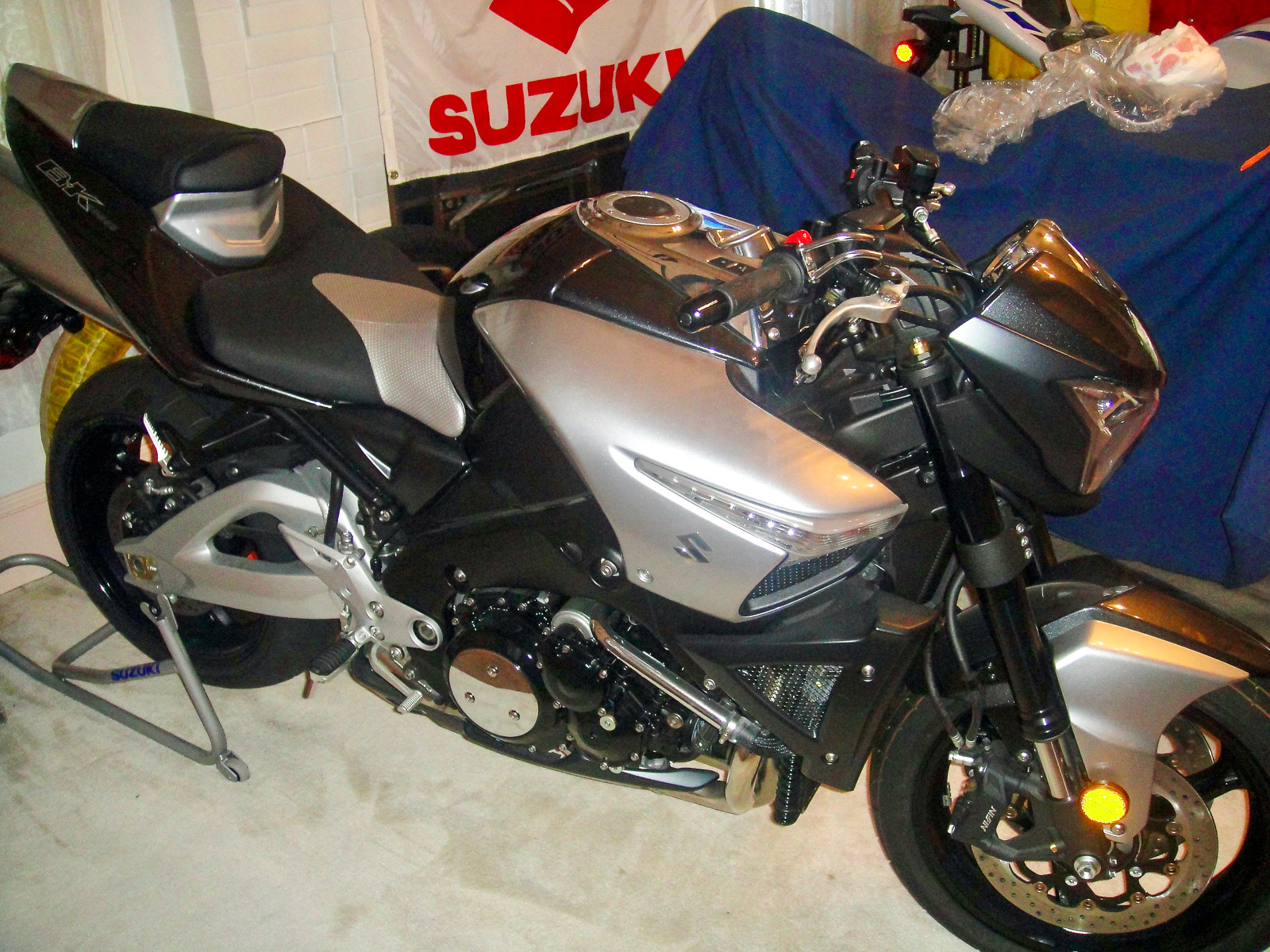 A decade after Suzuki released its Blackbird-eating GSX1300R Hayabusa, the Japanese marque introduced a new version of the model, stripped of its distinctive bodywork, known as the “B-King”. What started as an over-the-top supercharged Hayabusa concept first shown at the 2001 Tokyo Motor Show with a massive 240-section rear tire, eventually generated enough hype and interest to the point where the suits in Hamamatsu green-lit the development of a naked ‘Busa production model nearly half-a-decade-later.

First released in 2008, the B-King 1300 is powered by a modified version of the second generation Hayabusa’s liquid-cooled, 1,340cc, 16V, DOHC, inline-four with a different ignition and revised fuel-injection mapping. The B-King still boasted its fully-faired counterpart’s slipper clutch and Suzuki Drive Mode Selector (S-DMS), though with one fewer mode. The potent four-banger also received a new 4-2-1-2 exhaust system that culminated in a pair of under-seat cans.

Tweaks were made to yield greater low and mid-range power at the expense of top-end grunt, ultimately resulting in more usable performance characteristics for the road. While the changes did reduce horsepower by around ten-or-so (to 181hp at 9,500rpm), torque was brought up to almost 110ft-lbs (at 7,200rpm). The B-King’s twin-spar cast aluminum frame is also based on that of the Hayabusa, though it too has been reworked to better suit the revised engine and geometry.

With the gearing also revised for the street, the B-King’s top speed was limited to around 160mph, though it got there in an instant, with the ability to complete standing quarter-mile runs in under 10.5 seconds. The B-King was equipped with suspension that was more conducive to road-going duties as well. A 43mm inverted fork and mono-shock from KYB — adjustable for compression, reload, and rebound — soak up imperfections while a set of radial-mount quad-pot Nissin calipers chomp down on 310mm rotors to bring the naked beast to a stop.

Instead of merely hacking off the bottom half of the Hayabusa’s fairing and calling it a day, Suzuki opted to give the B-King its own completely unique bodywork design. Out in back a sporty and waspish tail section jets upward in typical street-fighter-fashion, suspended high above the beefy rear tire. A new tank boasts knee-dents that smoothly flow into an aggressive set of intake scoops decked out with flush, integrated turn signals. Below the intakes are pointy, triangular radiator cowls, sitting behind an idiosyncratic and angular front-fender. The headlight is a small street-fighter-style unit, capped off with a small cowl.

Unfortunately, the B-King failed to resonate with the street-fighter crowd, and after a single year of production, Suzuki pulled the plug on the naked model. This has made B-King’s surprisingly rare, as their seldom nature is compounded by the fact that Suzuki produced very few units while the bike was being built. Today we’ve got something even rarer, as this example (VIN: JS1GX71A682101533, Engine #: X702-105167) has never been ridden and shows zero miles on the odometer.

The seller is the original owner – he purchased it from Suzuki of Winston-Salem in March of 2010. He has an extensive collection of Suzukis and recently sold a 0-mile Suzuki Hayabusa Limited Edition and a 0-mile Suzuki GSX-R1000 1 Million Commemorative Edition through Iconic Motorbike Auctions.

He states that it has no cosmetic or mechanical issues. 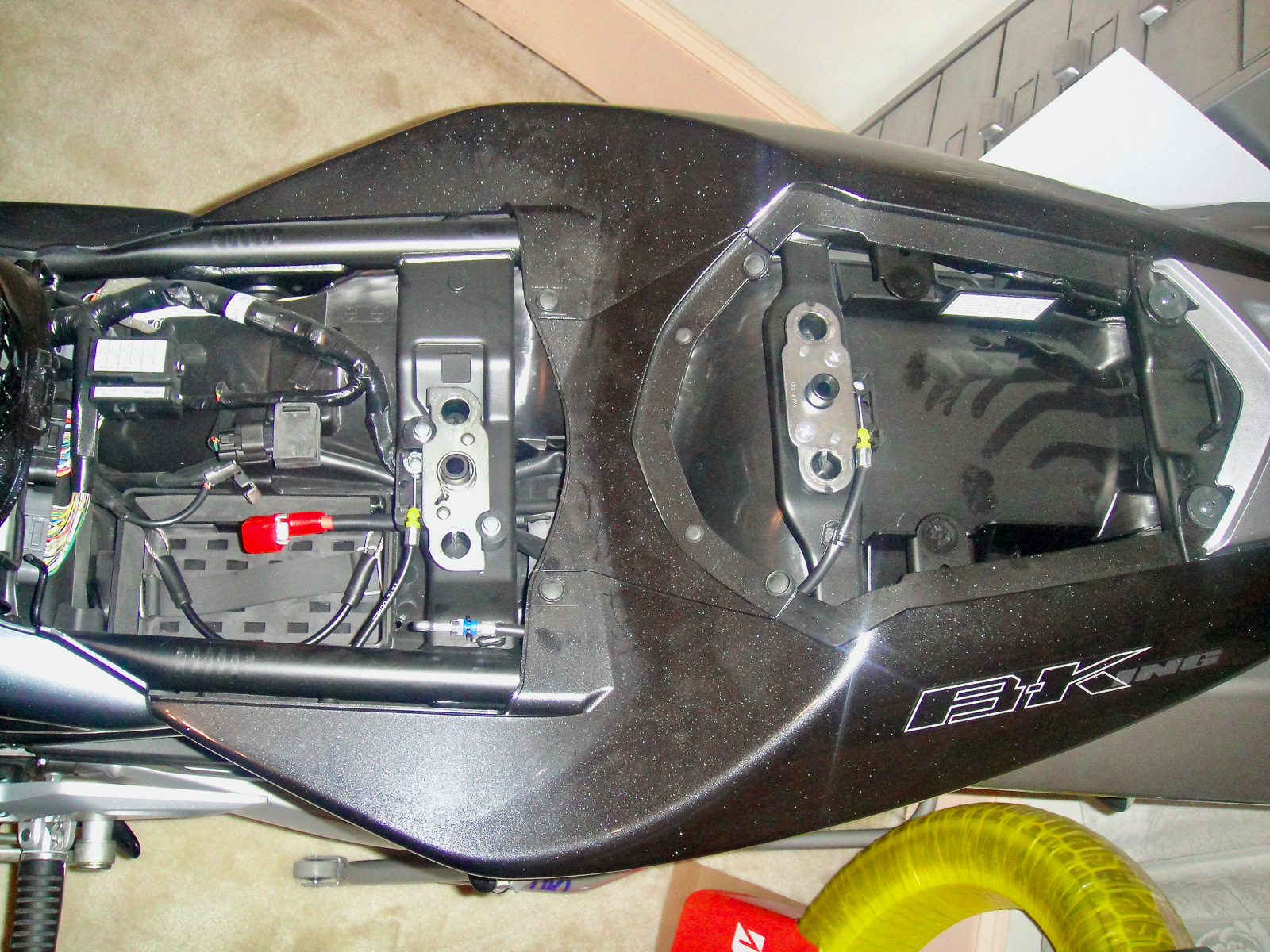 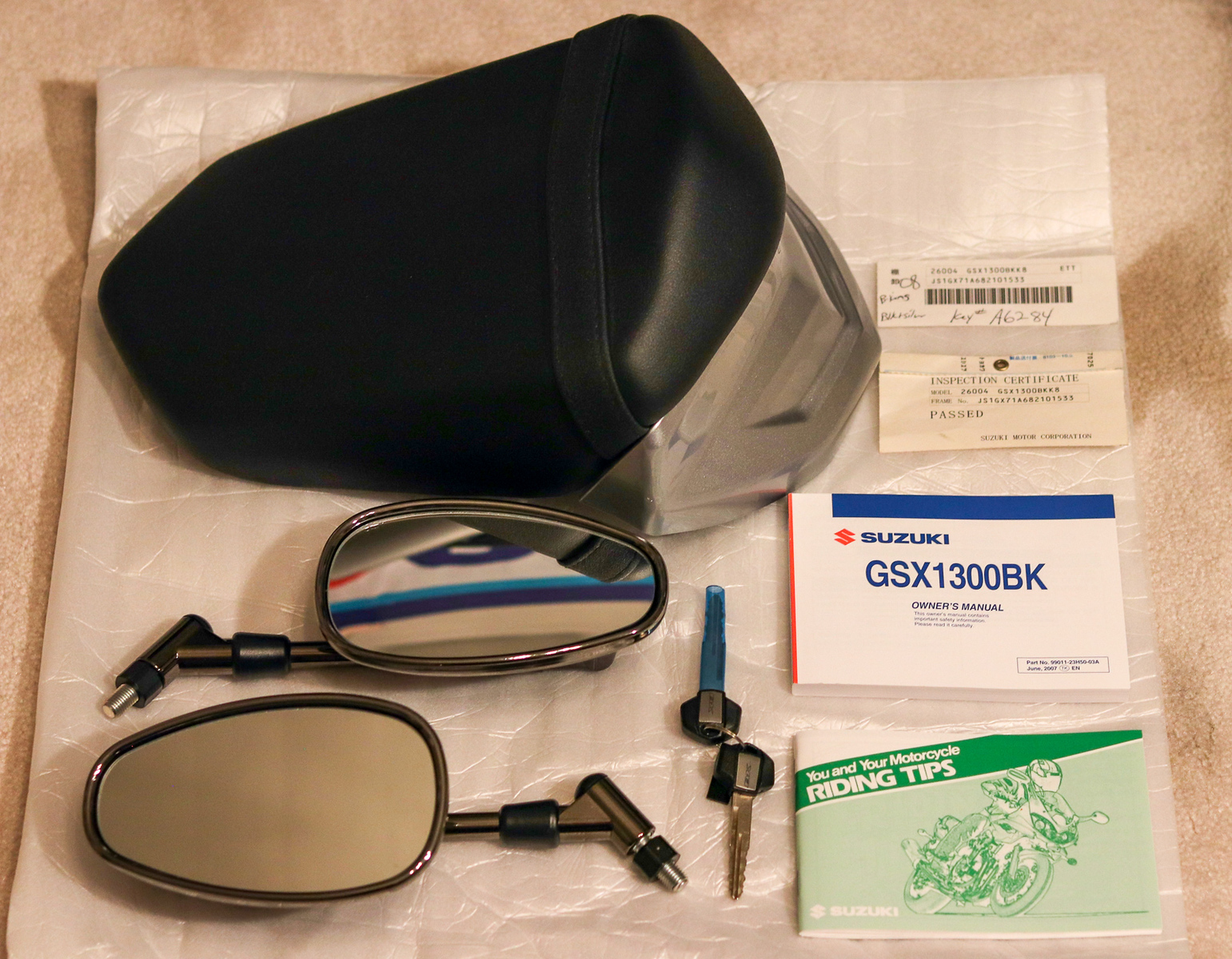 Currently located in Mount Airy, North Carolina, this Suzuki is offered on a clean North Carolina title. The seller is letting it go as he is getting too old to ride and does not have anyone to leave his collection to. Have any B-King stories or questions about this listing? Let us know in the comments!